“Nikkapokka” Pants in Style on the Construction Site (Photos)

Culture May 20, 2017
Photographer Matsuda Tadao’s portraits of Japanese construction workers are taken on site, capturing the reality of their jobs with the sweat and grime of a hard day’s efforts. As well as being fitted to their work, distinctive, baggy nikkapokka pants help these laborers to stand out in the crowd.

The distinctive form of the baggy nikkapokka pants worn by Japanese construction workers catches the eye. Billowing outward below the knee, they taper sharply at the ankles. The pants are an adaptation of the knickerbockers worn by early Dutch settlers in New York, which later became fashionable as sportswear. This is where they take their name, although workers now often shorten it to nikka. 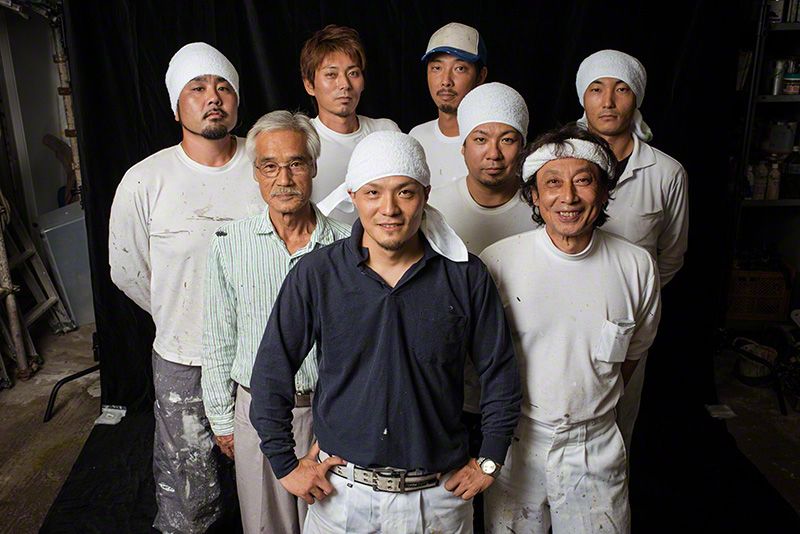 A group of painters.

Loose trousers are comfortable for construction site work, which requires repeated standing and squatting. They are particularly important for high-rise tobi workers who are constantly climbing up and down scaffolding. But keeping them tight at the hems prevents them from catching on equipment or tools and causing an accident. 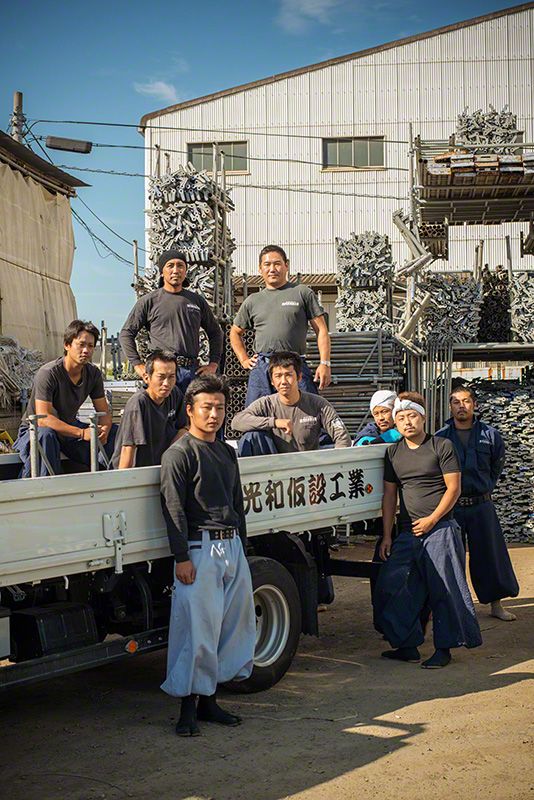 “Strong wind can be hazardous for tobi,” photographer Matsuda Tadao explained, “but some say the baggy material ensures they are immediately aware of it, and that they can even tell which direction it’s blowing in. Others suggest the pants act as an extension of their sense of touch to help avoid anything dangerous sticking out around their feet in a tight space. I’ve even heard crazy stories about them reducing the impact of falls by catching the wind like the flaps of skin used by flying squirrels. But I think the truth is that a lot of construction workers like festivals and showy clothes, so the pants have got wider and longer to make them stand out.”

Nikkapokka are often paired with jikatabi footwear, a sturdier variation on split-toe tabi socks. Rubber-soled jikatabi allow for greater grip and awareness of what is underfoot. This is why they remain popular with workers operating on scaffolding and other high places, even while steel-toed safety boots have become standard at many large construction firms.

A Sense of Reality

Nikkapokka and jikatabi are also being snapped up by cosplayers. The ballooning shape of nikkapokka is considered a perfect match for many anime characters, and jikatabi are essential ninja footwear. The market extends overseas via the Internet, with jikatabi in particular enjoying rising online sales. Some cosplayers like their jikatabi so much they start wearing them in everyday life. 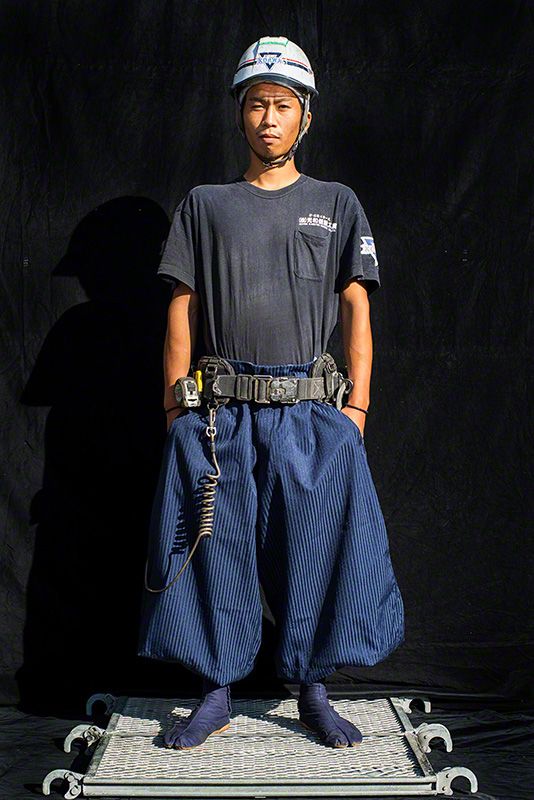 A 25-year-old scaffolding worker with perfectly coordinated jikatabi and nikka.

To avoid the feeling of a clothing catalogue, Matsuda chose to take pictures of the construction workers on site. The lingering sweat and dirt of the day’s efforts gives each photo a sense of reality. He assembled a simple set with a black background to bring out the workers’ individuality.

Construction is often considered to be what is known in Japanese as a “3K” job as it is kiken (dangerous), kitanai (dirty), and kitsui (demanding). One of the workers told Matsuda that through his photographs he had added another “K” in making them kakkoii, or “cool.” 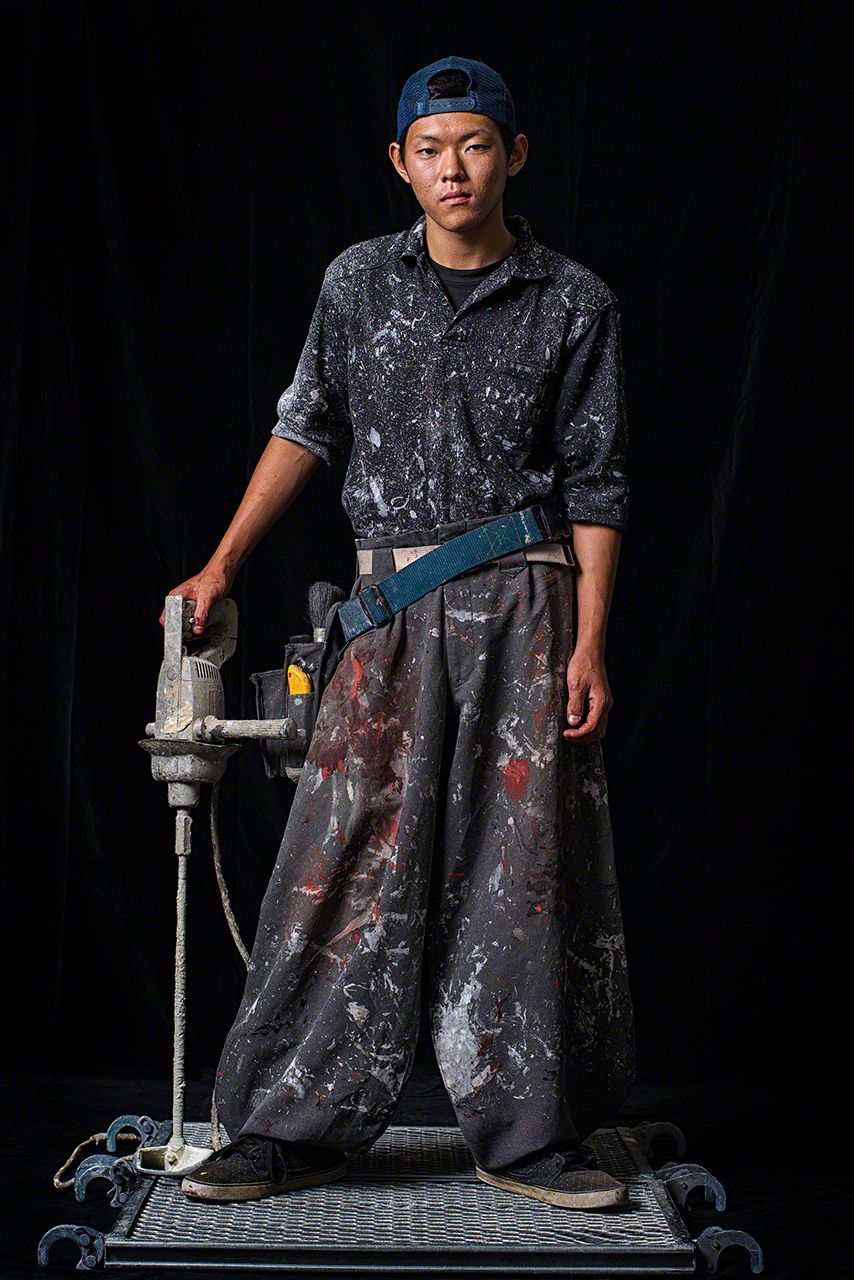 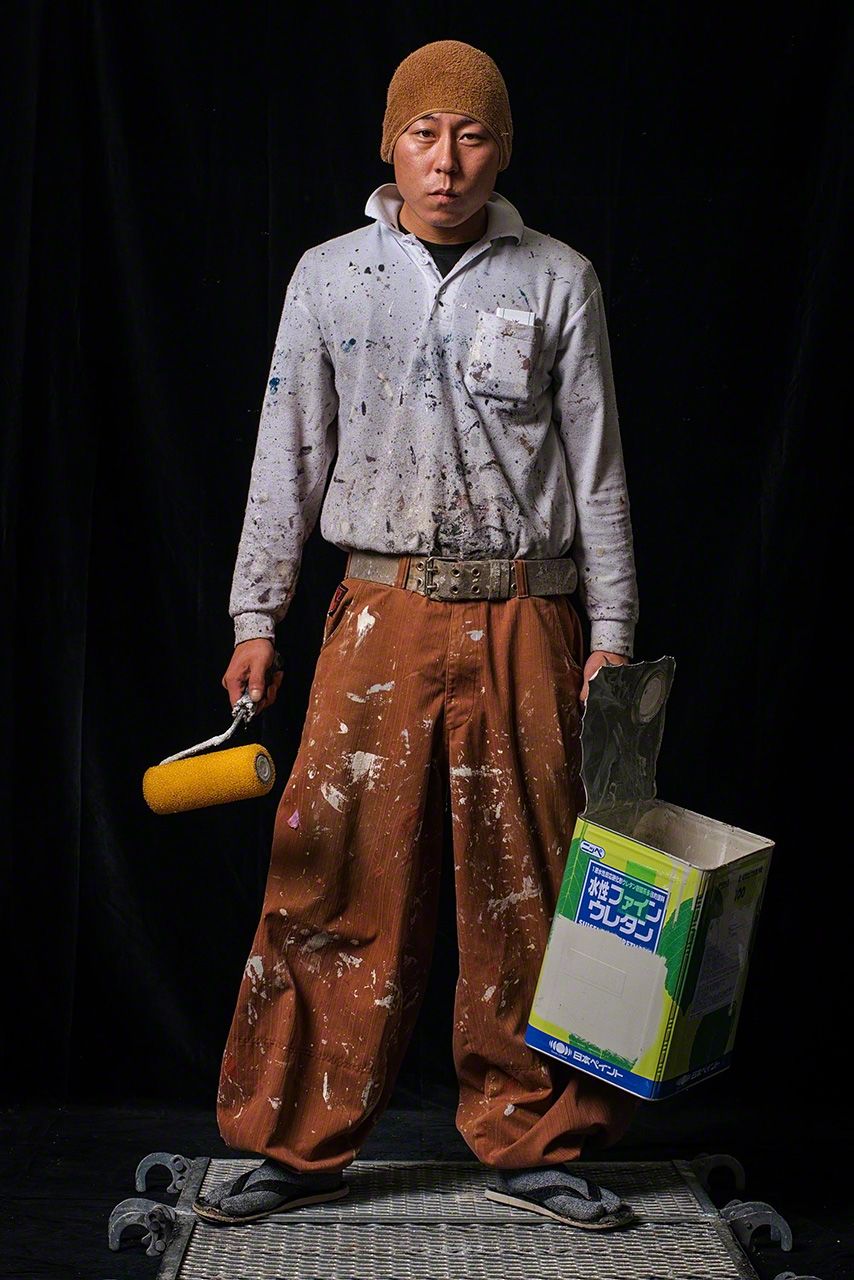 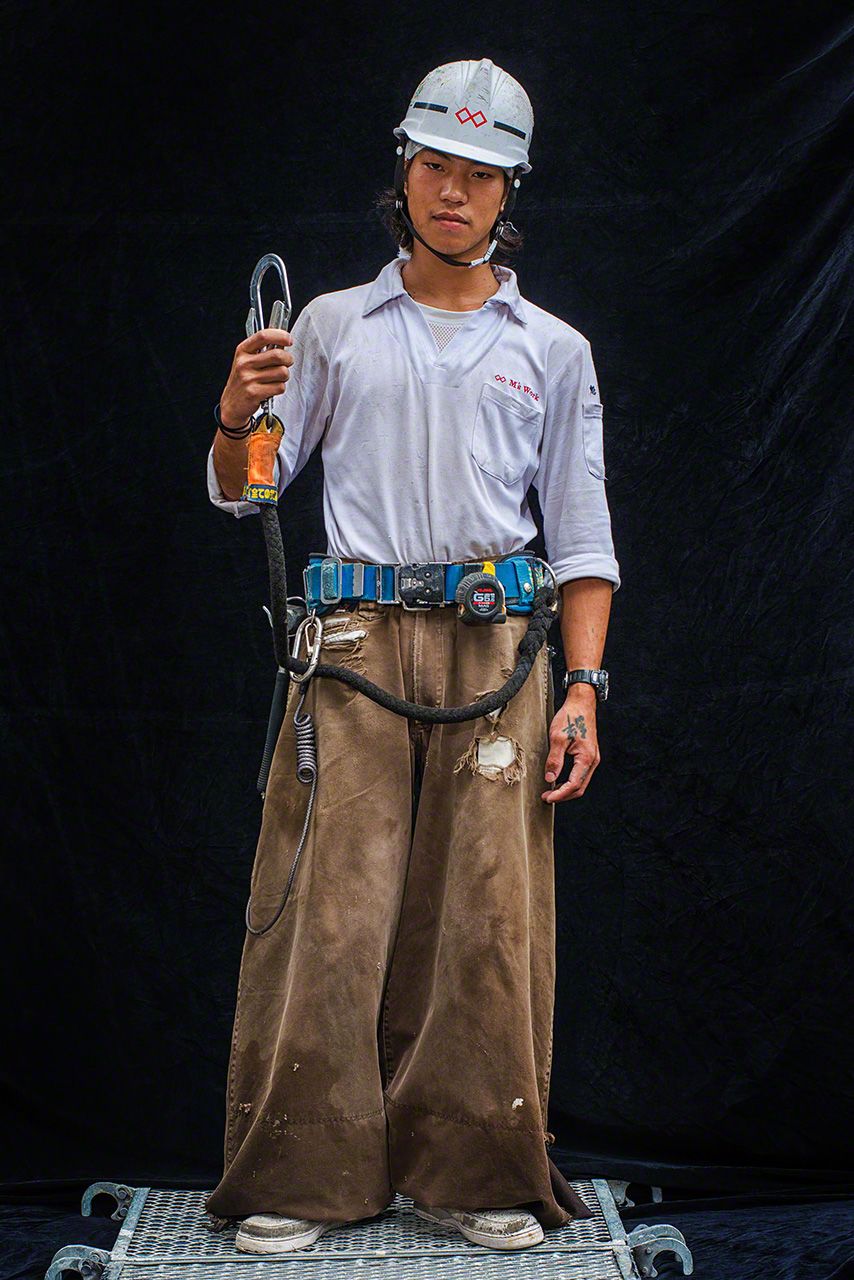 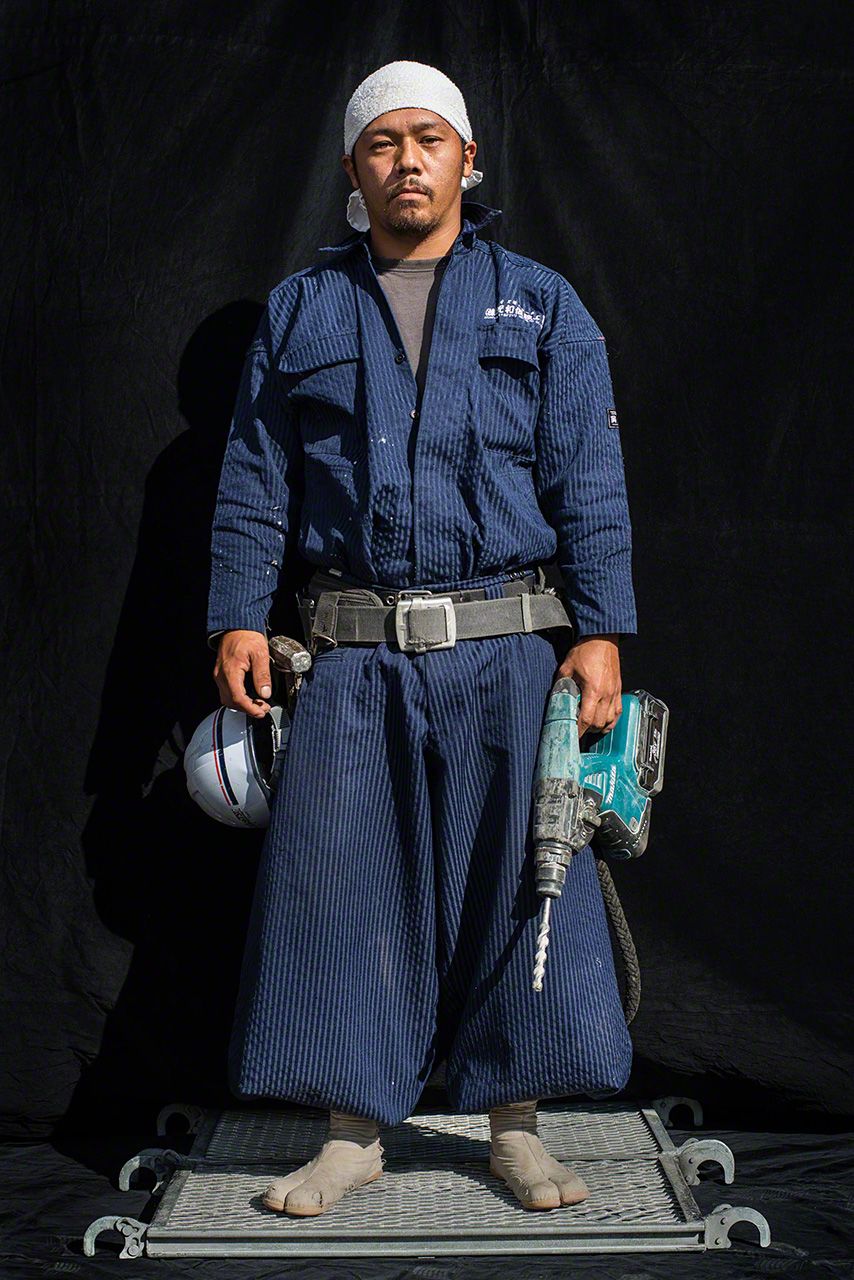 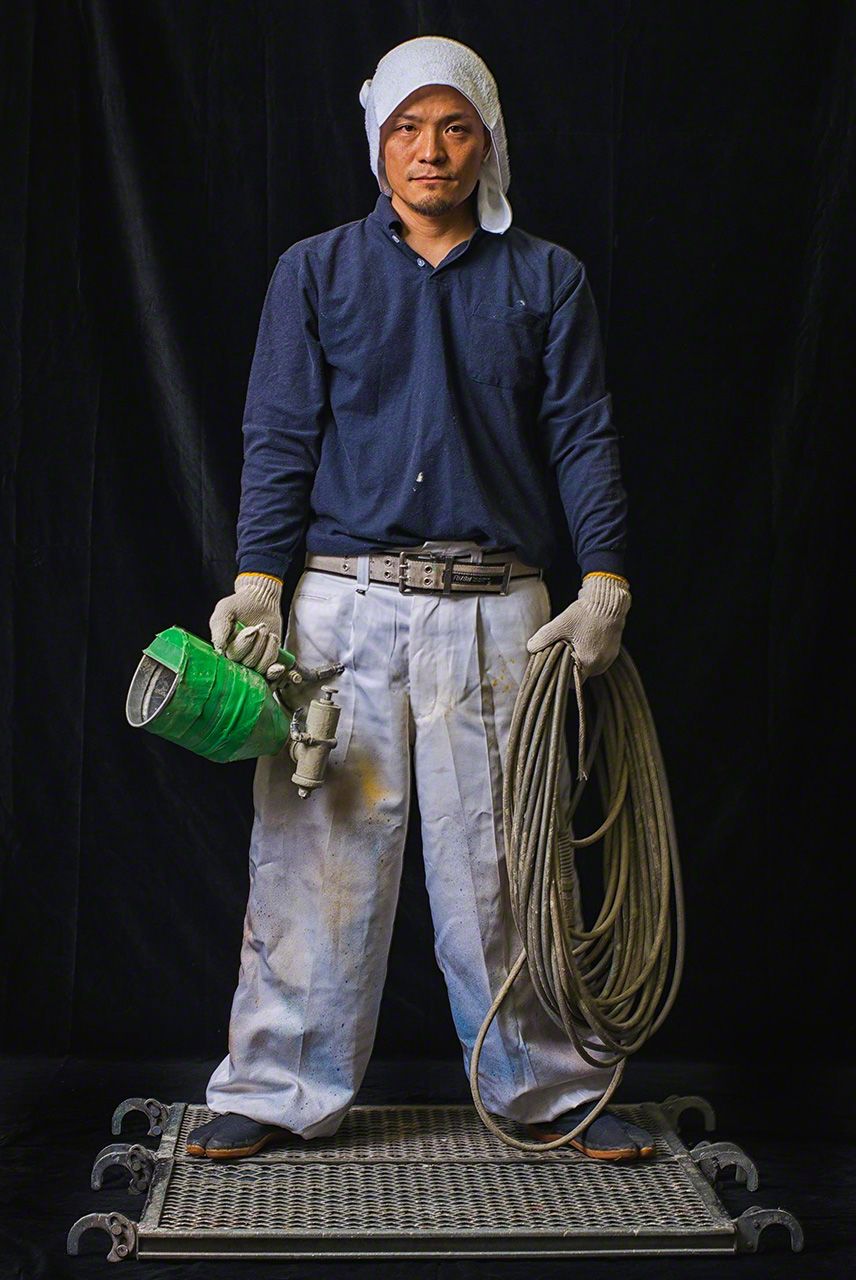 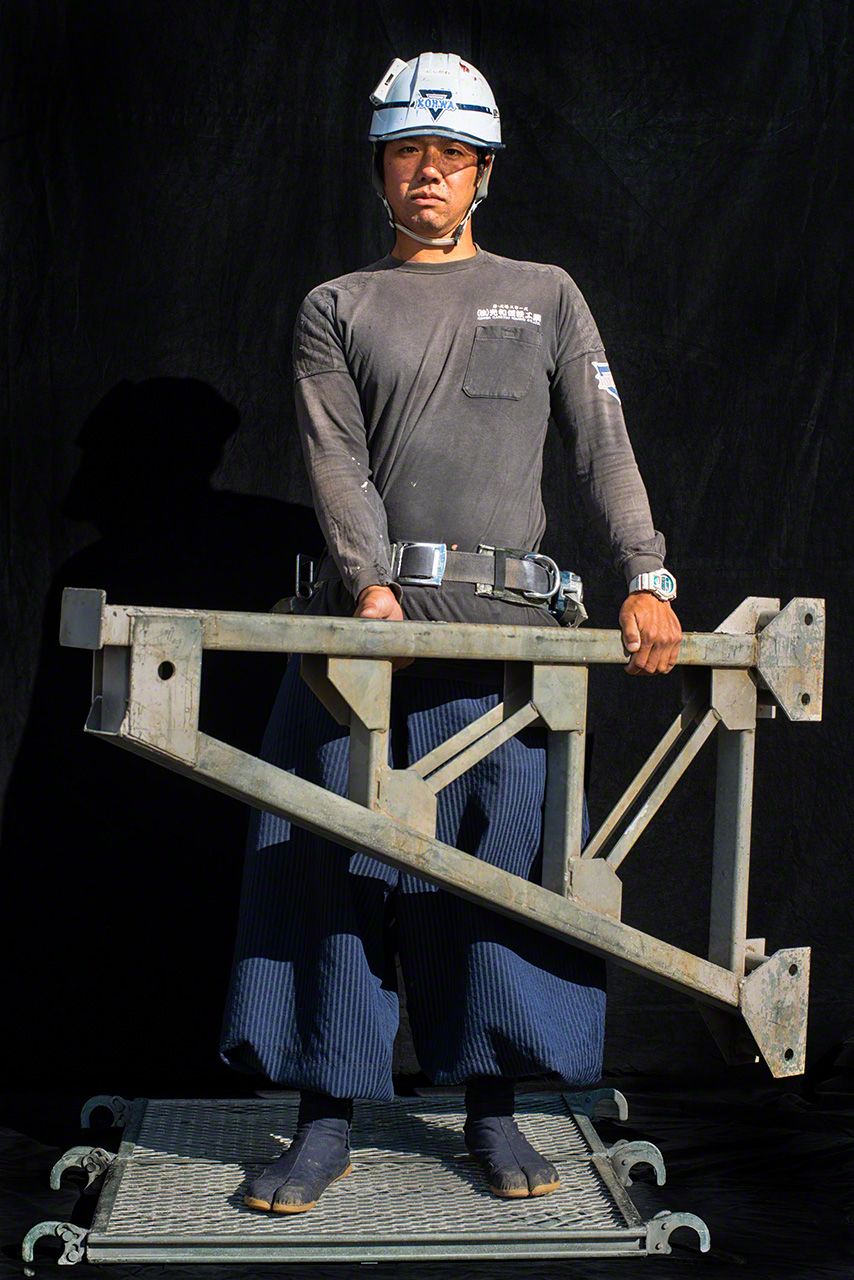 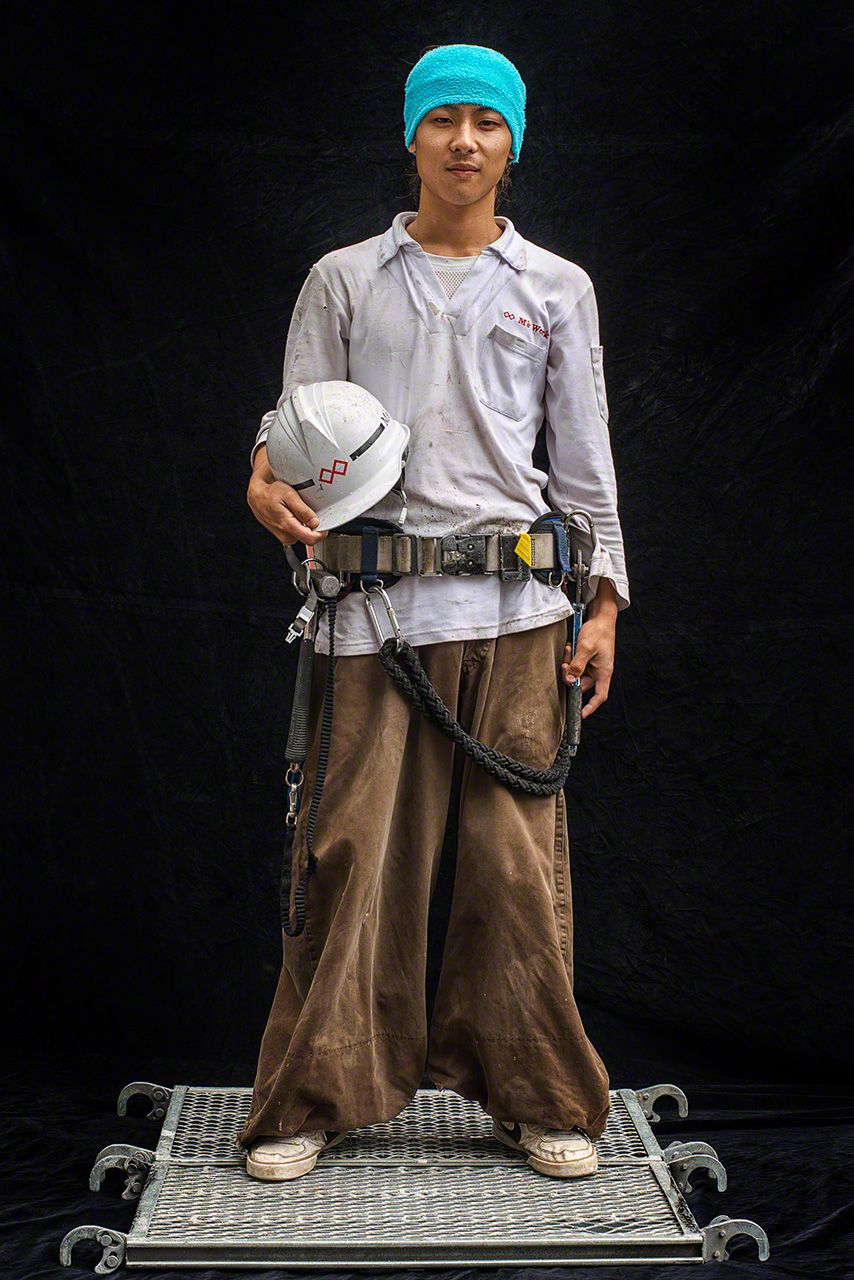 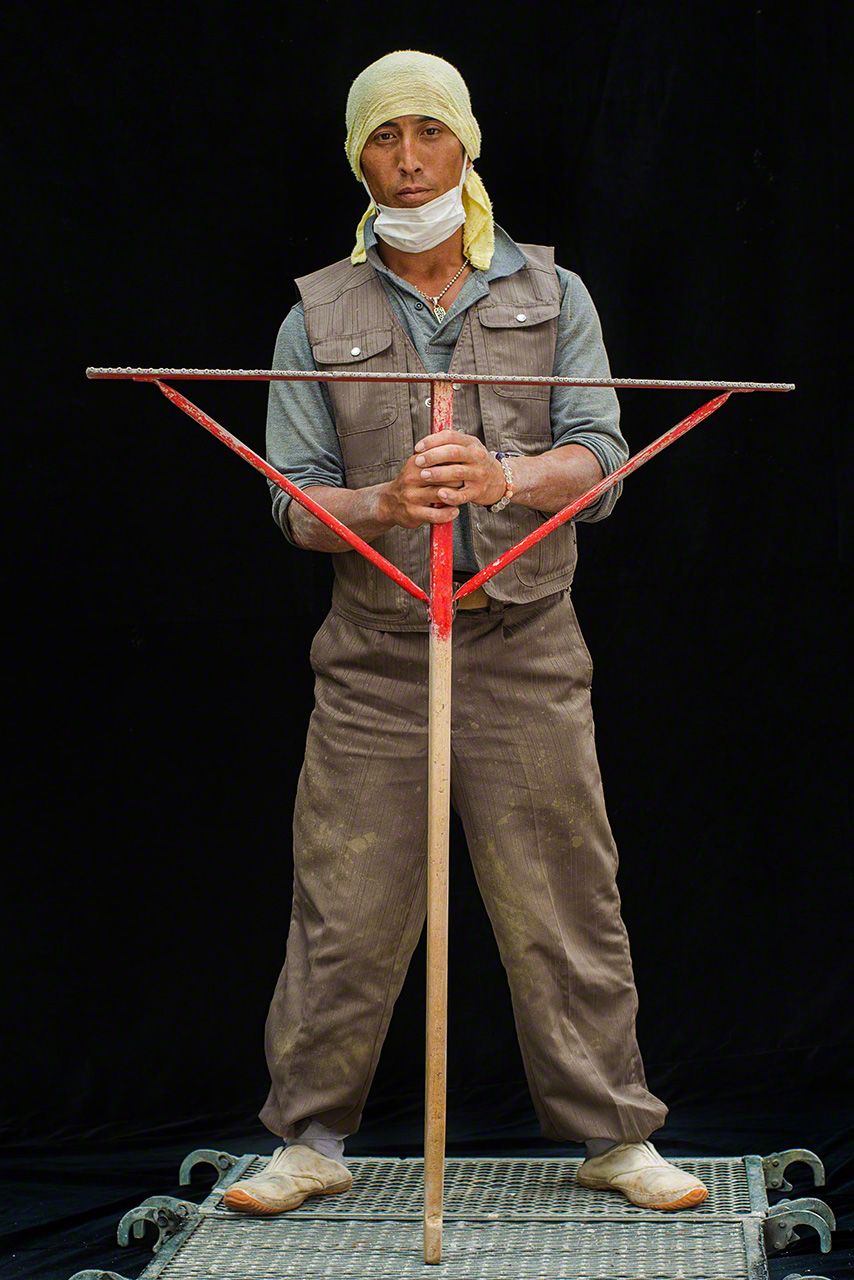 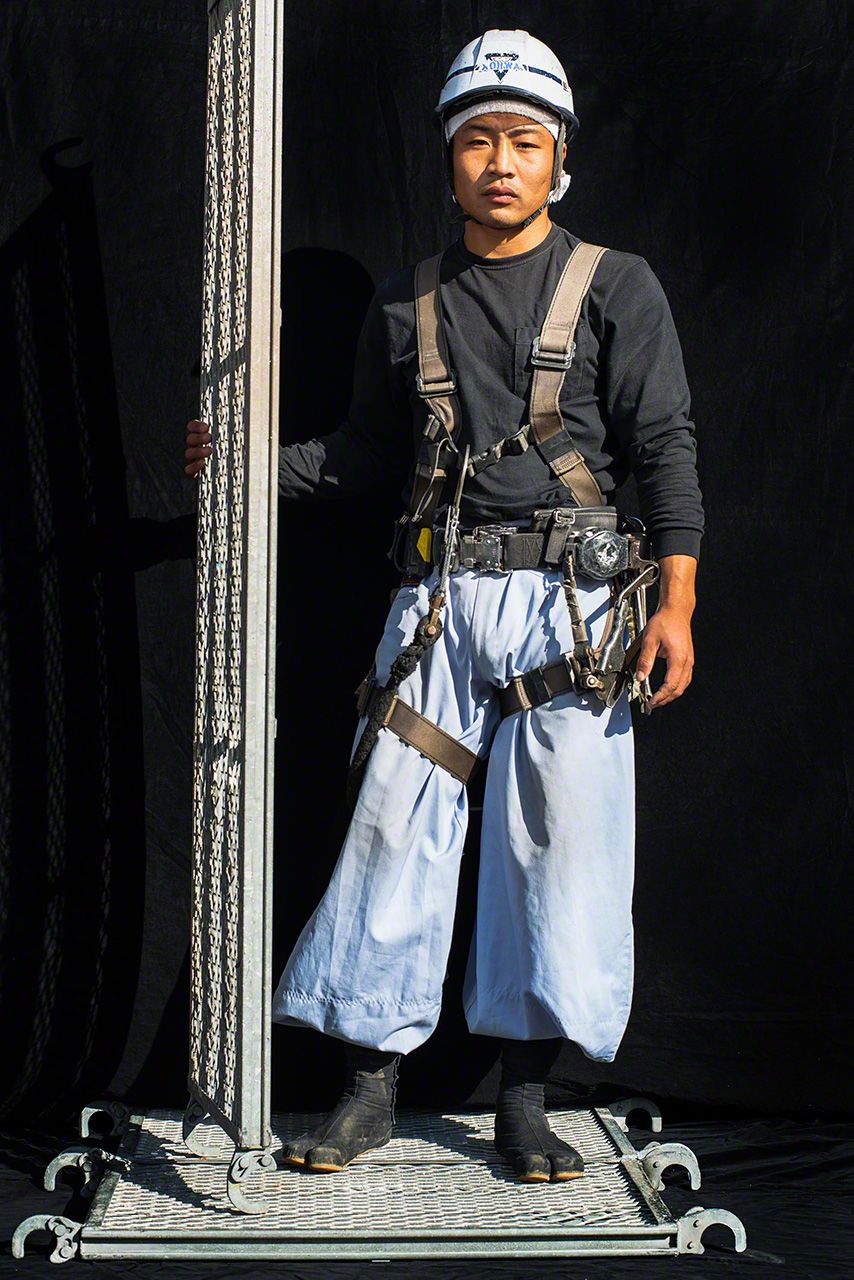 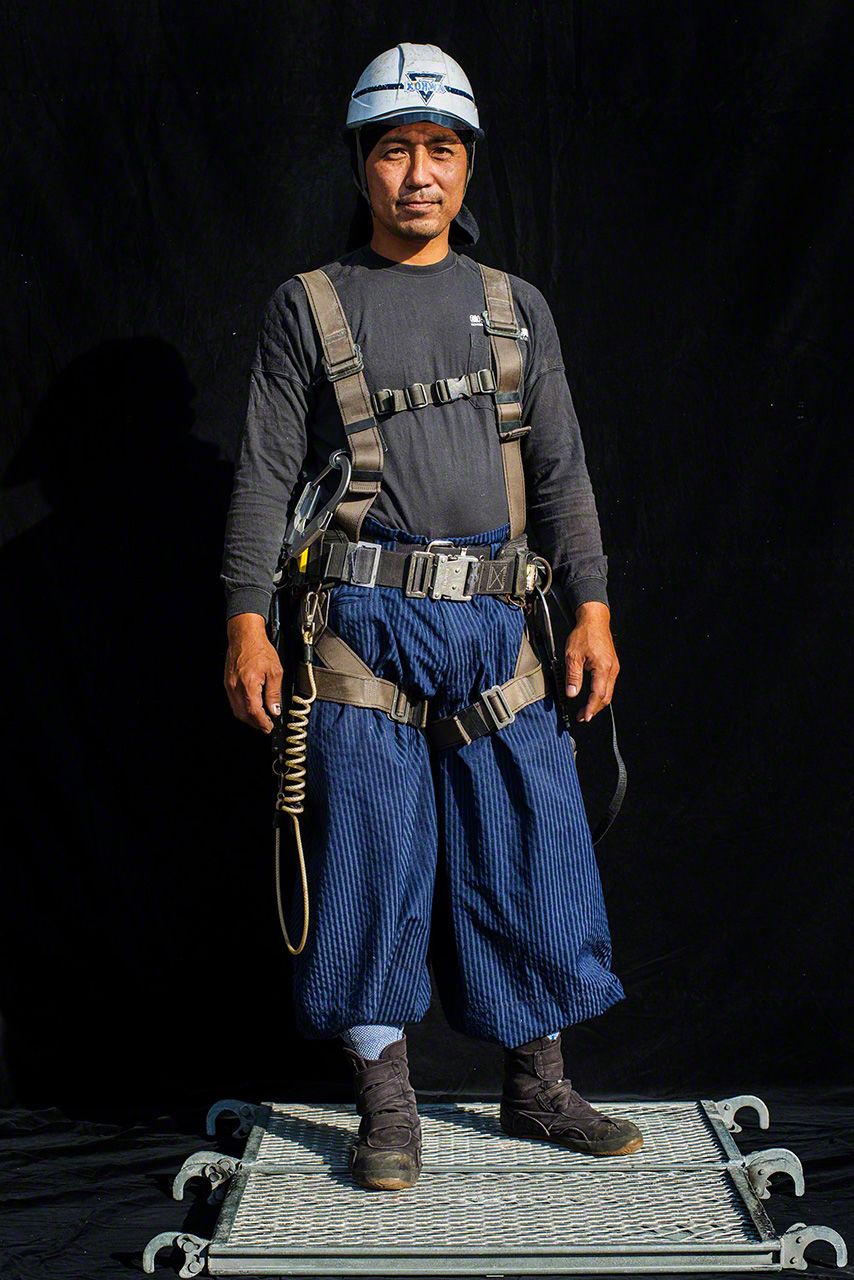 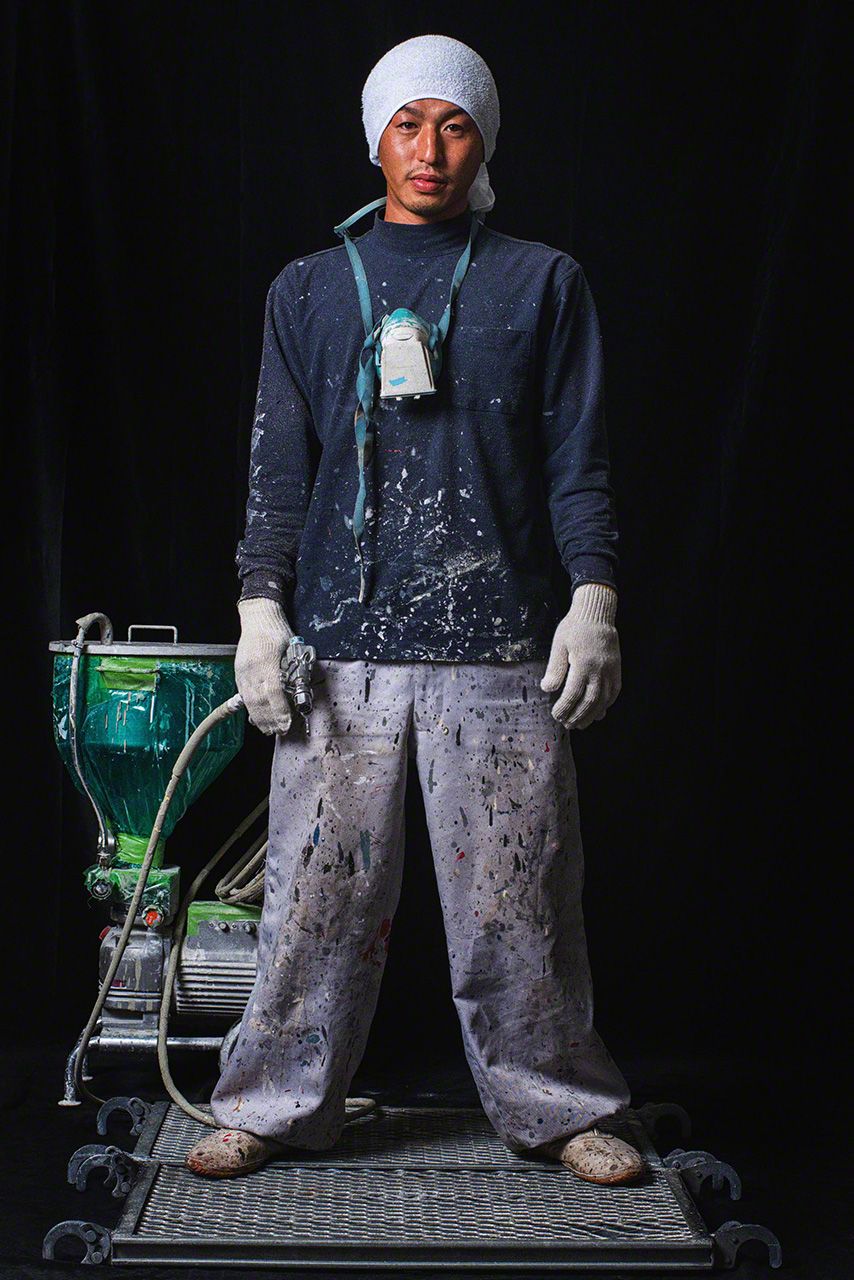 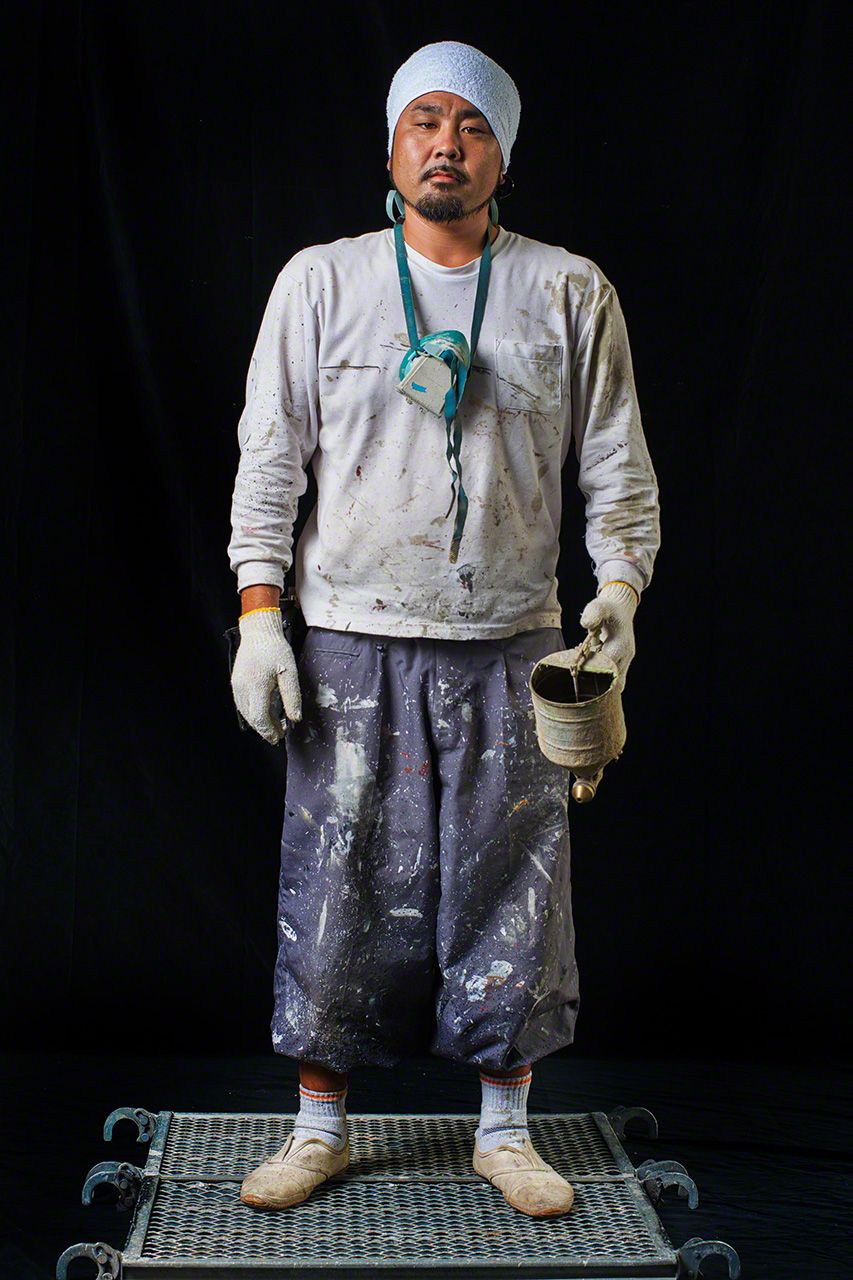 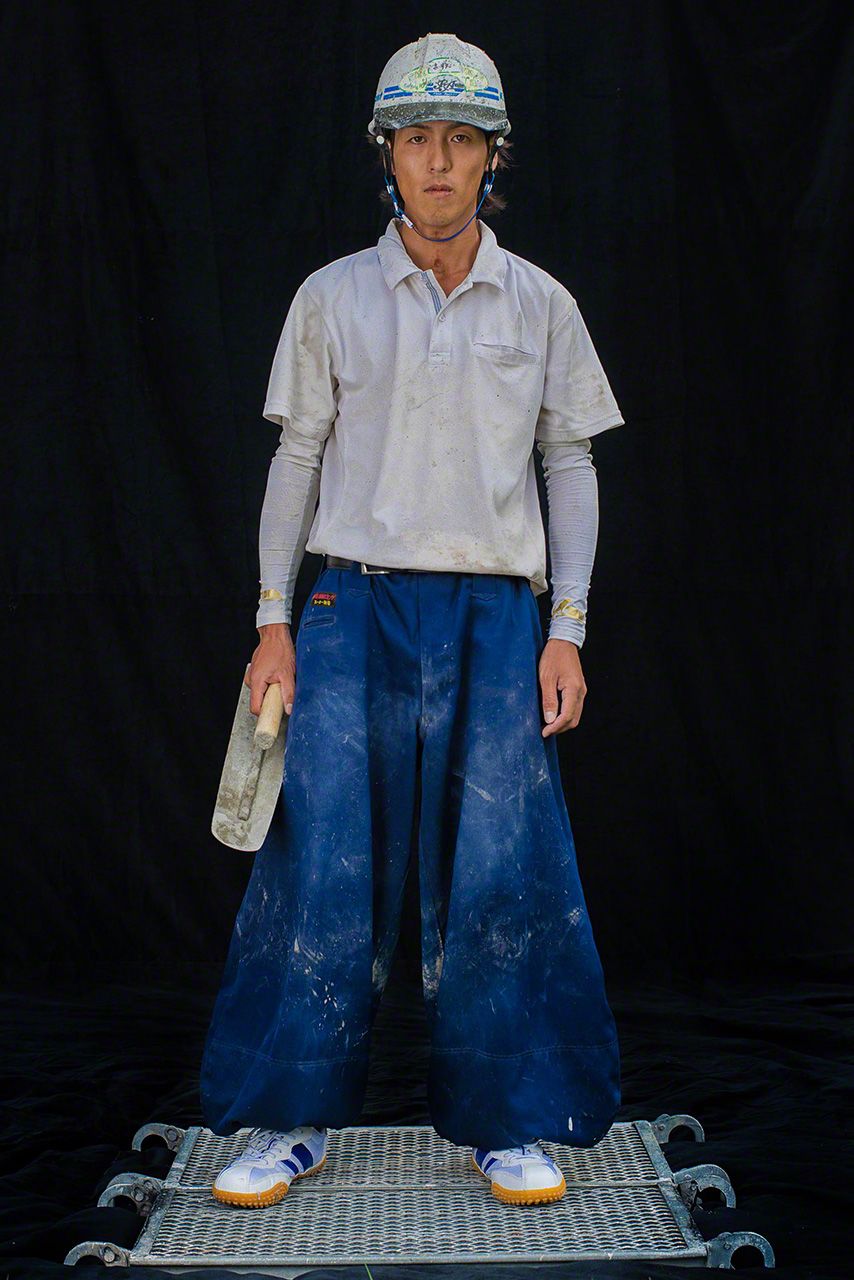 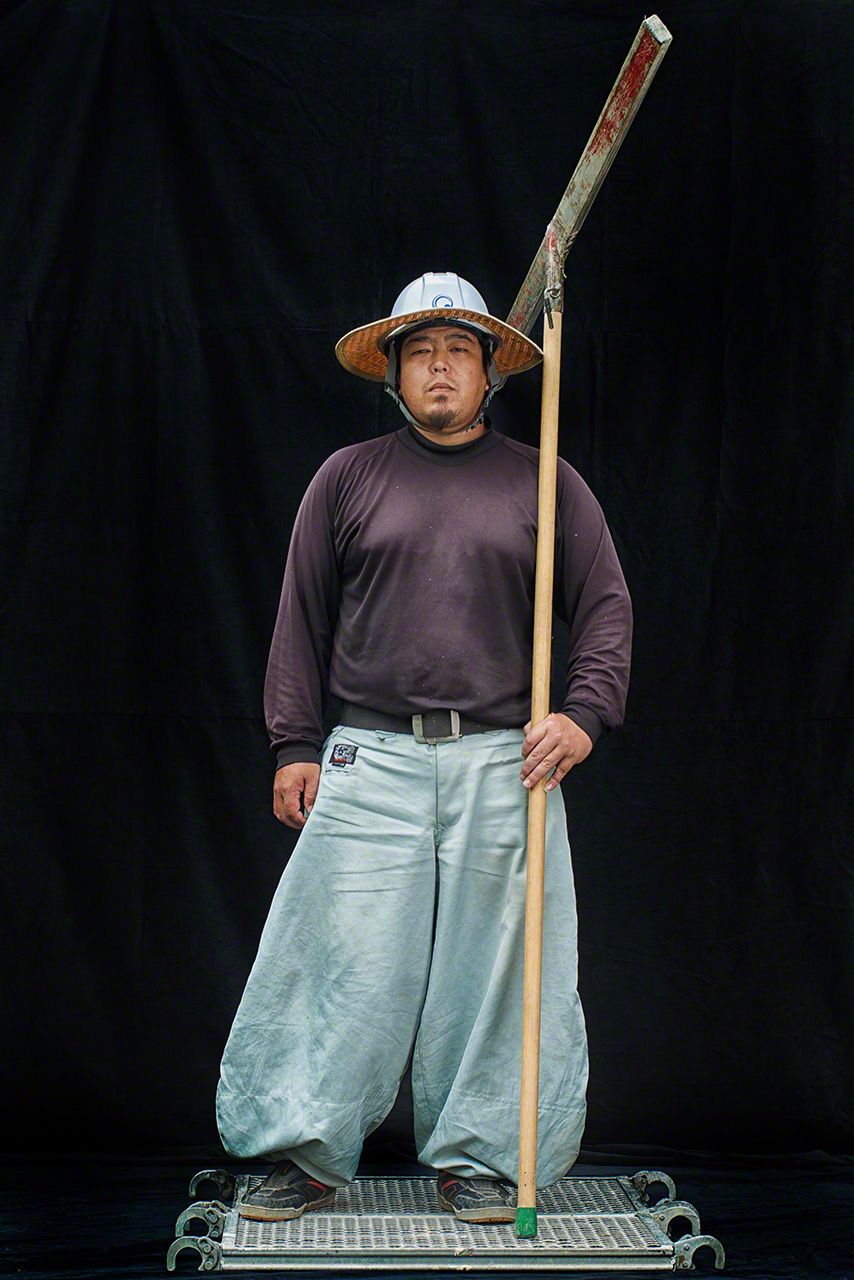 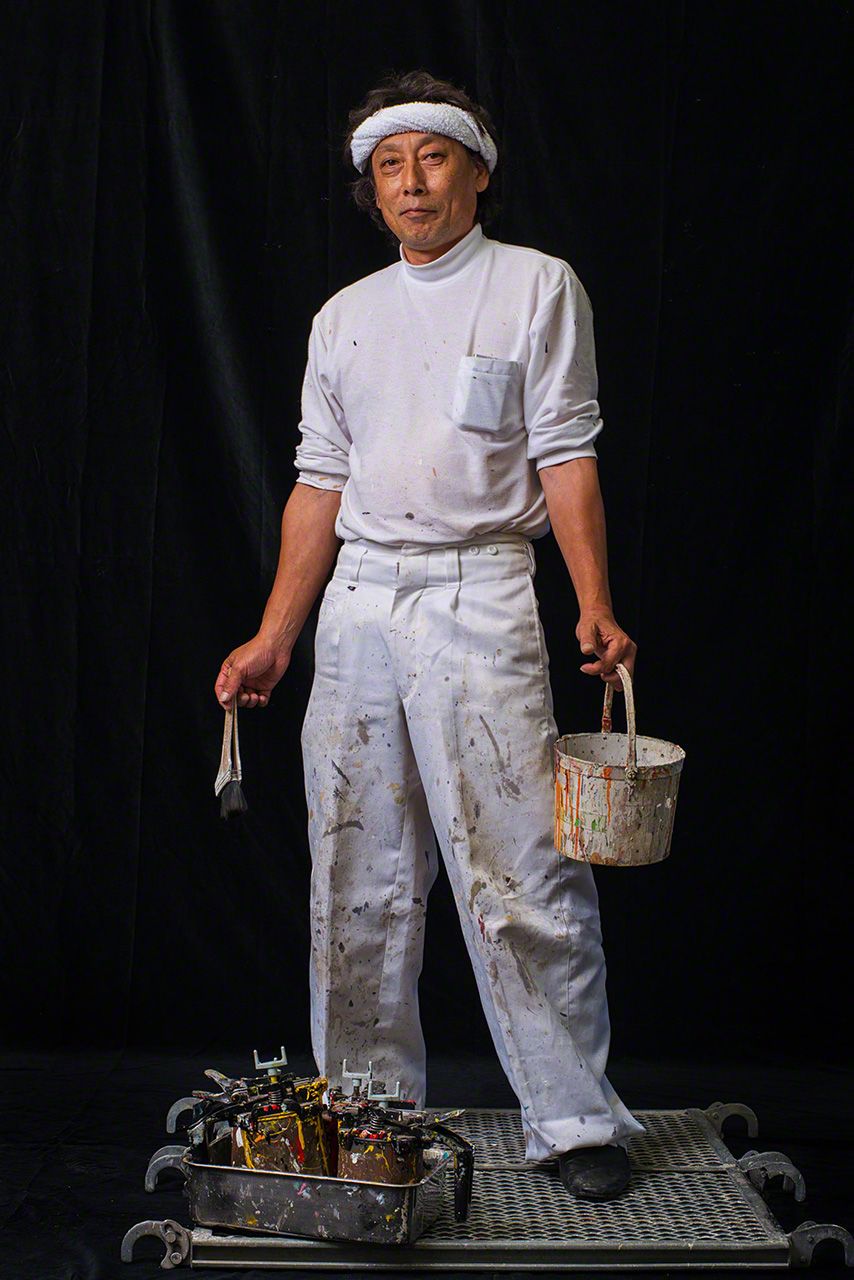 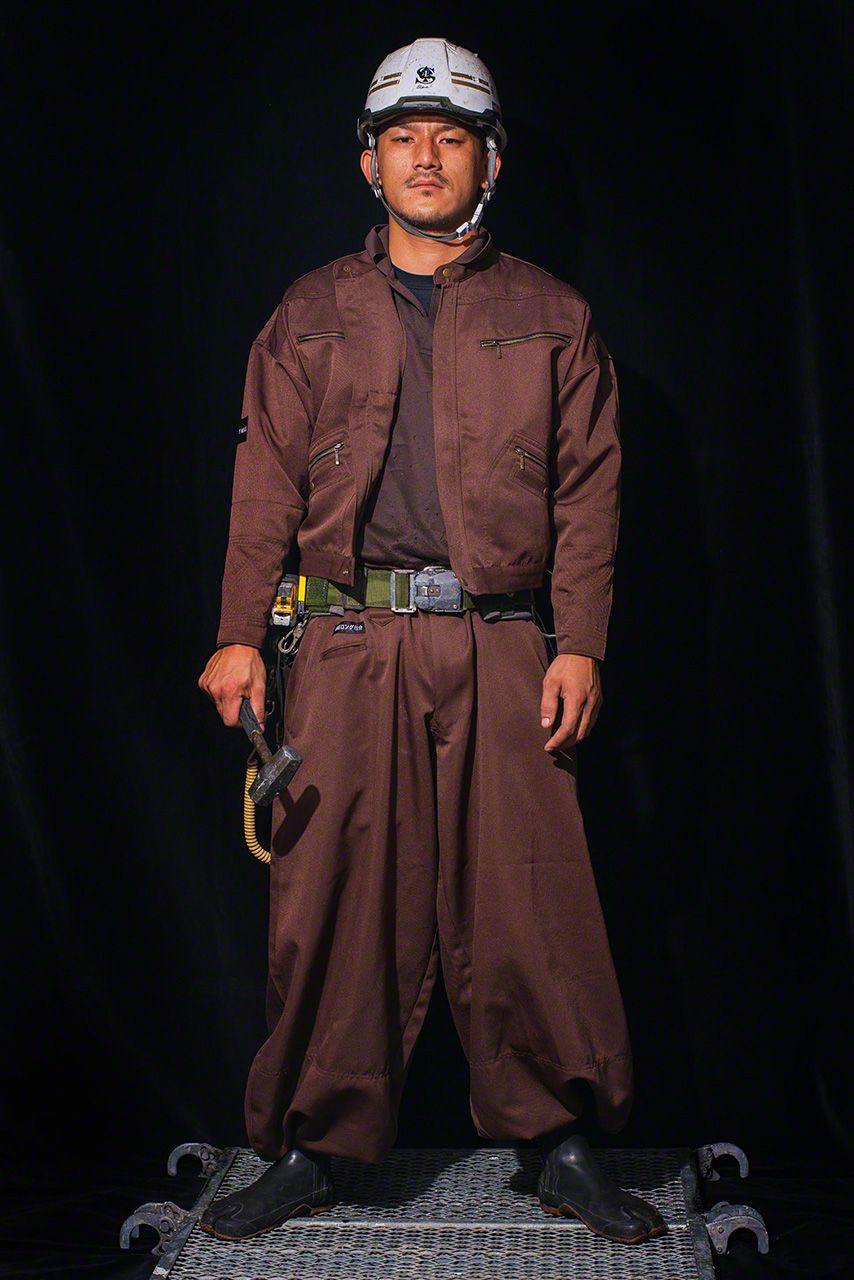 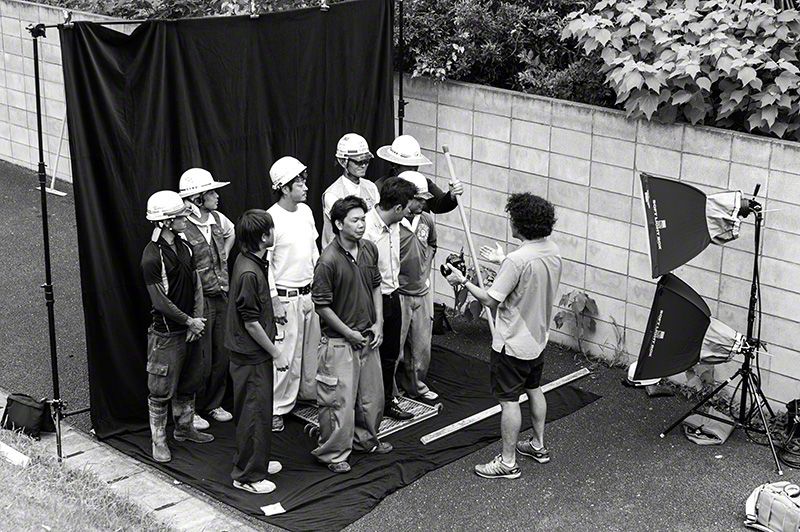 A group of painters.

(Originally published in Japanese on May 1, 2017. Photographs by Matsuda Tadao.)