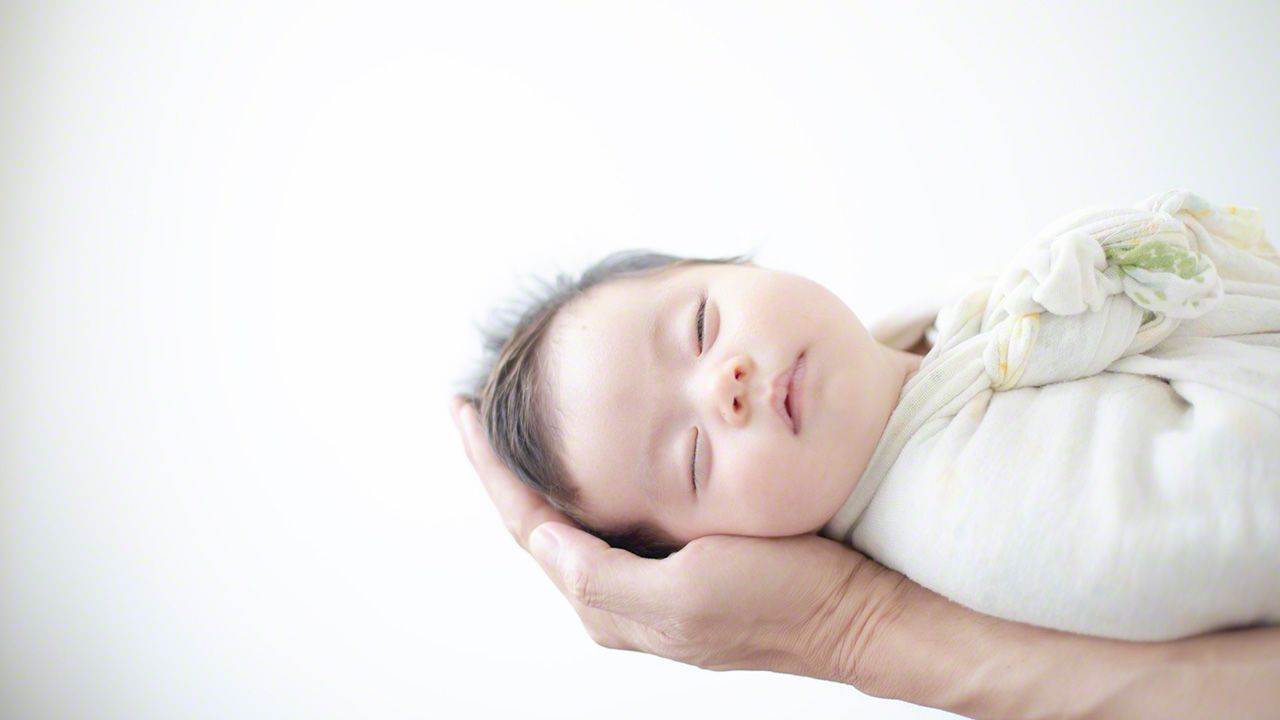 Art Culture Feb 9, 2021
There seems to be some special magic to Kawauchi Rinko’s photographs. She finds eternity in the everyday, and the world of her photographs, interweaving the life in death and the death in life, goes beyond “being Japanese,” opening up new horizons in her art.

When I recently asked someone involved in photography overseas which Japanese photographers were of particular interest, a number of names came up. In the past, people mostly mentioned Moriyama Daidō, Araki Nobuyoshi, Tōmatsu Shōmei, and Ueda Shōji. But nowadays, the name of Kawauchi Rinko is almost always included. One could even say that, right now, she is the most admired Japanese photographer.

On deeper probing as to why her photographs leave such an impression, the inevitable, unanimous response is that there is a Japaneseness to her photography. Some people will even say that, stylistically, her photographs are like haiku. Doubtless, one can use the haiku analogy for the group of photographers who delicately capture unexpected moments in time—everyday life and happenings—with their camera. There are also many who like the colors and the mood in a photo. Looking at it that way, Kawauchi Rinko’s subtle sense of color and use of space in composition seem to be in tune with the tradition of Nihonga Japanese painting.

On the other hand, Kawauchi’s photography does not necessarily fall smoothly into the category that would be called “Japanese style.” Her photography has gone beyond the confines of being Japanese, and reached a level where it is representative of universal values. Over a period of more than 20 years, her body of work has gradually come to combine both depth and breadth.

Kawauchi Rinko was born in 1972 in Gokashō (now Higashiōmi) in Shiga Prefecture. She earned her art degree from Seian Women’s Junior College in 1993, and went to work at a photo studio in Tokyo. In 1997, she won the grand prize at the ninth Hitotsubo Photography Exhibition. The following year, she held a commemorative solo exhibition of her work, Utatane (Catnap), at the Guardian Garden in Ginza, Tokyo. 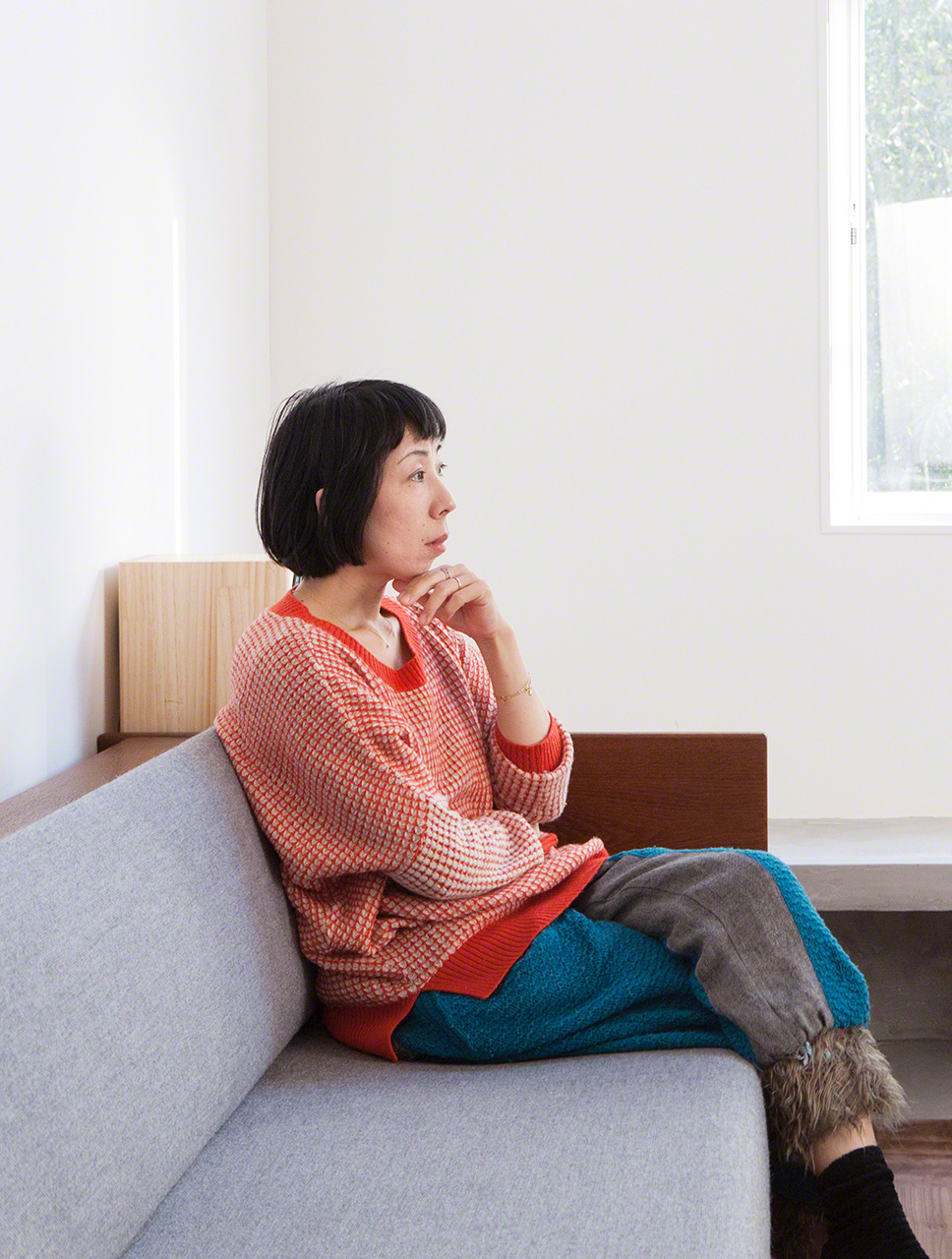 The photo style depicting fragments of everyday life in a series of what appear to be floating images within a square format, 6 centimeters on a side, was already being seen, but it was as yet not fully formed. However, looking at the photo collection, also called Utatane (published by Little More in 2001), it is clear that she had increased the force of her images and become more daring even in her ordering of them.

The thing that most attracts attention is the way she represents the contrast between light and darkness, life and death. There are photos like the one on the cover of the book in which tapioca is piled onto a spoon, redolent of life and light, and then there are the powerful images suffused with death, such as a baby crawling along the dark street at and a pigeon lying on the pavement in a pool of blood. 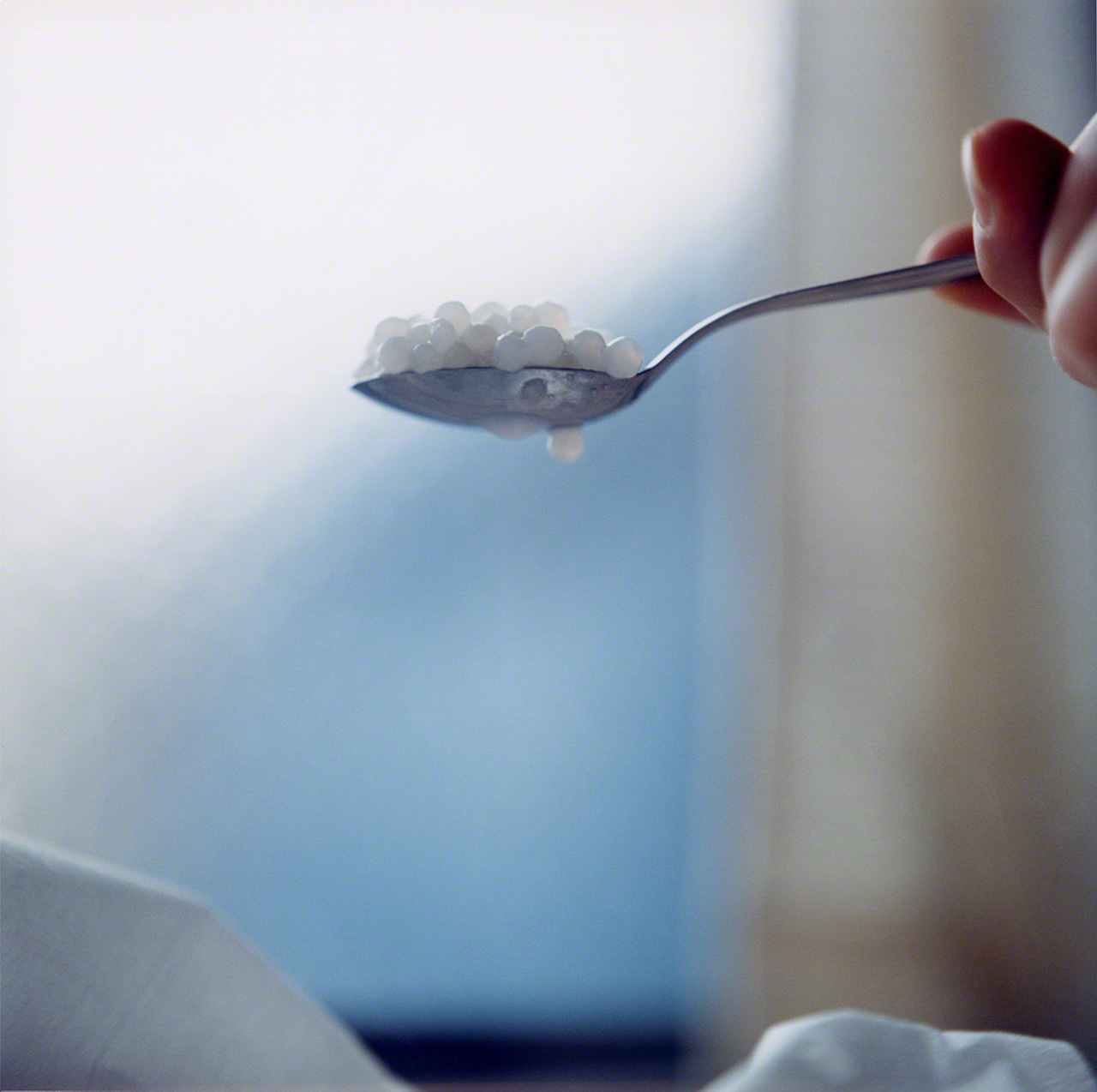 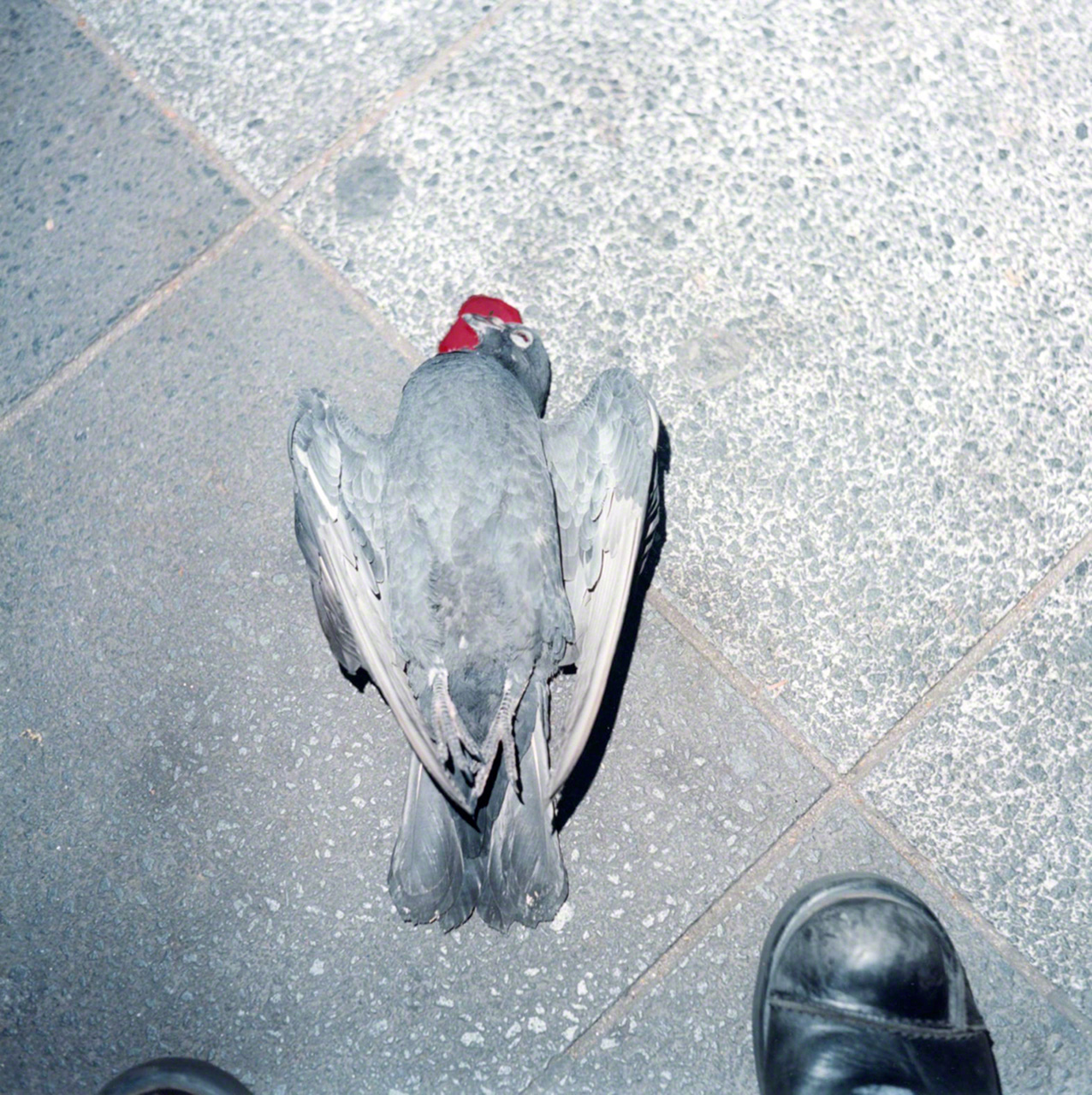 During this period, Kawauchi continued to pursue a new visualization of the world, and developed the ability to express this reliably. The two books that were published by Little More simultaneously with Utatane, Hanabi (Fireworks) and Hanako, were also critically acclaimed, earning her the twenty-seventh Kimura Ihei Prize for Photography.

Solo Exhibition in France and Brazil

Following this, Kawauchi continued to publish volumes of photo collections, including Aila (Little More, 2004), The Eyes, the Ears (Foret, 2005), and Cui Cui (Foret, 2005), as well as to hold exhibitions. Aila (which means family and relatives in Turkish) is a collection of photos shot over four years around the theme of “the brief instant when life begins.” It includes shots of babies being born, and is suffused with the conviction that all living things are bound together into a single family, all related. Of all of Kawauchi’s photo collections, it is doubtless the most self-affirming one. 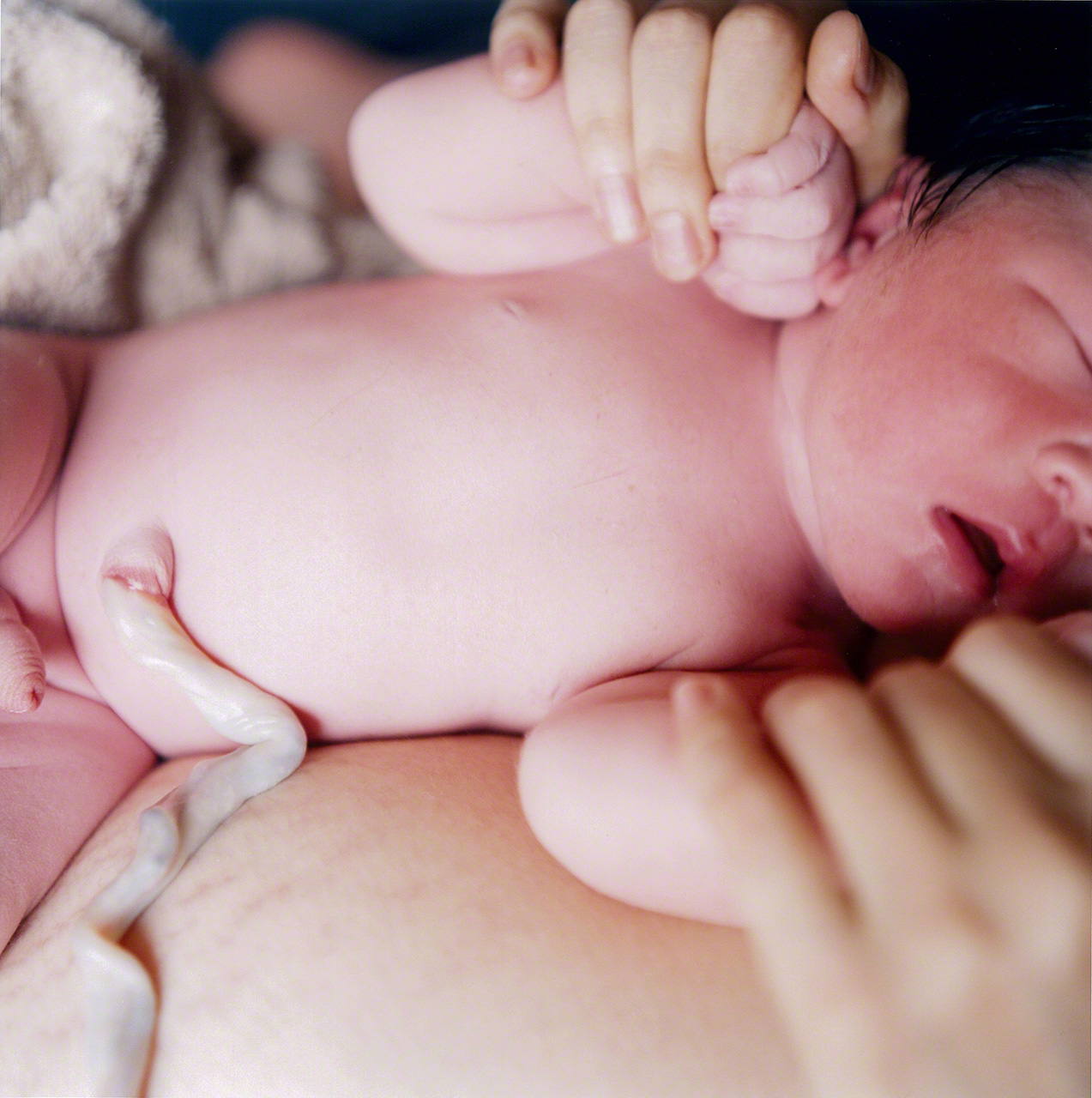 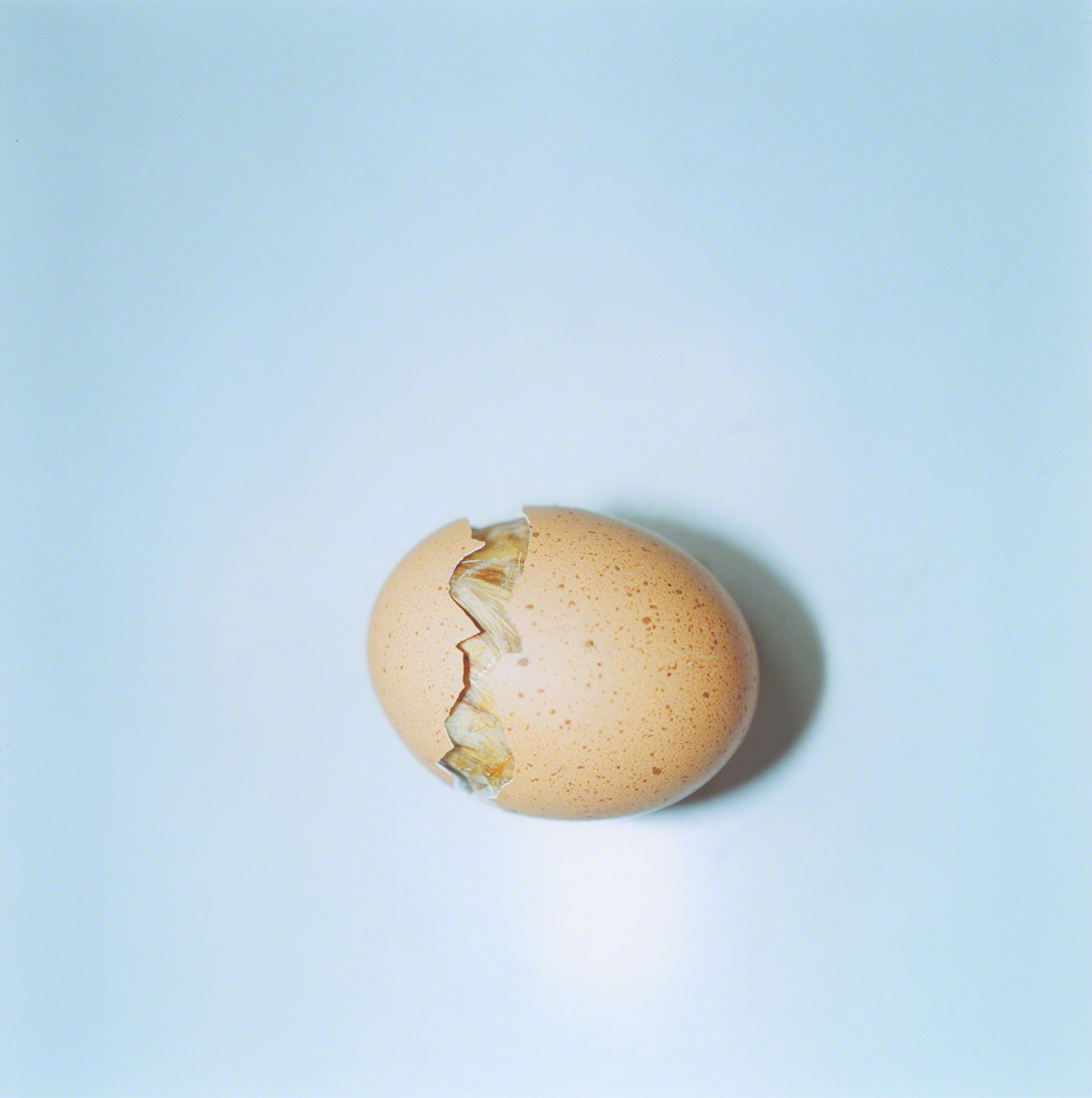 The Eyes, the Ears should be called a sequel to Utatane, but in it, she moves beyond the 6-centimeter square format, and also uses a 35 mm camera, as she expands her breadth of expression by doing things like printing her photos as though lined up on a checkerboard.

Cui Cui is a French word for birdsong. The collection, shot between 1992 and 2005, revolves around her own family, and includes black and white photos. At first sight, it appears to be a banal record of one family’s life, but looking at the photos of the grandfather’s death that punctuate the volume, a sense of uniqueness comes across as people gather and we see the love that permeates the space and time. Aila, The Eyes, the Ears, and Cui Cui were also shown in France in 2005, at the Fondation Cartier pour l’Art Contemporain in Paris. From that time on, Kawauchi’s reputation grew as much overseas as in her own country.

In 2007, in advance of the celebrations for the centenary of Japanese immigration, she held a solo exhibition of photos she had taken all over Brazil, under the title Semear (sowing seeds), at the Sāo Paulo Museum of Modern Art. A book of the same title was also published by Foil. 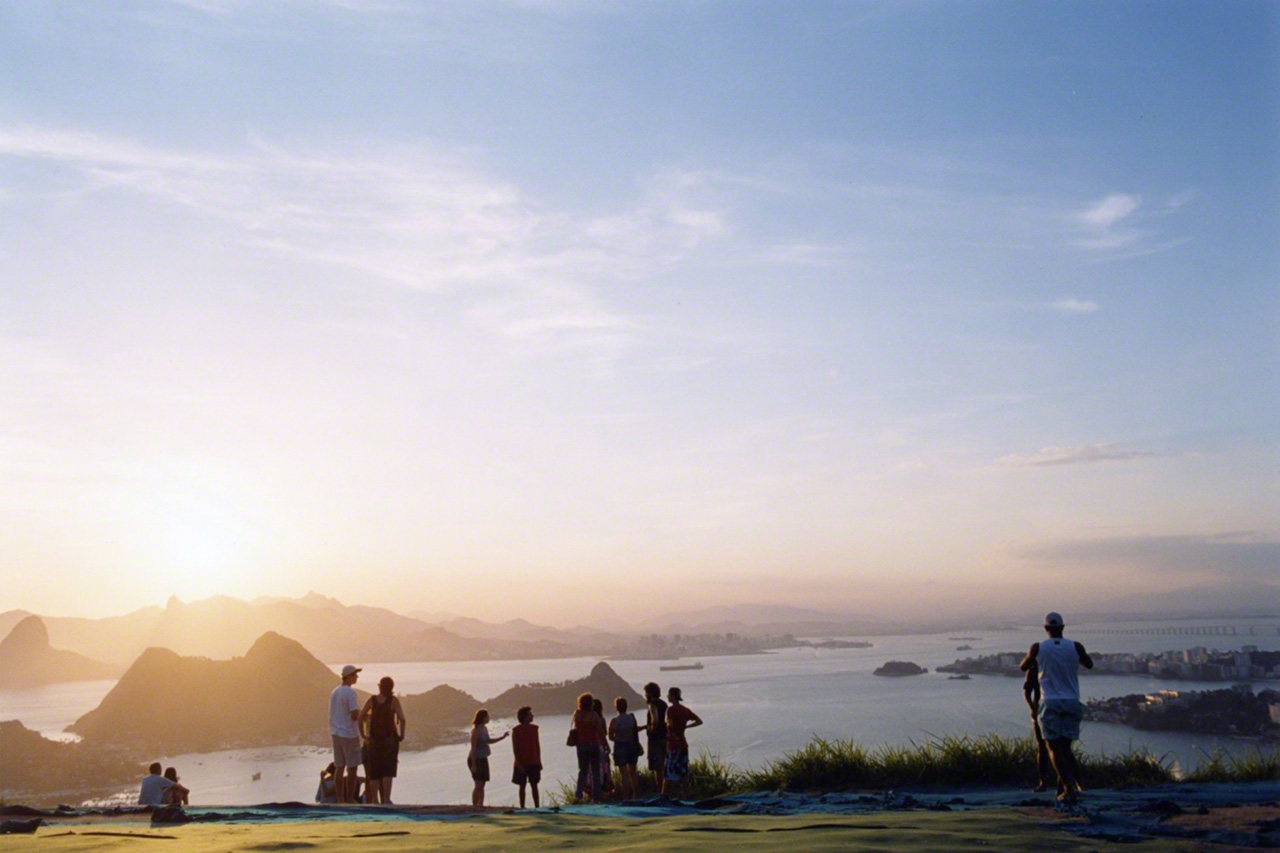 The Passing of Time on a Mythic, Rather Than Human, Scale

What clearly showed the scale of Kawauchi’s power of expression was the joint publication by Foil and Aperture of Illuminance, in 2011. Much of what is represented in this collection is what we see around us in everyday life. But the scale of contrast between light and darkness, life and death, is even greater and, like the photos of the solar eclipse at the beginning and at the end, there are large-scale works that capture the vastness of space. Anyone looking at such photos could not help but think of the word eternity, notwithstanding whether that instant of time has been captured. In the little more than 10 years since she started working, Kawauchi had developed a vision taking in all of creation and truly capturing its nature. 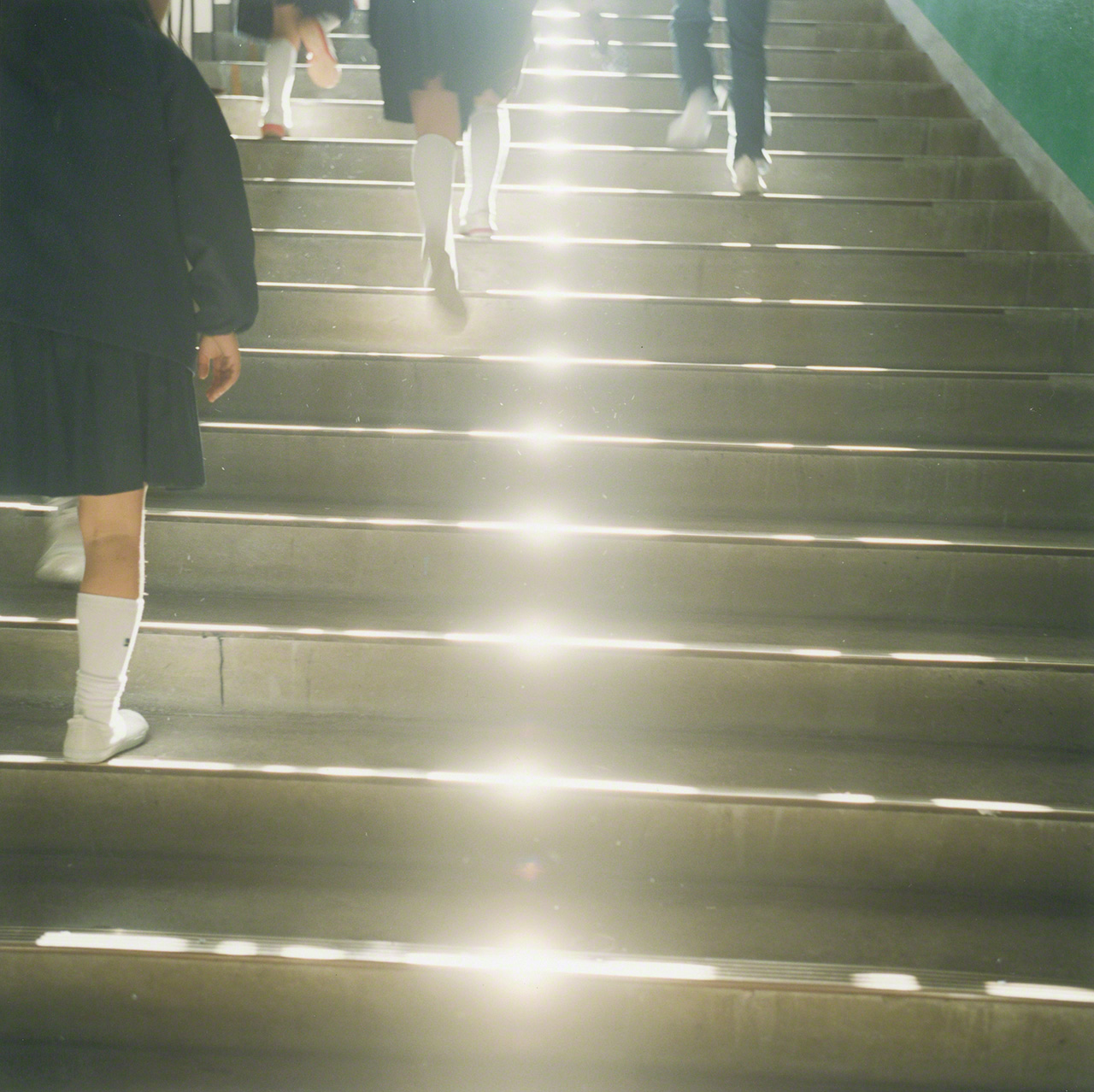 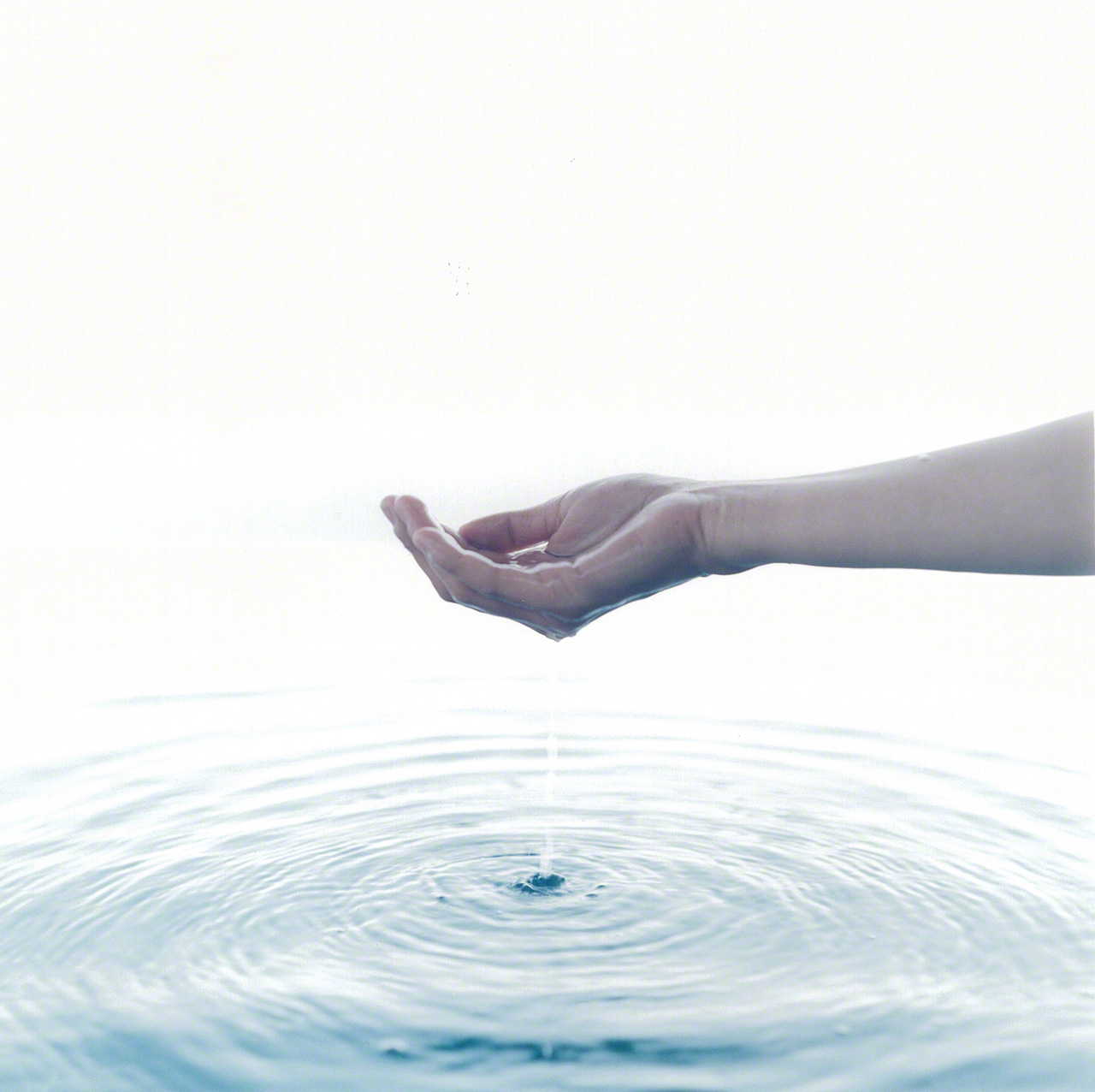 Increasingly highly rated overseas, she won the Infinity Award (Art) from the International Center of Photography in New York in 2009.

Kawauchi continued to make progress following that. The Ametsuchi series, first featured in her Illuminance, Ametsuchi, Seeing Shadow solo exhibition at the Tokyo Photographic Art Museum in 2012, was shot in the large 4 by 5 inch format, even larger than the 6 centimeter squares she had been using. In a collection of pictures that seem unrelated, such as noyaki open burning on Mount Aso, the Wailing Wall in Jerusalem, Israel, the yokagura traditional sacred dance at Shiromi Shrine in Miyazaki, and the traces of a laser beam pointing out the location of stars in a planetarium, she captures a common theme of human activity that invisibly links them together. In capturing the ties that bind heaven and earth, she sought “to reflect on the creation and rituals of civilization and culture,” as she notes in “An Interview With Kawauchi Rinko: An Obsession With Time and Memory” (lluminance, Ametsuchi, Seeing Shadow, 2012, Seigensha). 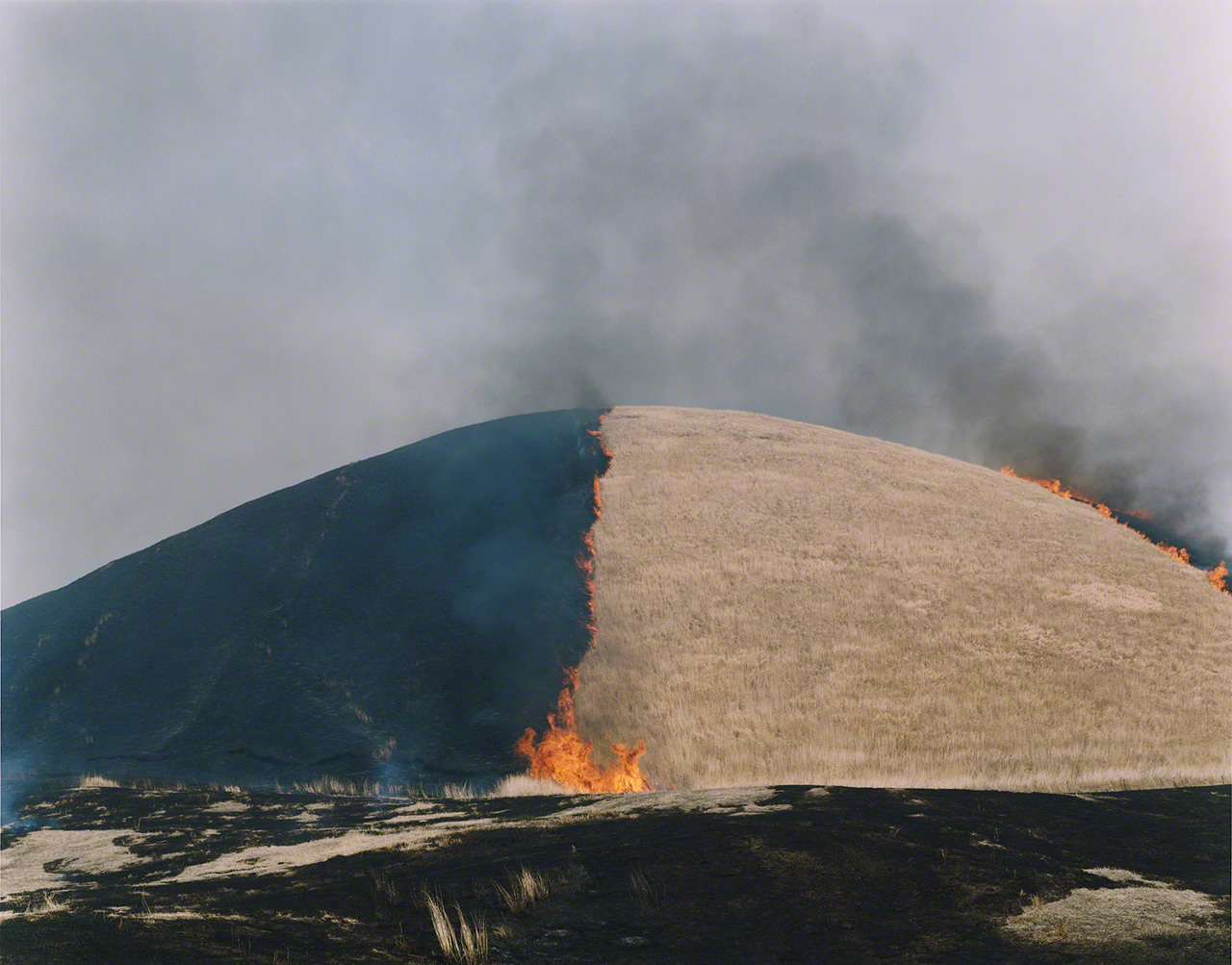 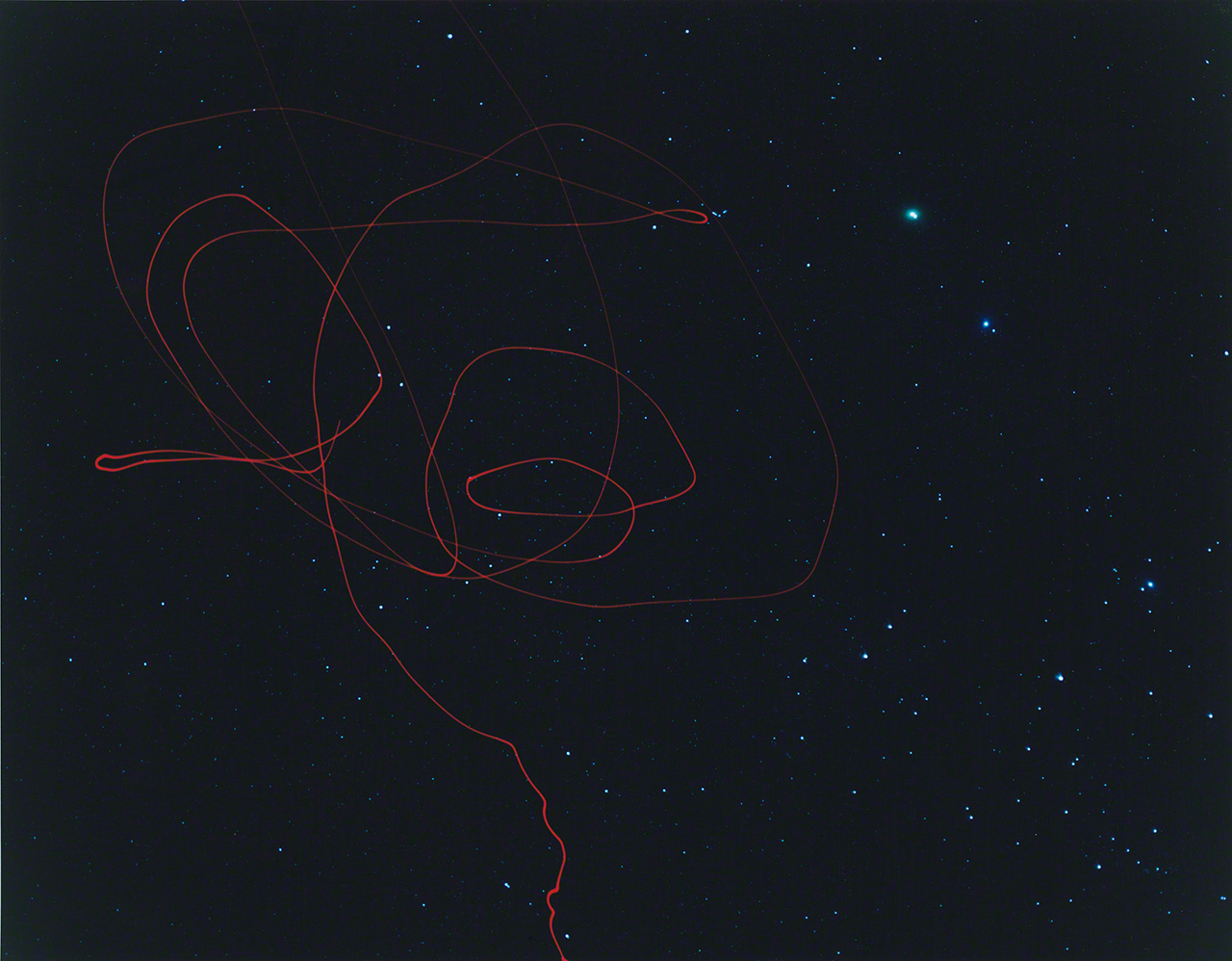 Kawauchi continues to evolve. In The River Embraced Me, a solo exhibition at the Contemporary Art Museum, Kumamoto, in 2016, she asked visitors to describe scenes of Kumamoto from their memories, developing these into a project where she shot those scenes. This was an ambitious experiment in which she combined other people’s memories with her own vision.

The Halo photo collection (HeHe Press), published in 2017, is made up of shots of flocks of migratory birds, a festival in Hebei Province, China, where molten metal is thrown to create fireworks, and the rituals of Kamiaritsuki—the tenth month by the traditional calendar, when the gods are gathering in Izumo, Shimane Prefecture. Her perspective showing human endeavor on a universal scale, first captured in Ametsuchi, is vividly depicted here as well. 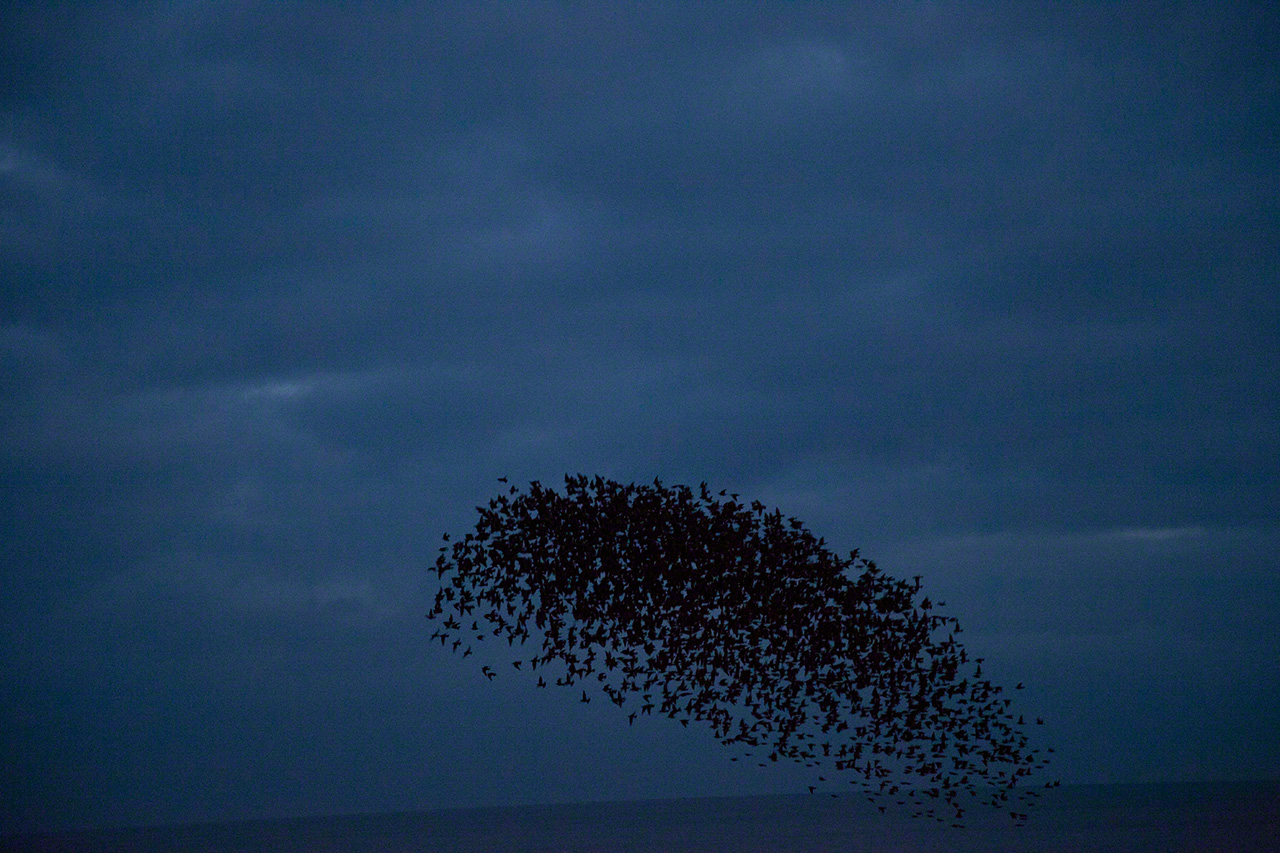 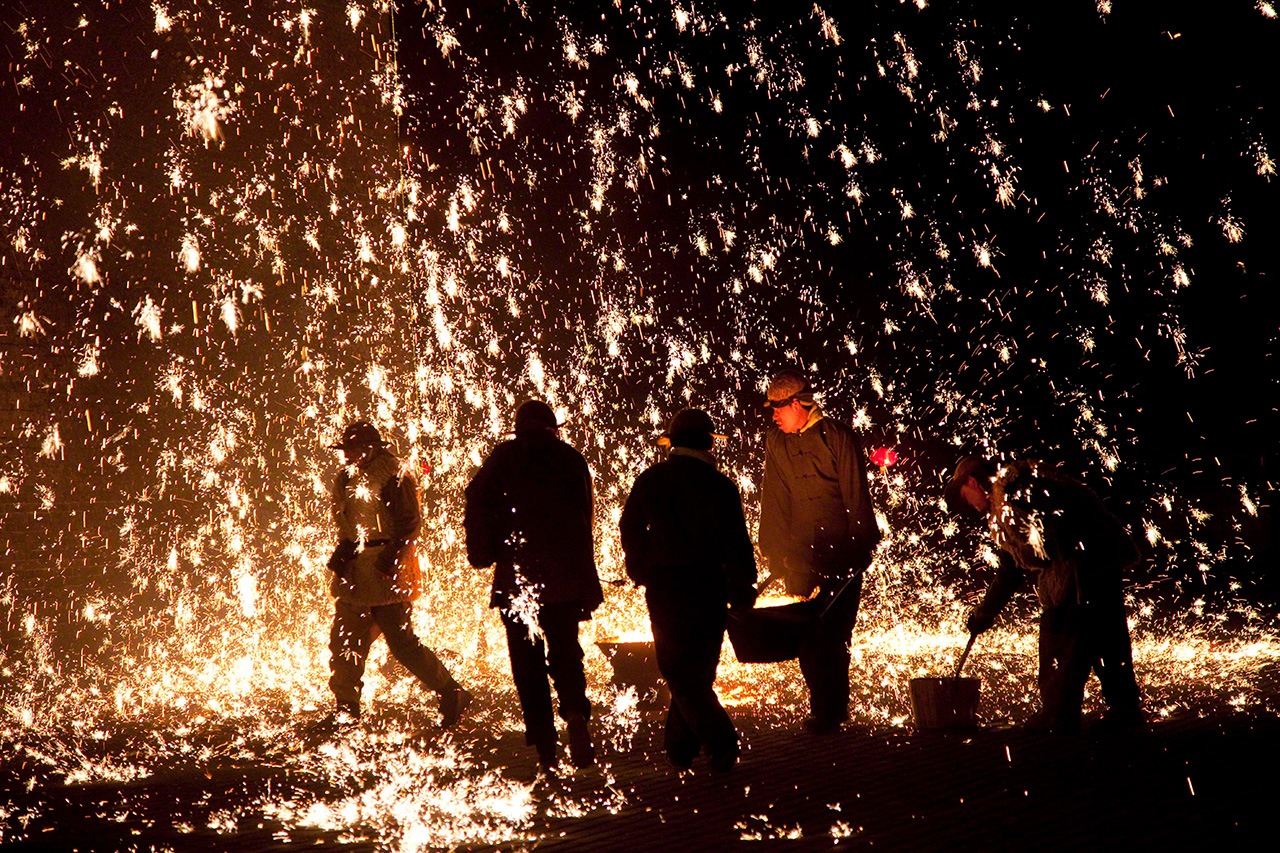 In As It Is, published by Torch Press in 2020, she returned to the phase of her Utatane photos, turning her attention once again to daily life. As her own daughter, born in 2016, is the main subject, it is no surprise that many of the scenes have an intimate quality. This child was at first was half herself and half something else; it then gradually took shape as a human being, standing up, starting to walk, becoming aware of the world, and being embraced by that world. The process of capturing this in photos is in itself totally banal, but Kawauchi’s photos appear infused with a special magic. That is probably because they do not simply reflect the brightness of the child’s vital force, but include a keen perception of the vectors reaching toward ongoing death all around her. 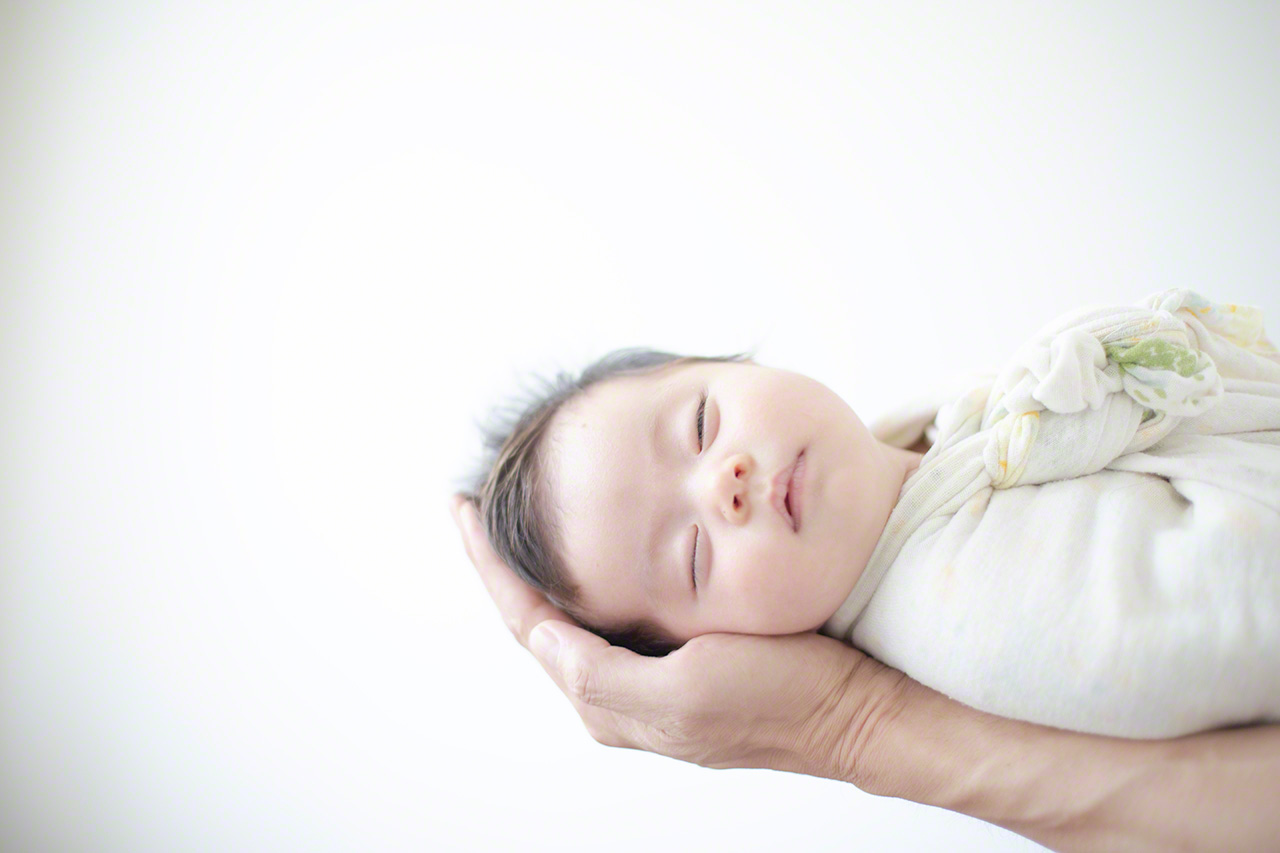 Finding eternity in the everyday. Weaving together life within death, death within life, and the past, present, and future into a mythic space and time. The world of Kawauchi Rinko’s photographs continues to mature and evolve.

(Originally published in Japanese. Banner photo: Untitled, from the series As It Is, 2020. All photos © Kawauchi Rinko.)