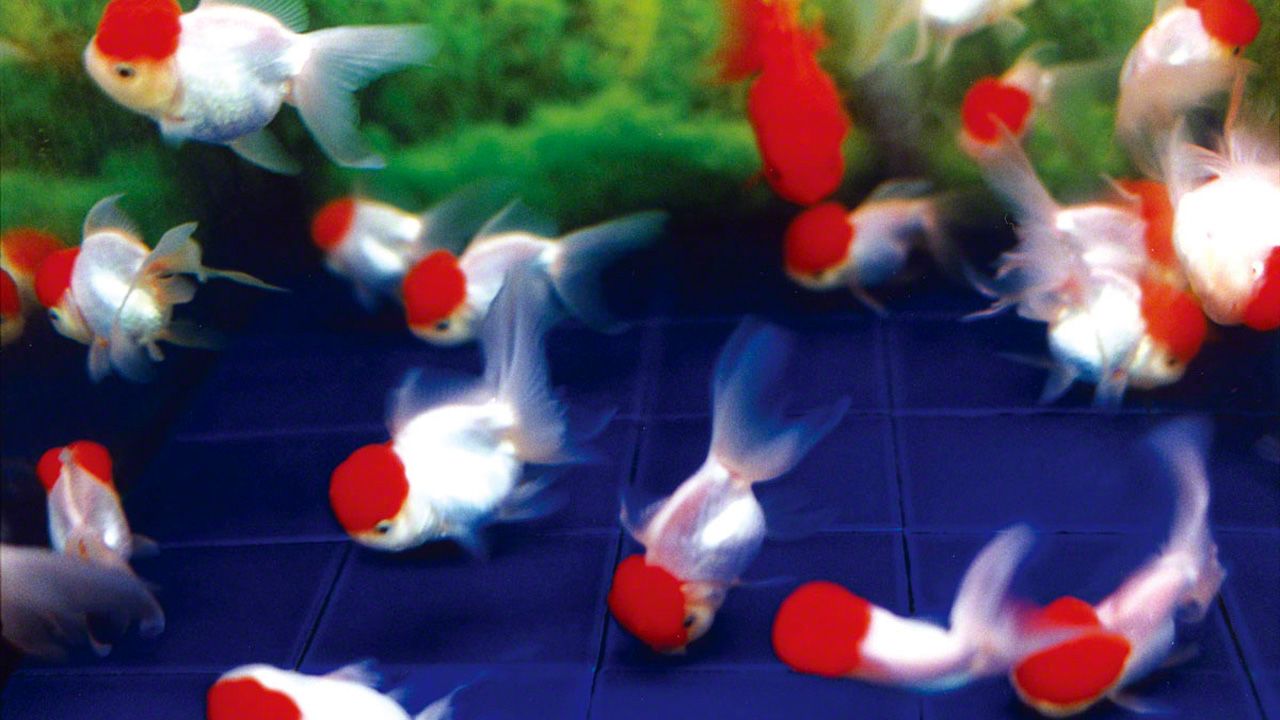 Culture Art Design Jun 4, 2021
Ninagawa Mika’s genre-hopping career as photographer has made her one of the most prominent figures in her field. Best known for her early use of vibrant primary colors, her work encompasses everything from fine art photography and stylish portraits to commercial work in fashion and advertising. 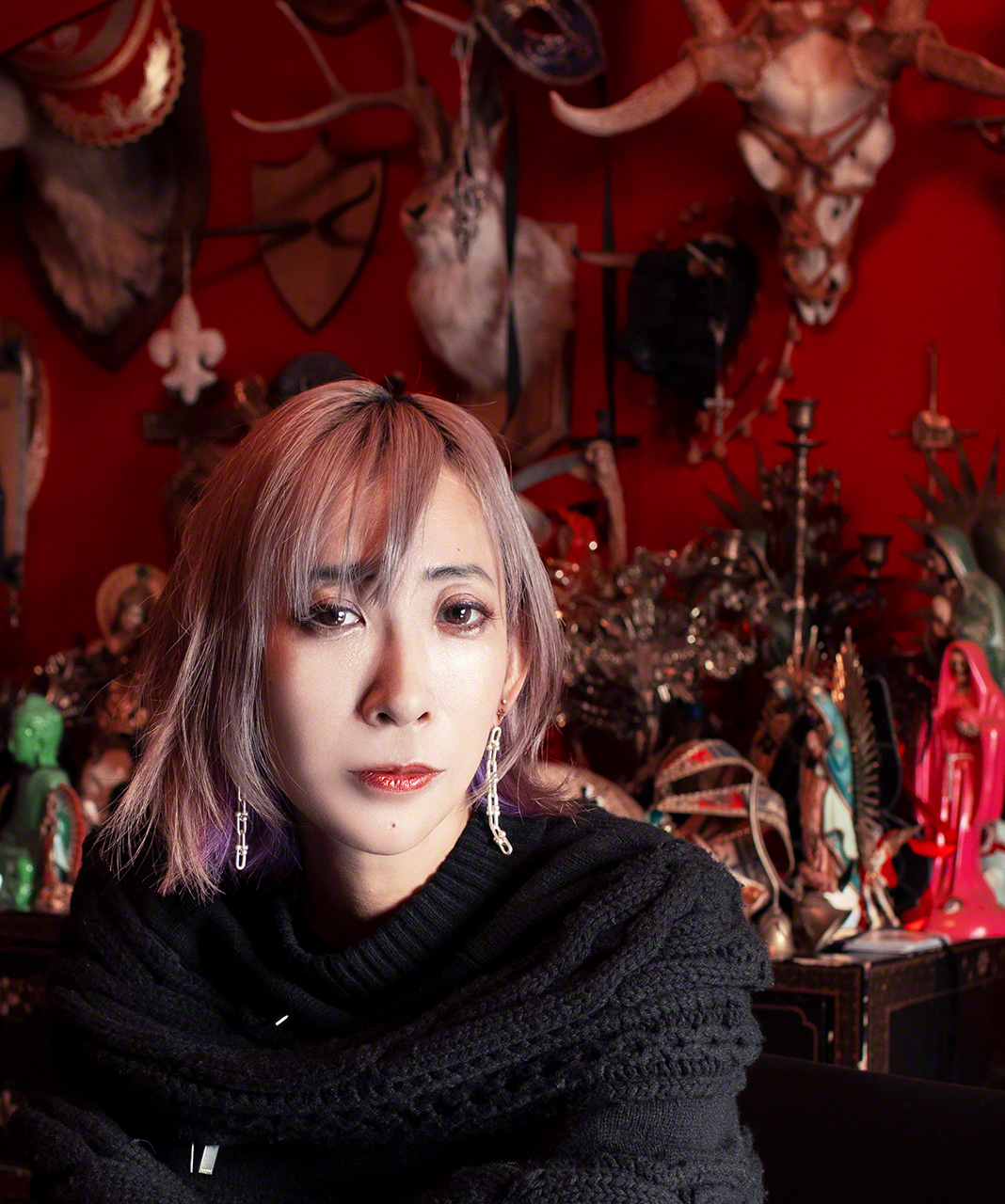 Any discussion of Ninagawa Mika and her work must start with her background. Born to the internationally renowned theater director Ninagawa Yukio and the actress Mayama Tomoko, she also counts actresses Ninagawa Yuki and Ninagawa Miho, both cousins, among her extended family. There is no doubt that she grew up in an unusually rich creative home environment.

Growing up in a family where so many of her close relations had successful careers in the creative arts clearly had a profound impact on Ninagawa’s own life and career. Besides the obvious advantages, this kind of upbringing can also bring huge pressure, but she used her background as a springboard to launch herself on her own career in photography. From the beginning, she drew on the theatrical sensibility she had inherited from her parents. In her younger years, she was often referred to as “Ninagawa Yukio’s daughter,” but today the situation is reversed, and it has become common for people to talk of him as “Ninagawa Mika’s father.” This reversal in public prominence is testimony to the profile she has built up through her work as a photographer and film director.

The “Girly Photo” Trend and What Came Next

Born in 1972 in Higashikurume in westernTokyo, Ninagawa attended the private Tōhō Girls High School before studying graphic design at Tama Art University. She seems to have had at least some interest in photography from an early age: in interviews, she has recalled taking pictures of her Barbie dolls as a child, posing them amid the dramatic volcanic rocks of Onioshidashi on Mount Asama.

But her serious interest in photography started while she was in university. She started to submit her work to competitions, and came to wider prominence in 1996, when she won the first of a batch of prestigious awards for up-and-coming photographers, including the Grand Prize for Photography at the Hitotsuboten exhibition and a special commendation in the New Cosmos of Photography competition. In 1998 she won the Konica Photo Encouragement Award, and used the scholarship prize money to fund a series of travels during which she continued to develop her vision and personality as an artist. That year, she published her first book of photos, titled 17 9 ’97. 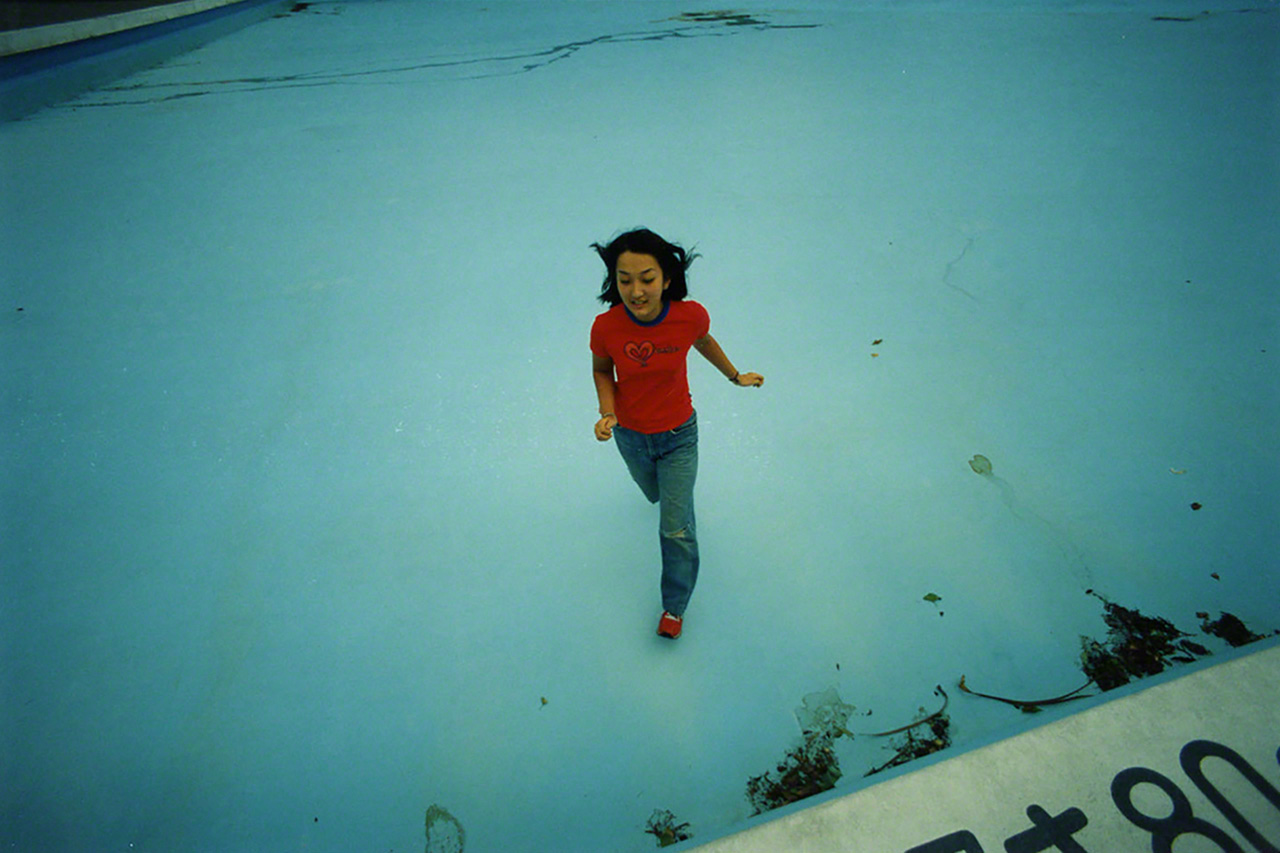 Ninagawa’s debut came in the middle of the fashion for what were called “girly photos”: essentially, photography life by young women based on subjects taken from everyday life. From the early 1990s, the gender balance between male and female students in university photography departments and specialist photography schools shifted, with women students outnumbering men for the first time.

Technical innovations and the easy availablility of user-friendly compact cameras and color photocopiers made photography accessible to a wider range of people than ever before, and young women in particular started to use it as a medium for self-assertion and self-expression, taking vibrant images of the everyday world around them. From among this new generation came artists like Nagashima Yurie and Hiromix, young women whose work had a distinctive brilliance that made it a fresh departure from most art photography that had come before. The refreshing new style for a while became one of the defining trends in Japanese photography.

Much of Ninagawa’s earliest work fell squarely into the Girly Photo category. Her favorite subjects were self-portraits (including nudes), shots of her family and friends, travel pictures, and indoor scenes. Although she had the option of keeping her distance from the boom, she chose to embrace the movement and ride the wave of its popularity. She had the confidence to use the directorial ability she had inherited from her father to communicate with and exert artistic control over her subjects, and quickly developed a talent for capturing fleeting moments in her pictures. And she had another powerful weapon in her arsenal: a sense for color that fed into her daring use of dazzling primaries. This was perhaps something she inherited from her mother, who has worked as a quilt artist alongside her acting. In those early years, she often used a color copier with a malfunctioning color adjustment function, helping to give her work a distinctive and vivid palette based on oversaturated primary colors.

From her second collection Baby Blue Sky, published in 1999, she started to stake out her own artistic space. Distancing herself from her peers, she moved away from photographs of herself and her friends. These were replaced by dynamic shots, many of them taken during her travels, marked by a sense of vibrant color and speed. Around the same time, she began to put her inherited dramatic insincts to work in a series of striking commercial projects in advertising and fashion. Many of these were compiled in books: Pink Rose Suite collected her advertising work, while Sugar and Spice brought together a selection her of fashion photography. In 2001, she was one of three young women (alongside Nagashima Yurie and Hiromix) to be honored with the prestigious Kimura Ihei Award for Photography. 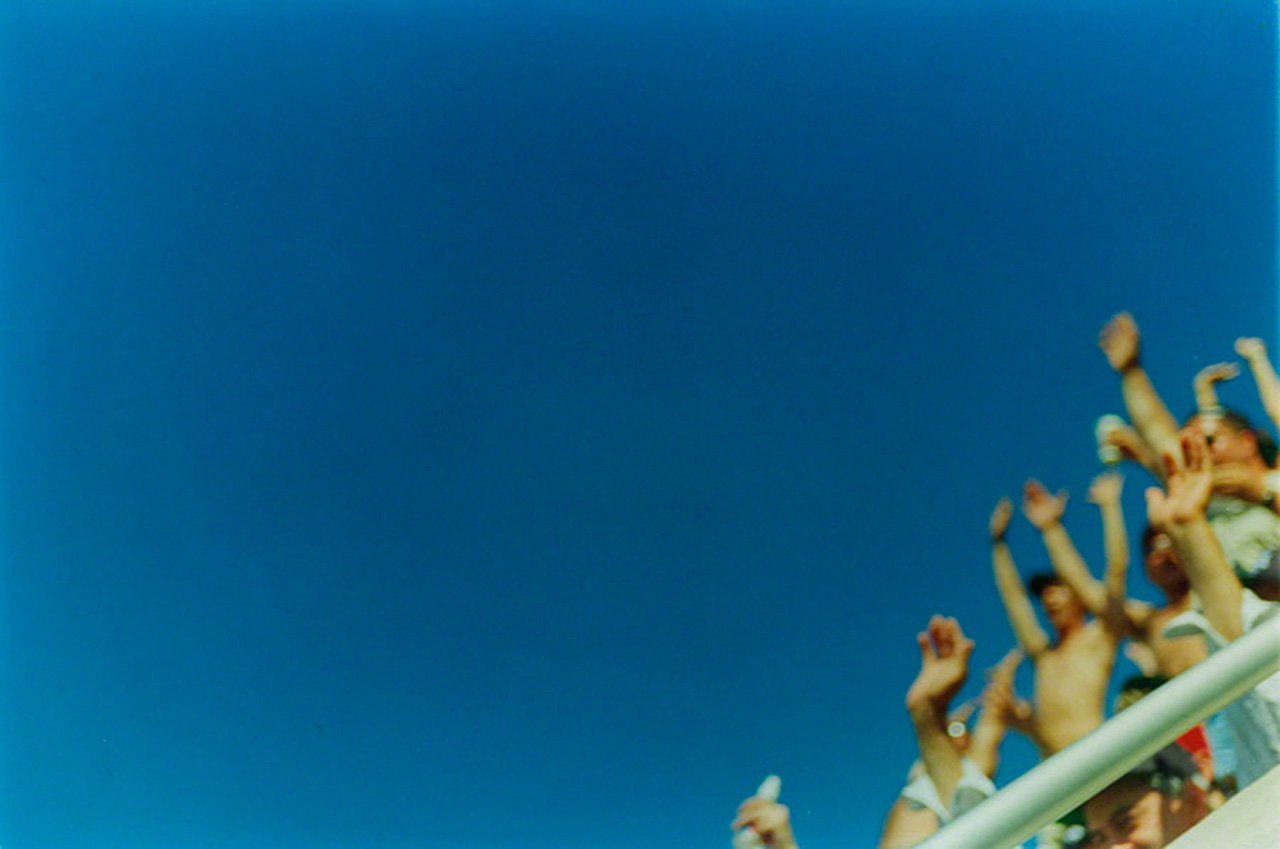 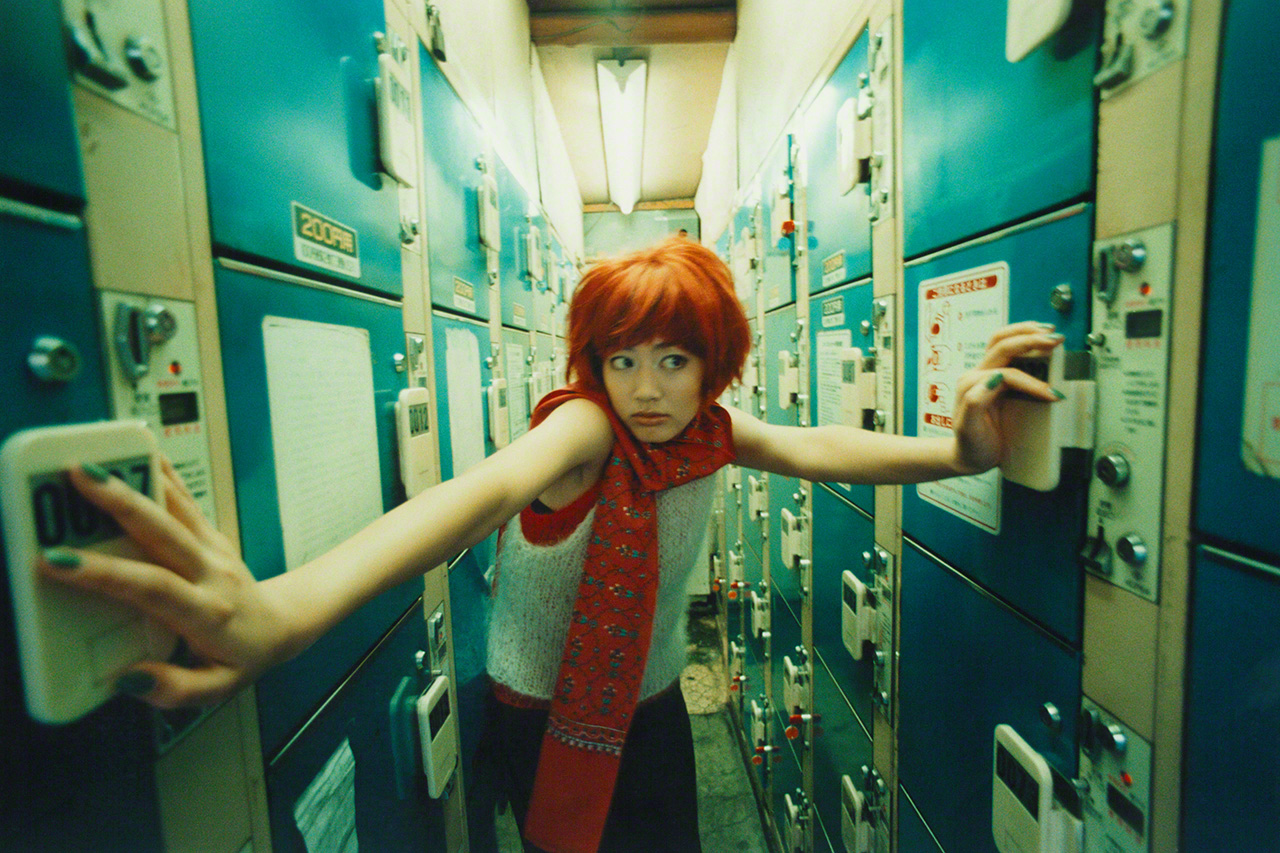 The receipt of the Kimura Ihei Award seems to have given new impetus and new direction to Ninagawa’s work, broadening her interests and subject matter. Her work was no longer limited to bright fizzy snaps of moments of joy, in which photographer and subject often seemed to be joined in the enjoyment of the moment. She turned to nature and ersatz human attempts to replicate it, photographing close-ups of petals, artificial flowers (perhaps the acme of artificiality), and color-drenched images of goldfish.

Many of these pictures combined the sweetness of kawaii with elements of the grotesque. The books in which these images were collected showed new aspects of Ninagawa’s artistic vision: Acid Bloom, which drew the viewer’s gaze down into a microcosm of flowers captured in disorienting detail; Liquid Dreams, a collection of vividly colored photographs of goldfish; and Eien no hana (Eternal Flowers), featuring exaggerated and distortedly colored artificial flowers offered before graves. 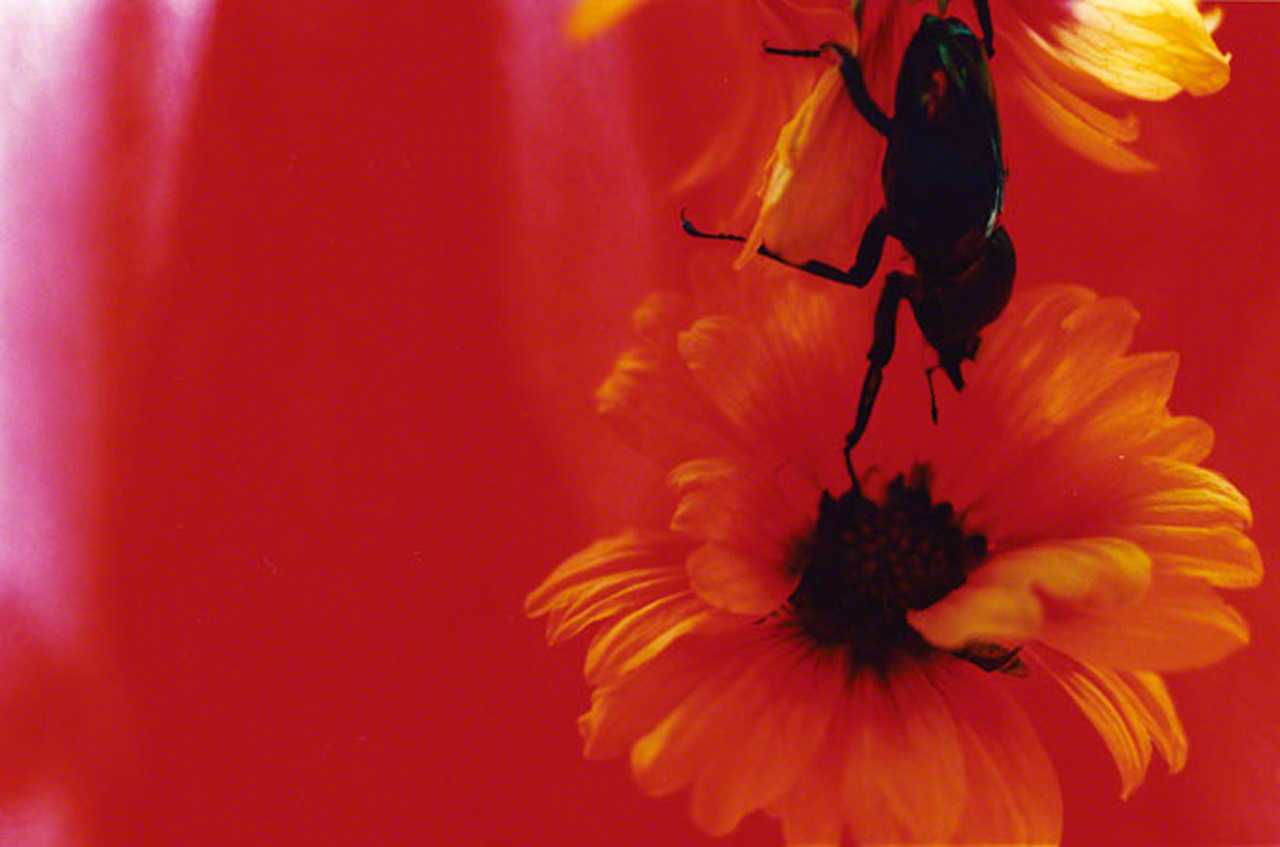 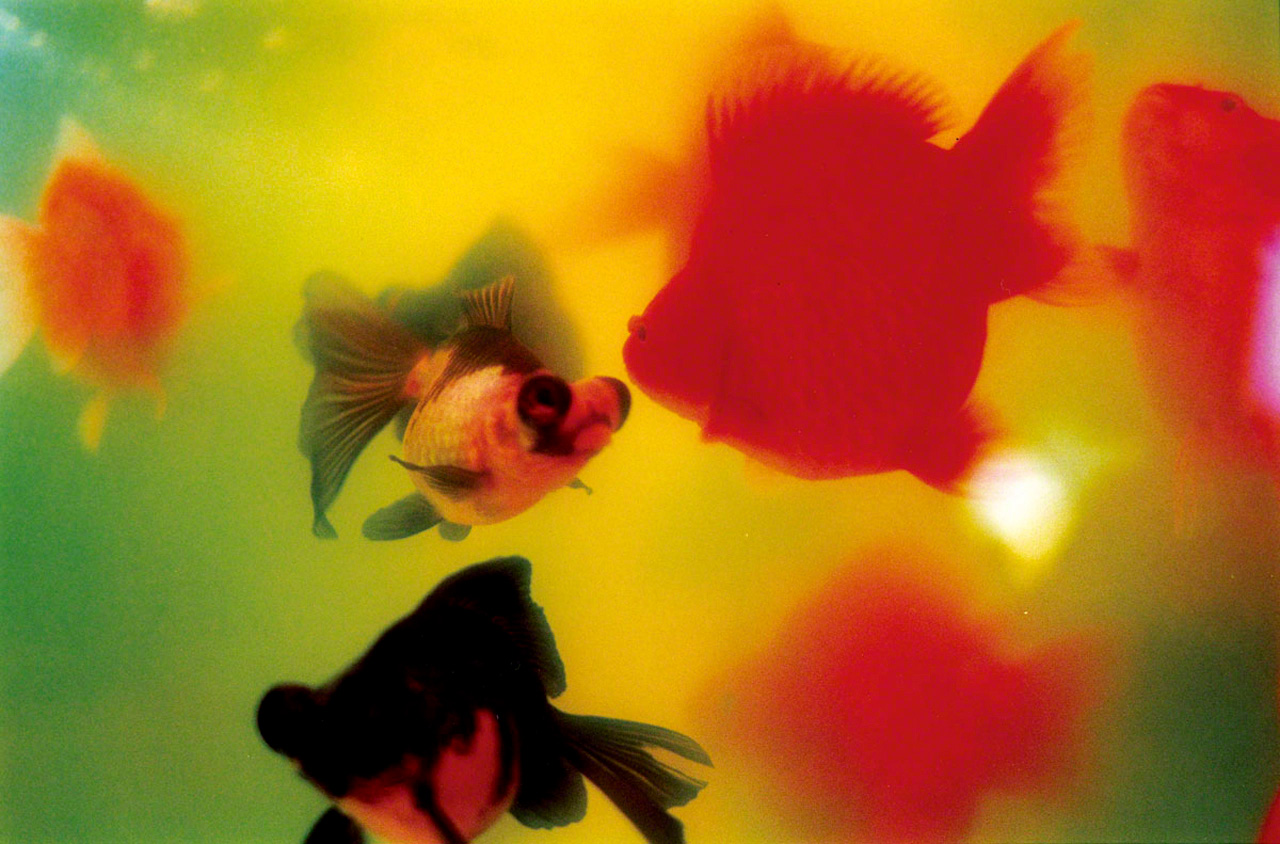 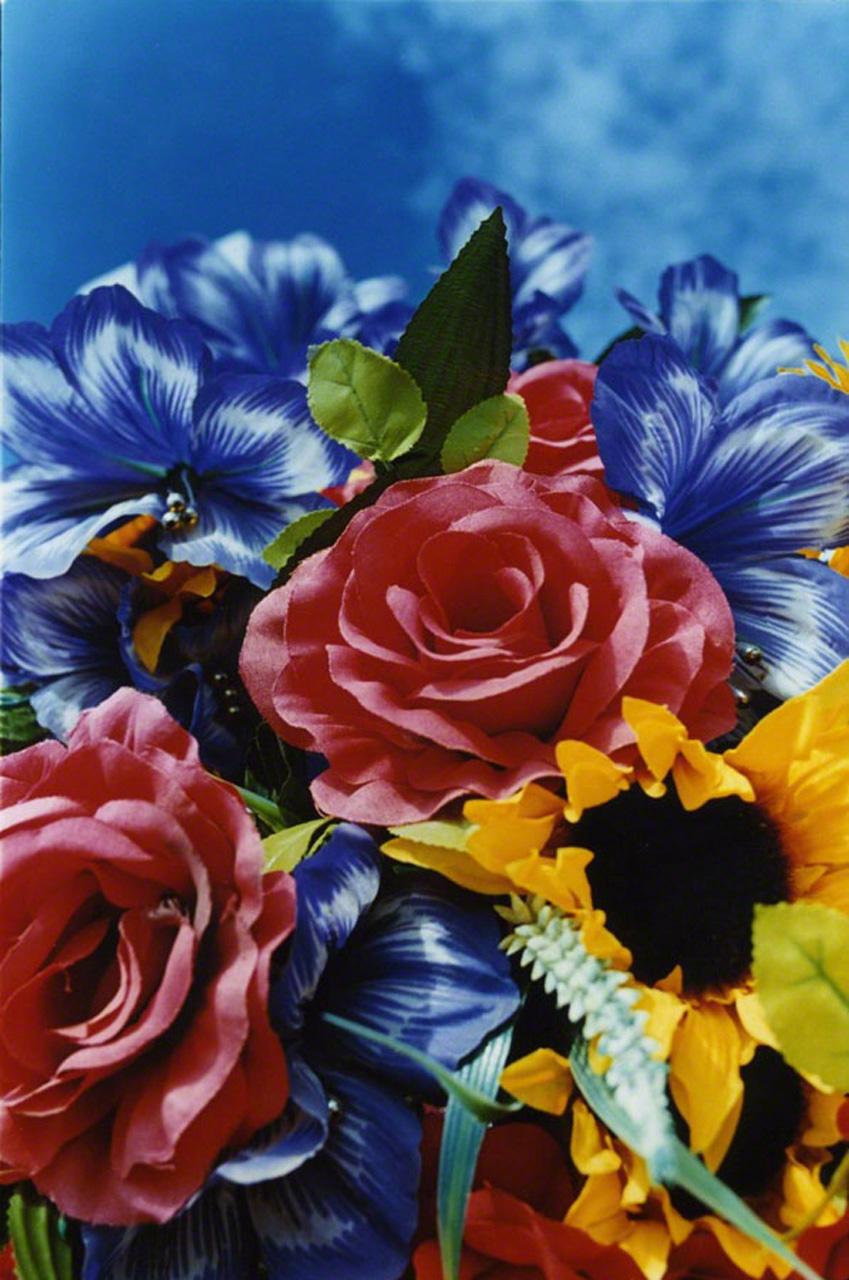 Other book projects included Noir and Tokyo Innocence. Although vivid primary colors had long been one of the hallmarks of her work, she seems to have resisted her reputation for images that were bright, cheerful, and full of youthful energy. These two collections explored her interest in some of the uncanny, bizarre aspects that lurk inside the human subconscious, and suggested that her interests were tilting toward the “death drive” side of the eros-thanatos dichotomy. 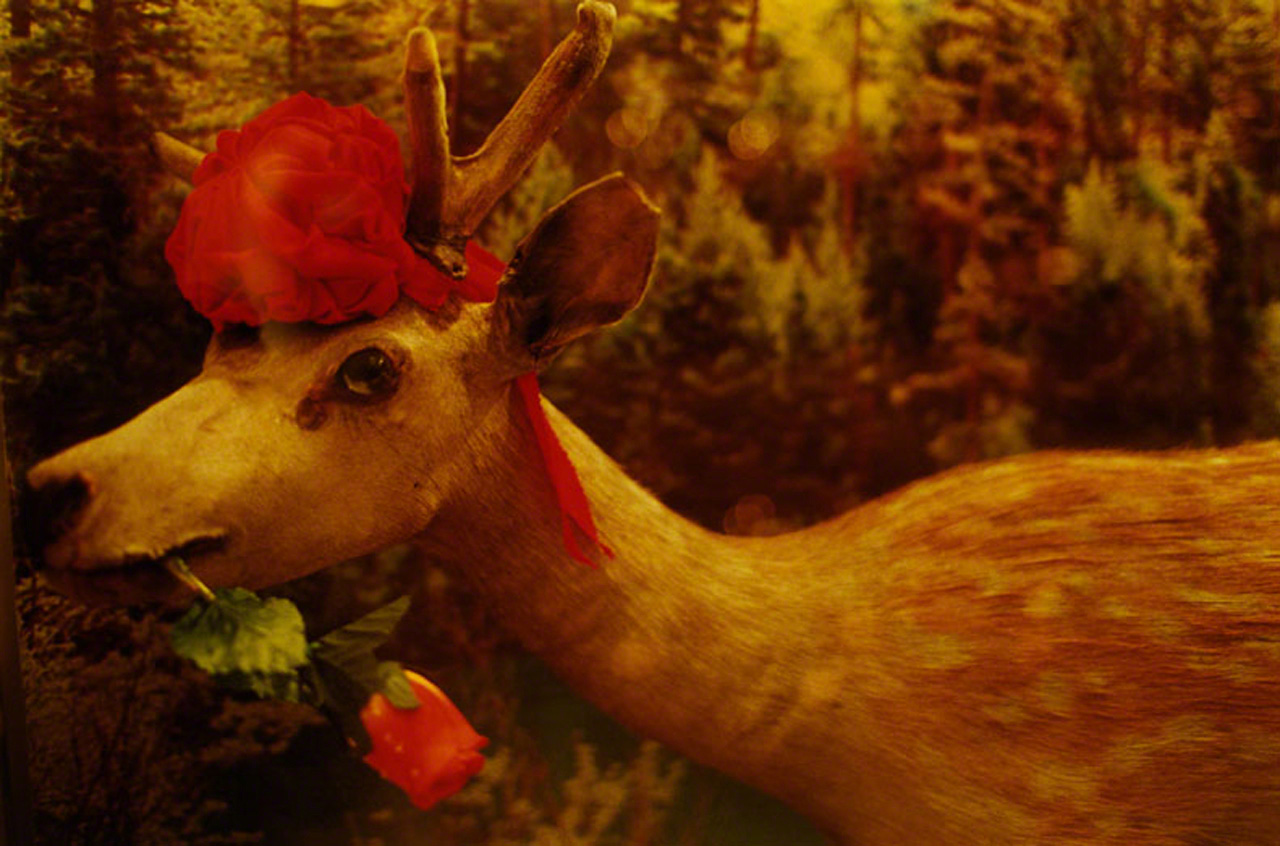 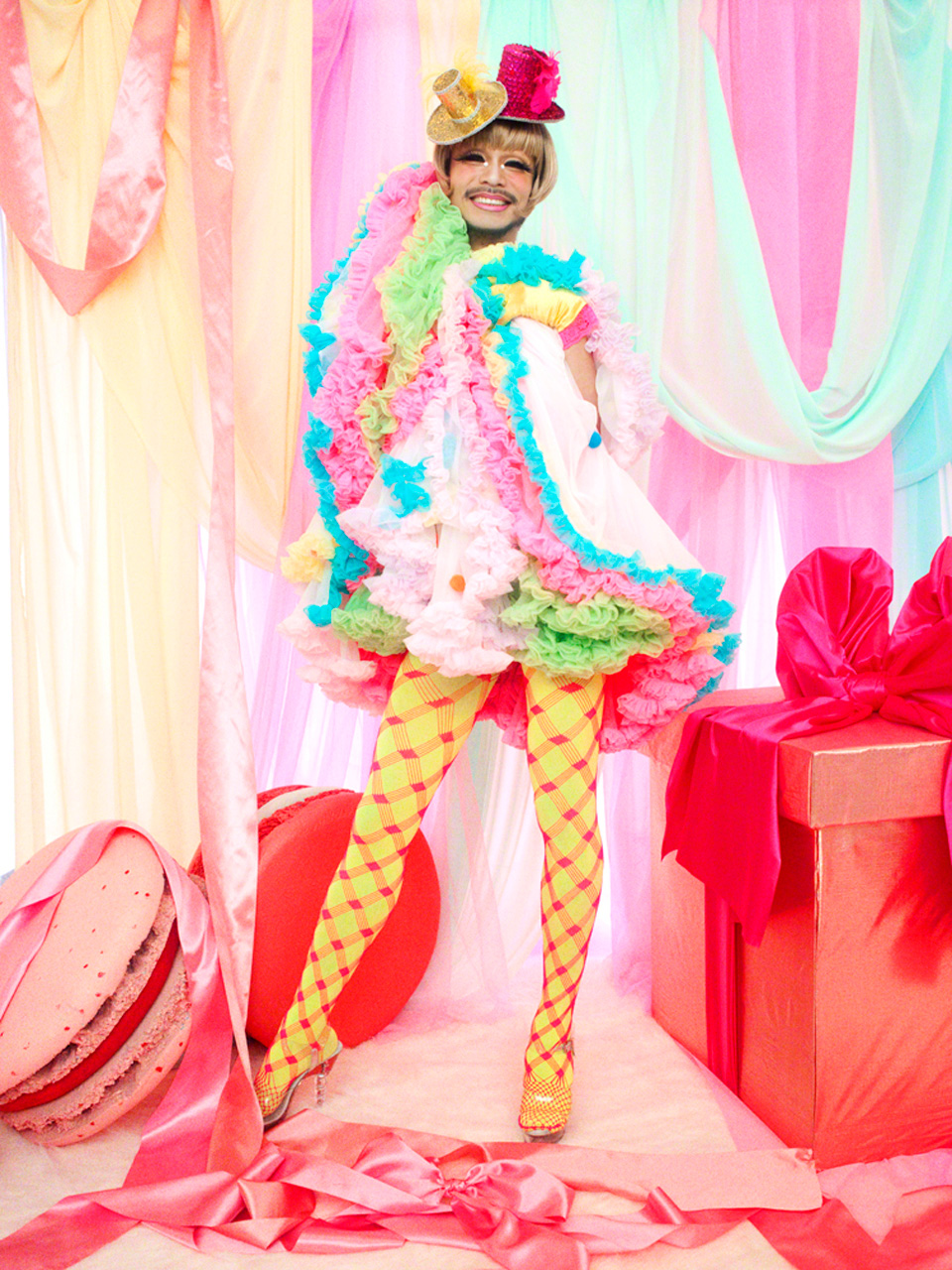 In her commercial work, meanwhile, she combined her inborn feeling for color and remarkable powers of imagination to perfect a style that can perhaps be called “neo-Japonesque.” Ninagawa’s photographs, skillfully incorporating elements of exoticism, not only became popular in many Asian countries but also started to attract attention in Europe and North America. In 2010, the New York publisher Rizzoli put out a volume of her photographs with the title Mika. She herself had become a “media” commodity, with a rare ability to gauge the mood of the times and create an apparently inexhaustible steam of fresh new images with extraordinary speed. 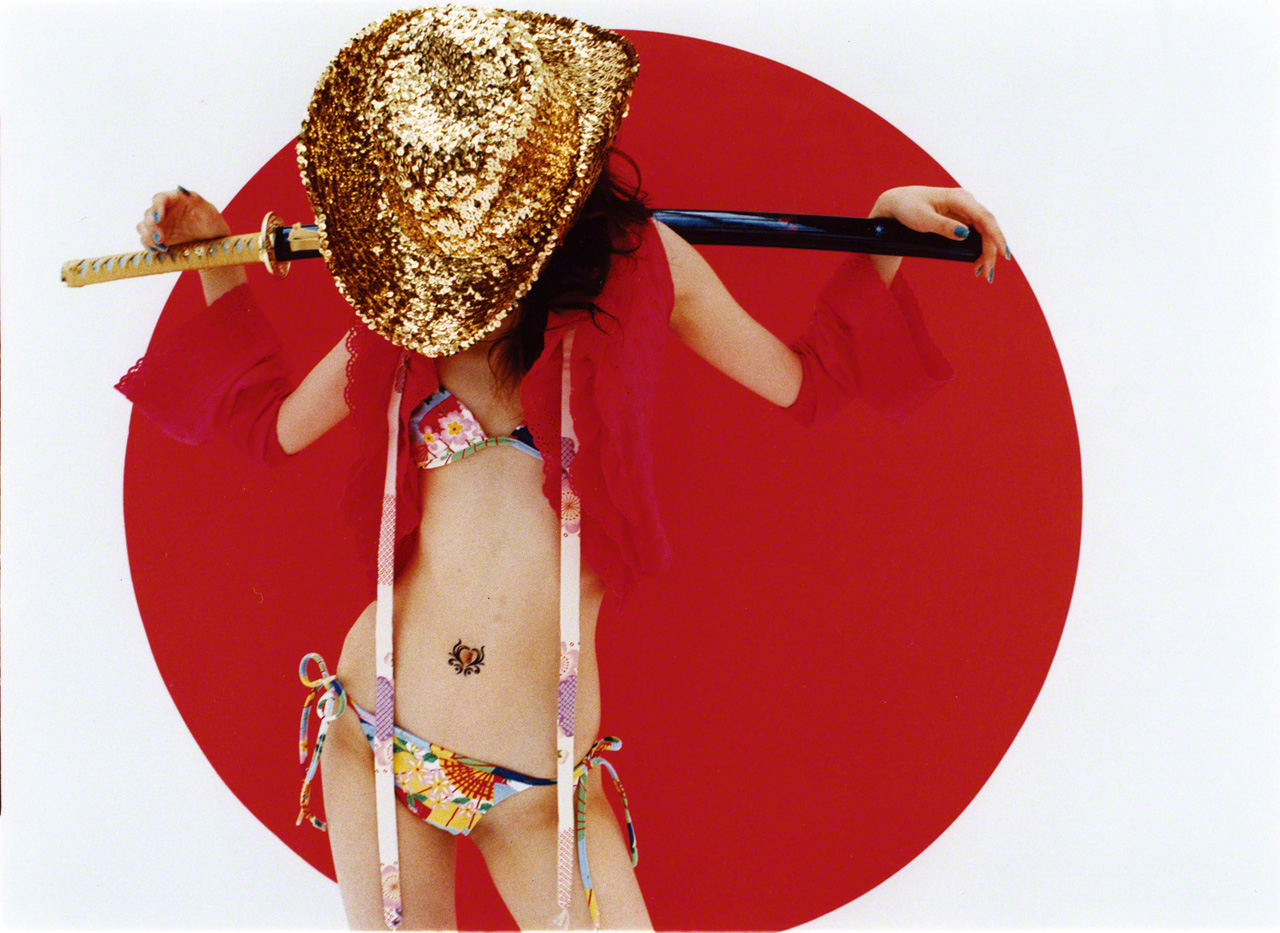 Ninagawa’s restless creativity led her to try her hand at film. As a director, she has been responsible for a series of widely acclaimed films, including Sakuran (Derangement, 2007), Helter-Skelter (2012), Diner (2019), and Ningen Shikkaku: Dazai Osamu to san-nin no onna-tachi (No Longer Human), a drama about the author Dazai Osamu and his most famous novel, also released in 2019.

From November to December 2008, the first large-scale museum exhibition of her work, Chijō no hana, tenjō no iro (Earthly Flowers, Heavenly Colors) was held at the Tokyo Opera City Gallery. The show later went on a tour of galleries across the country. She has continued to display her work widely in museums and galleries in the years since. Held from January to May 2015, a solo exhibition titled Ninagawa Mika: Self Image at the Hara Museum in Tokyo marked a return to self-portraits. The exhibition Ninagawa Mika: Kyokō to genjitsu no aida ni (Ninagawa Mika: Between Fiction and Reality) was held first at the Contemporary Art Museum Kumamoto between June and September 2018 and then went on a tour that will last into 2021, drawing large audiences around the country. 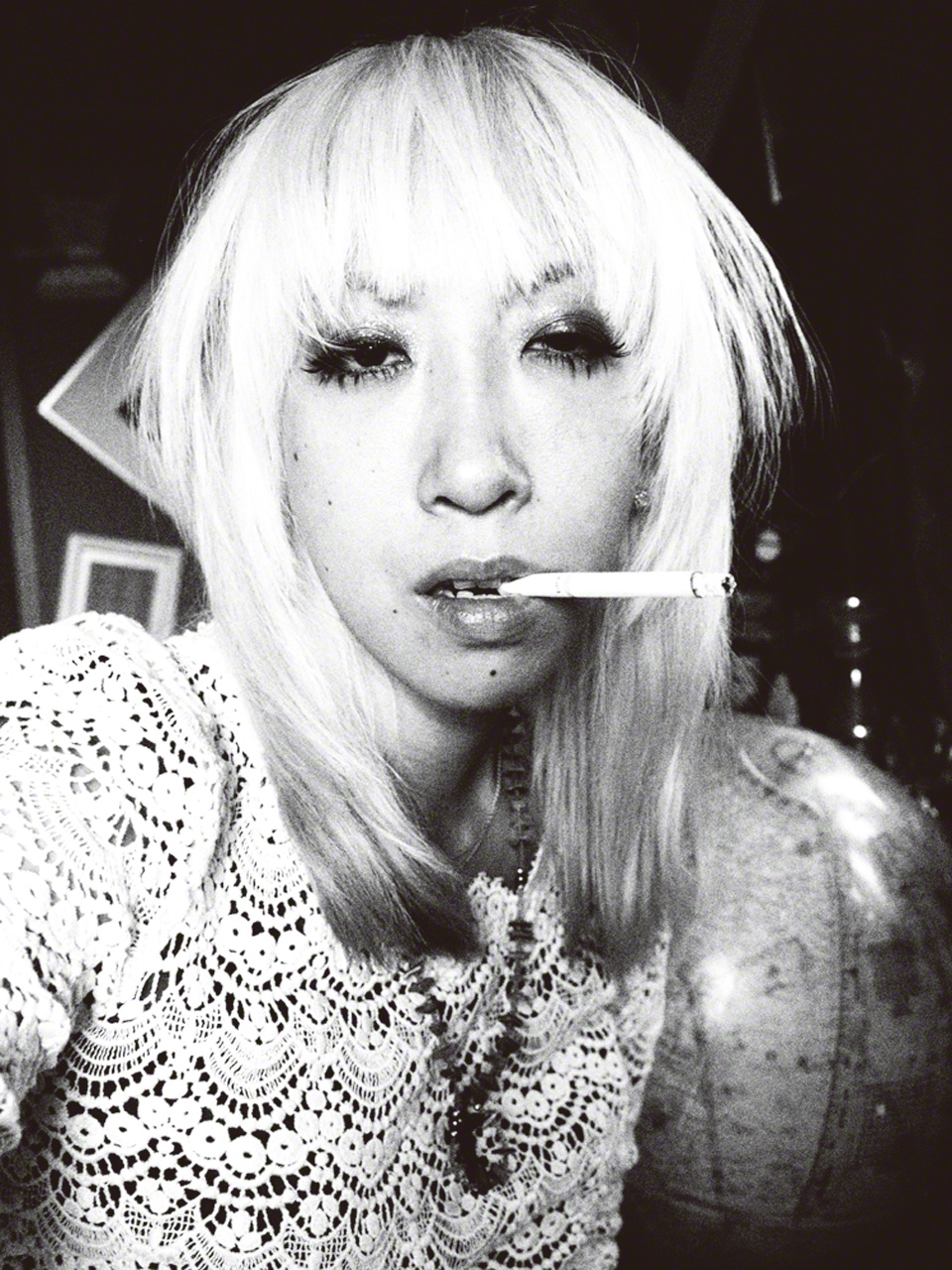 Back to the Starting Point

In recent years, she has continued to widen and expand her creative avenues. One notable project was Sakura (Cherry Blossoms), which brought together 2,500 images of the blossoms taken after the March 2011 Great East Japan Earthquake, when Ninagawa like so many other people in Japan was touched by the life force of the blossoms that continued to bloom amid the devastation and disaster. Other work has included Light of, in which open, expansive images captured the exhiliration and excitement of fireworks, and Utsukushii hibi (Beautiful Days), a series of personal pictures taken around the time of her father’s death. The pictures were published in book form in 2017, and were the subject of an exhibition at the Hara Museum in May that year. 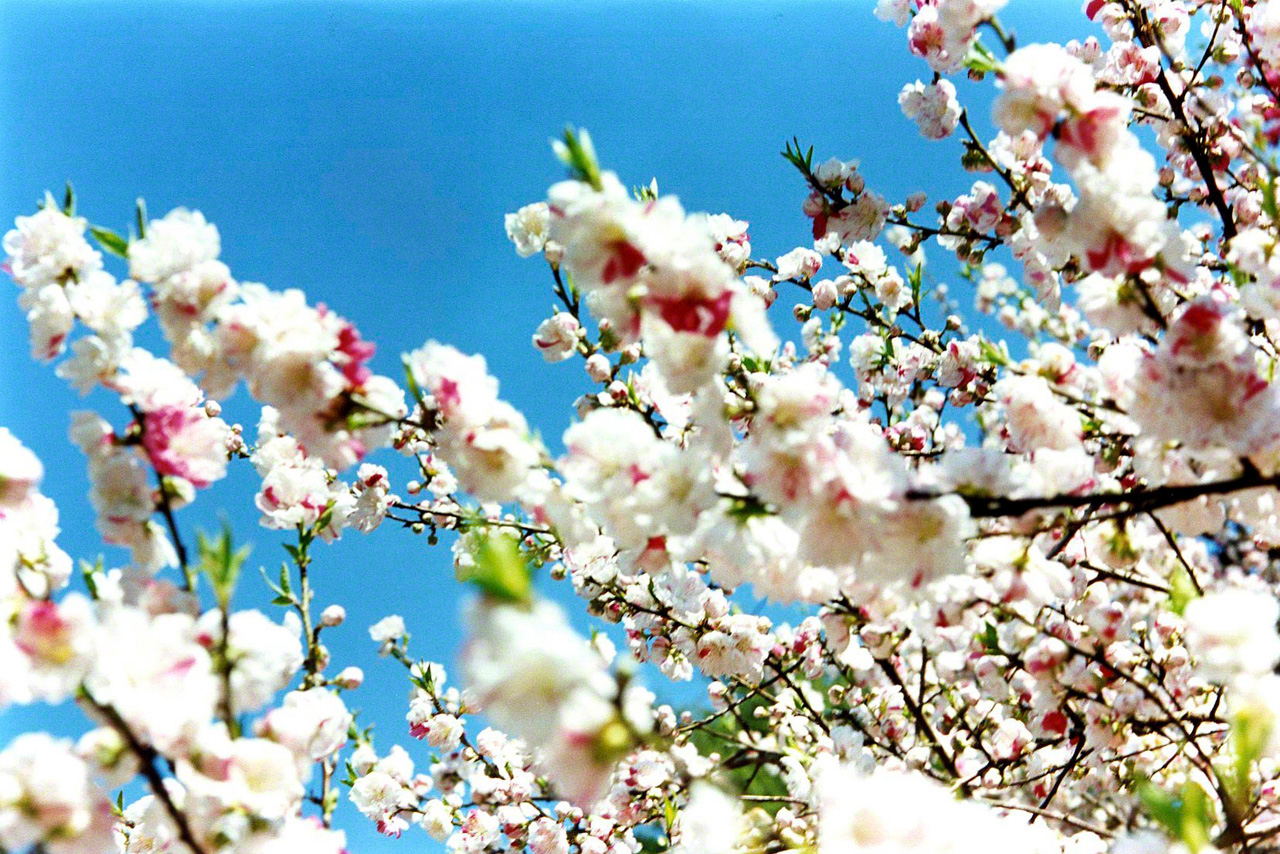 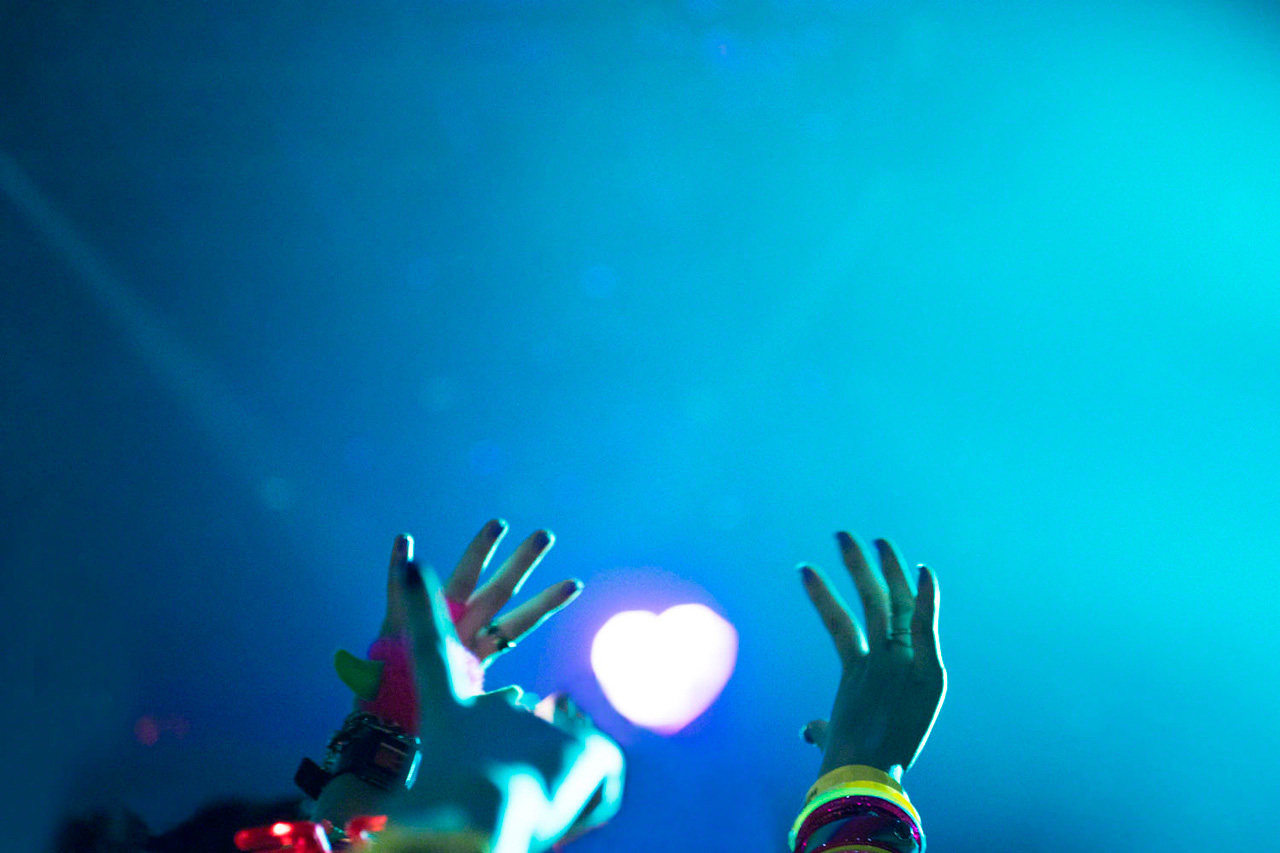 In June 2020, she held an exhibition titled Tokyo at the newly reopened Parco Museum Tokyo in Shibuya. For the first time, her work directly addressed the city where she was born and grew up, as she turned her lens on the city and its people in the midst of the coronavirus pandemic. Most of the photographs were taken with a Fujifilm Utsurun Desu single-use camera: another indication that here was an artist determined to return to her roots by taking up again the simple tools with which she had started out on her career. 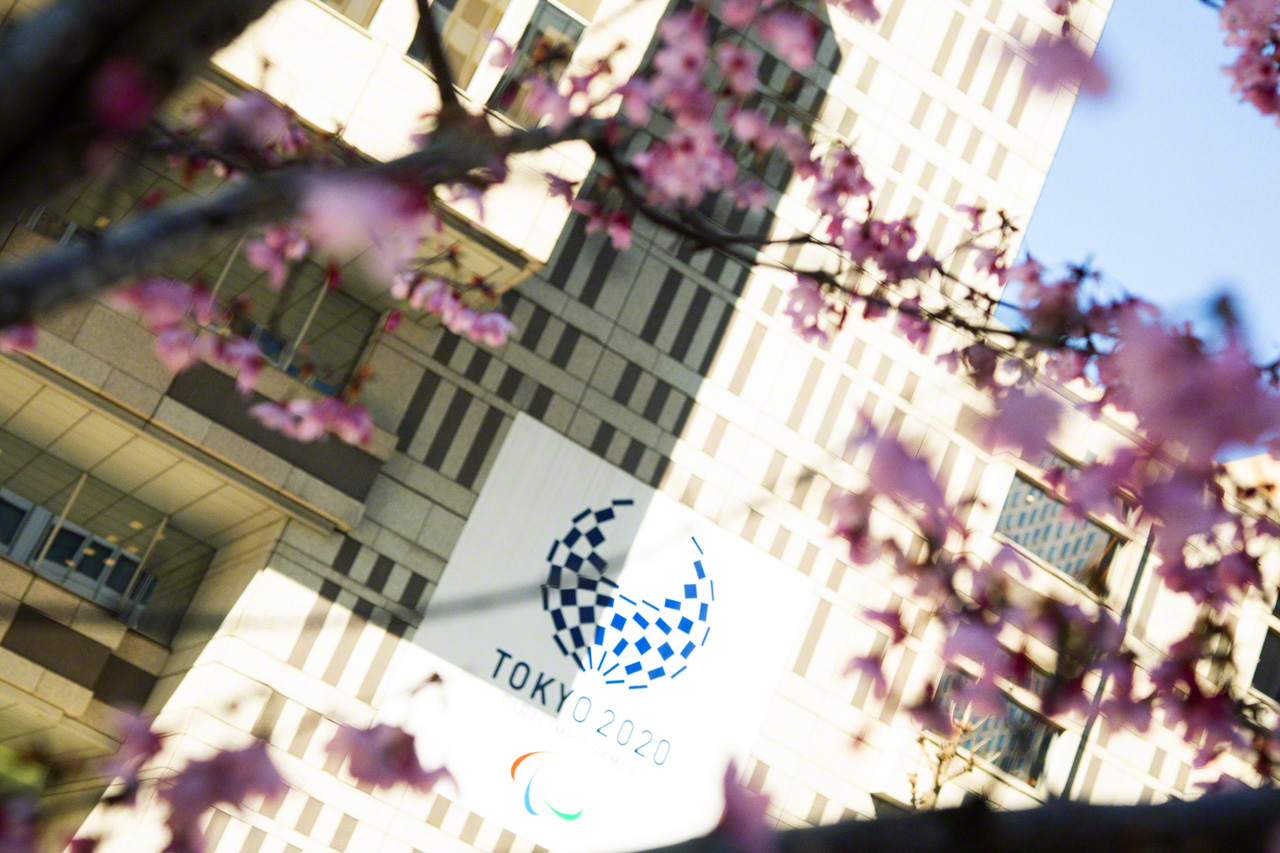 Today, Ninagawa Mika is an artist whose work and interests go far beyond the framework of photography alone. In addition to her film work, she serves as an executive board member of the Tokyo Organizing Committee for the Olympic and Paralympic Games. As her career continues to develop, her unceasing creativity and readiness to take on new challenges will surely make her a role model for young women artists for many years to come.