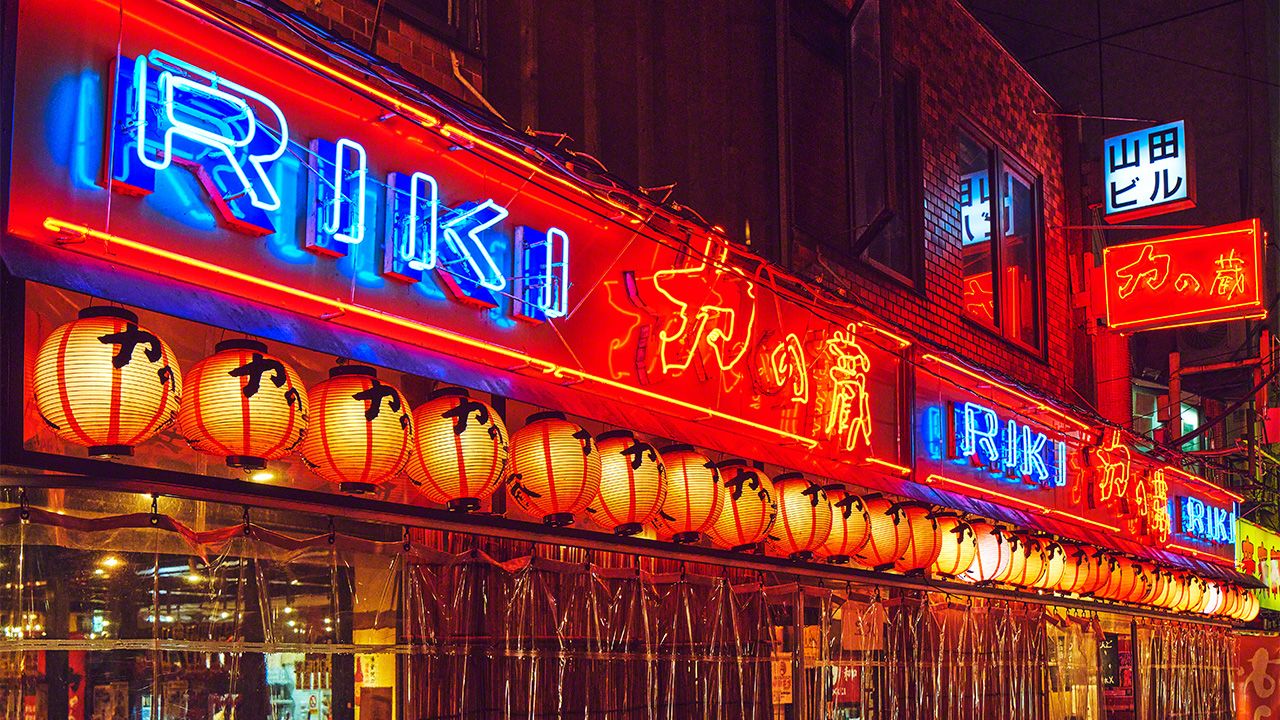 Night in the City: Capturing the Fading Age of Neon Lights in Tokyo and Beyond

Culture Lifestyle Design May 3, 2022
The nighttime flicker of neon signs intermingle with the thoughts and moods of Tokyo’s inhabitants as they wander the streets below their wistful glow. A photographer roams the capital and surrounding areas in search of evocative, neon-lit landscapes.

As a photographer, I am captivated by the distinct, colorful glow of neon signs. Starting in the fall of 2019, I spent two years traversing the streets and alleys of Tokyo and its neighboring communities, training my lens on the enchanting scenes created by the electrified glass tubes. 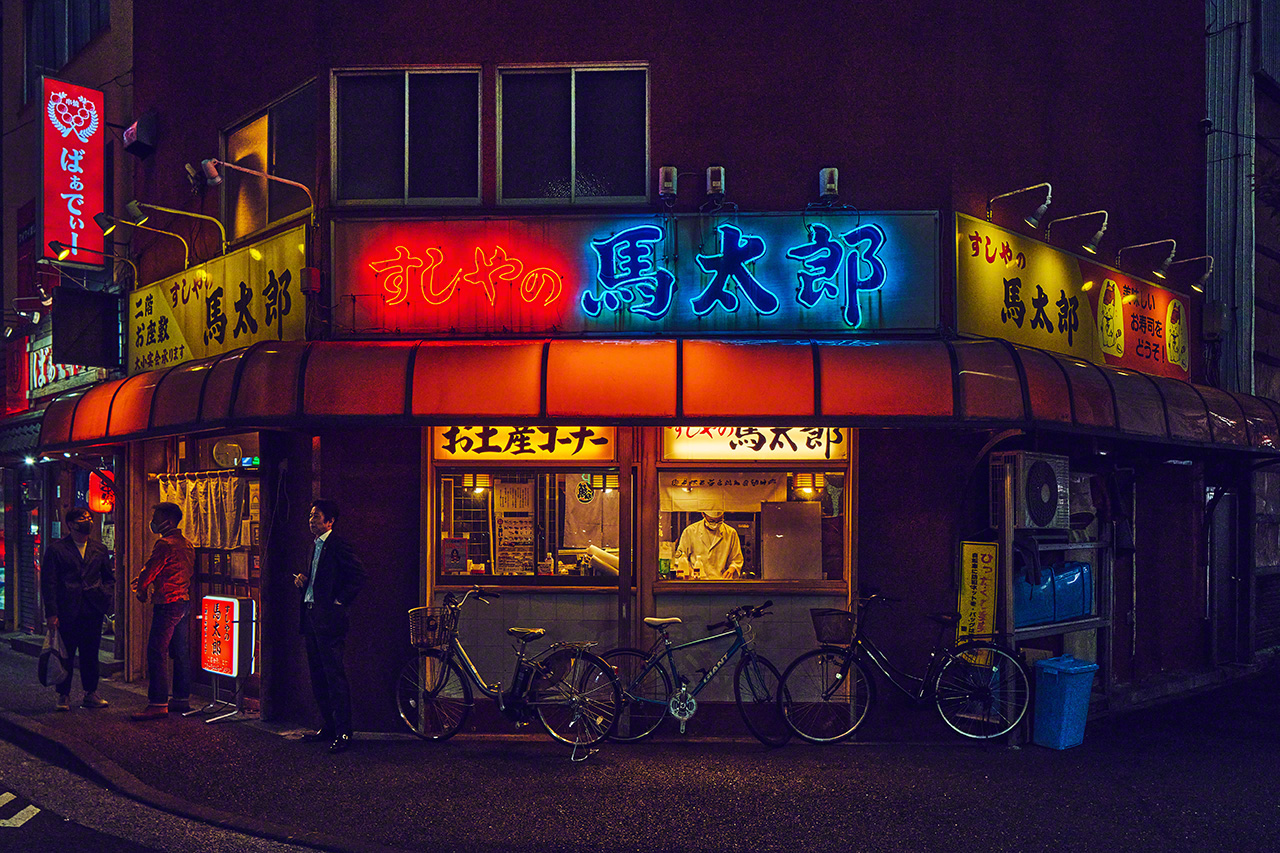 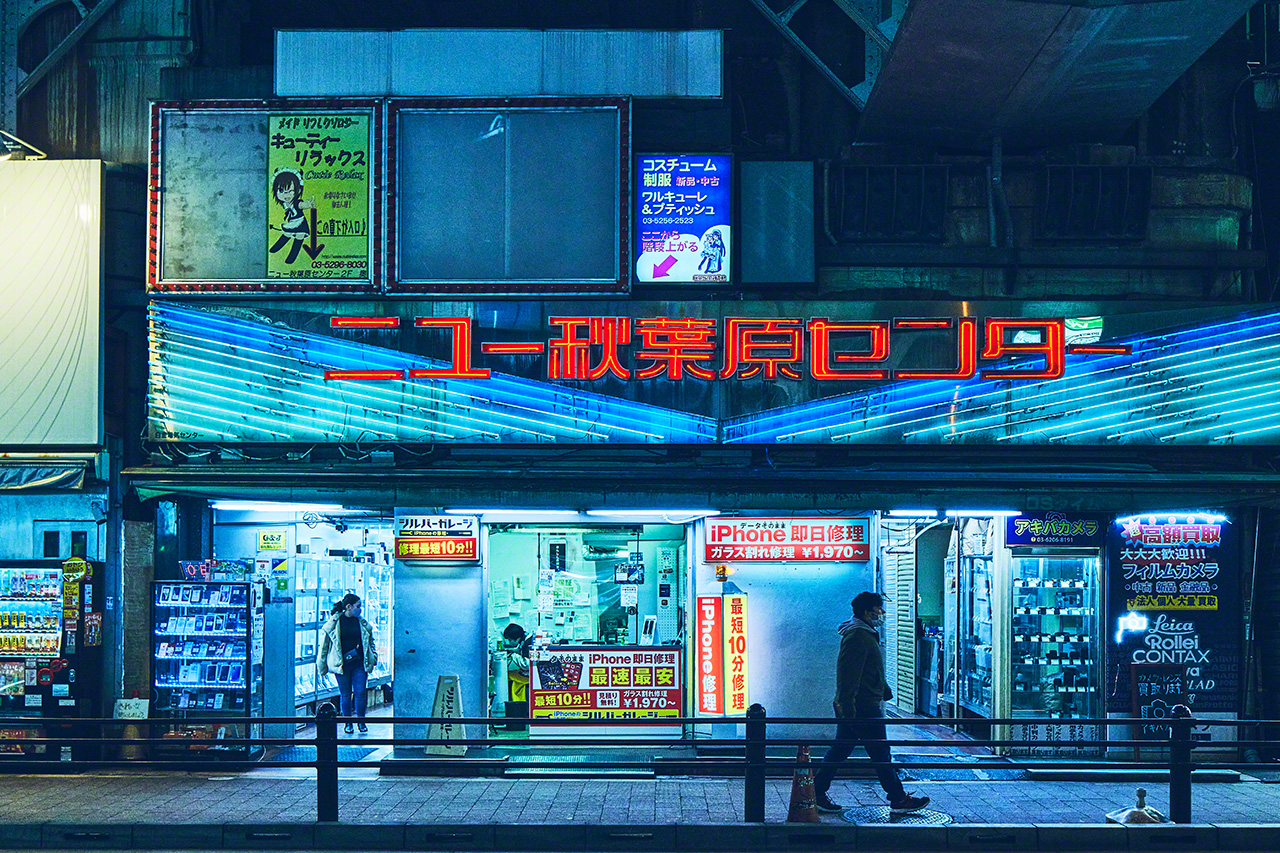 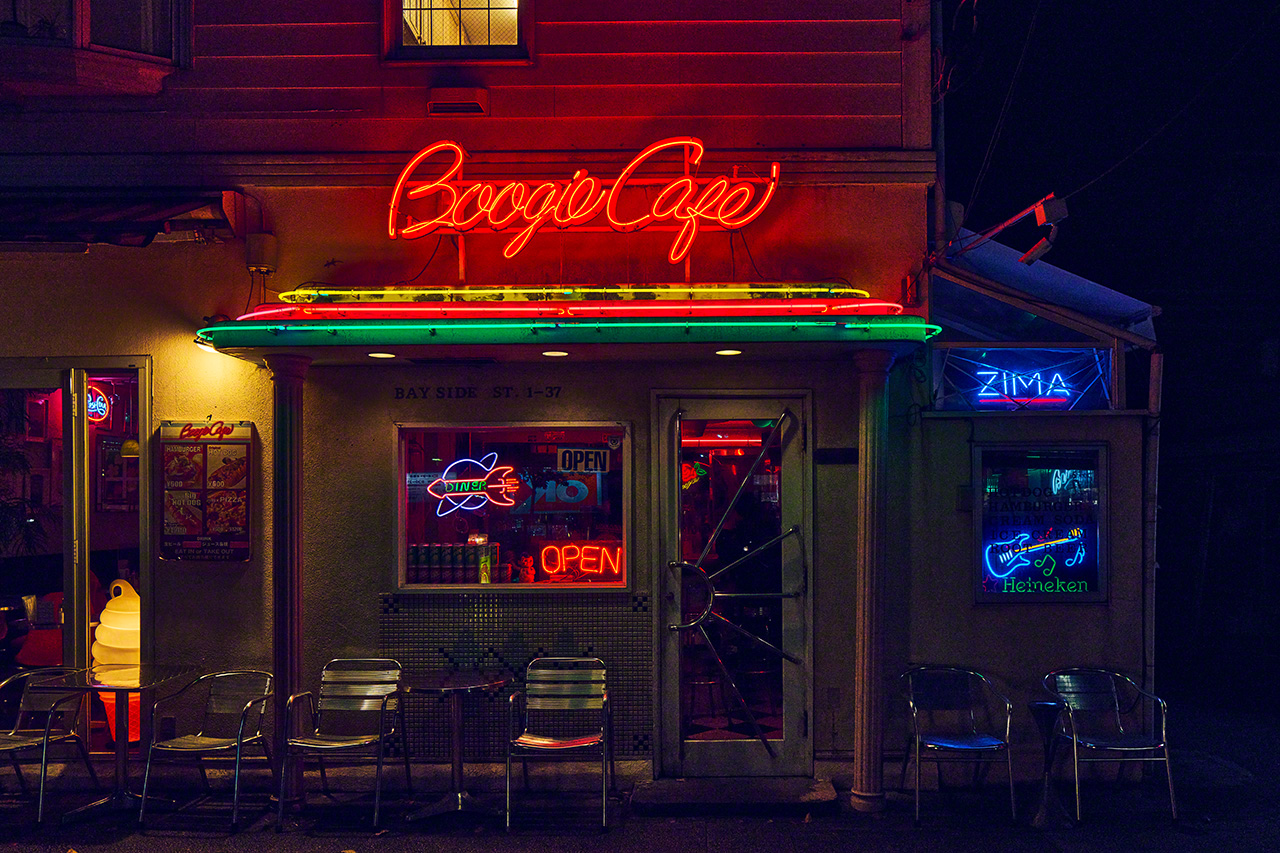 The Boogie Café lights up the Honmoku Makado area of Yokohama, Kanagawa Prefecture.

Long a standard of nightlife in Japan, over the last 15 years neon tubes have steadily given ground in displays and signs to longer-lasting and less-energy-hungry LEDs. Hearing of neon’s rapidly dwindling presence, I set out to photograph what specimens still survived. Sadly, the decline was worse than I had imagined. Time and again, I visited old haunts and other locales where I remembered having seen gleaming neon signs, only to discover that LEDs had long ago displaced the beguiling lights. 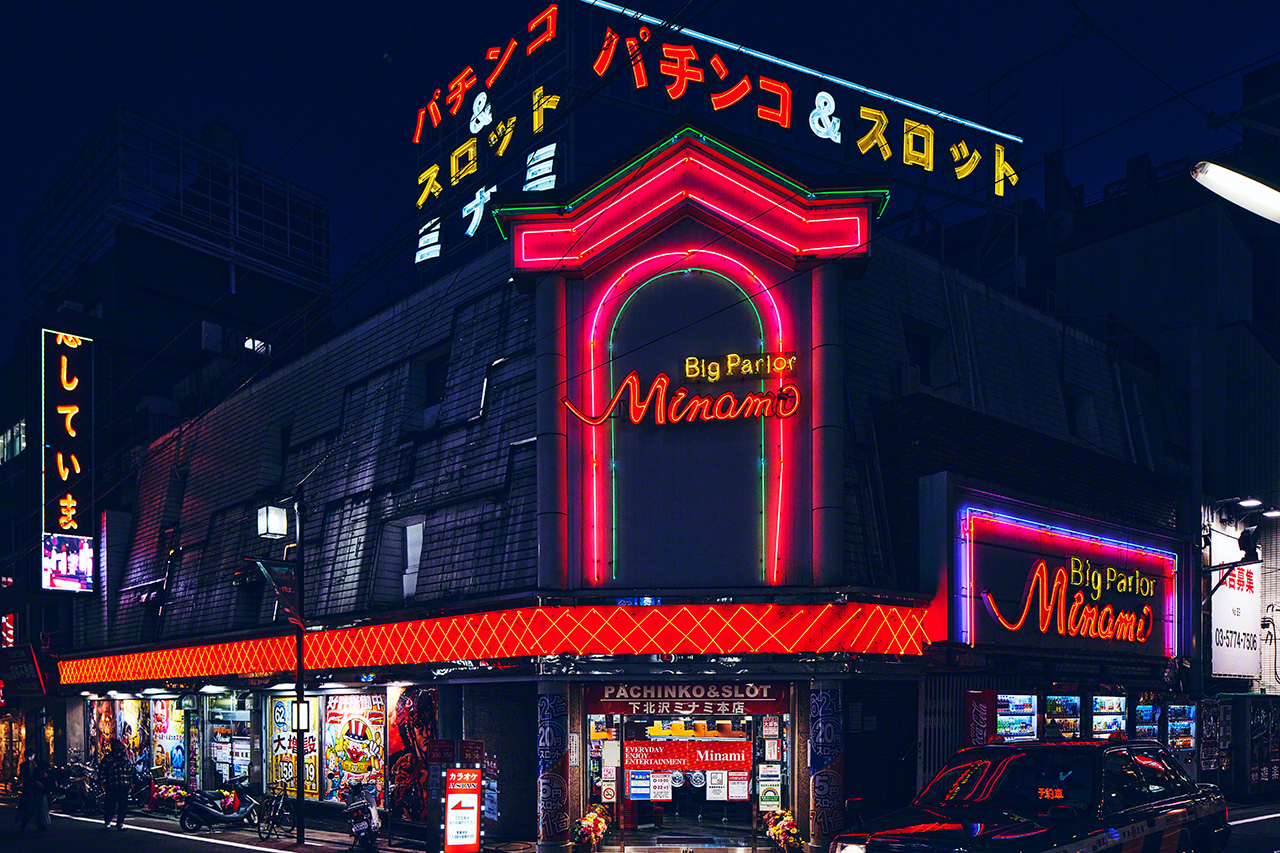 When exploring the metropolis, I found neon to be most prevalent at dining and entertainment establishments. It illuminates signs above bars and restaurants, particularly izakaya and shops specializing in yakiniku (Korean barbecue), as well as lights displays of pachinko parlors, amusement arcades, public baths, saunas, fashion boutiques, live music venues, and all manner of clubs. Major stations also boast an abundance of neon, typically rooftop advertisements for corporations or brand-name products, as do areas alongside expressways. Even in these neon bastions, though, LEDs are gradually becoming the norm. 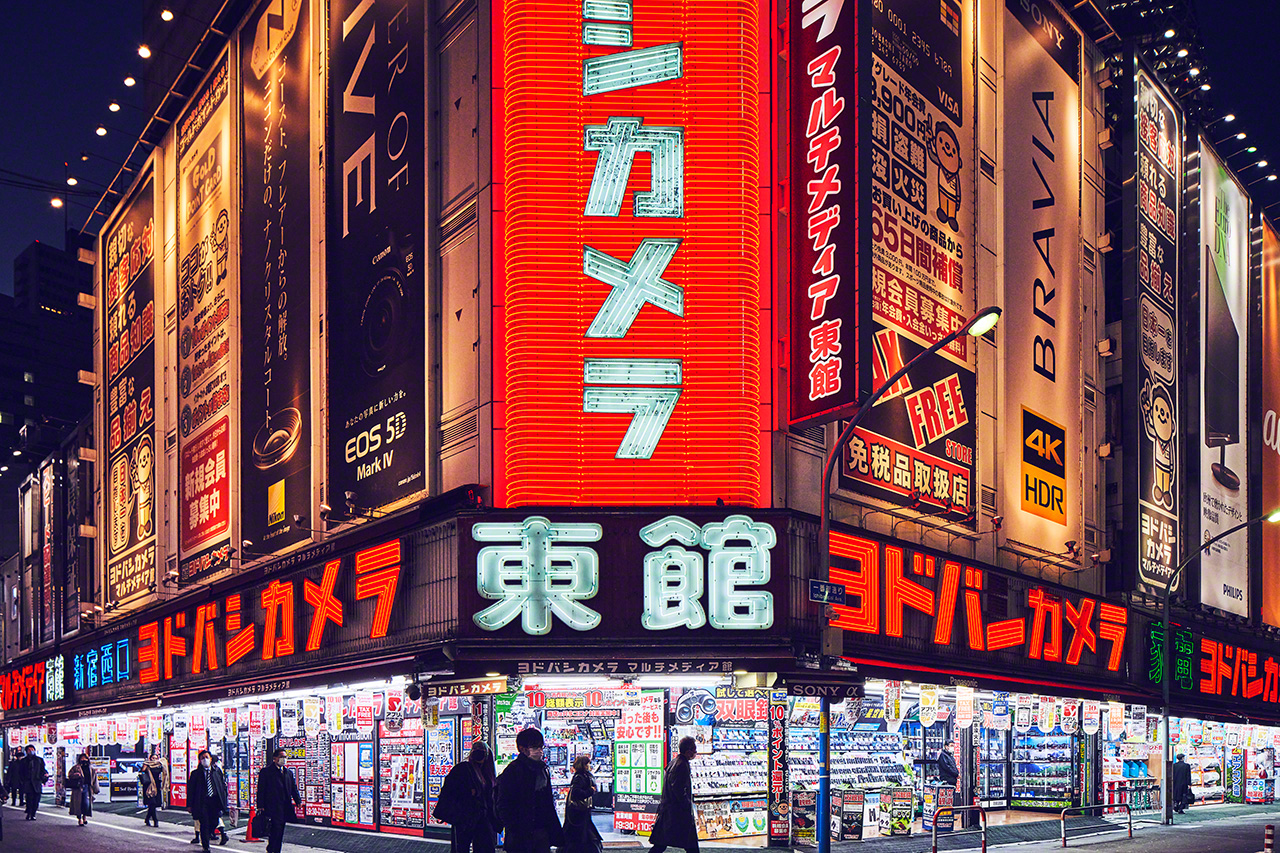 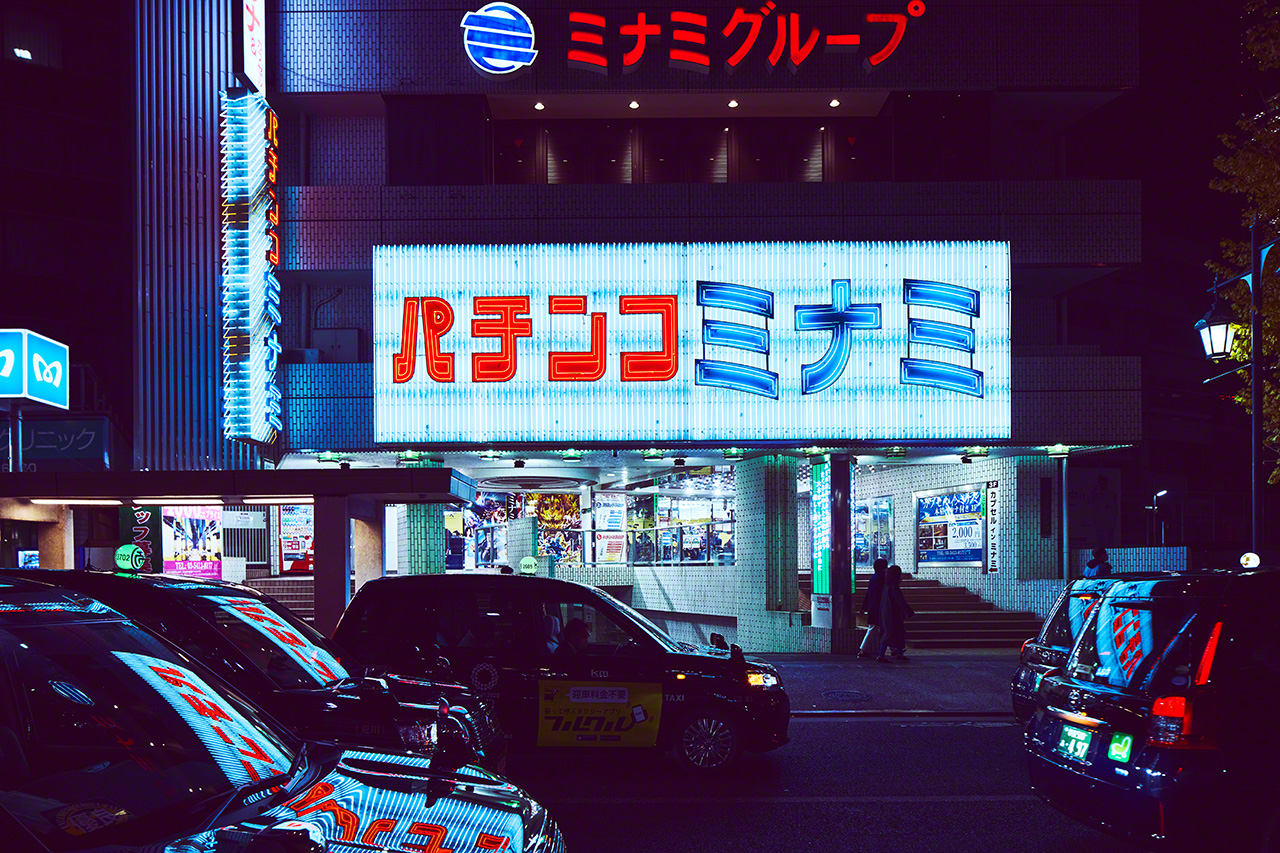 Pachinko parlor Minami in Roppongi, prior to shutting down in January 2021. 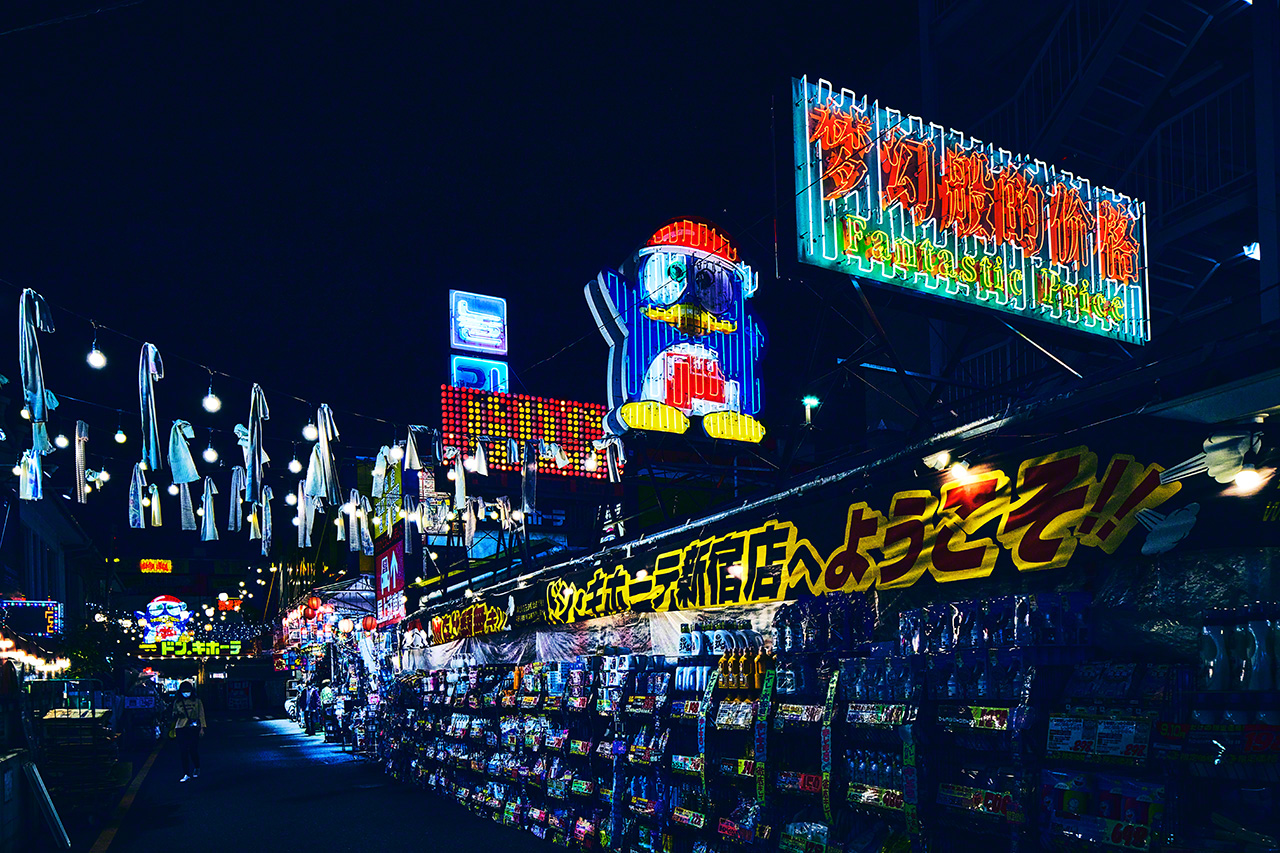 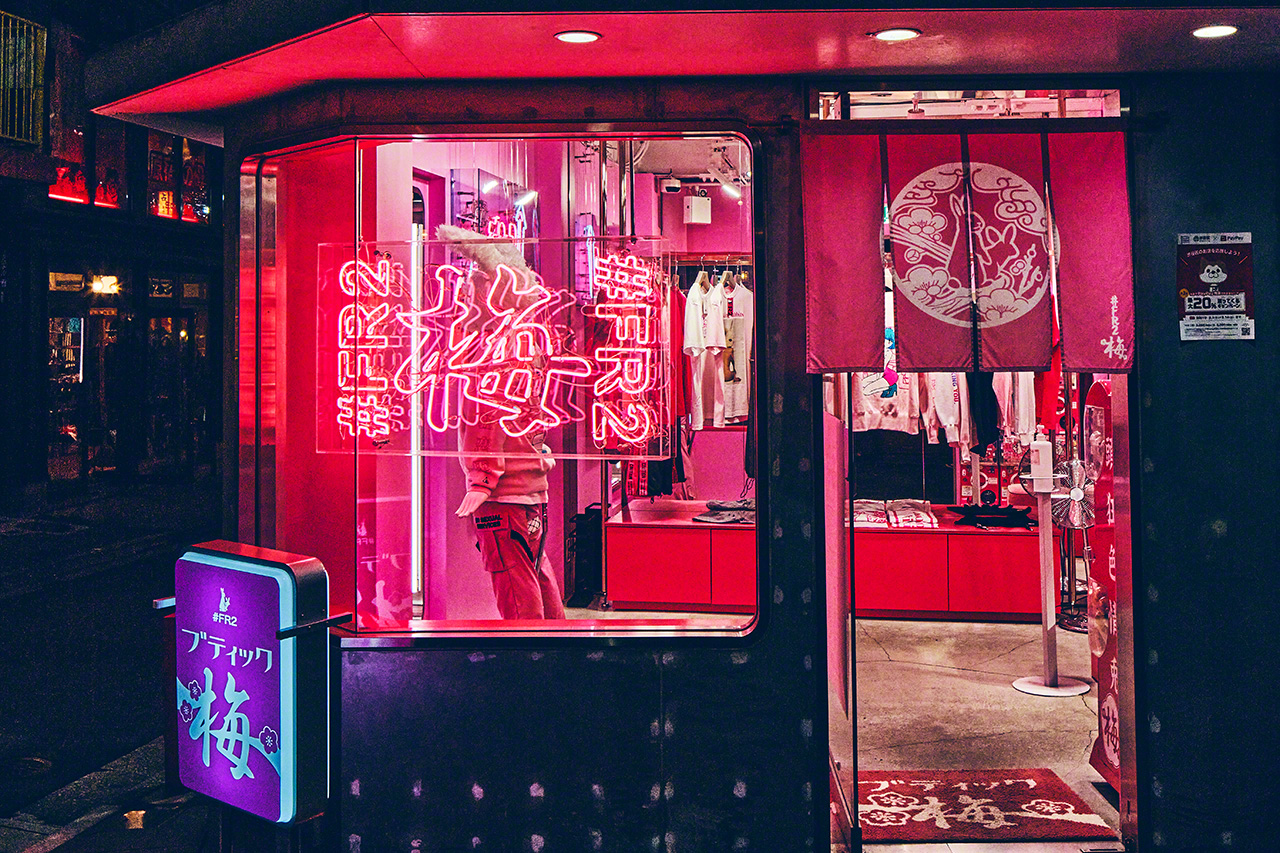 There is no denying that large neon signs belong to a fading age. The mammoth displays began to lose their luster in Japan’s energy crunch that followed the Great East Japan Earthquake in March 2011. Their demise has been hurried along by government power-saving measures, most notably those promoting LED use. The neon displays that have survived and new creations tend to be modest affairs advertising small shops. 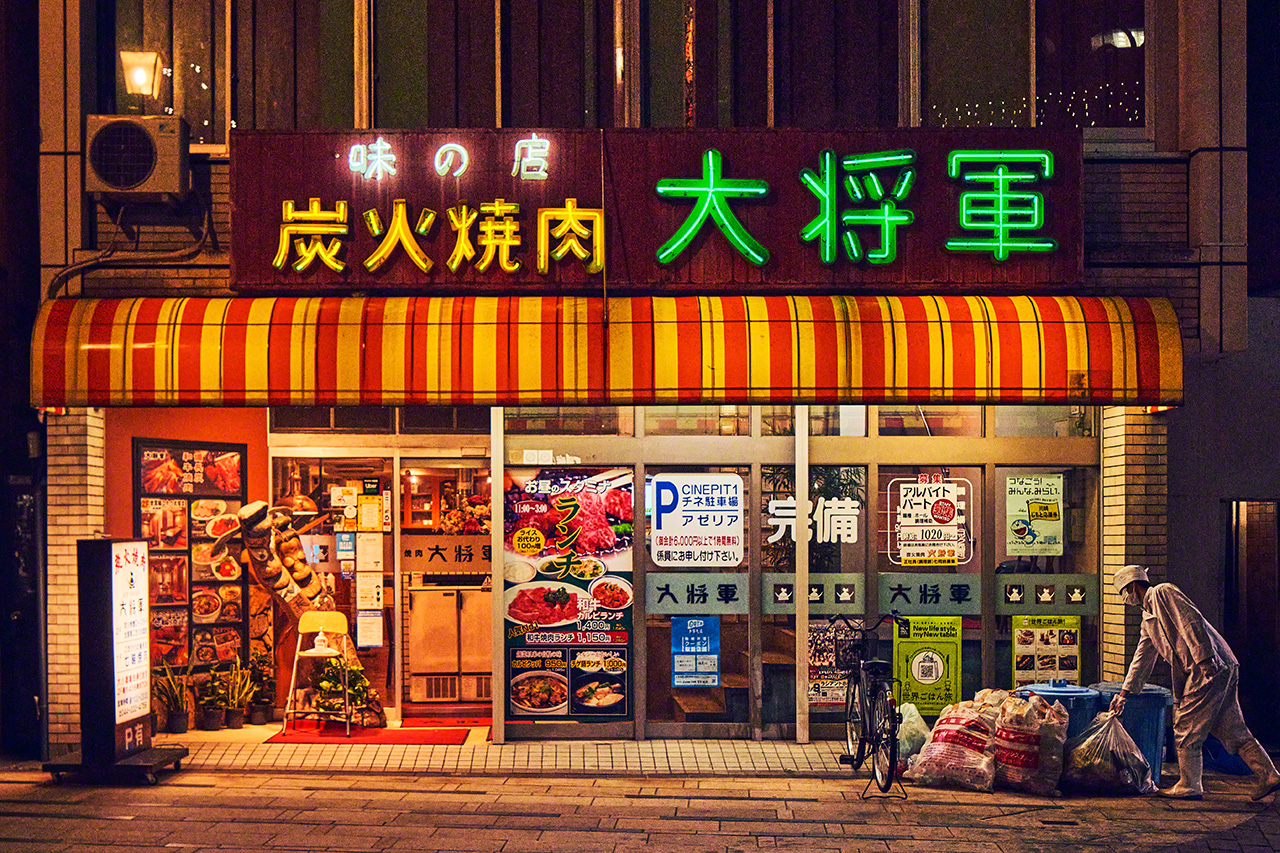 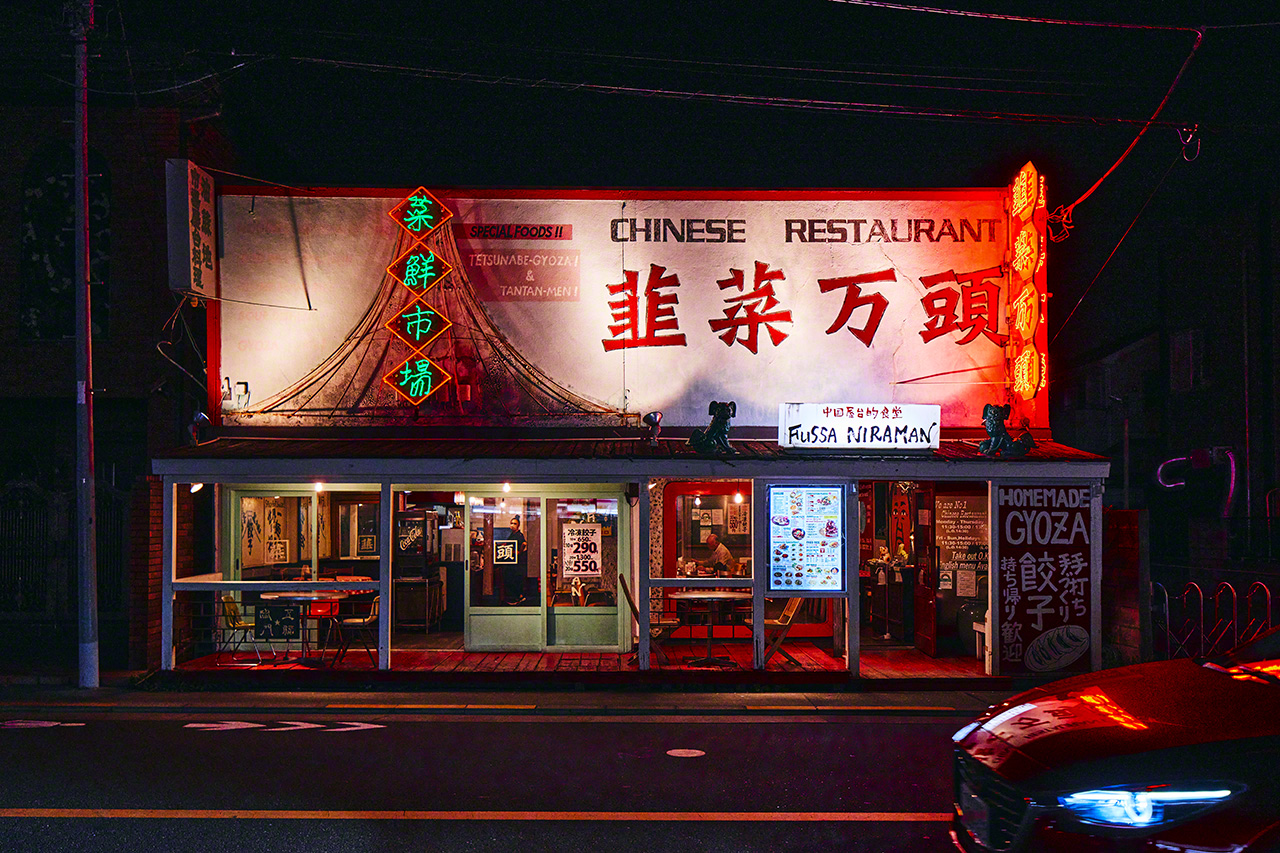 One characteristic of neon that has helped in its preservation is that tubes are relatively long-lived. With proper care, they can typically last 15 years, and there are a number of signs in the capital that have been shining for nearly twice as long. Many of the shops boasting neon signs that I encountered have been in businesses some 20 years and enjoy status as local landmarks. Their bright displays featuring names and phrases in native and foreign scripts, pictures, and an array of other designs stand out like beacons, drawing the eyes of passersby and inviting them to step inside. Having toured Tokyo and its surroundings, I would argue that the metropolitan area is unequaled the world over in its wide assortment of neon creations. 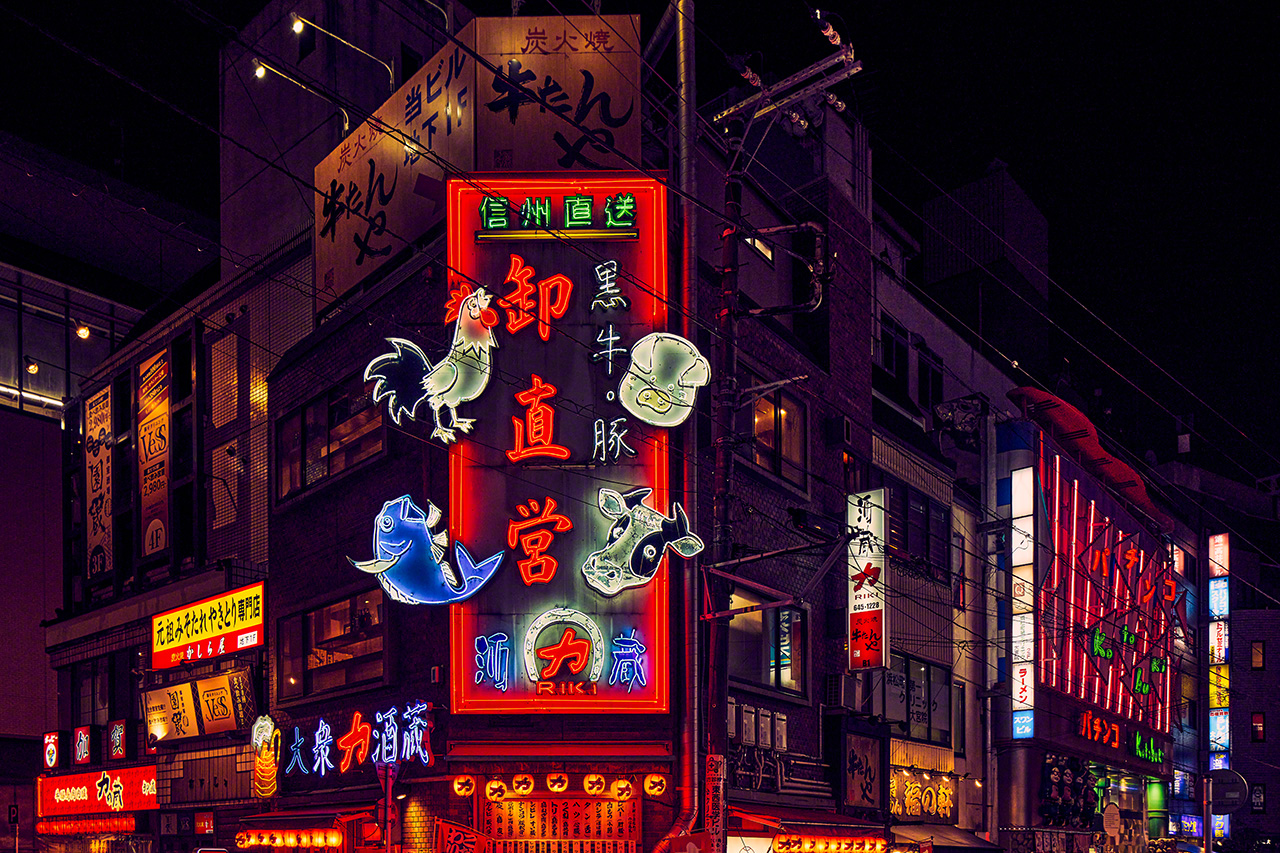 Izakaya Sakekura Riki on the west side of Ōmiya Station in Saitama. 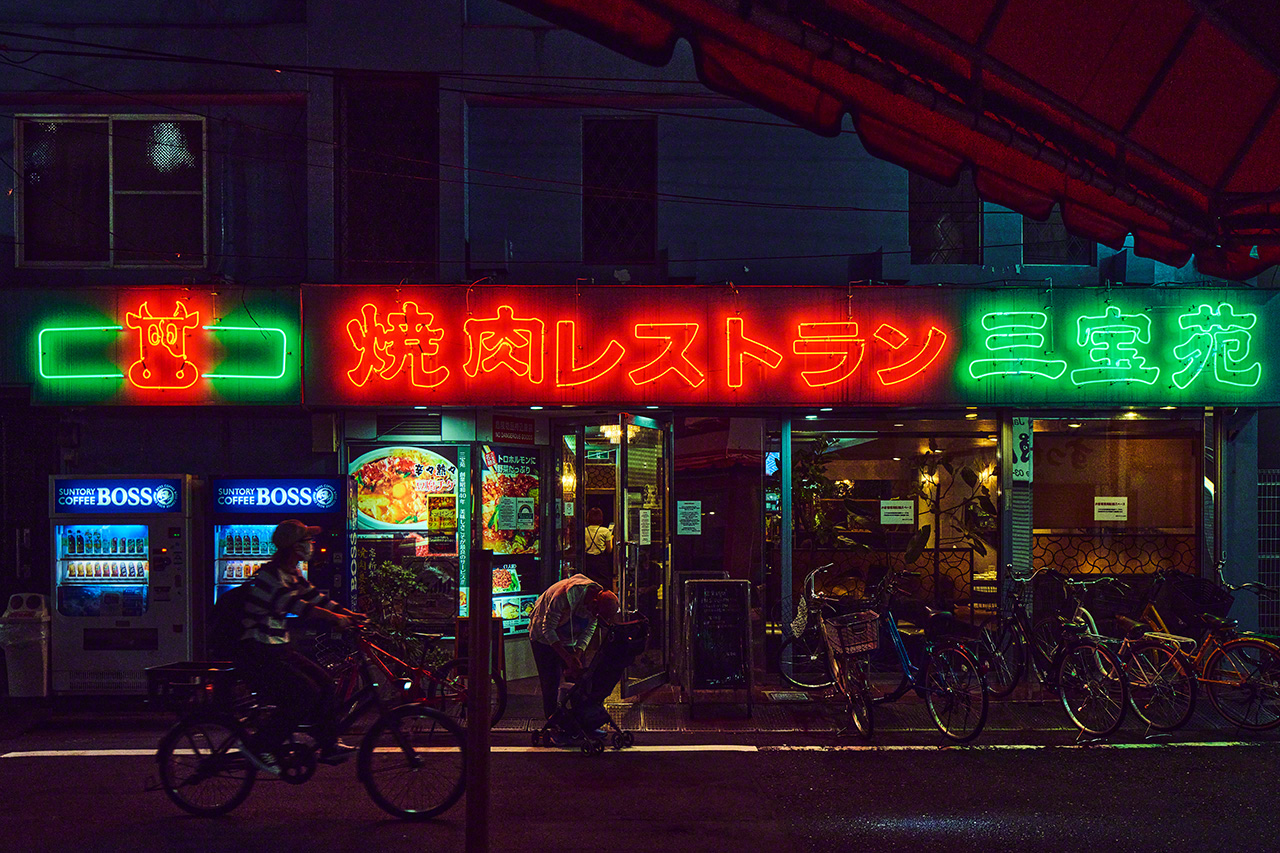 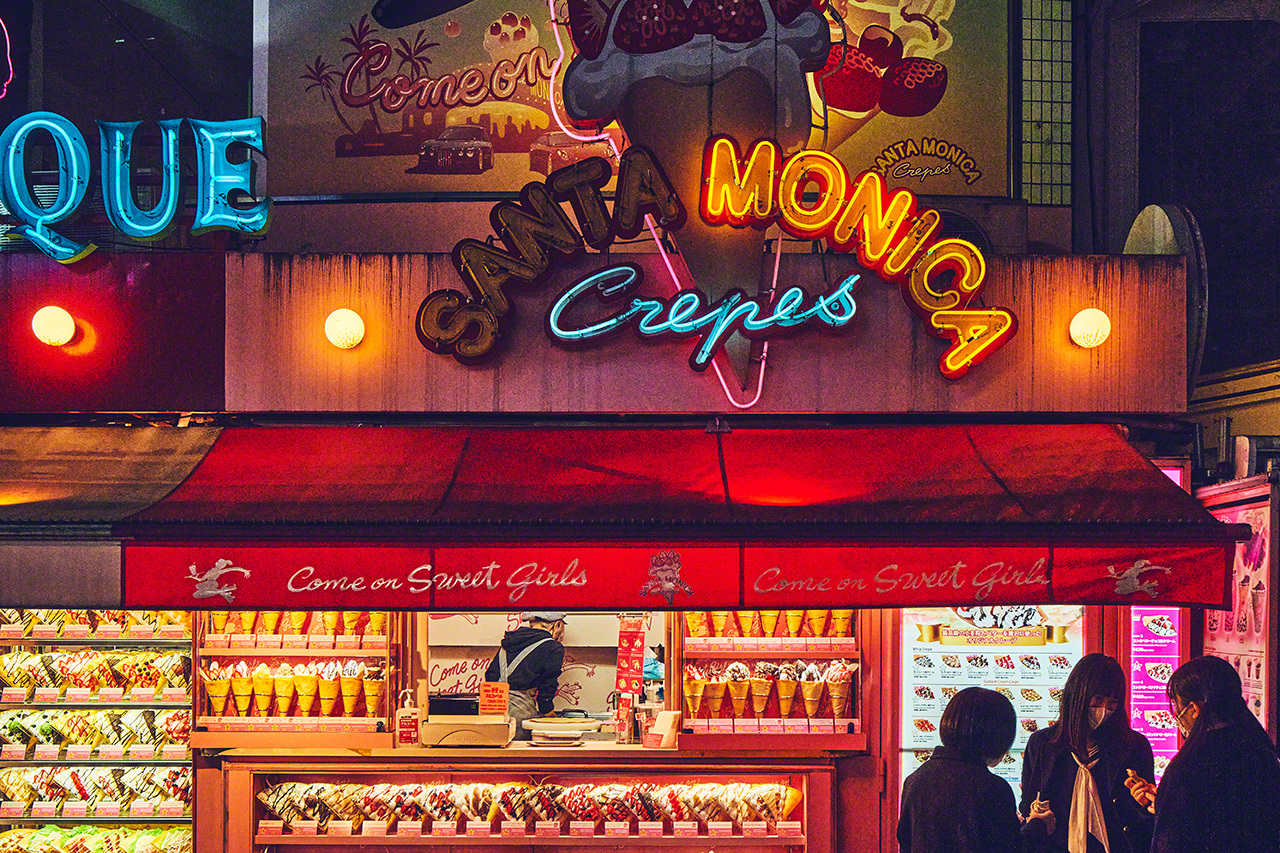 Picturing a neon-lit street tends to trigger in me a mixture of nostalgia and melancholy. At first, I assumed these feelings sprang from the confluence of my many memories formed under the hypnotic nighttime glow. But as I searched the capital for illuminated enclaves, I discovered it was the distinct aura of the lighted signs themselves that tripped my bittersweet feelings.

Part of the appeal of neon creations are their customized feel. Skilled artisans carefully shape each tube by hand, heating the glass over a burner and sculpting the supple material into the individual words, pictures, and other components of signs and displays. Different gases are then injected according to the desired color, such as argon for blues and neon for reddish tints. It is a time-consuming process, but one that, to me, imbues a human warmth to the light emanating from these sculptures of glass and gas. 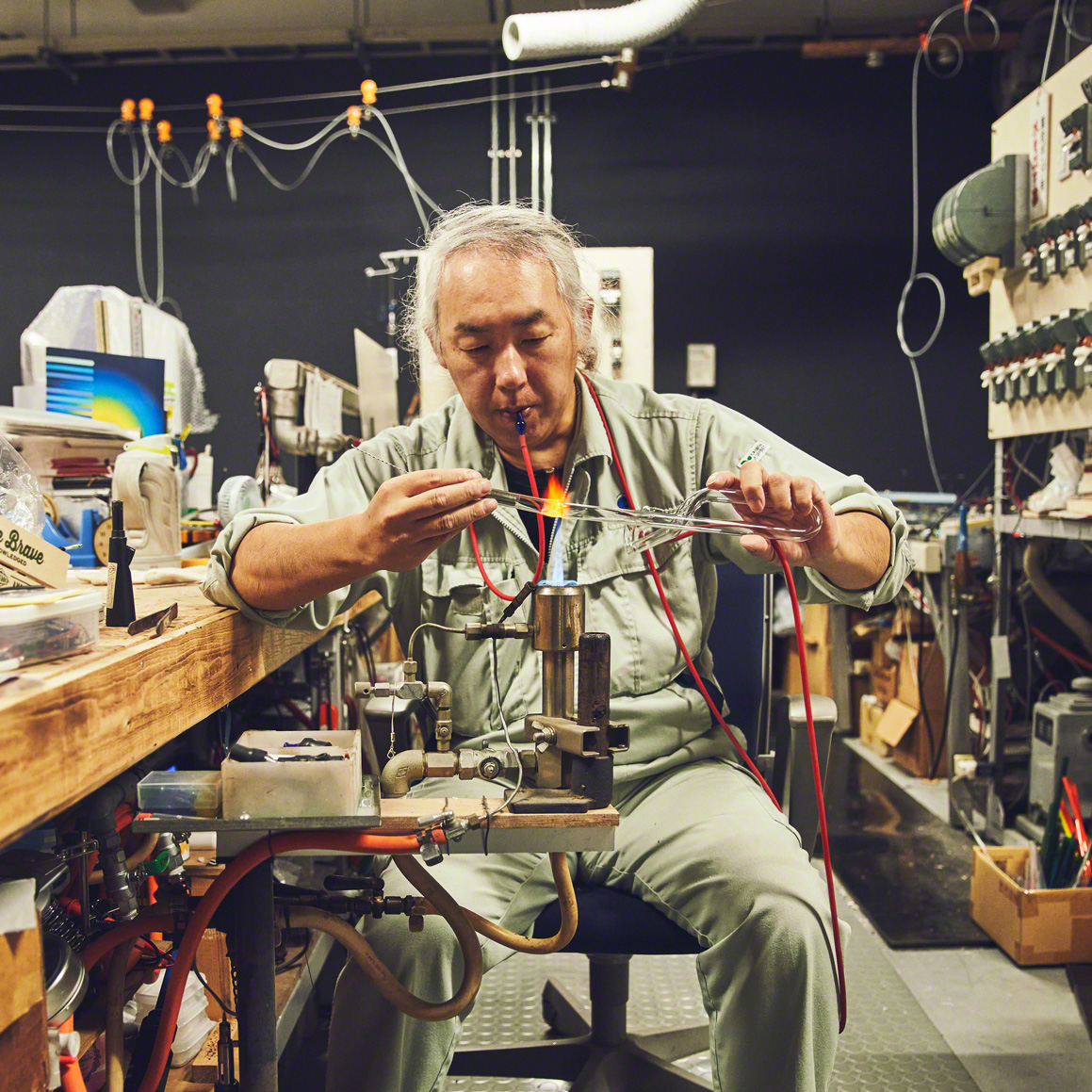 Yokoyama Yoshinobu of manufacturer Aoi Neon heats a glass tube. Entering the trade in his late teens, he has crafted numerous large advertisements and signs over his career, earning the title of “neon meister.”

Compared to LED boards, with their linear, punctuated light, neon casts a soft, warm glow that radiates evenly along the length of the tube, a characteristic appealing for signs on shop fronts as well as displays on walls and roadways. Even with all the benefits LEDs have, their light is no match for the gentle, inviting radiance of neon.

Like so many other aspects of life, neon signs too have been impacted by the COVID-19 pandemic, with a steady stream of restaurants and other businesses turning off their displays for good. However, there are encouraging signs that neon is making a comeback. Since the fall of 2020, I have witnessed a heartening uptick in young proprietors choosing neon signs for their new businesses. Most of these new displays are modest, monochrome designs that complement rather than stand out from the surroundings, reflecting the era’s low-key vibe.

Intrigued by this development, I asked young shop owners why they chose old-style neon displays over LEDs, a more recent technology. Many said that neon has a timeless, retro pop-culture feel that crosses generations. In their eyes, neon-lit landscapes are familiar and spark sentimental feelings that are not unlike the sense of returning home. 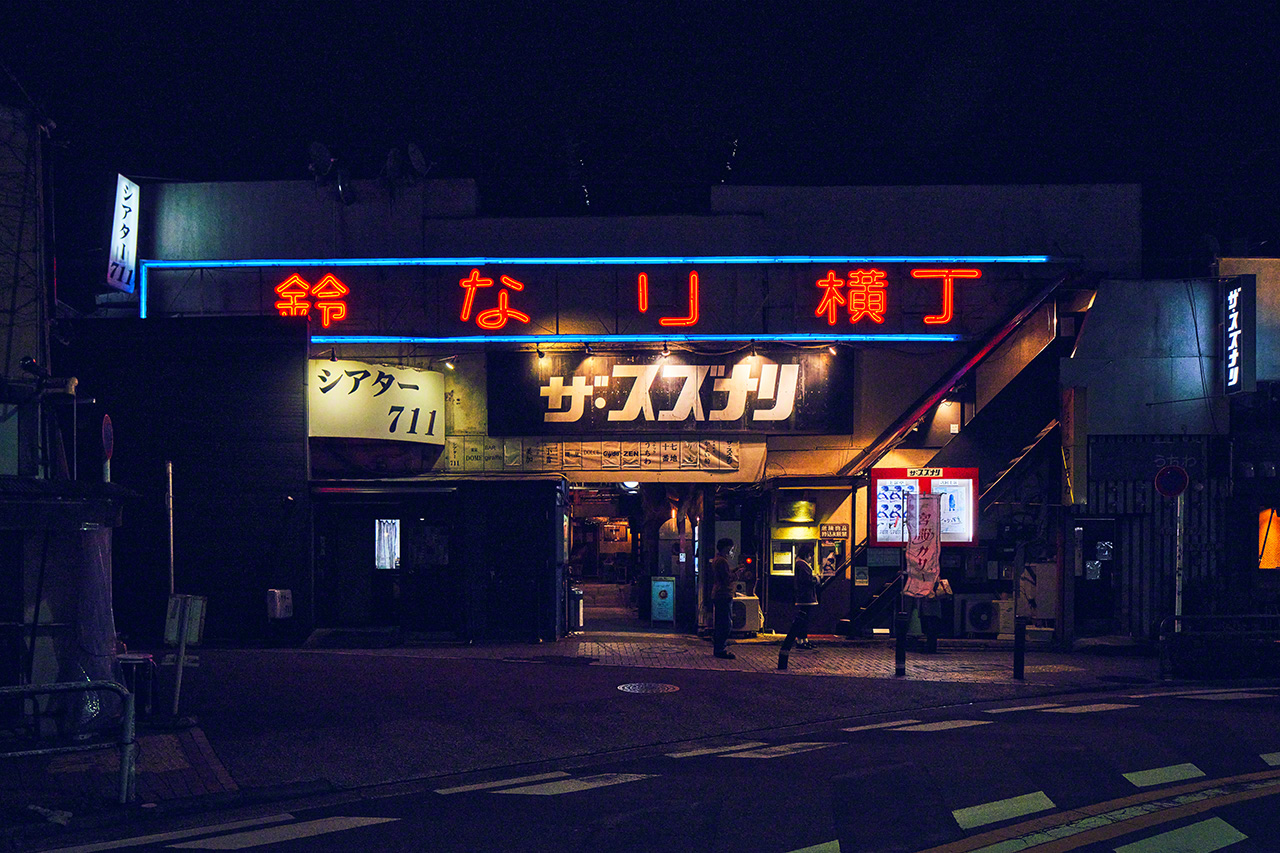 A neon sign advertising the entrance to Suzunari Yokochō, a cluster of shops and bars in the Kitazawa area of Shibuya. 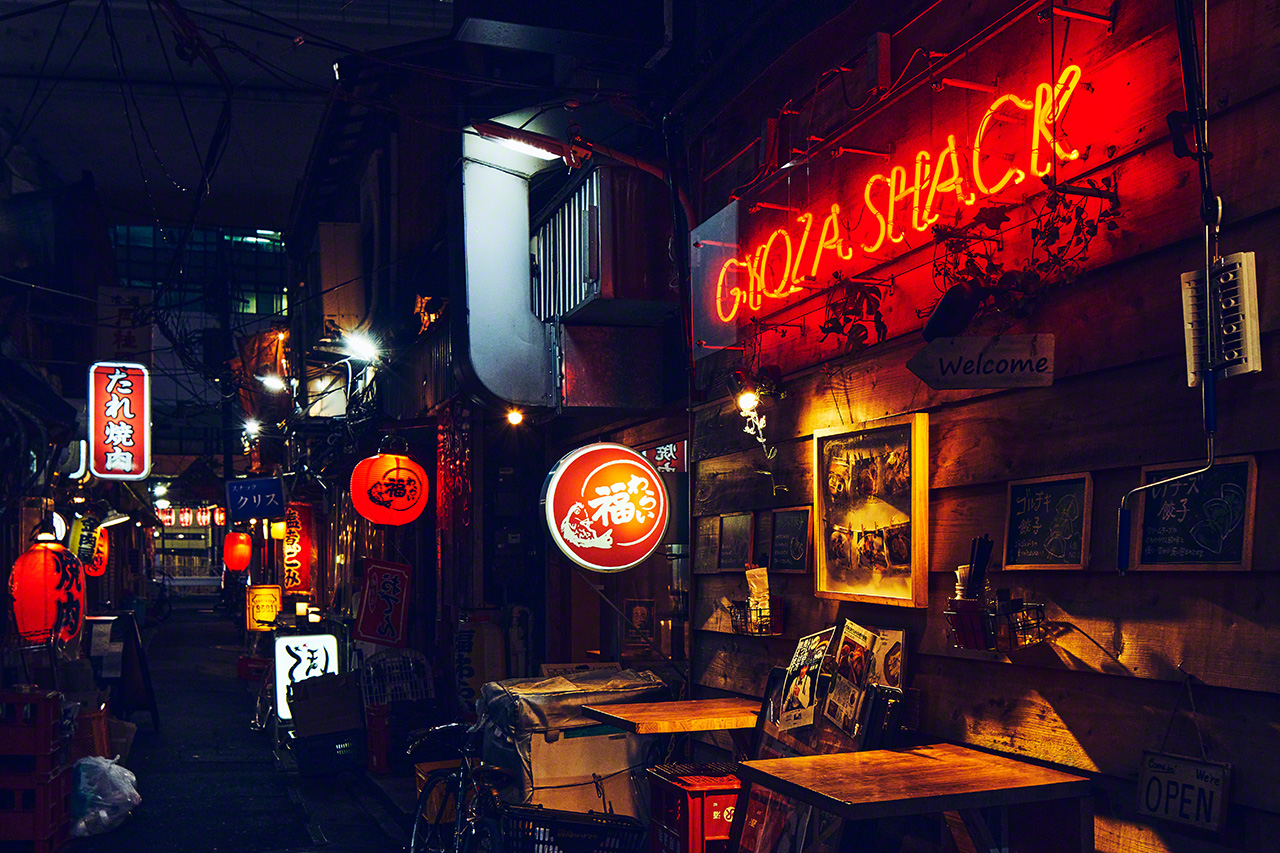 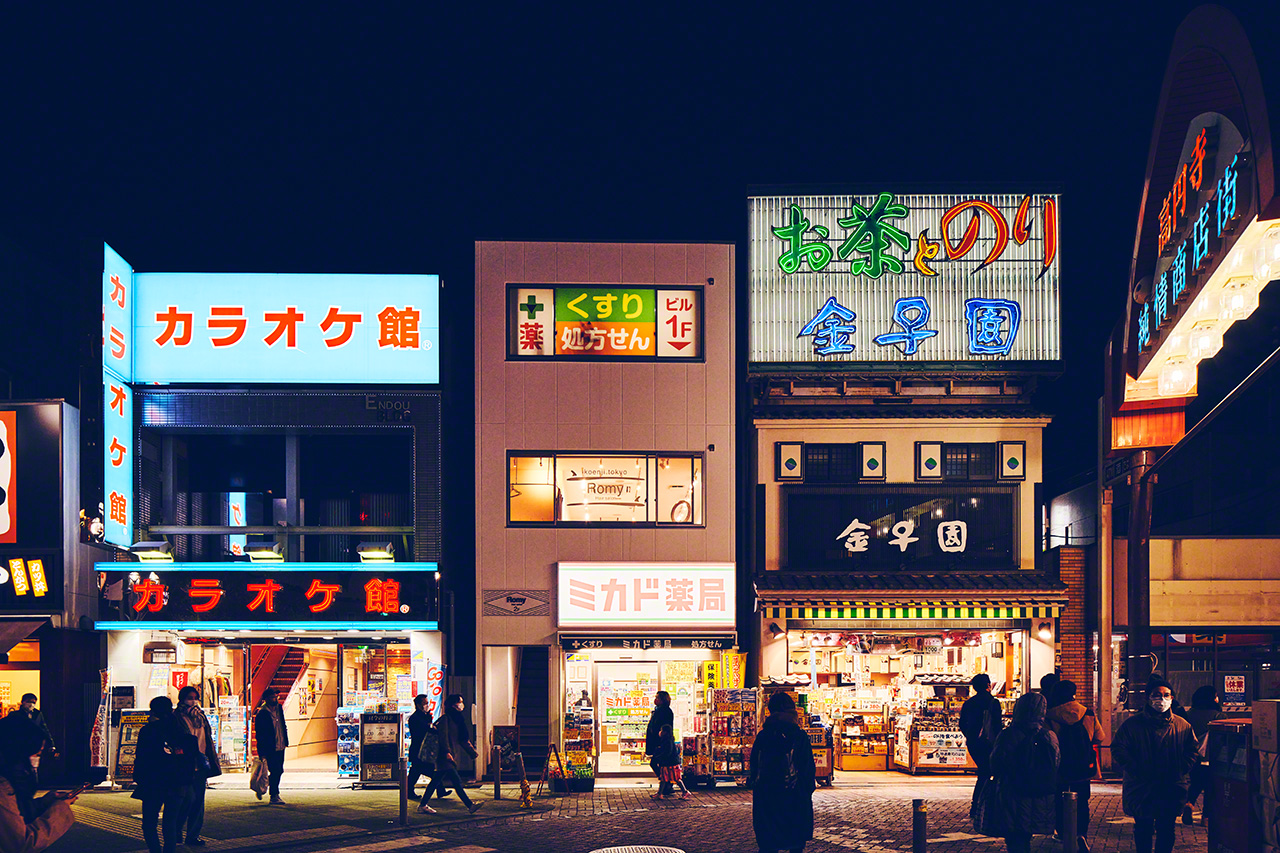 The pandemic has forced us to curtail so many of our normal interactions. This has had an outsized impact on younger generations, who have been deprived of opportunities to build and maintain social connections, and as a result are more apt to suffer feelings of isolation. I see this youthful embrace of neon as an attempt to establish new spaces where young people can interact and be themselves. Establishments like sake shop and standing bar Kuwahara Shōten and greengrocer-cum-pub Yellow Page Setagaya tap into the wistfulness of neon, utilizing its cozy, inviting light to beckon patrons to step inside and commune. By employing neon, these businesses are trying to turn the tide and revive what has been lost amid the coronavirus: a sense of connection. 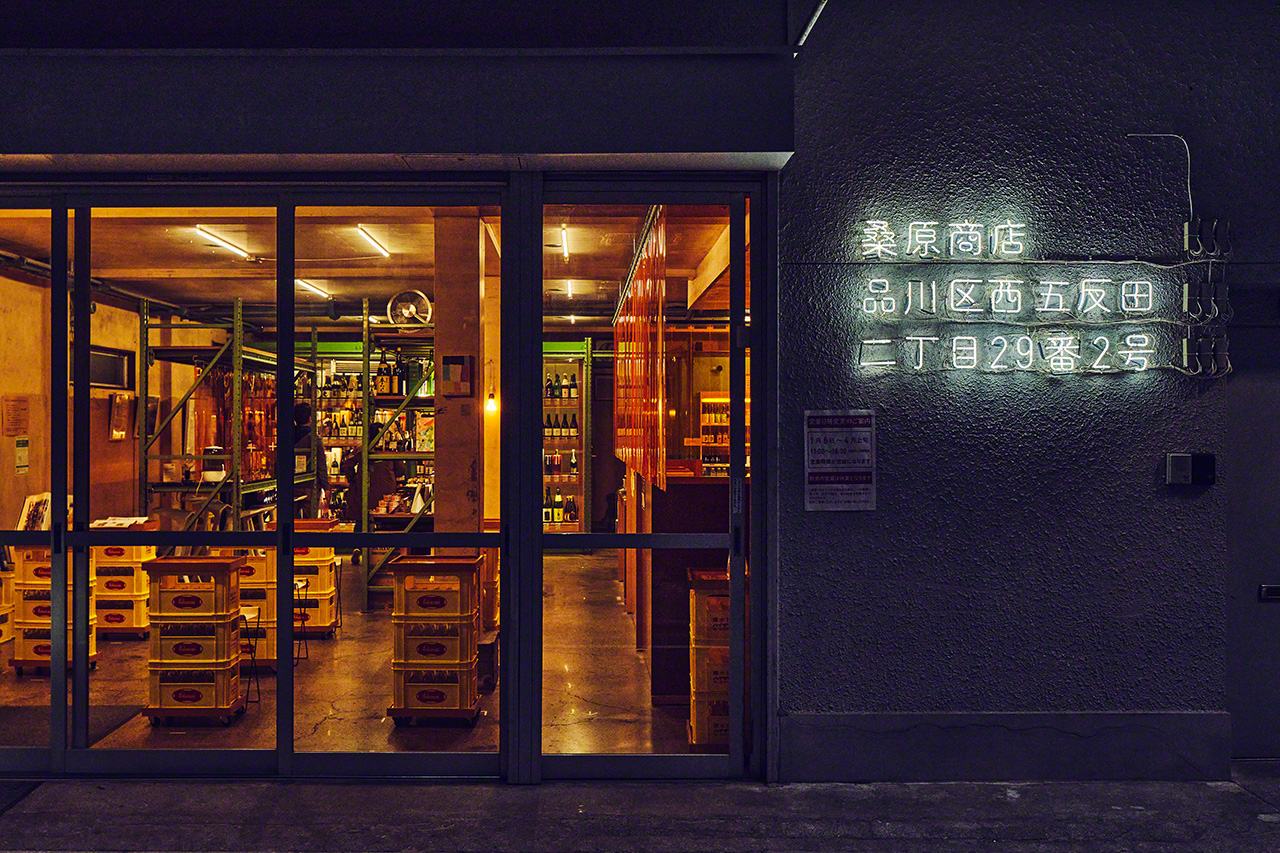 Standing bar Kuwahara Shōten in the Nishigotanda district of Shinagawa. 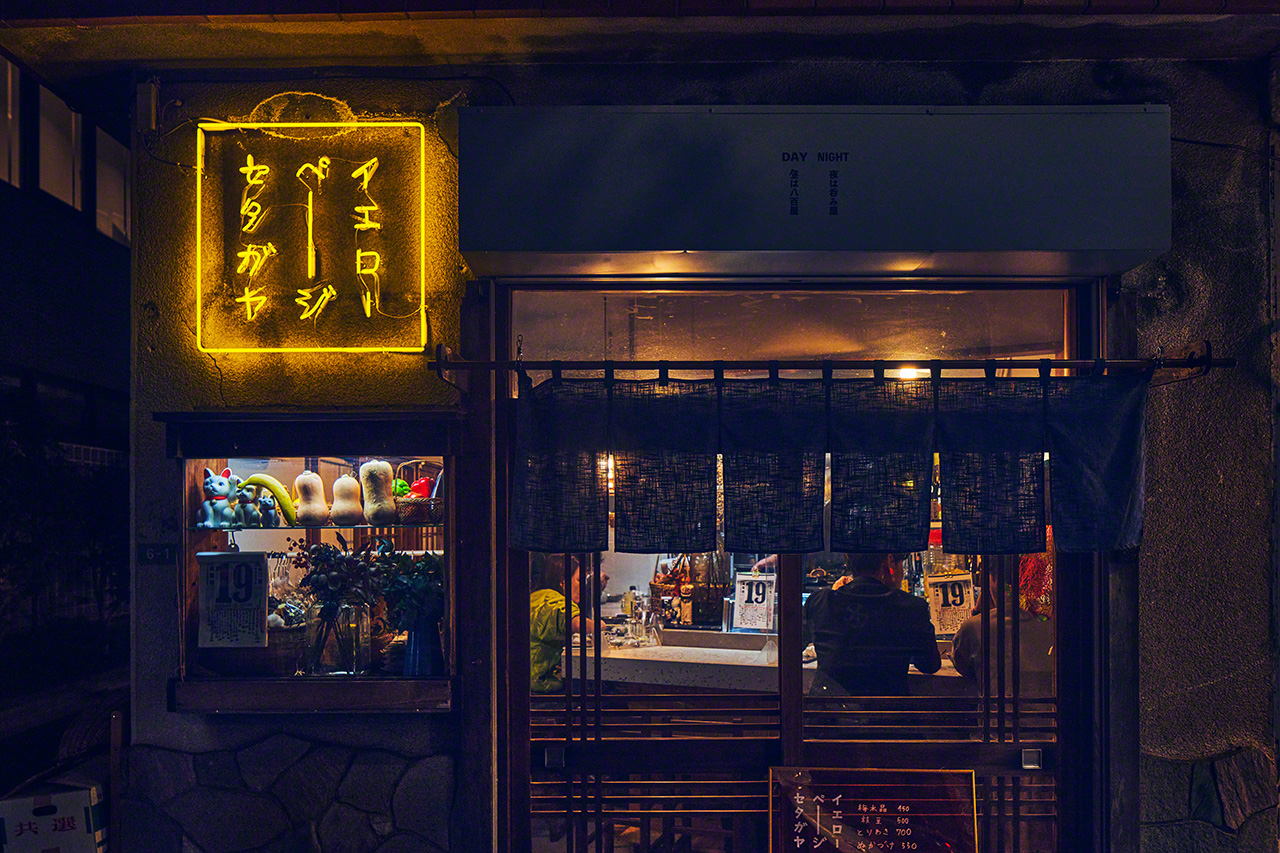 Yellow Page Setagaya takes its name from the area of Tokyo where it does business. It is a greengrocer by day and an izakaya at night.

(Originally published in Japanese. Photos and text by Nakamura Osamu. Banner photo: Izakaya Riki no Kura in the Daimon-chō district near Ōmiya Station in Saitama.)