The Question of Imperial Abdication

Inside the Imperial Abdication Panel: A Legal and Political Balancing Act

Politics Apr 7, 2017
In the wake of a rare televised address in which Emperor Akihito obliquely conveyed a desire to step down, Prime Minister Abe Shinzō formed a six-member advisory panel to hammer out a legislative solution, given the lack of provision for abdication under current Japanese law. In this exclusive interview, Mikuriya Takashi, the panel’s acting chair, sheds light on the process that culminated in a recommendation for ad hoc legislation permitting abdication on this occasion only. 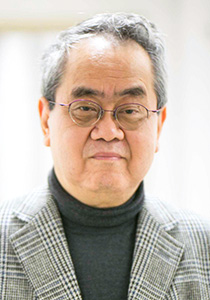 INTERVIEWER The abdication question first surfaced in the media even before Emperor Akihito expressed his own feelings to the nation last August, but his televised address really got things moving. What were your personal reactions to the emperor’s video message?

MIKURIYA TAKASHI One thing that impressed me was his emphasis on what he termed his “duties as a symbol of the state,” as opposed to ordinary state functions.(*1) The emperor has visited a large number of disaster sites in recent years. He’s mingled with and comforted the victims of the 2011 Tōhoku earthquake and tsunami, as well as the 2016 Kumamoto earthquakes. He’s also continued his tour of World War II battle sites around the region. I could see how seriously he takes his activities as a “symbol of the state.”

Now, because of his advanced age, the emperor can no longer fulfill that role as he would like, and he wants to pass the baton to his heir to the throne. That was his message, and I found it very moving. At the same time, it struck me as a bit harsh for the current emperor to impose all that on the crown prince. Other members of the advisory panel expressed the same view. Emperor Shōwa followed one way of life, and the present emperor has adopted a different one. Even now, I have serious doubts as to whether it’s right to hold the next emperor to the same standards as the present emperor.

Second, I was struck by the reference to imperial funeral rites and associated ceremonies. Customarily, these go on for several years and involve a massive mobilization of personnel, something the emperor witnessed firsthand after his father’s death. The message was that it would be better to simplify and streamline these practices. If the emperor were to vacate the throne before his death, then that would obviate the need for full-scale rites. That hadn’t occurred to me.

Third, I noted how strongly he stressed the idea of “standing by the people” and “being close to” the people. What he was really talking about, in a sense, is a concept of a “traveling emperor,” who goes actively about instead of staying secluded in his palace. With the advent of television, Emperor Akihito made a point of getting out and mingling with the people, and he’s made it clear that he believes this is the way for an emperor to conduct himself in this day and age. 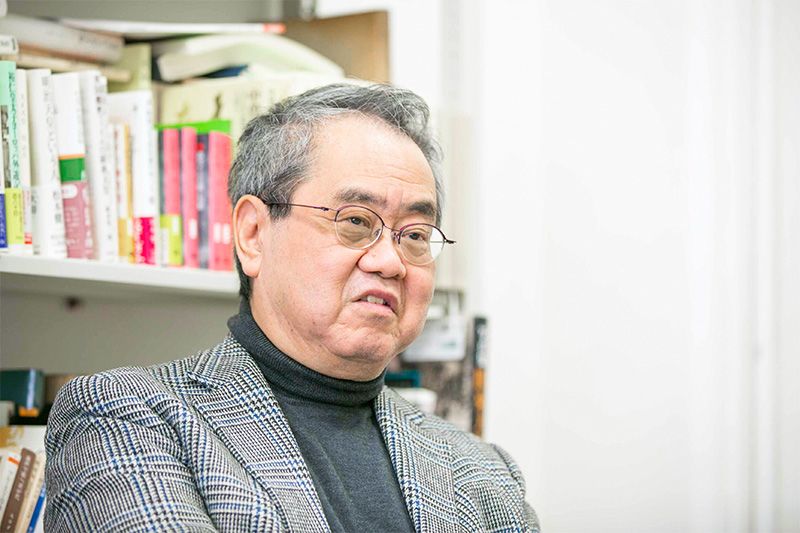 INTERVIEWER Did you get a sense that the emperor was implicitly conveying a preference in terms of how he should be allowed to step down?

MIKURIYA The message that a regency isn’t the answer came through loud and clear. People have been quick to raise the possibility of a regency in the event that the emperor is unable to carry out his duties, or of delegating someone to temporarily perform state functions, since the Constitution and the Imperial House Law already provide for such measures. But during the panel’s deliberations, I realized that the law calls for a regency only in the event that the emperor is mentally incapacitated. Some people have suggested altering the conditions for establishment of a regency, but that would mean amending the Imperial House Law.

The advisory panel began simply by asking whether we couldn’t curtail the current emperor’s duties in matters of state. We concluded that that would be very difficult. Well, then, what about the kinds of official acts that come under the category of “duties of the emperor as symbol of state,” including trips abroad to honor the war dead? Unfortunately, the Imperial Household Agency told us that they had already curtailed such activities as much as possible.

The abdication question had two parts: “Should the emperor be allowed to step down?” and “If so, how?” We identified three broad options for abdication: A special law that would apply to this emperor only; amendment of the Imperial House Law to reform the entire system and permit abdication permanently; and a middle course in the form of special legislation leading eventually to amendment of the Imperial House Law.

As part of the deliberation process, we listened to the testimony of sixteen experts, including constitutional scholars, religious scholars, and journalists covering the imperial household. They expressed a variety of opinions, but I made an effort to focus the discussion on the reasoning that led each of them to their conclusions—regardless of whether someone was for or against abdication—and to find common ground.

When all the testimony was over, we arrived at the conclusion that a regency really was out of the question. To establish a regency in deference to an emperor’s own wishes would amount to political interference by the emperor, which is forbidden under the Constitution. When it comes to abdication, the government can’t accede to a direct request by the emperor to abdicate, but given that this emperor clearly does wish to abdicate, we concluded that the only sensible choice was to allow him to do so.

In the end, we opted for an ad hoc approach to the abdication issue. The reason for this decision is that, under the current system, accession of a new emperor is predicated on the death of the previous emperor. If we pass a law to allow living succession on a permanent basis, that means the emperor can vacate the throne before he dies. In that case, the emperor’s own desires, or pressures around him, inevitably become a factor. That makes any decision regarding abdication extremely dangerous.

One member suggested incorporating a provision relating to advanced age, but once you specify a particular age as a cutoff, that creates pressure to abdicate after the cutoff, so we decided that that was out of the question.

One thing on which everyone was agreed was the importance of prompt action. So, for that reason as well, we gravitated toward a one-time legislative solution.

INTERVIEWER The Imperial House Law as it stands has no provision whatsoever for abdication; the emperor’s demise is a precondition for succession, and adding abdication to that would be a major undertaking that couldn’t be accomplished quickly. Is that a fair assessment?

MIKURIYA If we institutionalized abdication in that manner, it would become the first option, and any emperor thereafter who died instead of stepping down would represent the second option. This would drastically alter the imperial succession system that’s continued for 150 years, ever since the Meiji era. So, yes, there was some hesitancy among us about rushing into a decision on something like that at this stage. We concluded that the best option for now was special legislation that would deal with the current situation as a kind of humanitarian emergency.

Drafting provisions that will prove applicable to the circumstances surrounding the next emperor, and the emperor after him, is extremely difficult. And once a concept is codified in abstract, legal terms, it tends to be applied in an arbitrary fashion. Furthermore, if you recognize the emperor’s basic right to abdicate, don’t you also end up recognizing the right not to accede to the throne to begin with? We felt it would be presumptuous of us at this point in time to open the door to that, and who knows what other possibilities. 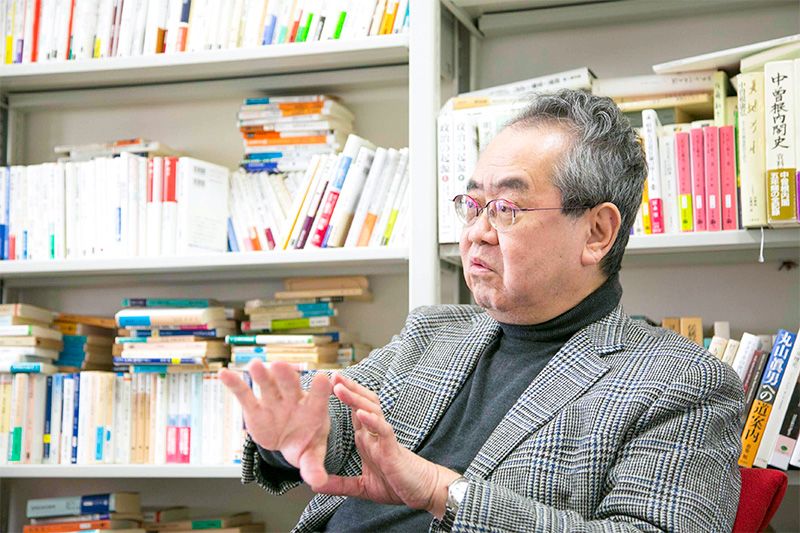 The Power of Precedent

What follows is my own personal opinion. Let’s assume that this process ends with the current emperor’s abdication. However much we may insist that the law is a one-off solution, the fact of his abdication will clearly remain. The awareness will take hold within the imperial household, the government, and the nation that abdication is an option and that succession can take place either upon the demise or upon the abdication of the emperor. In that sense, the special legislation we’ve envisioned will create a precedent of sorts.

INTERVIEWER Did the advisory panel take public opinion surveys into consideration? Were there other factors that you prioritized in your deliberations?

MIKURIYA This is an administration that’s been in almost constant conflict with the press, but in a major departure, the government made it clear that trends in public opinion would be a key consideration. That’s why, at our press conference, we told the mass media to go out and conduct their opinion polls during the deliberation process.

At the very outset, when the matter first became public, opinion polls showed about 90 percent in favor of abdication. At that point, only 20 percent supported special legislation applicable to this emperor only, while the vast majority wanted a permanent change. If support for a one-time fix had remained that low, it would have given us pause, but the percentage rose significantly.

Finally, I must stress that there was no prescreening of the options under deliberation. We laid all the opinions expressed by the sixteen experts on the table with their authors’ names hidden and focused on organizing and analyzing those opinions according to their basic arguments.

(Based on an interview by Ishii Masato. Originally published in Japanese on March 22, 2017. Interview photos by Ishihara Atsushi. Banner photo: Emperor Akihito and Empress Michiko on March 6, 2017, upon their return from a trip to Vietnam and Thailand. © Jiji.)

(*1) ^ Under the Constitution, the emperor performs various ceremonial “acts in matters of state” on behalf of the people, including promulgation of laws and treaties; convocation of the Diet; attestation of appointment and dismissal of ministers of state, ambassadors and other officials; and reception of foreign ambassadors and ministers.—Ed.