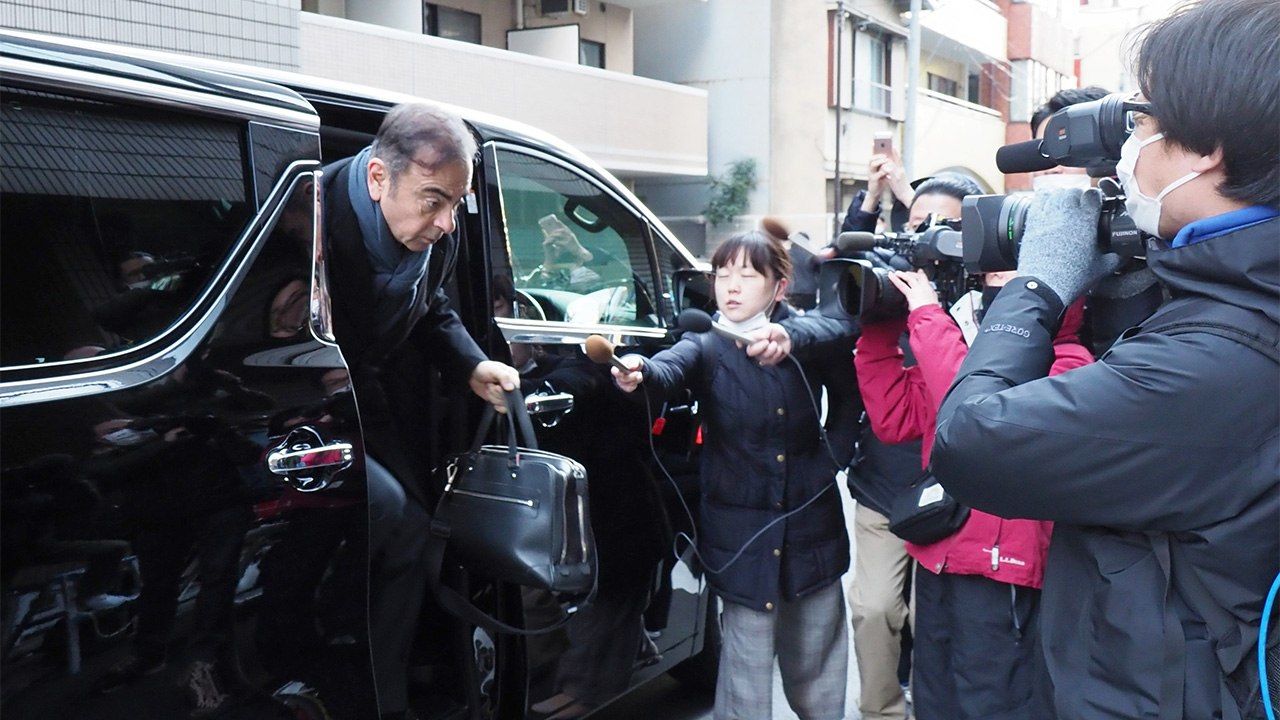 Crime and Punishment in Japan: A Holistic Perspective

Society Politics Jun 3, 2020
Japan's criminal justice system has become the target of international criticism since the arrest, detention, and flight of former Nissan executive Carlos Ghosn. While acknowledging the need for targeted reform, the author calls for a holistic understanding of the system in the context of Japanese culture and society.

The Japanese criminal justice system has come under harsh scrutiny in the wake of the November 2018 arrest of Carlos Ghosn, former chairman of Nissan. Many outside of Japan were shocked to learn about a system in which suspects and defendants can be held for months and subjected to endless interrogation until they confess. The Ghosn case trained a spotlight on this “hostage justice” system.

Ghosn is scarcely a poster child for the wrongly accused. My purpose here, however, is neither to condemn nor defend his behavior but to use his case, and the criticism it has generated, as the springboard for a more holistic assessment of the Japanese criminal justice system—including its merits as well as its flaws—with a focus on underlying attitudes toward crime and punishment.

Criminal Procedure and the Ghosn Case

Let us begin with an overview of Japanese criminal procedure as viewed through the lens of the Ghosn case.

On November 19, 2018, Carlos Ghosn, then chairman of Nissan, was arrested at Tokyo’s Haneda Airport on suspicion of financial irregularities. On December 10, the Tokyo District Public Prosecutors Office charged him with underreporting his income in violation of the Financial Instruments and Exchange Act. Rearrested twice, Ghosn was not released on bail until March 6, 2019. He was arrested a fourth time on April 4 and freed on bail on April 25 under highly restrictive terms. On December 30, 2019, Ghosn absconded, fleeing to Lebanon in violation of his bail conditions.

Under Japan’s Code of Criminal Procedure, police have 48 hours after an arrest to transfer the case to the public prosecutor. The prosecutor then has up to 24 hours to either charge the suspect or apply to a judge for a further 10 days of detention. Subsequently, another 10-day extension may be granted. Altogether, a suspect may be held in this way, without charges, for a maximum of 23 days subsequent to arrest. This in itself is not highly unusual; other countries have pre-charge custody periods ranging between 16 and 30 days.

The big problem is that prosecutors in Japan can easily evade this limit by rearresting the suspect on different allegations before the 23 days are up. In some cases, they will arrest a person over and over by breaking a single case down into multiple offenses. This is exactly what happened to Ghosn, who was arrested four times in all. During the long detention, suspects are often subjected to hours of grilling (although recent reforms have helped rein in harsh interrogation techniques). Also problematic from the standpoint of international norms is the fact that defense lawyers are not allowed to be present during the interrogation process.

Ghosn and his lawyers have loudly decried this system and justified his flight on the grounds that he could never have gotten a fair trial in Japan, citing Japanese prosecutors’ 99.9% conviction rate. (Others have suggested that Ghosn was motivated primarily by a desire to avoid civil litigation, inasmuch as his criminal trial would doubtless have resulted in a suspended sentence.)

A 99.9% conviction rate is difficult to justify. My aim here is not to defend it but to place it in the context of a system that, on the whole, has worked quite well for Japan.

Westerners tend to view criminal court as a setting for the adjudication of conflicting claims regarding a defendant’s guilt or innocence. In Japan, however, it rarely functions that way. In about 70% of the cases that come to trial, the defendant has already confessed to all charges. Following the prosecutor’s opening statement, the defending attorney immediately acknowledges the defendant’s guilt. The defense then places on the stand a series of witnesses who testify to the defendant’s remorse in order to receive a lenient sentence. The goal, in most cases, is to secure a guilty verdict with a suspended sentence, and this is frequently the outcome.

In the remaining 30% of criminal trials, the defense is usually arguing that the charges are too severe—for example, that the defendant is guilty of manslaughter but not murder. Rarely will a defense attorney stand up in a Japanese court of law and assert the defendant’s innocence.

In Japan, in short, a criminal court is fundamentally a place to plead for clemency, not to argue a person’s guilt or innocence. From a Western perspective, such a proceeding scarcely deserves to be called a trial. How did such a system come into being?

Japan’s first encounter with the Western world came in the sixteenth century, in the Age of Navigation, but it was not until the second half of the nineteenth century—following the arrival of Commodore Matthew Perry’s ships in 1853—that Western ideas and systems began making inroads in Japan. With the Meiji Restoration of 1868, Japan rushed to transform itself from a semi-feudal society into a modern nation-state. In the process, it quickly established a national assembly, legal code, and judiciary system based on Western models.

France provided the models for Japan’s first modern legal codes, as well as its early courts of justice (designed by the French jurist Gustave-Emil Boissonade). However, by the beginning of the twentieth century, the influence of German legal thought had begun to predominate, and the 1907 revision of the Penal Code reflected this trend. Japan’s Penal Code has changed little since then, notwithstanding the promulgation of a new Constitution drafted by the Occupation authorities following World War II.

From a formal standpoint, therefore, Japan’s system of criminal law bears a strong superficial resemblance to the continental model. The differences stem from distinctively Japanese procedures and practices, many traceable to deep-rooted ideas about crime and punishment.

Of course, Japanese criminal justice did not begin in the Meiji era. Public safety was a major concern during the Edo period (1603–1868), especially with respect to the capital city of Edo (modern-day Tokyo), an urban center with a population in excess of 1 million. Despite the absence of Western-style law enforcement and criminal justice, Edo was a very safe city, just as Tokyo is today. Indeed, Japan is noted both for its low crime rate and for its very low rate of incarceration.

To Catch but Not to Punish

One important distinguishing feature of the Japanese criminal justice system is the high clearance rate. While the reality is not quite as impressive as the myth, the rate at which serious crimes are solved in Japan is nonetheless quite impressive.

Yet while intent on apprehending criminals, the system is not particularly eager to punish them; quite the contrary, in fact. The vast majority of criminal cases that reach Japanese prosecutors are dealt with by “suspended prosecution,” which is to say, no charge, or by “summary prosecution,” an informal procedure that typically ends with imposition of a fine. In this way, most offenders avoid the social stigma of a courtroom trial. Moreover, while 99.9% of cases that come to court end in a conviction, the prison sentences are often suspended, and the prison system is oriented toward rehabilitation, early release, and reintegration into society.

At the same time, it would be a mistake to conclude from this description that the system as a whole is simply soft on crime. People found guilty of the most serious offenses face very harsh punishment indeed—including the death penalty—particularly if they fail to demonstrate remorse. And since these are the cases that attract the most media attention, the public is largely unaware of how forgiving the system is toward the typical offender.

If people who break the law are dealt with so leniently, what is there to prevent them from committing other crimes? In Japan, volunteer parole and probation officers play a key role in overseeing those released from custody or prison, and this approach has proven quite effective in preventing recidivism. The rate of first-time juvenile offenses in Japan is not particularly low by international standards, but 90% of such offenders are never arrested again, indicating a very low rate of recidivism. In this way, Japan has maintained law and order without excessive police or penal control.

In short, despite Japan’s 99.9% conviction rate, there are aspects of the system that are worthy of admiration, and possibly even emulation, in the West. As it turns out, however, this is a tough sell. The reasons are complex, but the main factors, I believe, are as follows.

A Culture of Redemption

In my view, the traditional Japanese treatment of criminals reflects deep-rooted cultural attitudes regarding crime and redemption.

From the standpoint of cultural anthropology, Ruth Benedict famously highlighted the role of shame, as opposed to the threat of punishment, in maintaining social order in Japanese society (in her 1946 work The Chrysanthemum and the Sword). And while Benedict’s characterization of Japan as a “shame culture” had a decidedly negative thrust, scholars like sociologist Sakuta Keiichi have since emphasized the social value of shame.(*1) Others have stressed the indigenous Japanese concept of tsumi (sin or guilt) as a state of defilement requiring purification. Such analyses provide a meaningful cultural context for the Japanese system’s focus on remorse, as opposed to punishment.

From a religious standpoint, the idea that no one is beyond redemption is central to the highly influential teachings of the Buddhist monk Shinran (1173–1263), founder of the Jōdo Shinshū sect of Pure Land Buddhism. It is a little-known fact that Japanese corrections officers are, as a rule, members of the Honganji School of Jōdo Shinshū. From a historical perspective, the ancient practice of assigning convicted criminals the job of guarding imperial mausoleums also supports the idea of redemption as fundamental to the Japanese treatment of criminals.

The Need for Targeted Reform

All of this helps explain why Japanese criminal justice focuses on apprehension, remorse, apology, and rehabilitation, rather than on proportionate punishment as a deterrent to crime. It is only in this context that we can begin to understand the prohibition on having an attorney present during interrogations.

The critical flaw in this system, of course, is the lack of safeguards to protect the wrongfully accused from conviction and punishment.

Miscarriages of justice are by no means common in Japan, where it is difficult to escape the scrutiny of neighbors and the community as a whole. Still, it is undeniable that innocent people have been charged, tried, and convicted. Most notorious are the cases of four condemned prisoners who were retried and exonerated in the 1980s after decades on death row. (They were released and provided monetary compensation for their years in prison.) This is an area in need of reform.

On the other hand, the Japanese emphasis on prevention, rehabilitation, and reintegration has received high marks in a number of Western studies, including that of legal scholar Daniel Foote (formerly of the University of Tokyo).(*2)

Unfortunately, criminal justice reform in Japan has been simplistically portrayed as a process of correcting Japan’s backward approach through the adoption of laws and procedures based on the superior Western model. Calling on Japan to adopt Western systems wholesale, without regard to the cultural and social context, is no more sensible than asking Western societies to embrace the Japanese system. Our best hope for progress, I believe, is to actively learn from one another’s successes and failures while acknowledging our basic cultural differences. My hope is that future studies of Japanese criminal justice will lead in that direction.