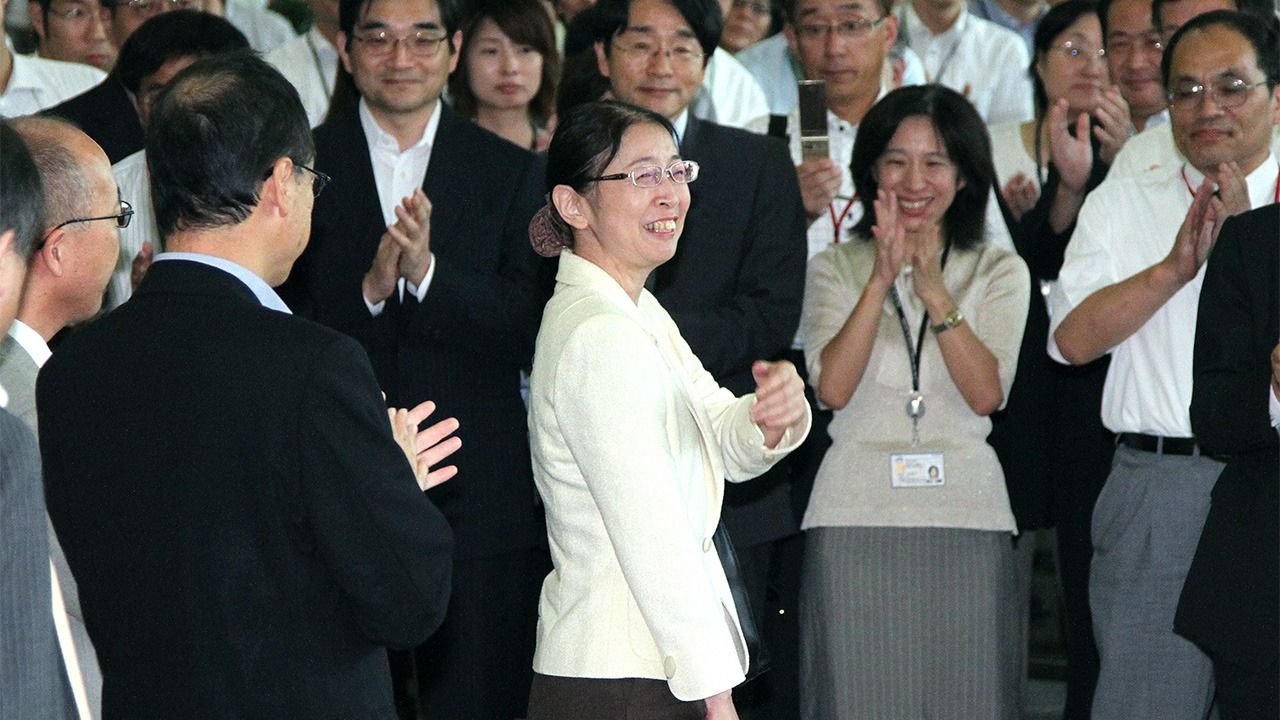 One of the salient features of criminal justice in Japan is the outsized role of public prosecutors. Prosecutors have absolute discretion in deciding whether to indict and what charges to file. They are empowered to suspend prosecution even if there is evidence sufficient to convict. They enjoy complete independence in the exercise of this power, protected from all external oversight and intervention. In essence, they are unaccountable, required neither to justify their decisions nor to disclose any evidence pertaining to cases they have elected not to prosecute.

As has been widely reported, the rate of conviction for criminal cases that come to trial in Japan is more than 99%. What this means is that, for all intents and purposes, the public prosecutors’ judgment is the final verdict. Prosecutors’ position as arbiters of criminal justice is inextricably linked to the phenomenon of “hostage justice” that has come under such intense international scrutiny of late. In the following, I take a closer look at that phenomenon, particularly in the context of corruption cases initiated by public prosecutors.

The Land of Confessions and Convictions

Responding to recent criticism, the Ministry of Justice has posted on its website a list of “Frequently Asked Questions on the Japanese Criminal Justice System.” With regard to Japan’s conviction rate (which it puts at 99.3%), it notes that prosecutors formally indict only 37% of the cases they process, meaning that the innocent and hard-to-convict have already been weeded out by the time a case goes to trial.

The underlying assumption here is that prosecutors do not err in their judgment. Underpinning this doctrine of infallibility is an extensive internal review system whereby recommendations from investigating prosecutors are passed up the chain of command, step by step, and subject to approval at each level. Since this process is assumed to yield sound decisions in all cases, trials are more or less a formality—a final quality check, as it were, to prevent some egregious error from slipping through the cracks. In such a climate, the obstacles to acquittal are close to insurmountable. This is an important factor behind the 99% conviction rate.

The other side of the coin is that in Japan, the vast majority of criminal suspects never do prison time. As noted above, many are released under the “suspended prosecution” process, even when their guilt is clear and provable. Among those who are actually charged, first-time offenders usually get off with a suspended sentence, providing they admit to the charges. From the standpoint of securing leniency, it is greatly to a suspect’s advantage to accept the prosecution’s version of events in its entirety. This is why Japan has such a high confession rate compared with other developed countries.

On the whole, the Japanese criminal justice system functions smoothly and effectively within the context of Japanese society and culture, helping to maintain a high degree of public safety. But from the standpoint of human rights, it offers scant protection to the unfortunate individual wrongly arrested and charged. In a system where public prosecutors are accepted as the sole arbiters of justice, the presumption of innocence is essentially a fiction.

An additional factor behind the high rate of confessions and convictions is the all-too-common technique of keeping recalcitrant suspects and defendants in pretrial detention for weeks or months on end until they break. This practice, a manifest violation of the rights of the accused, has been aptly termed “hostage justice.”

In the vast majority of criminal cases, the only valid reason for pretrial detention is to prevent the accused from either fleeing justice or obstructing the investigation by concealing or destroying evidence. In Japan, however, suspects who deny their guilt are routinely held in custody and kept under intense pressure until they break down and confess. This practice is tolerated because people who are arrested are presumed guilty from the start. The rare suspect or defendant who denies all charges is thus branded an unrepentant criminal who is likely to do more damage if released into the community. This is the thinking that condones extended pretrial detention as an instrument for coercing confessions—in short, hostage justice.

The Japanese system operates, with the widespread support of the public, on the assumption that prosecutors would never detain people on false charges. But the fact is that innocent people have been wrongly arrested and charged, setting in motion a chain of shocking human rights violations.

Below, I examine a special category of hostage justice, that perpetrated by the elite prosecutors who deal with cases of corruption and white-collar crime.

Hostage Justice and the Tokusōbu

In Japan as elsewhere, apprehending and arresting criminals is the job of the police as a general rule. After making an arrest, the police refer the case to the local public prosecutors office, which assesses the evidence and the legality of the police investigation and decides whether the suspect should be detained further and charged.

In some instances, however, public prosecutors initiate their own criminal inquiries. The Tokyo, Osaka, and Nagoya district prosecutors offices each have an elite Special Investigation Department, or Tokusōbu, for that purpose. After determining through internal deliberation the need for a criminal inquiry, the prosecutors apply to the relevant court for the necessary search, arrest, and other warrants; conduct the inquiry; arrest their suspects; and decide on their disposition. The entire process, from start to finish, is in the prosecutors’ hands.

In terms of content, what distinguishes Tokusōbu cases from others is that they typically pertain to crimes with no clear victims. Conventional crimes, such as theft, robbery, or murder, come to the attention of the police as a result of the damage or injury they cause. But the Tokusōbu specializes in crimes against society, such as bribery and graft, violations of election finance laws, tax evasion, and violations of the Financial Instruments and Exchange Act. Frequently, such cases involve high-profile political figures or business leaders.

Opening such an inquiry is not something to be undertaken lightly, given the shockwaves it can send through the community. For this reason, we are told, any recommendation to initiate a Tokusōbu investigation must be sent up the chain of command and reviewed by the nation’s top public prosecutors before a decision is reached. Despite such organizational precautions, special investigators have been known to confidently arrest a suspect, only to encounter unexpected evidentiary or legal flaws in their case. Almost never will prosecutors acknowledge their mistake and drop the charges, however. To do so would be to admit that the entire organization had failed in its judgment.

Once a suspect has been indicted in a Tokusōbu case, the vast resources of the public prosecution apparatus are mobilized to ensure a guilty verdict. The chances of being acquitted in such a trial are almost nil. In the rare cases where the court of first instance finds the defendant not guilty, that verdict is almost certain to be overturned by a higher court.

Hostage justice is one of the key weapons that prosecutors wield to secure a guilty verdict. In a situation where the accused continues to maintain his or her innocence, the prosecution will vigorously oppose bail on the grounds that the unrepentant defendant, if released, is likely to influence witnesses, conceal evidence, or otherwise obstruct the course of justice. The judge generally follows the prosecutors’ recommendation. In most cases, the accused, faced with the prospect of months of incarceration, ultimately yields to pressure and signs off on the statement prepared by the prosecutors.

Diet politician Suzuki Muneo, arrested on bribery and other corruption charges, maintained his innocence and was held for more than 14 months. Satō Masaru, a Foreign Ministry official arrested for breach of trust, remained in custody for 17 months rather than confess. Yokoo Nobumasa, arrested in connection with the Olympus financial scandal in 2012, spent 966 days—more than two and a half years—in pretrial detention.

In the end, all these victims of hostage justice were convicted. The fact is that virtually everyone who spends a long time in pretrial custody is ultimately found guilty. After all, the right to grant or deny bail technically resides with the court. If the defendant were found innocent after months of detention, the court could be accused of violating their human rights.

The one shining exception to this grim rule is the extraordinary case of Muraki Atsuko, former vice-minister of health, labor, and welfare. Accused of participating in a scheme involving the fraudulent use of a special postal discount, Muraki was arrested by the Osaka District Public Prosecutors Office in June 2009 and held in custody for over four months (164 days), during which she steadfastly maintained her innocence. In the course of Muraki’s trial, it was revealed that prosecutors, in their eagerness to convict her, had coerced a witness into giving false testimony, concealed exonerating evidence, and even gone so far as to alter data on a floppy disk. Confronted with indisputable evidence of prosecutorial malfeasance, the court acquitted Muraki in September 2010. The lead prosecutor was later sentenced to prison, and the Supreme Public Prosecutors Office issued Muraki an apology. It was the first time in history that the system had acknowledged a miscarriage of justice in a Tokusōbu case.

Muraki’s case exposed Japan’s hostage justice to intense public criticism. But abuses continue even so. In July 2018, the Tokyo District Public Prosecutors Office arrested construction firm president Sakai Masamichi on suspicion of bid rigging in connection with a public tender issued by the city of Ōme in Western Tokyo. He maintained his innocence at first, but after suffering in custody for 80 grueling days—at the vehement insistence of prosecutors—he yielded to pressure and pled guilty to all charges in the first court proceeding. Upon being released on bail, however, he retracted his admission of guilt, saying that he had been a victim of hostage justice. In the second proceeding, in which I undertook the defense, he denied the charges and was found not guilty. But the Tokyo District Public Prosecutors Office, unwilling to admit that it had coerced a confession from an innocent man, appealed the case to the Tokyo High Court, where it is still pending.

In the Ōme bid-rigging scandal, as in the Carlos Ghosn case, Japan’s public prosecution apparatus has shown itself particularly bad at reaching common-sense decisions in cases demanding expertise in corporate governance and financial law. But the real issue goes much deeper.

The basic problem is that Japanese criminal justice is utterly dependent on the judgment and integrity of public prosecutors. It would be an eminently rational system if only prosecutors were like gods, omniscient and infallible. Unfortunately, they are human, and the system must be reformed with that truth in mind.

(Originally published in Japanese. Banner photo: Muraki Atsuko, center, gets a hero’s welcome at the Ministry of Health, Labor, and Welfare following her acquittal on corruption charges in September 2010. © Jiji.)