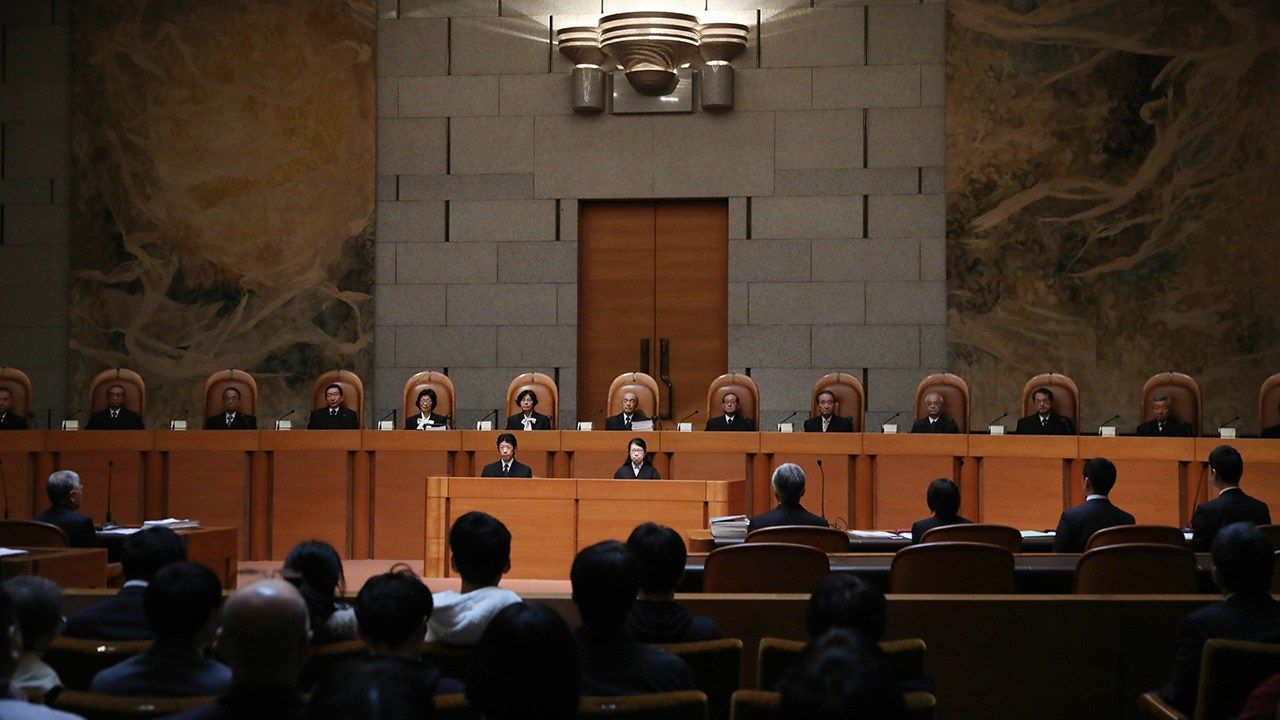 Independence on the Bench: Political and Bureaucratic Constraints on the Japanese Judiciary

Society Jun 22, 2020
An independent judiciary is one of the pillars of Japan’s democracy. However, legal expert Muraoka Keiichi argues that the bureaucratic appointment process for career judges produces conservative-minded benches that exercise little judicial independence.

The arrest of Carlos Ghosn, former chairman of Nissan, has focused attention on the Japanese criminal justice system. Following his dramatic flight to Lebanon in December 2019, Ghosn offered a scathing rebuke of his treatment at the hands of Japanese authorities, spurring many outside of Japan to condemn the country’s criminal procedures as unjust. Much of the condemnation has focused on the country’s prosecutors for their tactics like detaining suspects for long periods before filing charges and excluding defense lawyers from interrogations, but the courts have also come under fire for allowing such questionable practices to continue.

Below I assess the structure of Japan’s judicial system and consider internal and external forces that influence how courts decide cases.

Political Influence on the Bench

As a constitutional democracy, Japan separates the powers of the state among the judicial, executive, and legislative branches. The courts have sole judicial power and are completely independent of the other two branches of government. The Constitution declares judges are to be unconstrained “in the exercise of their conscience” and are bound only by the “Constitution and the laws.” It gives the Supreme Court final authority to decide questions of constitutionality, providing a firm judicial check on the other branches.

The courts have the duty to uphold the tenets of Japan’s pluralist democracy by ensuring that the rights of individual citizens are not trampled by the demands of majority rule. The reluctance of the Supreme Court to strike down laws, however, has thrown such lofty ideology into question. In the seven decades since its establishment, the court has declared only 10 statutes unconstitutional on their face and found only 12 cases

The Supreme Court’s passivity should be considered part of a broader, long-standing tendency of Japanese courts to show judicial restraint toward the actions of the executive and legislative branches. To understand why this is, we must consider the level of influence the cabinet has over judges.

First off is the manner by which justices are chosen. The Constitution gives the cabinet the authority to appoint judges to the Supreme Court and lower courts, including the chief justice, who is ostensibly selected by the emperor but is nominated by the cabinet. This diminishes judicial autonomy to a considerable degree by enabling the ruling parties at the time to leverage their power of appointment to “reward” with promotion career judges who show deference toward government policies and “punish” those who are less permissive of executive authority. Without elections that produced regular political realignment (Japan has been controlled for most of the postwar period by the Liberal Democratic Party), or public confirmation hearings that would give opposition factions the chance to vet candidates, this arrangement continues to produce benches more attuned to the party in power—the LDP—than to the democratic will of the people.

To get a better understanding of the courts’ reserved stance toward judicial review, it is vital to recognize that Japan’s security alliance with the Unites States holds sway over the Japanese legal system above and beyond that of the Constitution.

The Japan-US Security Treaty and the SOFA, or Status of Forces Agreement, have ensured an unbroken presence of US forces in Japan since the end of World War II. While these agreements are widely seen as key to the mutual objective of ensuring peace and stability in East Asia, they are highly political in nature and exist in legal territory deemed outside the parameters of constitutional law to interpret.

Scholars find evidence for this in the protections provided US bases at the expense of the rights of individual citizens, as well as treaty provisions like SOFA preventing Japanese authorities from taking custody of US military personnel suspected of crimes until they are officially charged. However, the Supreme Court’s ruling in the 1959 Sunagawa case, which centered on the constitutionality of the US military presence under the war-renouncing provision of Article 9 of the Constitution, set the precedent for the political question doctrine, a legal concept that limits the authority of courts to rule in political affairs.

The case revolved around the arrest and conviction of several protesters under a special law related to the treaties after they entered an American military base in the Tokyo suburb of Sunagawa in July 1957. In March 1959 the Tokyo District Court acquitted the group, declaring that the presence of US forces was a violation of Article 9. The Supreme Court, however, reversed the lower court’s decision in December that year on the grounds that the courts did not have the standing to rule in sensitive political matters like Japan’s security treaties with the United States.

The court’s establishment of this political question doctrine was significant, as it became the theoretical justification for a legal system outside the parameters of the Constitution based on upholding the bilateral security agreement. It raises serious doubts as to whether Japan is actually governed by the rule of law. Equally concerning is the way that this doctrine established a precedent of passivity in political matters, resulting in a consistent pattern of judicial validation of what the government does.

A recent twist in the Sunagawa case came when research uncovered documents at the US National Archives showing that Douglas MacArthur II, then the US ambassador to Japan, had, on orders from the American government, repeatedly pressured Chief Justice Tanaka Kōtarō to reverse the district court’s ruling. In a clear violation of judicial confidentiality, the series of cables sent to the US Department of State contain such details as the opinions of the Supreme Court justices, the progress of deliberations, and expected final ruling. The discovery shows that Chief Justice Tanaka felt a greater obligation to preserve the Japan-US Security Treaty than to uphold the integrity of the Constitution, leaving a dark stain on the independence of the Japanese judiciary.

Another aspect influencing the passivity of the judiciary is its highly bureaucratic nature. Unlike in countries like the United States and Britain, where a candidate generally spends years practicing law as an attorney before receiving a judgeship, Japan relies on a hierarchical career system to fill appointments.

To become a judge, candidates must first pass the bar exam, spend time as a legal apprentice, and then complete a year-long judicial training course at the Legal Training and Research Institute, which is affiliated with the Supreme Court. The various legal career tracks in Japan tend to be very rigid, so while judicial trainees may spend time working with attorneys and public prosecutors, it is nearly unheard of for individuals to change professional paths midstream. This means that new judges come to the bench with next to no practical legal experience outside their own field and generally reach retirement age—which nearly all do—having gained little first-hand professional interaction outside the judiciary other than perhaps a short stint working at a public agency like the prosecutors office or a private enterprise.

The Supreme Court is able to circumvent the bureaucratic confines of the system to a degree by appointing justices not just from the ranks of career judges, but also experts from fields like academia and the civil service. Without such measures for the lower courts, however, the broader trend continues to be judicial conformity and conservative-minded benches.

Foremost, there are structural pressures that can influence the independence of career judges in direct ways. In theory, administrative duties of the courts are overseen by the Judicial Council. Comprised of the Supreme Court justices and chaired by the chief justice, it makes the rules governing court proceedings, recommends justices for appointment, and oversees the finances of the courts. In truth, however, authority is dominated by the chief justice and the General Secretariat, the administrative arm of the court, and the council usually only serves to confirm whatever decisions are reached.

The Constitution provides strong guarantees to ensure judges’ independence, including adequate compensation, regular promotion, and protections against removal. However, the powerful judicial administration keeps a close watch over their performance. Transfers are routine, resulting in significant discrepancies in positions and in salaries. While reforms such as the introduction of an evaluation system have improved this situation, transparency remains low, raising the risk that career judges will find it more in their professional interest to toe the line.

Average citizens in Japan have a weak grasp of the legal system, although they tend to hold judges in high esteem, viewing them as legal elites. This is in part due to the relatively small population of judges, which until recently remained steady at around 2,000. Aiming to reform the legal system, the cabinet in 1999 established the Judicial Reform Council to recommend measures to bolster the social role of the judicial system and increase the legal population. While the number of lawyers has steadily increased, this has not been reflected in the judicial population, which is currently around 3,000.

The public considers judges to be legal custodians sworn to protect the rule of law. In this, judges are expected to make accurate and fair judgements, practice open justice, uphold judicial standards, and maintain the trust of citizens. While on the bench, they are to be impartial, independent, and just in interpreting the law, serving with integrity and dignity.

Held to such high moral standards, Japanese judges develop a strong professional awareness of their duties and show impeccable restraint in their conduct (mistrials due to judicial misconduct such as accepting bribes are unimaginable in Japan). Surprisingly, though, Japan lacks a uniform code of conduct for judges, as is typical for judicial systems in other advanced nations. Instead, the Japanese career judiciary practices self-governance, with peers and seniors mentoring and monitoring judges according to an unofficial canon of rules and norms.

The judicial system enforces a very high level of moral accountability among its members. While it would be incorrect to say that Japanese judges never tread dubious moral ground, transgressions tend to be somewhat subdued compared to what is typically considered unethical behavior in other countries. Judges are expected in both their professional and private lives to refrain from any appearance of impropriety that might lead to a loss of public trust. This poses something of a conundrum, as judges are forced to make their rights as private citizens secondary to their public role.

Traditionally, judges are expected to avoid any conduct of a personal interest that the public might perceive as being is at odds with their role as impartial arbitrators of the law. For instance, expressing political opinions in an official capacity or commenting on legal issues in a personal blog might be considered reasons for disciplinary action against a judge. Having a uniform code of conduct in place would help judges navigate the gray areas between professional and private personas. Without one, Japanese judges are under extreme institutional pressure to conform and are more apt to step in line rather than risk running afoul of the strict bureaucratic rules and structures.

As members of the judicial bureaucracy, individual judges are under pressure from all sides to conform. Although this produces a high level of professional competency, this “homogenizing” of the Japanese courts casts a dark shadow over judicial independence.

(Originally published in Japanese. Banner photo: The Supreme Court hears an appeal in a case over subscription fees to national broadcaster NHK in October 2017. © Jiji.)