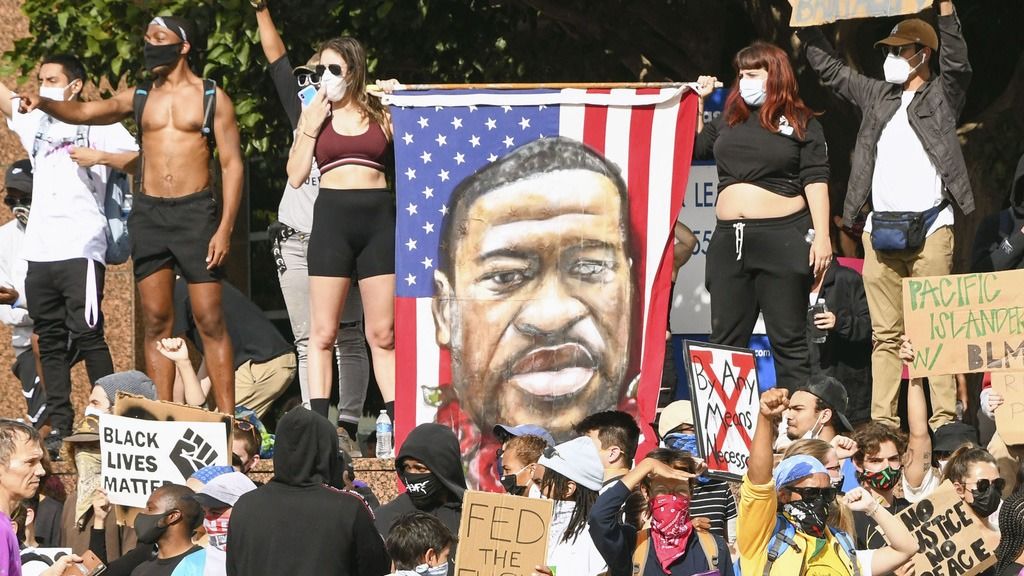 The Tribalization of American Society: A Japanese Perspective

Politics Society Sep 17, 2020
Far from uniting to tackle the COVID-19 crisis, American society seems more deeply and acrimoniously divided than ever. The author, a social anthropologist specializing in American studies, comments on the rise of white nationalism, Black Lives Matter, and identity politics in the Trump era and beyond.

The death of George Floyd as a result of police brutality in Minneapolis in May was widely reported in the Japanese media. Here in Japan, there was a sense of disbelief that such a tragedy—rooted in a complex confluence of social problems, including racism, economic inequality, gun violence, and flaws in the healthcare and criminal justice systems—could still occur in this day and age.

The Japanese have also been transfixed by the Black Lives Matter movement, which has spread rapidly across the nation and even the world (including demonstrations in Japan) in the aftermath of the incident. One is impressed by the demographic diversity of BLM protesters—old and young, men and women, black, white, and Hispanic—and the breadth of support the movement has attracted. What do these developments tell us about US society and the direction in which it is heading?

Harbingers of a Liberal Shift

In terms of forecasting social trends in the United States, the participation by millennials and Generation Z in BLM could be an important indicator. In the November 2020 presidential election, people in this age bracket (18–40) will constitute the largest group of eligible voters, and in another 10 or 20 years, they will have moved into society’s leadership positions. On the whole, they are more sensitive than their parents to social injustice and more inclined to support such liberal causes as gun control, environmental protection, higher taxes for the wealthy and big business, more generous social services, minority rights, and cutbacks in defense spending.

Other demographic changes are likely to amplify this trend. Non-Hispanic whites (the country’s ethnic majority) accounted for 76% of the population in 1990 but only 64% in 2010, and their share is expected to fall below 50% by 2045. Ethnic minorities tend to be more liberal on the whole.

What this means is that, over the medium and long term, American society can be expected to become more liberal and tolerant of diversity. The Republican Party, which depends heavily on the support of conservative white voters (especially men), will need to expand its appeal if it is to remain a viable force in national politics. This will move the entire political conversation toward the left.

Another noteworthy aspect of the BLM movement is the degree to which high-profile US companies have jumped onboard. Such widespread involvement by big business in a social movement is a rare phenomenon, even in the United States. Of course, there were compelling ethical reasons to endorse the movement, given the brutality of the incidents that ignited it, but one can assume that the decision also reflected a business calculation—the concern that not speaking out would convey the impression of indifference to blatant racism and human-rights abuses. Corporations are especially concerned about their image with members of the younger generation; after all, young people represent a growing share of the population and have an outsized influence on consumption trends, and businesses must be able to attract young talent if they are to remain competitive.

But whatever the motives, businesses’ support for diversity and social justice is sure to accelerate the social trends mentioned above. Major corporations have an influence on politicians via their campaign contributions, and they can shape the media and entertainment industry through advertising, which brings in much-needed revenue. In this sense, the market is likely to reinforce the effect of changing demographics, hastening a liberal shift in American society.

At the same time, large numbers of Americans, particularly conservative white voters, regard these changes with fear and defiance. In fact, the opponents of political and social liberalism make up President Donald Trump’s core constituency. True, support for BLM has spread rapidly in recent months, but so has the white backlash against the protests—especially in response to efforts to remove monuments and change place names connected (in some cases only peripherally) with the Confederacy or slavery.

Trump’s response to the social unrest triggered by cases of police brutality has been to admonish the protesters with calls for “law and order.” It is a clear echo of the message by which President Richard Nixon rallied socially conservative white voters amid the unrest of the antiwar and Black Power movements.

Further fueling this conservative backlash are the growing forces of white nationalism. White nationalists consider themselves the victims of discrimination and claim to be fighting for the survival of their race in a society that is forever caving in to the pressures of “political correctness” and demands for preferential treatment of minorities.

White nationalists make up a small but by no means negligible bloc of voters. In a 2018 Reuters-Ipsos public opinion poll, 8% of respondents identified as white nationalists. And while 57% agreed with the statement that “minorities are currently under attack in America,” a full 43% responded that it was white people who were under attack.

This is not to equate Trumpism with white nationalism. However, Trump’s hardline anti-immigration stance—along with his America First motto and his insistence that the United States is being exploited by international organizations, trading partners, and allies—dovetails nicely with the published views of prominent white nationalists. Trump’s obdurately unsympathetic, hardline stance toward the BLM movement also seems tailored to the sentiments of white nationalists and their sympathizers.

Over the past year or two, I have studied the white nationalist movement in the United States, speaking with its adherents and attending their rallies. I must state upfront that I find their call for a white ethnostate fantastical and the notion of America as a “white nation” offensive. It is one thing to assert the rights of white people, but to advocate the expulsion of non-whites and attempt to foment a race war is beyond the pale.

More fundamentally, I find it hard to understand why one would choose to view people and human society through the lens of “race,” a concept that can barely withstand scientific scrutiny. I question the entire habit of applying the construct of race to lump together individuals who vary so widely by cultural, religious, and national identity.

I have tried on many occasions to convey these thoughts to white nationalists, but it is as if we were speaking different languages.

At the same time, it seems to me that every expression of indignation or animosity toward white nationalists merely exacerbates their moral outrage and deepens their mistrust of the “liberal” establishment. That was certainly the effect of (former Secretary of State) Hillary Clinton’s insulting description of Trump supporters as a “basket of deplorables” during the 2016 presidential campaign. It is good to remember that not all white people are affluent and privileged, any more than all minorities are downtrodden. It would behoove society to acknowledge the problems of poor and lower-income white families in American society today.

Historically, Japan has little experience with the challenges of maintaining social cohesion amid ethnic and cultural diversity, at least compared with the United States. But many of those challenges lie ahead. One white nationalist I spoke to suggested that Japanese citizens might be just as upset if faced with a massive influx of foreigners. As Japan opens its doors to immigration, it will doubtless encounter the same difficulties the United States has struggled with, albeit on a smaller scale.

Tribalism in the Time of COVID-19

Observers of American society have lamented the trend toward tribalism, particularly in the form of identity politics. Increasingly, it seems, Americans view the world through the lens of a narrow group defined not just by race and ethnicity but also by geography, gender, age, economic status, education, party affiliation, and so forth. Moreover, each group tends to feel itself victimized or threatened by the others and react accordingly. Social media has unquestionably played a role in amplifying this “us versus them” mindset.

Until recently, I thought of America as a diverse society with the ability to unite in the face of a national emergency. But the COVID-19 crisis has merely sharpened the battle lines, and recent incidents of police brutality have deepened the divisions. Each tribe, convinced that it is under siege, has intensified its resistance. As the November election nears, it is looking more and more like a culture war.

Even if former Vice President Joe Biden wins that election, he will have a huge challenge overcoming the divisions he has inherited. After all, Trump’s devoted supporters make up at least one-third of the electorate. Biden may plead for unity and reconciliation, but his overtures are sure to be viewed with suspicion and hostility, particularly by those who subscribe to conspiracy theories centered on former President Barack Obama. However much Trump may have contributed to America’s polarization, the trend is unlikely to be reversed by his defeat.

(Originally published in Japanese. Banner photo: Demonstrators protest in Los Angeles on June 1, 2020, against the killing of George Floyd by a white police officer. © Kyodo.)