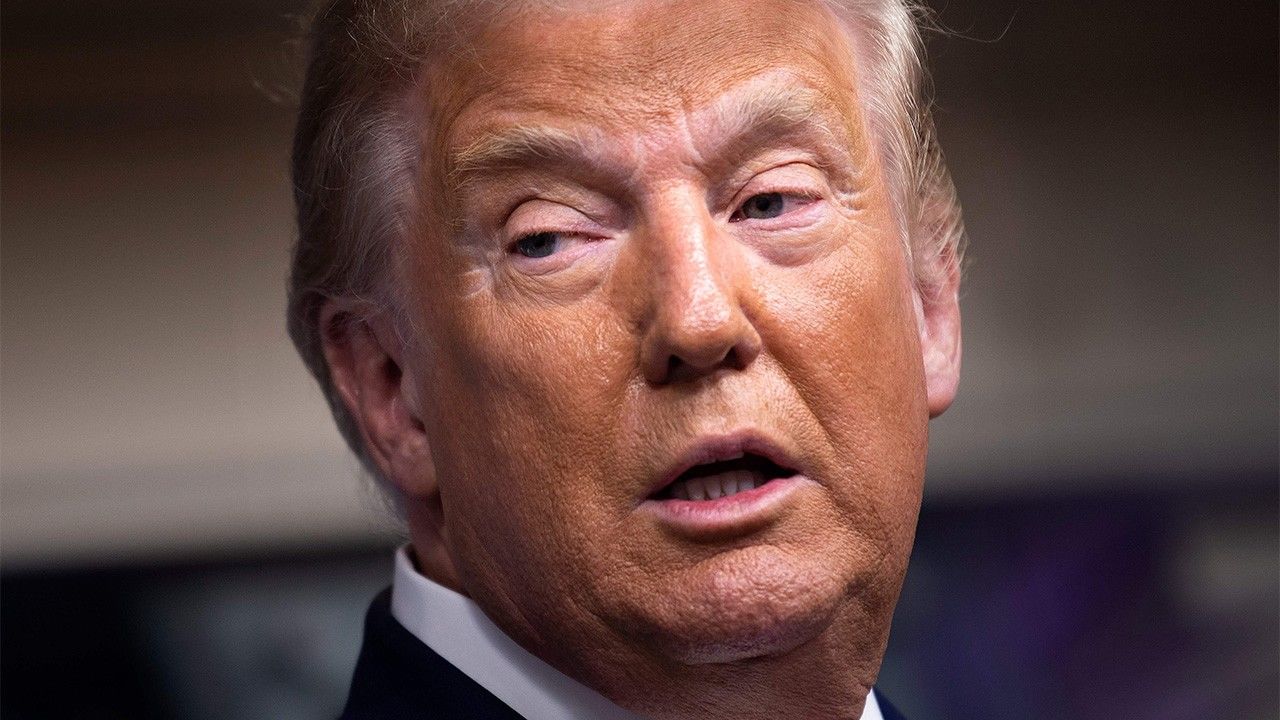 Impeachment and Insurrection: The GOP Wrestles with Its Future

Politics Mar 22, 2021
The second impeachment trial of former President Donald Trump on charges of inciting an insurrection was a brief affair ending in acquittal, showing the allegiance Republicans still have to Trump and raising questions as to whether the party can move on now that he is no longer in office. An expert on US politics warns that the GOP’s drift toward authoritarianism poses a serious risk to the future of American democracy.

The unprecedented second impeachment trial of Donald Trump ended like the first one, in acquittal. On February 13, 57 senators, including 7 Republicans, voted to convict the former US president for his role in inciting the deadly January 6 assault on the US Capitol complex. Although the margin was closer than in Trump’s first trial, the final tally in the evenly divided upper house was still well shy of the 67 votes, or two-thirds of the 100-seat chamber, required for conviction.

There are few who would admit to being surprised by the outcome. Impeachment is foremost a political process, and Trump’s acquittal was a foregone conclusion in spite of the bumbling way his lawyers handled his defense. Before the proceedings even got underway, the majority of Republican senators signaled they did not intend on holding the former president accountable for the uprising by voting that the trial was unconstitutional on the grounds that Trump was no longer in office. A period of soul searching typically follows a party losing the White House, but the willingness of Republican legislators to stand with their vanquished leader shows that a worrying dynamic is at work inside the GOP.

Republicans in the House of Representatives similarly stood with Trump, with all but 10 voting against the impeachment resolution that passed on January 13, setting the stage for the historic trial. It is unclear, however, if the GOP lawmakers were voting their own preferences or merely playing to the party’s base with eyes on the next election cycle in two years’ time.

The GOP response to Liz Cheney, the third-ranking House Republican, suggests that loyalty to Trump may have its limits. Many GOP colleagues as well as Trump himself denounced Cheney for voting to impeach the former president, a decision she has staunchly defended. Her detractors in the party demanded she be removed from her leadership post, setting up a vote by secret ballot at a closed-door House Republican conference on February 3. Although most in the GOP kept their distance from Cheney, the Wyoming congresswoman prevailed by a wide margin to remain in her leadership role, illustrating that Republican lawmakers are able to diverge from Trump when shielded from the eyes of their constituents.

There are other indications that the GOP has not transformed completely into the party of Trump. Over the last four years, a number of former Republican lawmakers and other influential members of the party have openly condemned Trump and his cohorts. One of the most prominent efforts has been by the Lincoln Project, a political action committee formed in 2019 with the aim of stopping Trump from winning a second term. More recently, Nikki Haley, the former ambassador to the UN, criticized her ex-boss in the wake of the January 6 insurrection for misleading the party, fueling speculation that she has her sights on a presidential run in 2024.

To understand the vairied reaction of GOP leaders to Trump and his second impeachment, we must take a closer look at how US political parties function. Two defining characteristics are their loose organization and vulnerability to takeover by outside movements.

Politicians live from one election cycle to the next, a reality that strongly motivates candidates to pander to voters, even if it means veering from the party line. To enforce discipline within their ranks, most political parties, including those in Japan, have strict, centralized controls for selecting candidates and doling out money and other resources to run races.

The situation in the United States, on the other hand, is far more open. The two major parties are technically loose coalitions of state and local committees and neither have strong mechanisms for controlling members or enforcing directives across national, state, and local levels. Once in office, lawmakers vote as they see fit, unconstrained by the type of top-down rules that Japanese political parties use to keep members in the Diet in lock-step.

The absence within parties of strong national oversight allows candidates a tremendous amount of leeway to change their political positions in accordance with the shifting priorities of voter bases. Over time, this has pushed the Democratic and Republican parties as a whole to opposite extremes of the liberal-conservative divide even as individual factions within parties occupy different positions along the political spectrum.

The structural flexibility that characterize American’s two-party system, however, make Democrats and Republicans vulnerable to primary challenges by populists and other outsiders. Under the primary system, anyone who meets the basic requirements can stand against other hopefuls on a party-specific ballot. Campaigns are organized and funded independent of central party committees, and if a savvy outsider manages to sway the party’s base, he or she can swoop in and capture the nomination, as Trump did to the chagrin of GOP leaders in 2016.

Parties are equally vulnerable to influence from outside money. Party committees have limited funding to offer members standing for office, and what is available does not match the type of financing and backing that lobbyists and other special interest groups can draw on to woo candidates into supporting a particular issue.

This loose political structure has sustained the Democratic and Republican parties for a century and a half. However, the GOP, which has allowed a steady trickle of ideas inconsistent with democracy to seep in, is now locked in an internal struggle that will determine the future of the party.

A number of recent studies(*1) comparing political parties in different countries have revealed a disturbing authoritarian trend within the Republican Party. When looking at the degree of commitment to upholding democratic norms and views on minorities, the studies have found that the GOP stance has edged closer to positions held by far-right parties in Europe and espoused by autocratic regimes. This shift predates the Trump era and first manifested itself in the second half of the twentieth century with the willingness of Republican lawmakers to block the rollout of federal policies. At the state level, it has taken the form of Republican-led legislatures willfully subverting the democratic process to keep their grip on power, including heavily gerrymandering voting districts and codifying voter-suppression tactics like reducing the number of polling places and curtailing voting periods.

Trump has taken this troubling trend into deeper waters by drawing conspiracy theorists and white supremacists out of the woodwork and giving credence to their antidemocratic rhetoric and behavior. The assault on the US Capitol complex should be seen as a direct outcome of the GOP’s gradual transformation into an authoritarian-leaning party, a change that culminated with the election of Trump as president.

Caught in the Tide

It should be noted that Republicans by no means rushed into Trump’s arms. Rather, a number of factors came together that prevented the GOP from standing up to the siren song of Trumpism. The first was Trump’s proficiency in mobilizing his “base,” which consists largely of economically vulnerable white workers, many of whom embrace xenophobic views. Securing the unwavering support of this demographic proved crucial for Republicans under Trump in winning the White House.

A second factor was the GOP’s inability to rally together to block Trump’s rise. Without effective party mechanisms for preventing rogue candidates—proponents of populist ideology and advocates of undemocratic ideas—from hijacking the primary process, Republican leadership could only watch helplessly as Trump ran away with the nomination.

Not everyone in the GOP is happy with the direction the party is headed. In fact, the second impeachment trial is the closest Republicans have come to purging the party of Trumpism. The American public by and large holds the former president responsible for the Capitol insurrection. But more importantly, the mob, in targeting House and Senate lawmakers, provided Republican legislators a clear reason to call Trump out, as many did when the Congress reconvened to certify the outcome of the election following the riot.

It is significant that several top Republicans joined Cheney in condemning Trump, including Senate Minority Leader Mitch McConnell, who hinted in the runup to the impeachment trial that he might vote to convict. Although McConnell in the end chose to acquit, it was clear from his words that he considers Trump and his base to be serious threats to the integrity of the GOP.

Had McConnell attempted to bring Republicans together to find Trump guilty, which seemed a possibility for a time, Trump likely would have sought revenge, including by rallying his supporters to mount primary challenges against disloyal legislators. The fact that the majority of GOP senators found it in their interest to play it safe shows just how strong Trump’s grip is on the party.

A Dwindling GOP Base

The failure of the GOP in the wake of the Capitol riot to cut ties with Trump and his antidemocratic supporters makes further inner turmoil inevitable. Republicans who are fed up with the situation are choosing to leave the party. Others are attempting to shift the tide away from Trump, including by calling on companies and other political backers to stop funding those GOP senators who refuse to acknowledge Joe Biden’s victory as legitimate.

It remains to be seen how effective these tactics will be considering that Trump and his ideas remain popular within the GOP. A Pew Research Center survey conducted shortly after the Capitol uprising found that two-thirds of Republicans believed Trump won the election and slightly more than half said they would like Trump to remain a major political figure.(*2) Of greater concern is research showing that strong ethnocentric bias, a hallmark of Trump’s base, goes hand-in-hand with antidemocratic tendencies.(*3)

There is reason for Republican leaders to be concerned with this shift in the party. The US population is growing more racially and ethnically diverse, a demographic trend that disadvantages the GOP as nonwhite voters tend to support the liberal policies of the Democratic Party. Experts say this support could eventually give the Democrats an unsurmountable edge in elections, ushering in an era of one-party dominance. Republicans recognize this possibility, and following the party’s loss in the 2012 presidential race, GOP strategists called for a new election tactics.

Trump’s arrival, however, unexpectedly put the focus on playing up racial divisions as a way of mobilizing his white base. While this has proved effective in the short term, over the long haul pandering to this narrowing base raises the probability that the GOP will become a minority party, perpetually overshadowed by the Democrats.(*4)

A Threat to Democracy

The fate of the GOP will have huge consequences for the future of US democracy. The polarization of American politics and Republican attempts to undermine democratic norms have reduced the GOP and Democrats to partisan bickering over policies and divided society to the point that recent political science surveys even suggest that democratic values are on the decline in the United States.(*5)

There seems little prospect for bridging the deepening racial and social divide that is pulling the country apart as long as the Republican Party continues to align itself with antidemocratic forces. It remains to be seen whether the second impeachment trial will in the longer run contribute to shifting the tide or go down in history as a missed opportunity to save American democracy from backsliding.