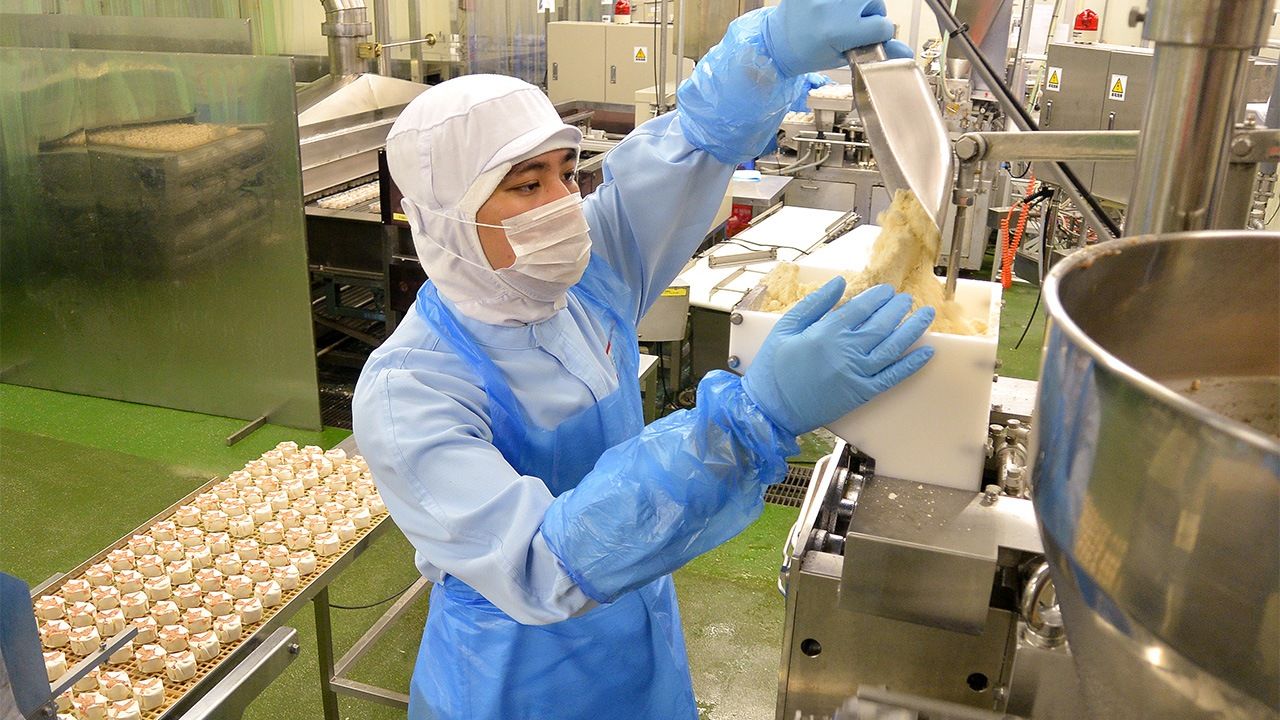 Society Work Nov 18, 2019
In April 2019, Japan officially opened its doors to lower-skilled foreign workers under its new Specified Skills visa program. Citing the evils of short-term fixes to Japan’s labor shortages, as embodied in the notorious Technical Intern Training Program, immigration expert Menju Toshihiro discusses the recent reforms and the need for a more decisive shift in attitudes and policies.

In December 2018, after prolonged and heated debate, the Diet passed the amended Immigration Control and Refugee Recognition Act, officially opening Japan’s doors to lower-skilled foreign workers. Facing critical shortages of blue-collar labor and intense pressure from industry groups, the government finally took action. But will the reforms usher in the kind of fundamental change Japan needs?

Under the new Specified Skills (tokutei ginō) program, which came into effect on April 1 this year, foreigners with the status of Category I Specified Skilled Worker—restricted to 14 designated industries—will be eligible to live and work in Japan for up to five years, unaccompanied by family members. To qualify, they must sign an employment contract with a firm in one of the designated industries and pass a language and basic-skills test. In the following, I offer a closer look at the circumstances surrounding this long-delayed reform and discuss its limitations and implications for the future.

In the summer of 2018, the mayor of a small municipality in Yamagata Prefecture visited me in Tokyo to seek my advice. He wanted to know what he could do to get foreigners to settle in his community. The local population was dwindling inexorably despite a variety of tourism campaigns and “regional revitalization” projects subsidized by the Japanese government. Concluding that only an influx of immigrants could save the local economy from collapse, he asked me what could be done.

The mayor’s quest bears witness to a major shift in Japanese attitudes toward immigration. What was once widely viewed as a threat to social stability and public safety is beginning to look like the only answer to Japan’s demographic dilemma. More and more regional communities are asking the same question that brought the mayor to my doorstep: What can we do to encourage permanent immigration?

More generally, the realization is dawning that Japanese society, with its shrinking and aging population, needs foreigners to keep functioning. The jump in inbound tourism in recent years has played a part in softening anti-immigration sentiment. Over the past five years, the number of foreign tourists has soared, averaging around 20 million per year, and there is no indication that public safety has deteriorated as a result.

But the Japanese government seems unaware of this change in attitudes. Fearing a backlash, it has repeatedly insisted that the new working visa program is designed only to address acute labor shortages, not to encourage immigration. For example, at a news conference on December 10, 2018, Prime Minister Abe Shinzō stated, “As I have explained, it’s not an immigration policy [imin seisaku] as such. We’re going to set clear quotas and limit the period of stay. So this is not the sort of immigration policy that has everyone so worried.” The underlying assumption here is that most people in Japan are still viscerally opposed to immigration as a threat to public safety and stability.

There are serious problems with the government’s current attitude. Guest-worker programs alone cannot address the wide-ranging problems associated with depopulation, the most pressing issue facing Japan today. This is why the new visa system also provides for a Category II Specified Skilled Worker status of residence, which permits bearers to be accompanied by their families and to renew their status periodically. The plan was to provide a clear pathway whereby Category I workers could upgrade their status to Category II. But a bloc of conservative politicians objected on the grounds that such workers would in fact be “immigrants.” As a result, Category II is presently limited to workers in shipbuilding and construction, and the pathway to obtaining that status remains unclear.

Given that Japan’s population is projected to decline by 5.5 million over the next decade, it seems evident that we must not only secure short-term labor from abroad but also begin actively encouraging foreigners to settle in Japan permanently. At stake is the sustainability of our regional communities and ultimately of our society as a whole.

Appearing as a guest on a Shikoku news program in April 2019, I learned that the largest category of foreigners legally residing in Shikoku’s four prefectures is that of “trainee”— specifically, foreigners working as paid interns under the Technical Intern Training Program. Since the 1990s, employers in the agriculture, food processing, and construction industries have grown increasingly reliant on the TITP to supply de facto guest workers to meet their labor needs. In Shikoku, where rapid demographic aging has contributed to acute labor shortages, the number of foreigners employed under the TITP has risen sharply. Indeed, without such workers, I was told, Shikoku would be unable to supply the nation with the specialities for which the region is famous, including mandarins, udon noodles, and bonito.

The local udon industry is especially dependent on foreigners. It relies on foreign interns to make the product, foreign students to sell it in shops, and foreign tourists to consume it. This is a sea change for Shikoku, which has never been much of a magnet for overseas businesses or visitors. The region has a lot of catching up to do in terms of improving attitudes toward and resources for foreigners.

It is hoped that the revised immigration law will help improve workplace and social conditions for foreigners. But the new working visa program has gotten off to a slow start. Meanwhile, the problem-plagued TITP continues to operate much as before.

The TITP and Disposable Labor

The TITP was originally conceived as a means of contributing to international development through the transfer of skills and technology. For the past two decades, however, it has functioned mainly as a cheap labor pool for small and medium-sized Japanese companies in the manufacturing, construction, and agricultural sectors. In recent years it has come under intense scrutiny for spawning unscrupulous recruiting agencies, labor abuses, and mounting numbers of illegal aliens with expired visas. As of the end of 2018, there were 328,360 foreign trainees living and working in Japan under the TITP, an increase of almost 20% from the previous year.

The vast majority of TITP interns are paid the minimum wage, and since they are not permitted to switch jobs, employers have little incentive to raise their pay or improve their working conditions. This is the basic problem underlying the labor and human-rights abuses that have come under such harsh criticism both domestically and internationally. It should be added that trainees who are stuck in the same job for five years have very limited opportunities to build their skills in keeping with the program’s ostensible purpose. 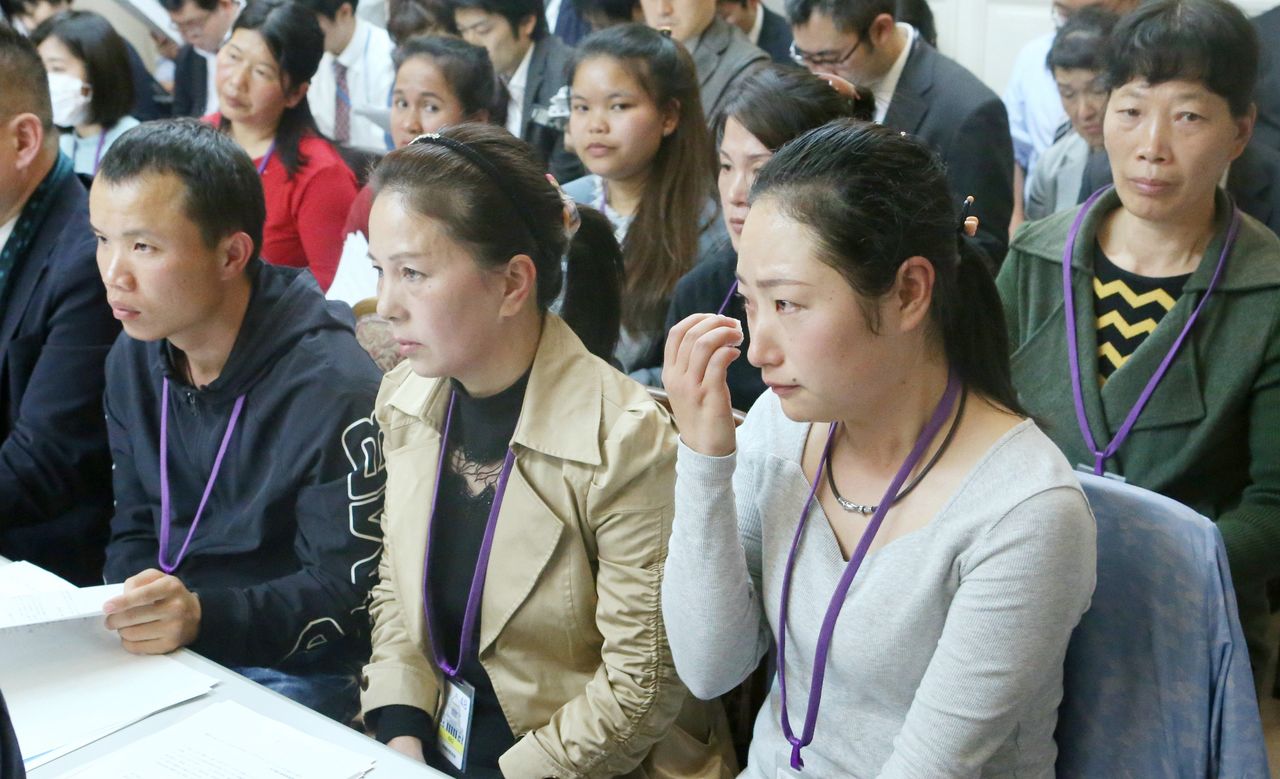 Foreign trainees working in Japan under the Technical Intern Training Program testify before the Diet on November 8, 2018. ©Jiji

But the system’s evils go beyond exploitation. The TITP and programs like it are also highly questionable from the standpoint of industrial policy. When a business turns to the TITP to fill empty spots, it soon becomes dependent on cheap labor. With an operating budget predicated on minimum-wage staff, it loses the ability to hire and retain Japanese workers. The foreign interns, who must return home within five years, have little prospect of developing or passing on high-level knowledge and skills. Unfortunately, Category I Specified Skilled Workers differ little from TITP interns in this regard.

The way Japanese companies have earned a name for delivering high-value-added products and services is by recruiting young employees with a solid education and developing them into capable managers through long-term on-the-job training. But schooling is not a criterion for placement as a TITP trainee or Category I Specified Skilled Worker. The reason some Japanese businesses are happy to accept such employees is that they regard them as disposable commodities to fill an immediate need, not as an investment. Encouraging companies to become dependent on cheap labor with no regard for the future does not strike me as a sound industrial policy for a developed country like Japan.

Now that a front door has been established for foreign blue-collar workers, it follows that Japan should either scrap the TITP or strictly limit its scope to training and internship programs that make a genuine contribution to international development. At this point, however, the fate of the TITP remains unclear.

Under the new working visa system, workers are permitted to switch jobs, and companies are required to provide the same pay and benefits that they would to Japanese workers doing the same job. These requirements make the system less vulnerable to abuse than the TITP, but also less attractive to Japanese companies struggling to cut costs while securing a stable supply of labor.

South Korea instituted a program similar to Japan’s TITP in the second half of the 1980s. Between 2004 and 2007, it switched over to a system of work permits for foreigners. Japan should follow this example and set a deadline for shifting to the new program, allowing a certain amount of time for the transition. The change may be difficult for small local businesses that have become dependent on the TITP, but it must be done. As long as foreign interns are required to remain with the same employer for the duration of their stay, labor and human-rights abuses are bound to continue, subjecting Japan to renewed international criticism.

The government should also expand the new working visa system by establishing additional categories and clear the way for Category I guest workers to upgrade to Category II, so that they can live with their families as permanent residents.

As of the end of August 2019, the government had issued only 119 Category I Specified Skilled Worker permits under the new program. Japan now stands at a crossroads. Will it phase out the much-reviled TITP and build the specified-skills system into a viable immigration program? Or will the new system sputter, a victim of its own constraints, while abuses proliferate under the expanding TITP? The outcome will be a crucial indicator of Japan’s commitment to the kind of immigration policy needed to head off a demographic crisis.