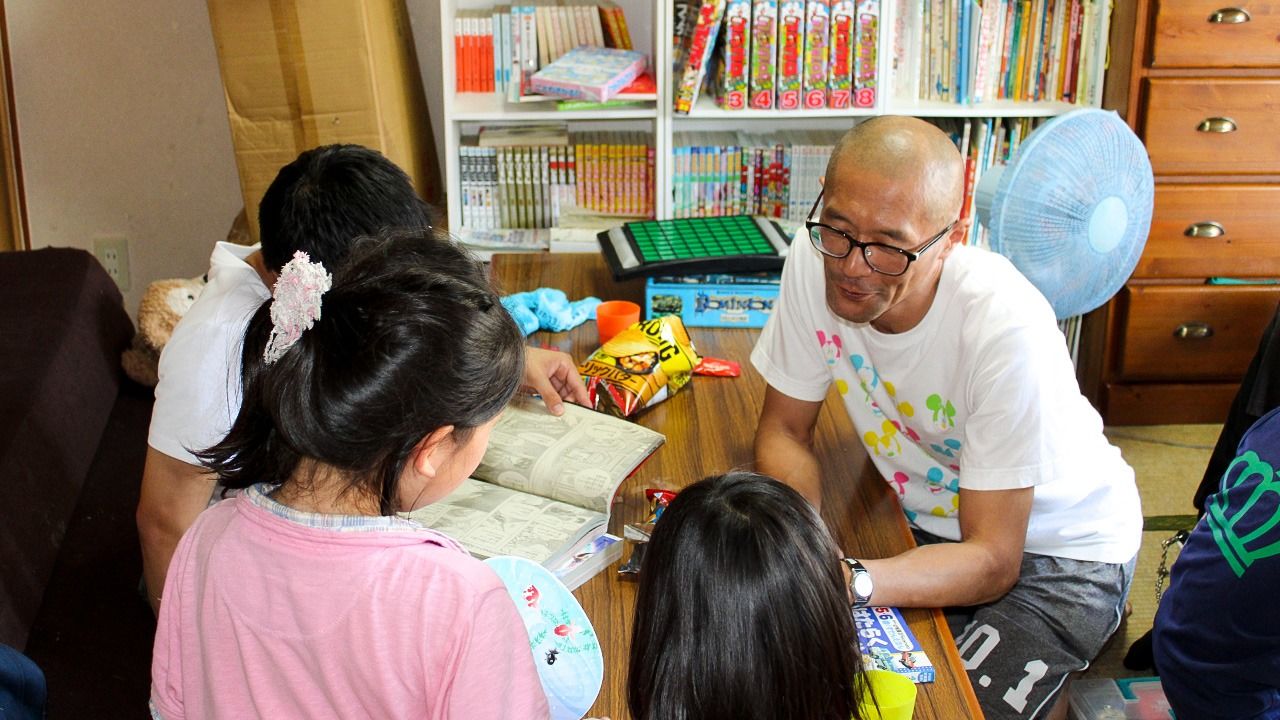 Economy Society Dec 16, 2019
Although Japan is the world’s third largest economy, child poverty is widespread. The latest available statistics, from 2014, show that the poverty rate for single-parent families in Japan is the highest among all industrialized nations. Parents in disadvantaged families struggle to provide not just food but also proper childcare and access to education for their children.

A Lifesaver for Families

Kodomo shokudō, of “children’s cafeterias,” exist in 3,700 locations throughout Japan. These are volunteer-led facilities that provide  children with free or low-priced meals and safe places to socialize. One of them, Mainichi Kodomo Shokudō, is located in an apartment in Takashimadaira, a mammoth housing complex in northern Tokyo. 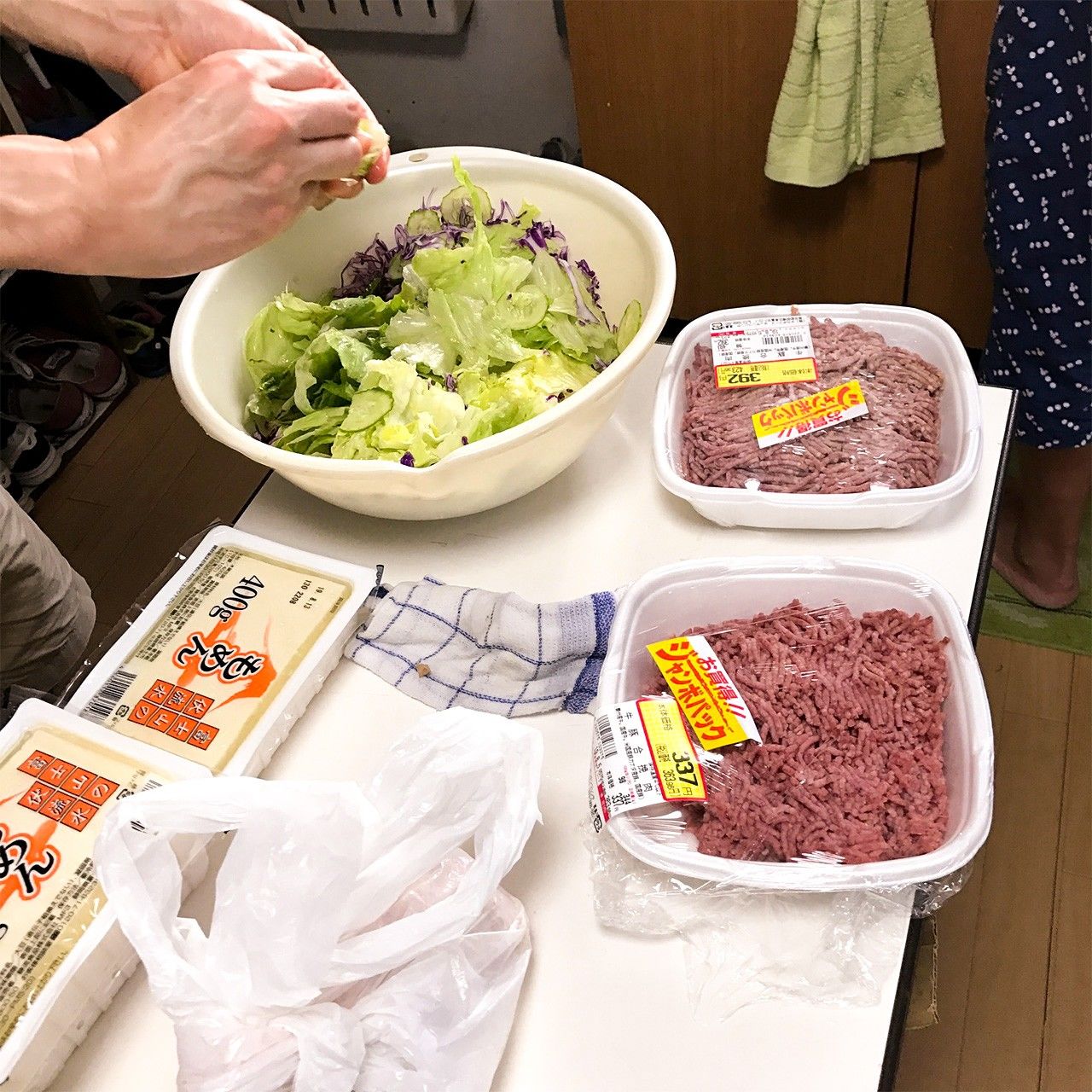 Late in the afternoon one day in August, 55-year old Rokugō Shinji, head of Mainichi Kodomo Shokudō, was busy preparing the evening meal when Onishi Fumiko, a single mother in her forties, walked into the kitchen and jokingly said “I’m here to steal.” (Names of the women appearing in this story have been changed to protect their privacy.) Taking a large food storage container out of her bag, she filled it with a heap of cooked rice and side dishes to take home. Due to poor health, Onishi—a divorcee who lives with her three-year old daughter—cannot hold a job, and she barely makes ends meet with welfare assistance. The dinner she has just collected is free for children and ¥300 for adults. “It’s a real lifesaver for us,” she says.

Meanwhile, eight elementary school students are avidly awaiting dinner in the dining area of the facility. On the menu today is mābō dōfu, a mildly spiced tōfu and ground meat dish served with rice. The children are lively and carefree. Why are they at a children’s cafeteria, though, when they would ordinarily be eating dinner at home?

According to Rokugō, many of the cafeteria’s users are children from single-mother families. Rather than eating alone while waiting late into the evening for their mothers to get home from work, they get a lift from sharing a meal with other children in similar circumstances. Not content with simply supporting these children through the meals he offers, Rokugō believes that it is just as important to provide them with a place where they can feel at home. So in addition to eating at the cafeteria, they can also play or get help with their schoolwork there. The children are very attached to him, and he is like a father to them.

In many places throughout the country, it is common for children’s cafeterias to open only two days a month, but the Mainichi Kodomo Shokudō is open every day, including weekends, from 7 a.m. to 8 p.m. It is part of everyday life for the children of the neighborhood, and it serves an estimated 800 users a month.

Single Mothers’ Forum, a nonprofit organization supporting single-mother families, concentrates on providing food aid these days. In the past year, it has sent free food parcels worth ¥4,000 to ¥5,000 each to a total of 1,785 families.

Yahagi Madoka, a single mother in her thirties with a seven-year-old daughter, receives a food parcel from Single Mothers Forum every two months. She works part-time in a distribution warehouse, where she earns a monthly salary of around ¥120,000, along with various child and welfare allowances totaling about ¥65,000 per month. Yahagi has job-hopped, and while some of her employers enrolled her in the public Employees Pension scheme, others did not, so she worries about whether she will receive an adequate pension in the future.

After paying rent, utilities, mobile phone charges, and healthcare and other social insurance outlays, Yahagi is left with only ¥20,000 a month for food. That works out to ¥660 a day. The Single Mothers’ Forum food parcels contain 5 kilograms of rice, canned goods, coffee, snacks, and so forth, but the rice is especially welcome.

Low wages mean not just a tight food budget; they also affect Yahagi’s ability to work and look after her daughter properly. She works fulfilling orders in a warehouse, so she has to pick out the correct products from thousands in stock and pack them for shipping. She estimates that she walks about 20,000 steps during her daily shifts, aware too that one mistake might cost her job. After she clocks out, she rushes to pick up her daughter from afterschool care. By the time she gets home at 6:30 p.m., she is exhausted and can barely find the energy to cook. Evenings are for recovering from the day’s fatigue, so her daughter plays by herself. Weekends are her only opportunity for quality time with her child. And because she does not want her daughter to feel singled out due to the household’s financial circumstances, she scours second-hand sites online to buy nice outfits for her.

Yahagi has no savings and says that a university education is out of the question for her daughter. “I think she should attend vocational school and earn a qualification as a daycare worker or something like that.”

Wakasa Ayaka, in her forties and living in the Tokyo metropolitan region, divorced in 2007. Nine years later, her son, 11 years old at the time, stopped attending school for some unknown reason. Other mothers in similar circumstances urged her to get out of the house for her own sake, and she has held a part-time job ever since. Her son is now 14, and to encourage him to be independent she has given him the job of shopping for and preparing dinner every day. She has received support for her son in the form of home visits by the local authorities and free school tutoring. She is grateful for this aid, but still worries about him being home alone all day long while she is at work.

Matsumoto Miki, a single mother in her late thirties, is a restaurant worker. She has two sons; the elder, now 8, has a slight developmental delay. While Matsumoto enjoys a relatively good work environment with some of the perks of a regular employee, she worries about how she will manage a decade from now. Right around that time, she will have to leave her below-market-rate apartment in public housing due to the time limit for occupancy; at the same time, her older son’s child welfare benefit will end when he turns 18. She wonders whether he will be equipped to become independent and capable of earning his own living by then.

According to the latest figures from the Ministry of Health, Labor, and Welfare’s Nationwide Survey on Single-Parent Households, in 2015 the average annual income (including social welfare and child welfare benefits) for single mothers was ¥2.43 million. With their income squarely in that bracket, Yahagi and Wakasa are not exceptions; their circumstances reflect the lives of many single-mother households. 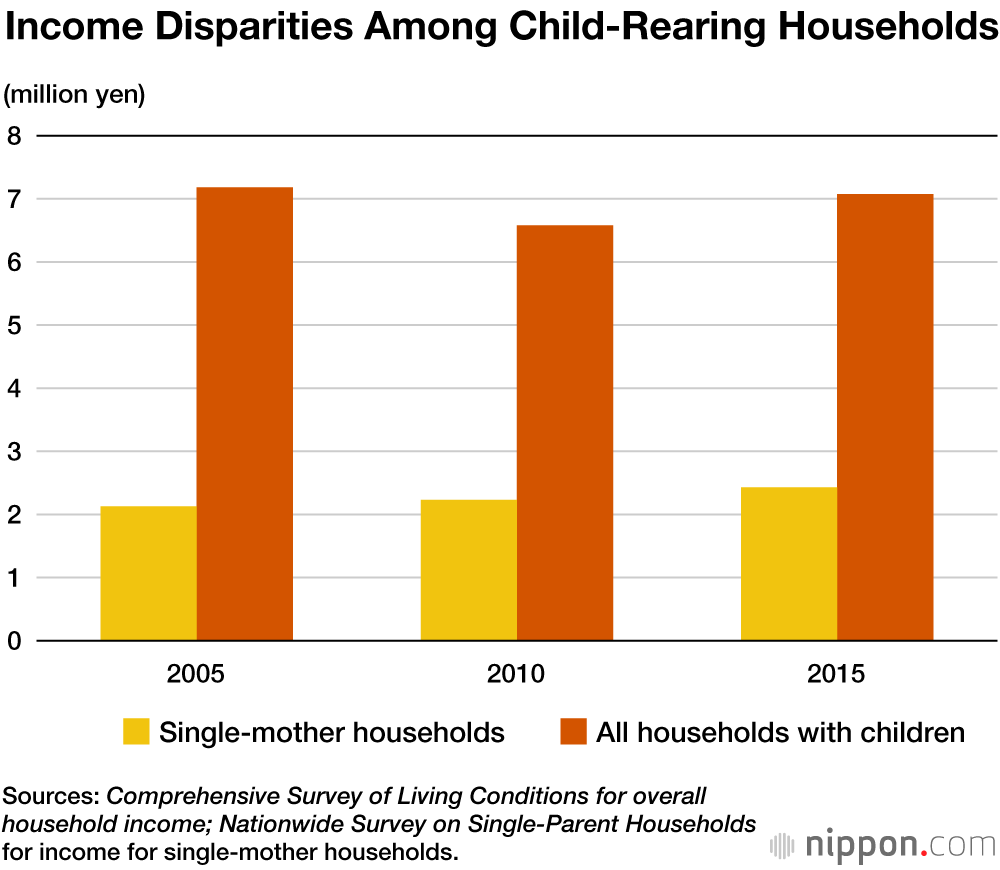 The true impact of poverty, however, cannot be captured solely from the financial aspect. Yuasa Makoto, a specially appointed professor at the University of Tokyo and the chairman of a nonprofit organization supporting children’s cafeterias, says that child poverty is defined by three “nos”: no money, no connectedness, and no confidence.

In big cities, community and neighborhood ties have become increasingly fragile, so the only places where children can feel connected are home and school. But Yuasa asserts that in single-parent homes, where exhausted mothers have little energy to really pay attention to their children, the support essential for creating experiences and connections with others is often lacking. At a time when central and local government financial resources are strained and prospects for further public assistance are limited, Yuasa believes that it is up to civil society to step in and support children in need. Nonprofit groups, social welfare organizations, and other actors are playing an unsung role, doing all they can to help children from disadvantaged single-parent households.

(Originally written in Japanese. Banner photo: Rokugō Shinji, head of Mainichi Kodomo Shokudō, chats with children who have dropped in for a meal.)