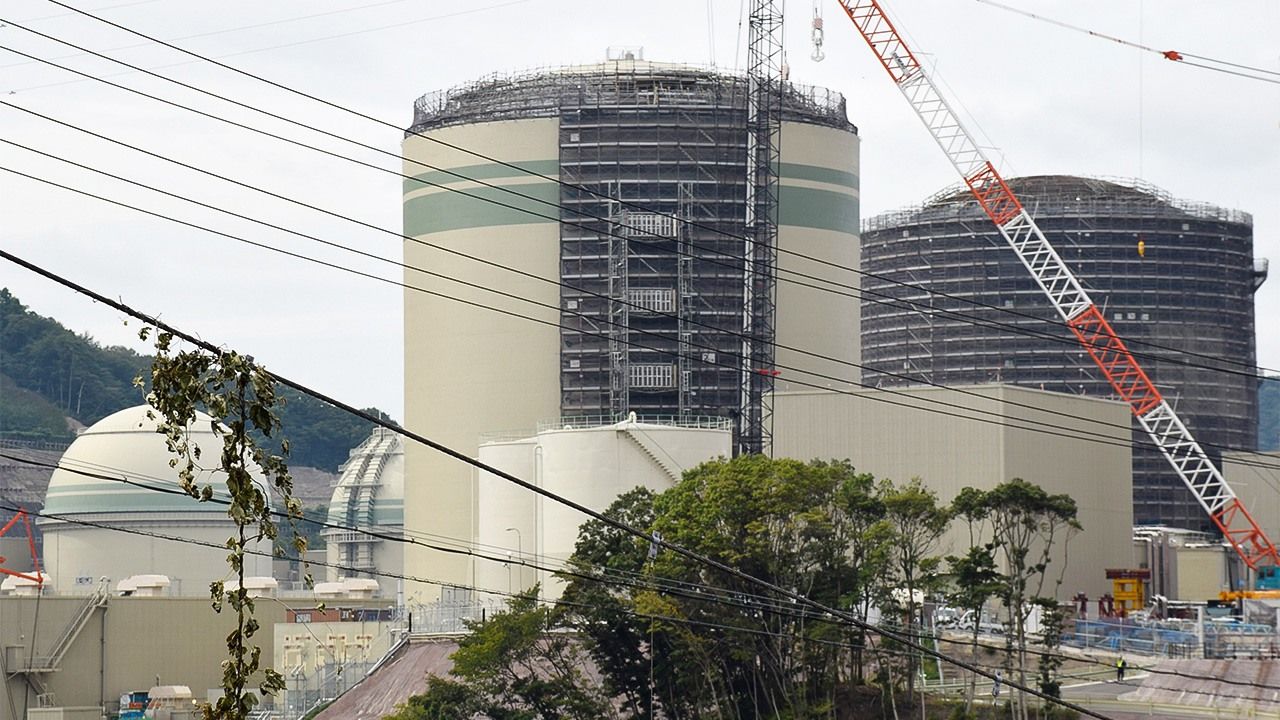 A recent graft scandal at Kansai Electric has dealt another blow to Japan’s embattled nuclear power industry. In September 2019, the utility disclosed that top executives, including President Iwane Shigeki and Chairman Yagi Makoto, had over several years accepted more than ¥300 million in cash and goods from Moriyama Eiji, the former deputy mayor of Takahama in Fukui Prefecture where the company's Takahama Nuclear Power Station is located.

During a press conference, Kansai Electric officials tried to play down the affair by shifting blame onto the late Moriyama with claims that he pressured executives into taking the gifts. However, the media and central government, unconvinced by the firm’s explanation and details of its internal report, pressed the utility for answers, eventually leading Yagi to step down and bringing the impending resignation of Iwane.

Moriyama’s odd behavior, such as hiding gifts of gold coins in the bottom of a box of souvenir snacks, took center stage in coverage of the affair. But framing the incident simply as a money scandal in an industry that is already viewed as corrupt fails to address the heart of the matter: the decades-long interdependence between nuclear power and the communities that host facilities. Below I look at how this long-standing relationship came about and suggest approaches to address core issues.

Japan fired up its first commercial nuclear reactor in 1966 at the Tōkai Nuclear Power Plant in Tōkaimura, Ibaraki Prefecture. Since then, the number of units around the country has increased to more than 50. As nuclear power expanded, utilities largely opted to add units incrementally at existing sites. While this policy was a boon for municipalities hosting power stations, with each new reactor bringing more revenue into communities, it also made local economies deeply dependent on the nuclear power industry.

The government began promoting nuclear energy in the 1960s, a time when the Japanese economy was enjoying unprecedented growth. Industrial complexes were rapidly going up around the country, bringing welcome economic benefits to the communities where facilities were built. Authorities used the burgeoning demand for manufacturing sites to expand the nuclear industry, persuading poor, out-of-the-way towns with little chance of wooing other industrial investment that economic gains were to be had by hosting a plant.

With the price tag of building a nuclear power plant running into the tens of billions of yen, regional construction firms reaped huge profits from the inflow of work, boosting local economies. However, once a site was complete, public work projects dried up. Without money coming in from building contracts, residents were left with few options for keeping the economy going other than agreeing to accept another, and yet another reactor.

Nuclear power proved to be equally lucrative to cash-strapped municipal governments, but bringing the same economic reliance on nuclear as seen with the construction industry. The main source of revenue was government subsidies given to communities hosting plants and tied to much-needed infrastructure projects like improving roads and schools. Towns also enjoyed an uptick in property tax income. As coffers swelled, though, local authorities splurged on public facilities like sprawling community centers, only to be saddled by mounting maintenance costs once subsidies, which were halved five years after reactors went online, decreased and tax revenue dwindled. With public finances in dire straits, local leaders agreed to additional units.

This scenario played out over decades in towns around the country, with regional construction firms receiving the lion’s share of the financial benefits from nuclear power’s expansion and local economies growing ever more dependent on the industry. Eventually, though, the economic merits of building new reactors plateaued, in most cases after the third or fourth expansion. At this scale, power plants had sizable workforces to conduct day-to-day operations, and teams of technicians were also needed to conduct periodic maintenance and inspections as required by law, assuring host communities a healthy rate of economic activity and removing the need to build more reactors.

Other factors making three to four units the norm were the government’s extension of the period of subsides and expansion of the scope of aid to allow municipalities to cover maintenance costs of public facilities and invest in projects aimed at revitalizing local industry. Property taxes, although subject to decline, never dried up completely, and once rates leveled out, they provided town authorities another steady source of income to run their affairs.

Starting in the late 1990s, the economic dependence of towns on building reactors shifted toward greater financial autonomy and diversified industrial activity once three or four units were in place, leveling the playing field to a degree for host communities. Although towns still relied heavily on revenue from the nuclear power industry, local authorities now had more fiscal leeway to promote other sectors of the economy beside construction. At the same time, utilities sought to bolster public perceptions of nuclear power as part of Japan’s broader energy strategy. With mutual benefits to be had from greater cooperation, relationships became more symbiotic.

The nuclear accident at Fukushima Daiichi, triggered by the 2011 Great East Japan Earthquake, drastically altered the situation. In the wake of the disaster, the government raced to shut down the nation’s reactors, a decision that has had long-term repercussions for rural economies dependent on the nuclear power industry. Once a key component, nuclear power’s place in Japan’s energy mix has been scaled back as rigorous new regulations for the country’s aging fleet of reactors have forced utilities to decide whether to invest in expensive upgrades or decommission units. With very few new reactors planned, the prospects of a nuclear power comeback appear slim.

The industry has already laid out hundreds of trillions of yen—enough to build a whole new reactor—in its ongoing effort to bring units up to post-3/11 standards. Faced with mounting costs, utilities are anxious to get idled reactors up and running. Like the early years of nuclear power, local construction firms are again seeing money pour in from projects at power plants.

A survey by the Ministry of Economy, Trade, and Industry found that while the local service industries in Tsuruga and Mihama in Fukui Prefecture have been hit hard by reactor shutdowns, the losses have been largely offset by growing demand for construction work. As Japan reduces its reliance on nuclear power, though, the current round of reactor-related projects will likely be the last. This has people worried. While the Kansai Electric bribery scandal is an extreme case, it reflects a sense of impending crisis among local construction firms who are determined to capitalize on the situation while there is still money to be made.

The actions of Moriyama and utility executives are reprehensible, but the affair promotes a false view that any money linked to the nuclear power industry is tainted. It is important to recognize that residents of towns had clear economic motives in accepting to host power plants, and that the decision to increase the number of units has provided municipalities a degree of fiscal freedom they likely would not have otherwise had without nuclear power.

It is a heavy burden having a nuclear power plant in your back yard, though, and subsidies compensate host communities by redirecting a portion of the economic proceeds from urban areas that benefit most from the electricity generated at sites; businesses and residents in cities support this arrangement, with a percentage of the money they pay for electricity going to fund the subsidies. It is unfair, then, to label the system corrupt when there is such an implicit quid pro quo between consumers and host communities.

Shining a Light on Nuclear Money

The public’s image of nuclear power has steadily declined since the Fukushima Daiichi accident and the recent graft scandal has only deepened people’s distrust. However, consumers should realize that they have a stake in the matter as their fees play a significant part in determining the direction of the nuclear industry. To win people’s trust and prevent future incidents, utilities must start implementing a full range of transparency measures to shed light on the intricate flow of money.

Kansai Electric has taken steps in this direction by ordering a third-party investigation of the incident. But this is just the start of what needs to be done. Unless the industry as a whole implements concrete measures to prevent similar scandals down the road, nuclear energy will fail to recover its previous position and will be doomed to play only a supporting role in Japan’s new energy strategy. Such an outcome will have serious consequences for the nuclear power industry and the local economies of host communities.