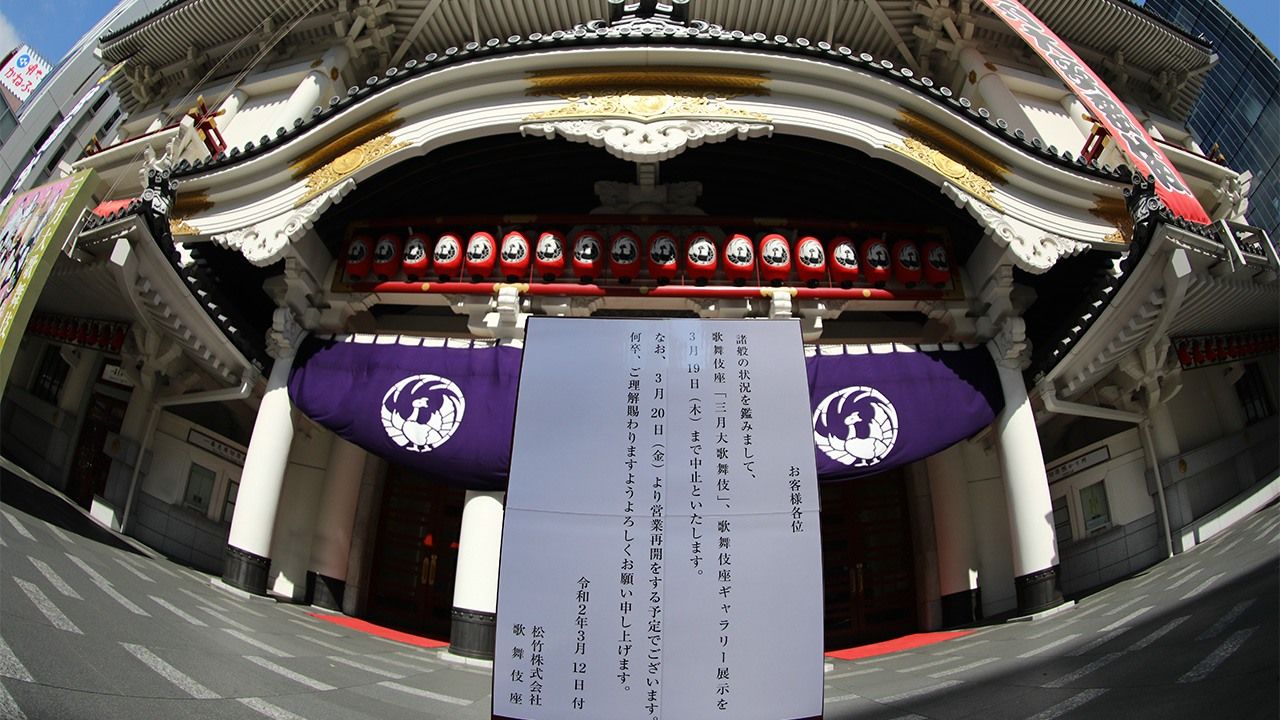 Society Culture Lifestyle Apr 28, 2020
Long before Japan announced a state of emergency due to the coronavirus outbreak, organizers were urged to cancel numerous live events, resulting in major losses. While it is unclear when it will be possible to hold events again, there has been little financial support from national or local governments for artistic and cultural groups and individuals. 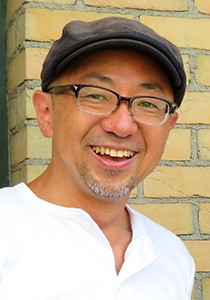 Lawyer in Japan and New York State. Partner in Kottō Dōri Law Office, where he specializes in the arts and entertainment, such as intellectual property issues. Visiting professor at Nihon University College of Art, Kobe University, and Japan Electronics College.

The First to Be Targeted

The COVID-19 outbreak has thrown Japan’s arts and entertainment world into crisis. More than a month before the government declared a state of emergency in seven prefectures on April 7, organizers nationwide had responded to calls to refrain from staging plays, concerts, and other live events with a string of postponements and cancelations. With no clear prospects for a return to business as usual, financial losses are piling up, and as yet there is no sign of the kind of policies seen in some Western countries for supporting the arts during this difficult period.

Prime Minister Abe Shinzō requested the cessation of sports and cultural events on February 26. “The next day, all the major theaters began to close. Abe’s direction had no legal force, but their actions must have been prompted by the pressure to conform, as well as a feeling of social responsibility,” says lawyer Fukui Kensaku, who specializes in legal matters related to art and entertainment. “It was no longer possible to hold many live events as planned. The closer the decision to cancel was to the scheduled performance, the greater the losses. It seems the prime minister, who apparently didn’t fully understand these details, chose sports and cultural events from the top down as the first to be targeted, without consulting the government’s expert panel.”

A survey by The Association of Public Theaters and Halls in Japan found that more than 90% of events due to be held by venues from late February to mid-March were canceled by organizers.

“Take plays as an example,” says Fukui. “If organizers at a theater with capacity of 700 to 1,000 cancel a month-long series of shows at the last minute, they face losses of over 100 million yen. There are more than six months of preparation before an event begins, with considerable expenses already allocated to paying actors and crew while rehearsing and getting ready, as well as securing the venue, ordering the set, and advertising. Meanwhile, all the money from ticket sales has to be returned.”

The entertainment service provider Pia estimated that as of March 23, around 81,000 cultural and sporting events had faced total or partial loss of income due to cancelation, affecting a total of 58 million attendees, and resulting in an overall loss in revenue of ¥175 billion. This is projected to rise to ¥330 billion if cancelations continue until the end of May.

Both the national government and local governments have shown reluctance to provide direct compensation for postponements and cancelations. While Tokyo Governor Koike Yuriko called for events not to be held, on March 23 she also said that it was debatable whether tax money should be used for compensating organizers.

On March 28, Prime Minister Abe said, “We must not by any means let the flame of culture be extinguished,” but he implied that it would be difficult to offer compensation for losses with tax money, so support would come through one-off payments.

“It’s ridiculous to say that they can’t pay compensation because organizers made the decision themselves to cancel their events. If they claim they can’t give special treatment to artistic, cultural, and live events, they should at least take measures that fairly reflect that the industry’s losses were larger and came earlier than others,” Fukui says. “If there had been early consultation with organizers over the plan to call for refraining from holding events, it could have halved the financial losses. The sudden announcement at the end of February left many live event organizers regretfully making cancelations, while customers kept eating and drinking at izakaya pubs, and pachinko parlors stayed open. There was talk of the high risk of infection in packed trains, but the government’s requests on that issue were inadequate. So there should at least be compensation for putting pressure on event organizers six weeks earlier than everyone else.

“Another point is that there are many kinds of live event. Ventilation standards for theaters and halls have become extremely stringent recently, and audience members don’t talk during plays and classical music concerts. The measures should have taken these differences into account. After some infections were found to be connected to live music venues, live events across the board were seen as a threat. Of course, it would be a different story if the cancelations had been accompanied by compensation, as in Western countries. For example, in London, theaters were closed at the same time as restaurants, pubs, and nightclubs. At the same time, measures were announced to support them.”

Some countries showed quick commitment to financial backing for culture. On March 24, the government-funded Arts Council England announced a £160 million (¥21.2 billion) emergency package for supporting cultural organizations, freelancers, and artists. In the United States, the arts are funded by a highly developed system of tax-deductible donations, but in this case, the government decided to make direct payments totaling more than $230 million (¥25 billion) to the National Endowment for the Arts and four other cultural bodies. Germany agreed on a financial package worth €750 billion (¥89 trillion) on March 25. Of this, up to €50 billion (¥6 trillion) was allocated to artists and sole proprietorships. Monika Grütters, Germany’s culture minister, drew attention with her firm statement that artists are now indispensable.

In Japan, Commissioner Miyata Ryōhei of the Agency for Cultural Affairs also spoke strongly on March 27, saying that he wished to take the lead in providing even more support to culture and the arts: “Now is the time to believe in the strength of our culture and move forward together.” But he has provided no specific policies. Fukui comments, “The Agency for Cultural Affairs has an annual budget of just ¥100 billion or so, and a huge portion of that is earmarked for the preservation of cultural properties. Many have been disappointed that they couldn’t expect anything from the agency.”

After the Crisis Is Too Late

When the Japanese government unveiled its own economic stimulus package on April 7, it included payments of up to ¥2 million for sole proprietorships and small and medium-sized business enterprises that had suffered a year-on-year drop in income of 50% or more due to the coronavirus outbreak. There were tax exemptions for event ticket buyers who did not ask for fees to be refunded. As part of policies to encourage spending after the end of the COVID-19 crisis, there were also plans for a campaign of discounts, points, and coupons for ticket buyers, along with a subsidy system.

“Some people in the theater world agree that government payments to smaller businesses will give them some breathing space,” Fukui says. “But one cannot deny that both action and payments are late compared with other countries, and the required procedures are complicated. And they do nothing to help those who were running medium-sized or larger events. There has to be urgent support for organizers not covered by the present measures. Some businesses are already on the verge of bankruptcy. If big names go under in June, the government may scramble to act, but that will be too late. Without support now, organizers won’t be able to take action, and there may well not be anyone left to support once the coronavirus outbreak is over.”

On April 8, the National Governors’ Association made an appeal for the national government to promptly compensate business losses for cancelations of events and similar activities due to the coronavirus outbreak. Fukui notes: “I appreciate the appeal, but if they’re asking the national government for money, local governments should take the lead in making payments. They should act urgently to cover losses to save those businesses about to fall into bankruptcy, and then negotiate to receive a certain portion of that money from the national coffers. If they don’t, we might see cultural facilities toppling one after the other into bankruptcy. I’m particularly hoping Tokyo will take the initiative.”

While the COVID-19 crisis will end at some point, event organizers and the government need to continuously share information and consult on how support should be organized and events can get going again, in preparation for a similar situation in the future. As current private insurance for cancelation does not cover disasters like epidemics, Fukui says that the government should think about constructing a public insurance system. “If the national and local governments don’t make up for losses, and there’s no chance of insurance, the last resort is to pass the risk on to customers by changing the rules so that there are no refunds if events are canceled by pandemic response measures. It’s not good for customers, but there needs to be the understanding that the alternative is for organizers to go out of business or bankrupt.”

At a time when people cannot go out, Fukui says there must be many who appreciate the importance of live events like plays and concerts. “Even if everyone has their different ways of thinking and feeling, artistic and cultural activities are essential to our lives. But these are low-profit endeavors and organizers are on financially shaky ground. Compared with a number of European countries, Japan allocates little of its state budget to culture, something that’s true compared with its neighbor South Korea, too. And set against the United States, which encourages donations through generous tax incentives, rather than direct subsidies, its donation system is lacking. Even so, private efforts, including the support of corporate sponsors and private foundations, had helped Japan’s arts and entertainment industry to establish a presence on the global stage.

“I foresee that even if the government does provide subsequent emergency support, it will be a case of too little, too late. Even after bankruptcies and job losses, I see a new system forming where the private sector feels that it has to act alone. And in that case, how will the government have any right to boast about ‘Cool Japan’?”

(Originally published in Japanese, based on an interview by Itakura Kimie of Nippon.com. Banner photo: A sign in front of the Kabukiza theater in Ginza, Tokyo, announcing the cancelation of March’s grand kabuki performances. © Jiji.)