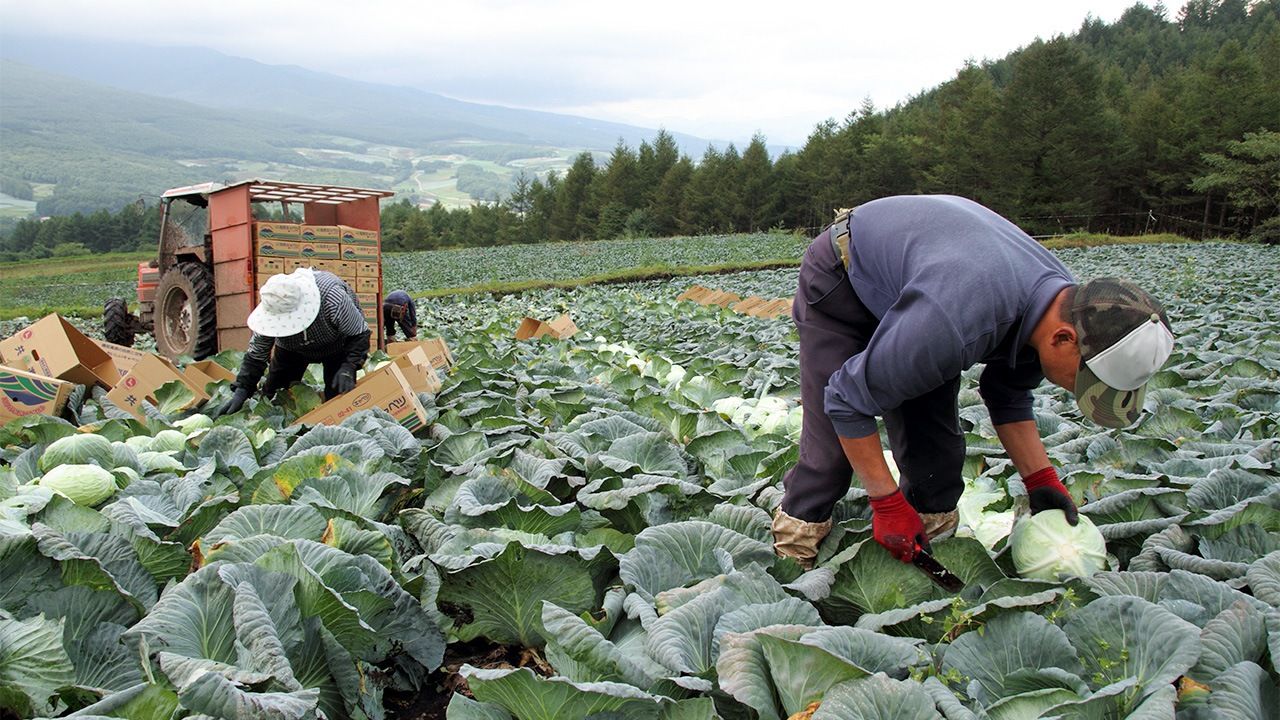 Society Work World Global Exchange May 27, 2020
The COVID-19 pandemic could mark a turning point for Japan's immigration policies, as it exposes the weaknesses of a system reliant on "disposable" migrant workers.

Nowhere is the impact of the COVID-19 crisis on Japan more apparent than in the country's fast-growing international community. In the manufacturing and service sectors, slowdowns and shutdowns are having a disproportionate impact on foreign workers. In agriculture and food processing, legal constraints on the mobility of foreign "trainees," combined with a temporary ban on immigration, are exacerbating labor shortages. In this way and others, the coronavirus epidemic has exposed the fragility of Japan's hidebound systems and highlighted the need for fundamental reform.

For at least two decades, Japan has responded to internal labor shortages in specific sectors and regions by admitting de-facto migrant workers under limited-term training or student visas. By prohibiting long-term immigration, the government has sought to avoid the costs of education, integration, and inclusion. But as depopulation and demographic aging have progressed, eroding Japan's resilience as a society, the inadequacy of such a short-sighted approach has become increasingly apparent.

The government has already done what it can to tap its native human resources by encouraging the employment of women and senior citizens. In the five years since Prime Minister Abe Shinzō pledged to create “a society where all 100 million citizens can play an active role,”  Now, with most of those capable of working already employed, Japan finds itself without the reserves needed to respond resiliently to shifts in the labor market.

Adding to this lack of resiliency is the fragility caused by the changing household structure—specifically, the growing number of households headed by single adults. Several factors are contributing to this trend, including a tendency to marry later (or not at all) and a rise in single-parent households, but the most worrying may be the increase in the number of seniors living alone. These seniors will be at high risk during natural disasters and emergencies like the one we are facing now.

The presence of foreign workers is a crucial stabilizing force in this fragile, rapidly aging society. Japan's foreign community has been growing at a rate of about 200,000 annually, even while the population as a whole has been falling by about 500,000 per year. At last count, the number of foreigners living in Japan had hit 2.93 million, more than 2% of the total population.

Unfortunately, Japanese public policy has lagged far behind these demographic and economic realities. The government continues to uphold a "no immigration" stance, accepting unskilled and semiskilled workers on a temporary basis only.

Despite the immigration reforms that came into effect in April 2019, labor-starved industries continue to rely on the Technical Intern Training Program, long criticized as a hotbed of exploitation and labor-rights abuses. Under the TITP, workers from other countries in Asia and elsewhere are recruited as interns for a period of one to five  years. Placed with employers in industries suffering from labor shortages (especially agriculture, food-processing, and construction), they are not permitted to change jobs during their stay.

In keeping with its no-immigration policy, the central government has provided only minimum support to the foreign workers it admits as they are expected to return home at the end of their internship. One consequence of this neglect is an abysmally low level of Japanese-language proficiency. This can lead to serious problems during emergencies like the current one.

A Catalyst for Change?

The COVID-19 epidemic has thrown the flaws and fragility of this "disposable labor" system into high relief. Thousands of foreign workers are facing unemployment. Moreover, thanks to the government's neglect of Japanese-language education and other supports, many are woefully uninformed of their rights and unaware of the safety guidelines and instructions issued by local governments.

Of the roughly 1.7 million foreigners working legally in Japan (including students and TITP trainees), 29.1% are employed in the manufacturing sector, which has been impacted by supply-chain disruptions. Another 12.5% work in the hard-hit food and hospitality industry. Zenkoku Ippan Tokyo General Union (Tōzen), which represents and advocates for foreign workers, says it has been receiving about 100 inquiries a day from unemployed or underemployed foreigners, many of whom are being denied their rights under Japanese labor law.

The government has not been entirely blind to their plight. The Ministry of Health, Labor, and Welfare recently launched an information portal in 15 languages for foreigners working at Japanese companies . It advises workers that they have the same legal rights as their Japanese counterparts (including paid vacation and a 60% "leave allowance" to furloughed employees) and that those rights continue to apply even if company business has fallen off due to the COVID-19 crisis. It also provides answers to frequently asked questions and links to other resources. (Foreigners residing in Japan are also eligible for the ¥100,000 individual subsidy included in the stimulus package approved on April 20.) But many would characterize these measures as "too little, too late."

Meanwhile, the suspension of visas under the TITP is threatening many Japanese employers with labor shortages, particularly in the agriculture, fishing, and food-processing sectors. On April 17, in a bid to ease these imbalances in the labor market, the Ministry of Justice announced a "special measure" under which technical interns who are unable to continue their training or internships due to the economic impact of COVID-19 will be permitted to find alternative employment under a "designated activities visa," granted for a period of up to one year. In terms of loosening controversial restrictions on the mobility of TITP trainees, the coronavirus has succeeded where years of criticism and advocacy have failed.

Time for an Overhaul

As we have seen, Japan's answer to structural labor shortages has centered on low-cost backdoor expedients that treat foreign workers as disposable commodities. The weakness of this approach should have been clear to all in the wake of the 2011 Tohoku tsunami and nuclear disaster, when thousands of foreign trainees and students returned home, leaving their employers shorthanded. Even so, Japan upped its reliance on the TITP and not long ago opened the program up to care workers in the hope of alleviating the increasingly urgent shortages facing the nursing-care industry. As the Japanese population continues to age and shrink, these short-term, penny-wise fixes will not suffice to protect our vital agriculture, transportation, and healthcare sectors from collapse.

Having survived countless disasters, the Japanese people have a reputation for resilience and adaptability. But the COVID-19 epidemic has exposed critical weaknesses in our society. The government's response in particular has been slow, rigid, and timid, devoid of foresight or decisive leadership. The same weaknesses are seen in Japan's short-sighted immigration policies.

No one knows when the coronavirus pandemic will be under control, but we can be fairly sure that it will be a long time before travel between Japan and the rest of the world returns to normal. Local economies that depend on revenue from tourism (an important component of the Abe government's economic growth strategy) are in for a struggle, as are sectors of the economy that have grown dependent on a steadily growing supply of foreign labor.

If there is a silver lining to this grim picture, it is the fact that Japan's longstanding practice of treating foreign workers as disposable commodities is unlikely to survive the epidemic's aftermath. In my view, the government can no longer ignore the need for an immigration system that treats foreigners as a precious human resource worthy of a long-term investment—beginning with a solid Japanese-language education. To restore Japan's resilience we need people who view themselves, and are viewed, as members of the community with a stake in Japan's future, not migrant workers who will pack up and leave in times of crisis.

In April 2019, Japan instituted the new Specified Skills visa program for blue-collar and other less-skilled workers under a historic amendment of the Immigration Control Act. In keeping with the principle of social inclusion, the Justice Ministry should consolidate the TITP into the Specified Skills visa program and begin admitting interns and other foreign workers into Japan as potential permanent residents. This would go a long way toward rebuilding Japan's resilience.