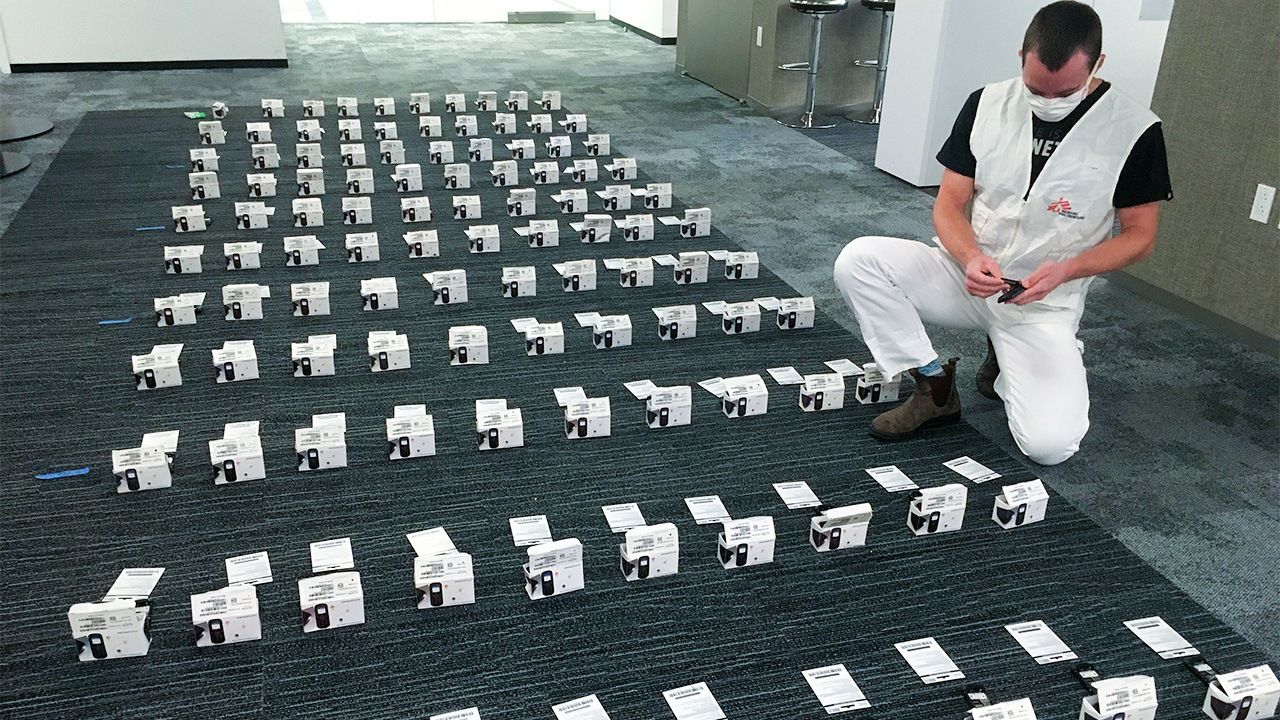 Society People Health May 29, 2020
Humanitarian organization Médecins Sans Frontières (Doctors Without Borders) is on the front line of the coronavirus pandemic in conflict zones and other vulnerable areas. Newly appointed MSF Japan President Kurumiya Takashi talks about the situation on the ground and the challenges that lie ahead. 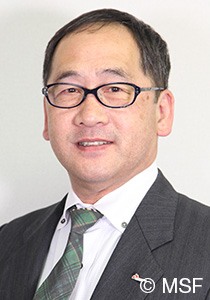 Physician at Nagai Hospital in Mie Prefecture, specializing in gastroenterology. Born in 1959. Earned his medical degree from Mie University. In 2004, joined Médecins Sans Frontières (Doctors Without Borders) to fulfill his childhood ambition of practicing field-based medicine. He has been involved in MSF projects in more than 12 countries, including relief efforts in Japan in the wake of the 2011 Great East Japan Earthquake and the 2016 Kumamoto earthquakes. Served as vice president prior to accepting his current post as president of MSF Japan in March 2020.

Over the last two decades, the international medical humanitarian organization Médecins Sans Frontières (Doctors Without Borders) has stood on the frontlines of epidemics like Severe Acute Respiratory Syndrome, Middle East Respiratory Syndrome, and Ebola. The ongoing COVID-19 pandemic is no different, but according to MSF Japan President Kurumiya Takashi, the global scale of the outbreak has presented the organization with an array of unexpected challenges.

Kurumiya says that while outbreaks like Ebola were largely confined to specific regions, the effects of the current health crisis are being felt in every corner of the world. “Developed countries that are normally at the forefront of international aid efforts have had to scale back support as they scramble to contain domestic outbreaks,” he explains. “Travel restrictions and disruption of supply chains have also made it difficult to get aid and personnel to field hospitals where they are needed.

Speed is essential when responding to medical emergencies, but with air traffic having ground to a near halt, Kurumiya says the Japanese MSF office has struggled to get boots on the ground quickly. “Japan has so far avoided the scale of infection seen in other parts of the world,” he says. “This has allowed us to have staff on standby to head overseas, but the reduction in commercial flights and the need to quarantine for two weeks upon arrival in most countries have hindered our attempts to regularly rotate people.”

The disruption of air travel has also made it difficult for staff who have completed their scheduled time in the field to return home, and Kurumiya says that most have chosen to stay in their positions while they wait for replacements to arrive. “Individuals understand that there’s an increased risk of being infected by the coronavirus the longer they remain in the field, but they would rather stay at their posts than jeopardize the health of the people they are there to help by putting projects on hold.”

Staffing is not the only concern. There is also the ongoing shortage of essential medical supplies caused by the pandemic. “It’s been hard to secure enough masks, gowns, and other personal protective equipment,” says Kurumiya. “Then there’s the added difficulty of getting these to our people in the field.”

Faced with shortages, MSF has had to come up with new protocols to protect the health and safety of field staff while keeping projects that benefit vulnerable communities in operation. There are currently around 40 Japanese staff active in the field, and the MSF Japan office is currently recruiting specialists in emergency medicine, critical care, medical devices, and water and sanitation as it steps up its COVID-19 response.

MSF provides medical aid to at-risk populations in over 70 countries. Along with regular medical duties, workers are being called on to battle outbreaks in countries like Burkina Faso, South Africa, and Brazil where the coronavirus has pushed the medical systems to the brink of collapse. MSF has also conducted projects in some hard-hit areas in developed nations like the United States to help relieve the stress on overwhelmed healthcare systems there.

Kurumiya says the Japan office is currently working with national and local authorities and medical professionals to develop an action plan for aiding vulnerable populations in Japan in the event of a major rise in domestic COVID-19 cases. “We’re looking at ways to bolster regional responses in order to help groups like the homeless and senior citizens, who are at highest risk of falling through the cracks.”

One such project is already underway in Nagasaki Prefecture. Since early May, MSF staff in Japan have been helping care for crewmembers of the Italian-flagged cruise ship Costa Atlantica following an outbreak of coronavirus onboard while the vessel was docked for repairs in the port city of Nagasaki. 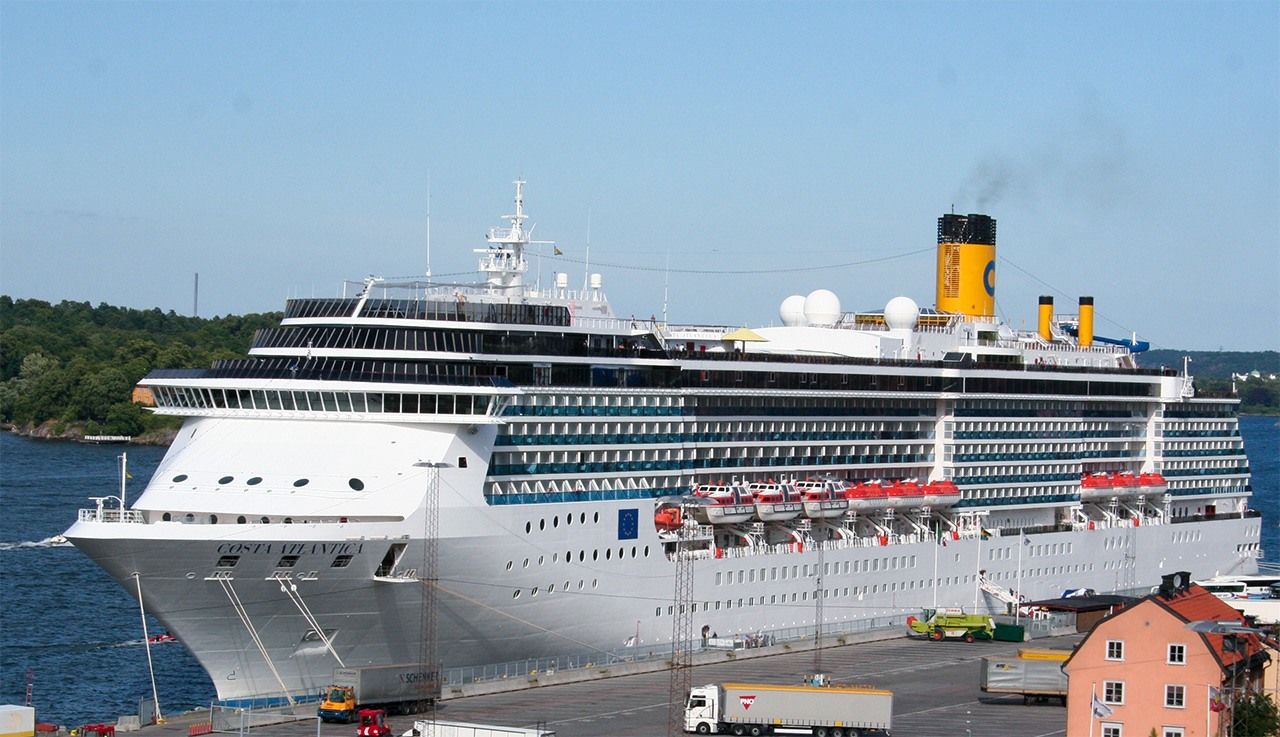 In Japan’s own fight against the coronavirus, it can deploy advanced medical infrastructure capable of responding to a major outbreak. However, Kurumiya warns that this is not the situation throughout most of the developing world. He emphasizes that more needs to be done to stop the spread of COVID-19 in vulnerable areas, such as conflict zones and refugee camps. “These places have only rudimentary healthcare facilities to begin with,” he explains. “Then there are issues of malnutrition, overcrowding, and poor sanitation that together set the stage for a catastrophe far worse than the horrific outbreaks seen so far in medically advanced Western countries.”

He stresses that as developed nations start to contain the spread of the virus inside their own borders, governments need to step up aid to underdeveloped areas, including sending much-needed materials like PPE that are hard for local medical workers to procure. Along with masks and gowns, Kurumiya insists there must also be efforts to share newly developed drugs and treatments as they become available. He feels it is vital for Japan to take a leading role in forging a global response to COVID-19, including heading initiatives to quickly and efficiently distribute the medical tools essential for battling the disease to areas of greatest need. 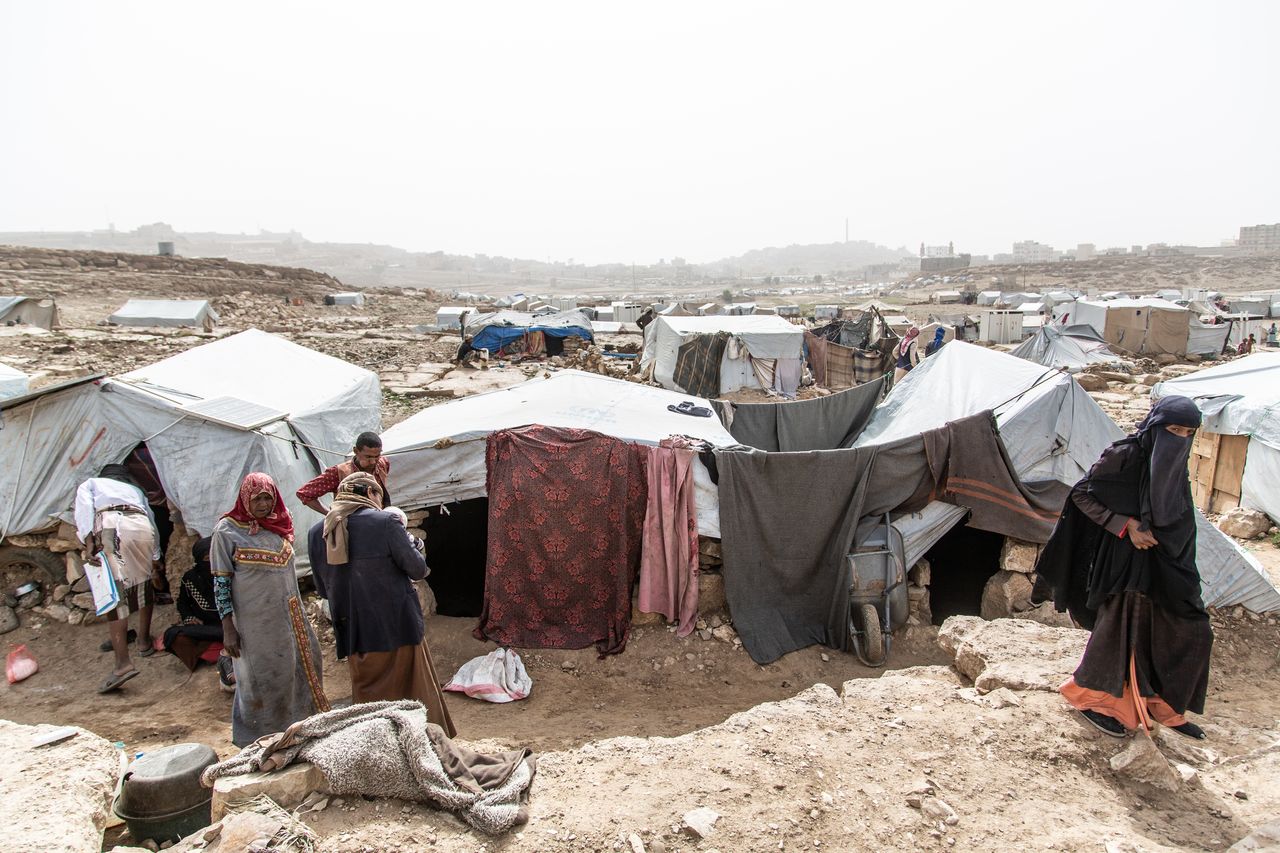 A refugee camp in northern Yemen in April 2019. Overcrowding and poor sanitation raise the risk of a devastating COVID-19 outbreak. (© Agnes Varraine-Leca)

While the pandemic has disrupted the MSF’s normal flow of operations, Kurumiya sees an opportunity for the organization to diversify its approach to humanitarian medical aid: “MSF was founded in France and remains centered in Europe. Affiliated associations, like ours in Japan, coordinate with one of five operational centers, all of which are located in major cities on the European continent. The difficulties in organizing staff and distributing materials that have come to light since countries have gone into lockdown underscore the risks of being too centralized. In my view, many of the issues can be overcome by giving regional associations greater independence in overseeing the projects they are involved in.” Kurumiya intends to discuss this and other strategies with other MSF offices as part of postpandemic measures to bolster the organization’s capacity to fulfill its humanitarian mission.

Currently, though, he divides his time between fulfilling his duties at the hospital where he works and helping to coordinate MSF’s coronavirus response with other staff in regional offices. Once the health crisis subsides, he expects to devote more attention to his role as president of the Japan office. One area he intends to focus on is community outreach to boost public support for humanitarian medical aid, especially among young people. In 2018, he helped start the “school caravan,” a trial initiative that encourages schoolchildren to come up with original approaches to real-life aid scenarios. “Most people have only a passing awareness of the desperate conditions in the countries where we work,” he says. “It’s important to instill in younger generations a firm understanding of the importance of humanitarian aid.” 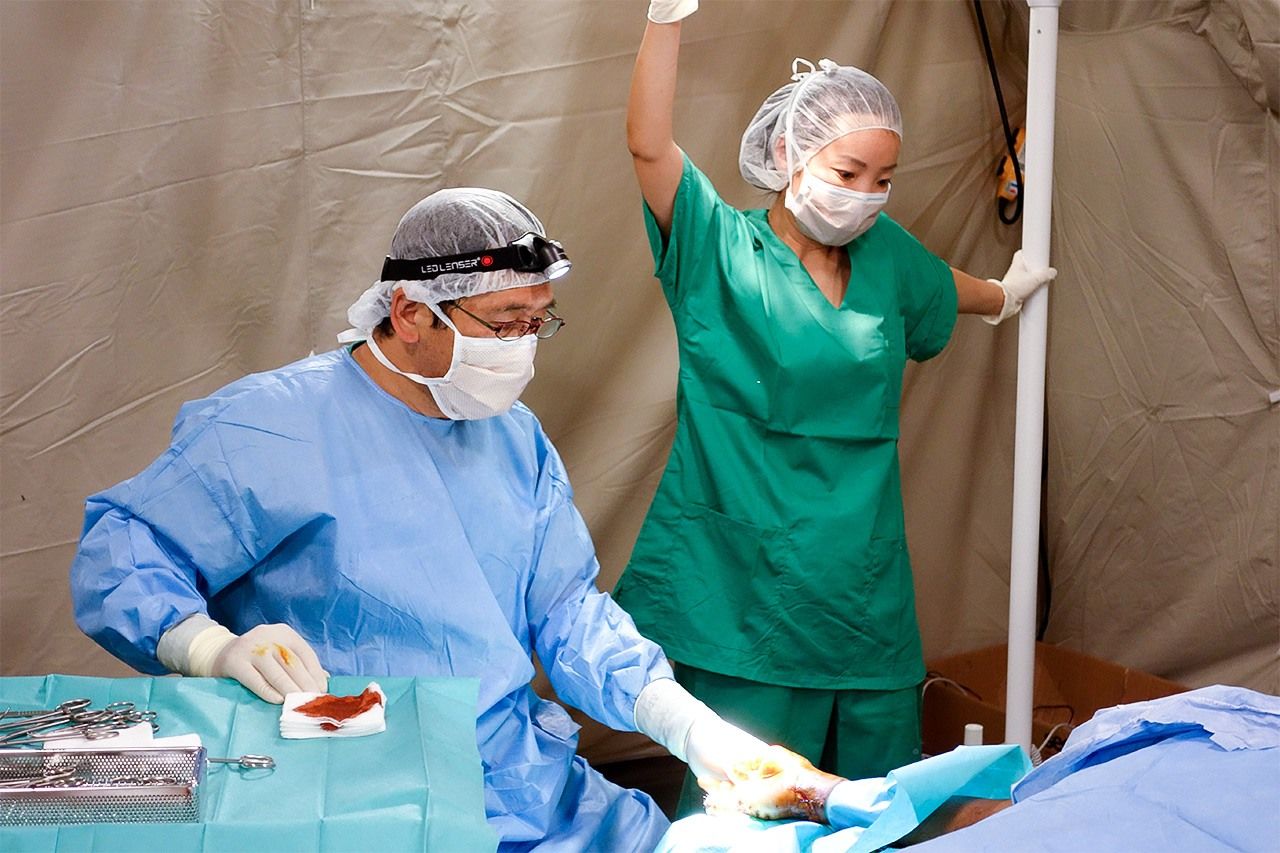 (Originally published in Japanese, based on an interview by Itakura Kimie of Nippon.com. Banner photo: An MSF staff member in the United States inspects mobile phones to be distributed in poor communities to help homeless and other residents call for emergency medical services. © Michelle Mays/MSF.)