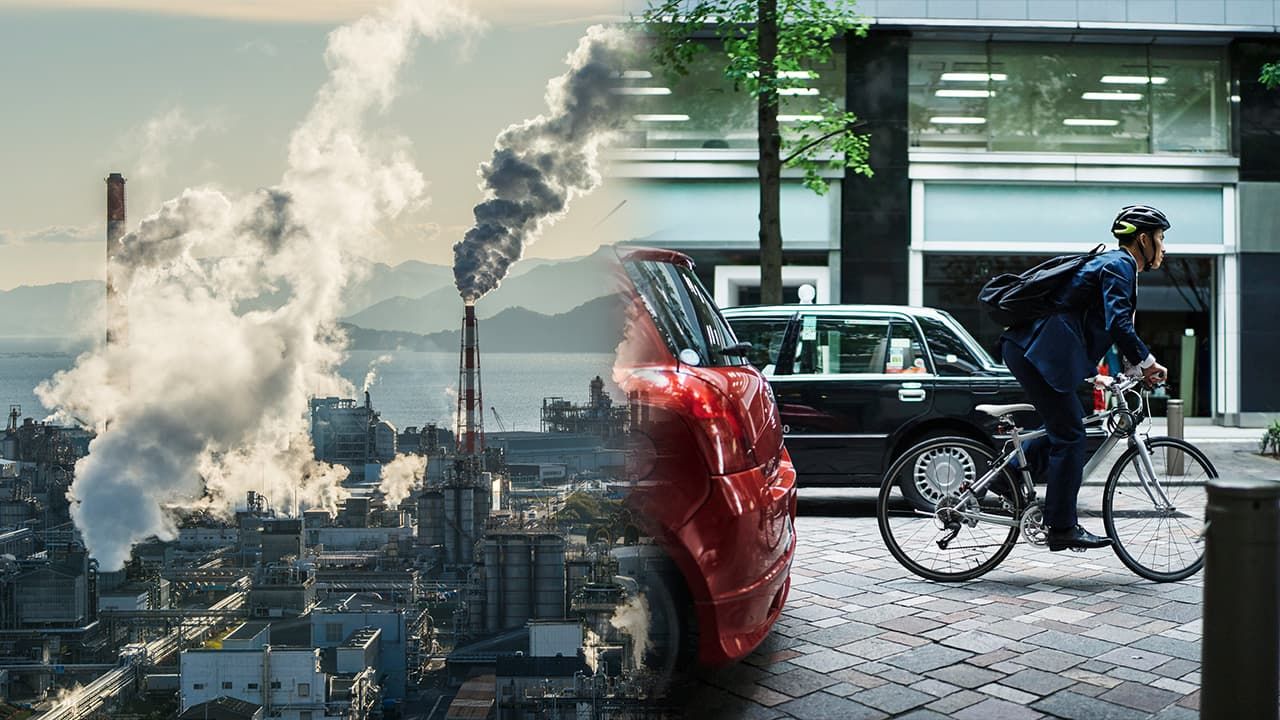 Learning from the Coronavirus Crisis: Building a Better Society for the “New Normal”

Society Lifestyle Environment Science Aug 7, 2020
Although there is still no end in sight to the COVID-19 pandemic, countries around the world are already starting to look to the future. What will our economies and societies look like when the crisis is eventually over? Many people believe that the world has a rare opportunity to build a better, more sustainable future, for people, economies, and the environment.

The Lessons of the Pandemic

The coronavirus crisis has transformed lives around the world, bringing illness to millions and death to hundreds of thousands of people. By the end of July 2020, 17 million infections had been confirmed worldwide, with at least 660,000 fatalities.

A healthy natural environment is the essential foundation on which human societies hope to build lives of safety and prosperity. In recent years, however, the global climate crisis and widespread deforestation, along with helter-skelter economic globalization, have shattered the equilibrium of natural ecosystems. This has increased the risk of contact with new, unknown viruses that can mutate to spread through human populations, causing new diseases. COVID-19 is already the third major outbreak caused by a novel coronavirus since the turn of the new millennium, following SARS (severe acute respiratory syndrome) and MERS (Middle East respiratory syndrome).

Many specialists are convinced that the ultimate explanation for the increasing frequency of such outbreaks in recent years lies with the devastation we have wrought on the natural environment. Breakneck development, overexploitation, and rampant climate change have altered patterns of contact between humans and wild animals, increasing the risk that viral pathogens will “cross over” and spread disease among human populations. And in today’s interconnected world, once these pathogens enter the human population in one region, the constant movement of people and goods across borders that is a characteristic of our globalized age means that a new virus can reach pandemic proportions with alarming and unprecedented speed.

The current crisis has also been exacerbated by air pollution, with studies at the Harvard University T.H. Chan School of Public Health showing a likely 15% increase in risk of COVID-19 mortality for people with long-term exposure to PM2.5 particulate matter and other pollutants in the air.

The coronavirus pandemic is a composite crisis. The situation we face today is the result of the destruction of the natural environment and inadequate crisis planning by societies and governments. The result threatens the very survival of the species. And the impact of this multifaceted, composite crisis is being made even worse by the inequalities and deep-rooted injustices in society.

The crisis has underlined the importance of assessing risk accurately, using scientific data, and taking adequate preparations based on this understanding. At the same time, science shows that the damage caused by climate change is likely to be much more severe and longer-lasting than anything caused by the current situation. To prevent things from deteriorating any further, it is essential that we learn from the crisis and act quickly to shift to a carbon-free society. Unfortunately, there are signs that the pandemic is having the opposite effect, prompting some governments to postpone necessary measures to address the problems associated with climate change. The fact is that COVID-19 and climate change are both serious issues that require a concerted and unified response from the international community. Failure to address these issues now could have dire consequences for the future of our species. Putting together an adequate response will require cooperation and coordination across the globe.

Epidemiologists say that since the underlying causes of the pandemic lie with the basic structure of the world’s economic systems, simply bringing the current crisis to an end will not be enough. Unless humanity succeeds in finding lasting solutions, it is almost inevitable that other, perhaps even deadlier, diseases will emerge in the future. From a long-term perspective, it is vital to think now about how we can make our economies and societies more resistant to these threats. We need to build a new type of society, one that reduces the risk of serious pandemics and enables us to avoid the worst effects of the climate crisis at the same time.

Hopes for a “Green Recovery”

One consequence of the coronavirus pandemic has been a fall in emissions of carbon dioxide and other greenhouse gases, alleviating air pollution around the world. At the United Nations and in Europe, discussions are already underway to ensure that this does not become merely a temporary reprieve. We need to seize this opportunity to make our economic systems more sustainable. Many influential figures around the world are calling for a “Green Recovery” and emphasizing the lead to “Build Back Better.” Leaders including the UN Secretary General, the head of the International Energy Agency, and CEOs of global companies have argued that simply restoring the status quo ante will not be enough. Instead, we should aim for a recovery that will put systems in place more resilient and sustainable than those we had before. The world’s emergence from the pandemic and economic shutdown offer an ideal opportunity to ensure that the economic measures we take will help to bring us closer to a carbon-free society.

Despite the recession, the European Union has promised that it remains resolute in its support for the European Green Deal. This is a growth strategy that aims to promote job creation and innovation while working to achieve cuts in greenhouse gas emissions at the same time. It seeks to balance the economy, production, and consumption with the environment and the need to make the economy work for the sake of people.

Governments around the world are already starting to look ahead toward medium- and long-term economic measures alongside the various emergency measures we have already seen, including business support schemes, furlough programs, and other programs to support workers and businesses in the short term and help the economy to recover from the devastating effects of the pandemic. These measures to lift economies out of the COVID-19 slump will be some of the biggest ever seen, and the content of these policies is likely to have a huge impact on the way societies look in the years to come. This is one reason why momentum is gathering around the world to ensure that recovery, when it comes, is a “green” one.

In fact, since long before the current crisis, measures to address climate change have aimed to encourage a shift to economic systems that can contribute to human happiness by making a better quality of life possible for more people through a switch to sustainable energy, higher energy and resource efficiency, and lifestyles that are less dependent on material consumption.

Increased public spending to address climate change should be regarded as an investment in our future. Indeed, it is quite likely to bring greater economic returns in the decades to come, through investment in sustainable infrastructure and development of new technology. But if reconstruction policies go no further than conventional economic stimulus packages like the ones we have seen in the past, including support for industries dependent on fossil fuels, bailouts for the aviation industry, and increased spending on new construction projects, any success they achieve will be short-lived. Although they may succeed in reviving the economy in the short term, in the longer term it is difficult to see how such policies will improve the prospects for substantive structural change or a shift to a carbon-free society. This is why any long-term economic recovery policies designed to lift the economy out of the pandemic-induced recession also need to contribute to moving us away from carbon dependence at the same time. We cannot afford to go back to the way we were before. We need to move forward toward a new society built on a “new normal.” 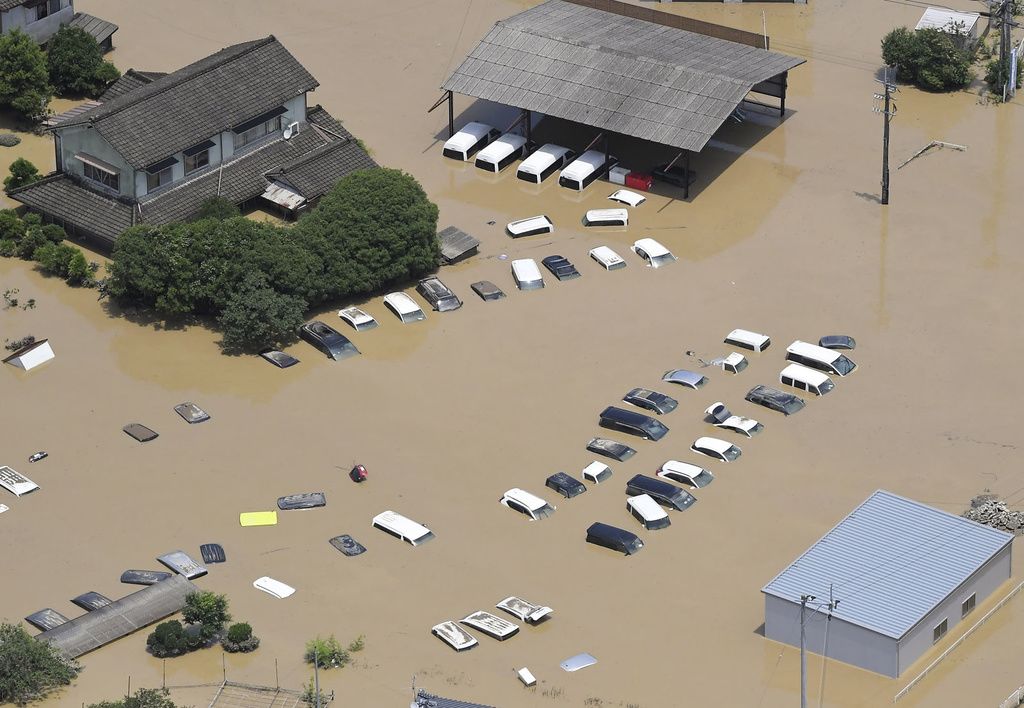 The New Normal in a Post-COVID-19 World

One noteworthy aspect of the EU Green Deal is that it does not aim simply to place limits on economic activity to protect the environment. Instead, the plan aims to use environmental measures to make local communities more resilient and sustainable in the face of climate change and infectious disease, and to help communities achieve better-quality economic growth. The pandemic has done nothing to change this plan—in fact, the crisis has only given it new momentum and brought innovative evolutionary twists.

In responding to the pandemic, countries around the world have been forced to shut down their financial and economic systems. Green Recovery aims to use this opportunity to put financial, human, and other resources into circulation in local communities to create more stable lifestyles and make those communities as independent and autonomous as possible. It is also likely that some form of brake will have to be applied to rampant globalization in the years to come.

Measures taken to curb the spread of infections have withered and paralyzed economies. But not all the effects have been negative. Measures like working from home, staggered commuting, and online meetings have led many people to adopt new workstyles that dramatically reduce the burden on the environment. Use of bicycles has increased in some cities, giving new momentum to campaigns to introduce proper cycle lanes and other provisions for cyclists. There is a growing movement that promotes the idea of “eating local” as a way of supporting local producers and achieving local autonomy in food production as much as possible.

This kind of shift to a new way of thinking will be vital if we are to make the best use of local resources to create more jobs in the community and economic systems that contribute to the quality of life and happiness of the people living there. It will be vital to build autonomous and diversified local communities in which the economy, the environment, and society are linked in a sustainable cycle. By tapping the potential of cutting-edge technology, these communities will reduce the energy and limited natural resources they consume in the cycles associated with the use of material objects and services in daily life.

The Japanese Government and the Paris Agreement

Meanwhile, many individual Japanese companies have been making positive steps. Growing numbers are joining RE100, a group of companies pledge to source 100% of their energy needs from renewable sources. Of the 235 companies that have signed this pledge worldwide, 34 are from Japan (as of June 6, 2020), including prominent corporations like Ricoh, Suntory, Aeon, Kao, Sony, Fujifilm, NEC, and Orix. Unless the national government shows a clear direction, however, it will be impossible for Japanese companies to take the lead in the international community. The Japanese government needs to strengthen its targets for reducing greenhouse gas emissions (a reduction of 40%–45% by 2030, and carbon neutrality by 2050), to undertake not to build any new coal-fired power polants in the country, to cut public funding for fossil fuel energy overseas, and to accelerate its efforts to encourage the wider take-up of renewable energy.

Japan and the world need to learn the lessons of the current crisis and make a smooth, quick transition into a new, sustainable, carbon-free society that does not rely on fossil fuels. This will mean shifting all the systems of our society—economy, technology, and lifestyles—to a new carbon-neutral and sustainable model. It goes without saying that this must be carried out in steady steps as part of an open and democratic process.