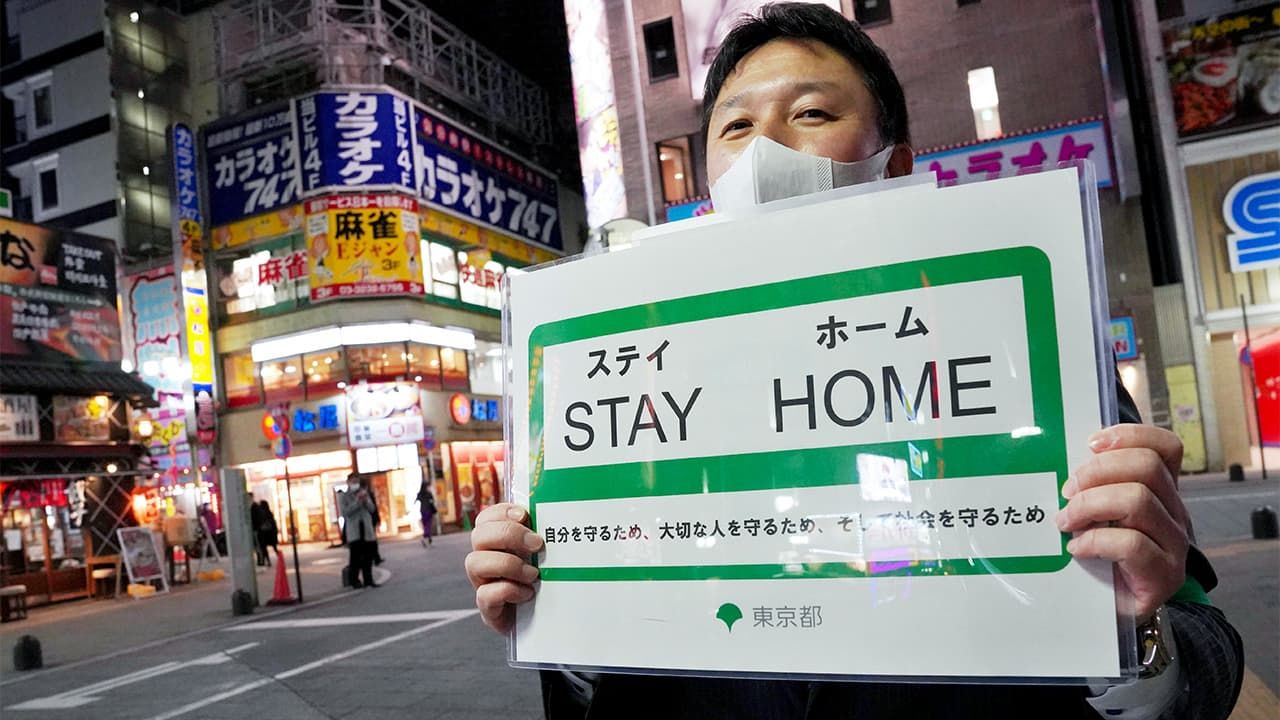 Obeying the Rules Around Us: The COVID-19 Pandemic’s Impact on Japanese Society

Society Aug 14, 2020
Cities around the world went into lockdown to stop the spread of the COVID-19 pandemic, with legal penalties for going out. Japan avoided harsh measures, instead issuing official requests for self-restraint and voluntary business closures. How did this work so well?

Seken Rules Over Legal Ones

The Japanese government’s response to the COVID-19 pandemic has focused attention on some unusual terms: jishuku, the “restraint” people are called on to show in deciding to stay at home, and yōsei, the governmental “appeals” to the public to refrain from going out or traveling. Both of these involve the idea of voluntary actions, rather than legal obligation. With this, Japan has leveraged the power of peer pressure in Japan’s seken—a traditional, communal societal structure.

The Japanese word seken sometimes corresponds to “society,” “community,” or even the “world” around us, but it actually represents a particularly Japanese idea that evades simple translation. Historically, the phenomenon did exist in Europe, but urbanization and Christianization in the eleventh and twelfth centuries introduced and reinforced the concept of the individual, and so ended the communal seken, replacing it with a more modern conception of “society” as a group of individuals. Such a society is restrained by legal rules. However, Japan never went through the process of individualization that occurred in the West, so the traditional, communal seken survives. As such, the term now reflects a particular power dynamic and order that appears whenever Japanese people gather in a group.

The history of seken in Japan is long. The concept is mentioned in the Man’yōshū, a book of poems collected at the end of the Nara Period (710–794 CE). The poet Yamanoue no Okura (660–733) wrote, “The world where we dwell may be harsh and withering, but I cannot fly from it, for I am no bird.” The idea of shame, in particular, reflects the oppressive force of rules imposed by seken (“this world”). Modern Japanese people still find themselves bound by intricate seken rules that are not found in Western societies.

For example, after the Great East Japan Earthquake of 2011, members of the international media expressed astonishment at the calm behavior of the victims in their evacuation shelters, and at the lack of any widespread rioting or looting. Even when the rule of law is absent in Japan, the community built in evacuation shelters results in a new seken, and the rules it imposes help constrain any outbreaks of unrest.

Western responses to the COVID-19 pandemic have generally included cities going into lockdown, with bans on going out that include legal penalties. They do, however, offer compensation for lost work. The reasons for the strong response is that in Western societies, the people generally don’t obey government orders without legal backing.

In Japan, however, there were no bans, no penalties, and no lockdowns. The voluntary stay-at-home requests (jishuku) and voluntary business closure requests (yōsei) issued with the state of emergency declaration were quite loose, and lacked sufficient compensation for lost work. Still, despite no strong legal enforcement, the number of infected began to drop and the state of emergency was eventually lifted at the end of May. Arguably, the effectiveness of those measures came down to the pressure of the public eye. Those who didn’t comply with official requests, and failed to show self-restraint, were blasted as “KY” (short for kūki o yomu, to “read the situation”), meaning that others demanded they follow the rules of seken, in a powerful application of peer pressure.

Punishment by the Self-Restraint Police

The greatest danger of the novel coronavirus is the risk of spread by asymptomatic carriers. Since we cannot know who is a carrier, everyone becomes a potential infection vector, and so society becomes suspicious, anxious, and fearful. As a result, Japan offered an example of Thomas Hobbes’s “war of all against all,” where anyone who refused to follow the new rules was subjected to public shunning and bashing.

The ultimate expression of that was the fury of the so-called jishuku keisatsu, or self-restraint police, a new phenomenon of society in the COVID-19 crisis. The term was used to refer to people who, even though they themselves had not been harmed, made anonymous threats, protests, and even official complaints against shops or groups that did not comply with the official requests. What could cause such behavior, at times bordering on civil rights violations?

The reason can be seen in Japanese child-rearing, which is aimed at bringing up children who don’t cause trouble, and who are mindful of seken-tei (public appearances). This makes them particularly vulnerable to the power of peer pressure. Such education is quite different from the way Western children are raised to be highly individualistic. The natural sense of seken this creates, then, means that when people see others acting against the public good, they feel personally harmed—even when there is no direct impact. When that is combined with an innate sense of justice, it engenders fierce indignation toward perceived troublemakers. The results are, as we have seen, official complaints, protests, and threats. The perceived justification is that causing trouble for the seken is the worst possible offense.

The actions of these jishuku keisatsu are, in reality, parallel to legal penalties. Just as the rule of law has no power without the threat of penalty behind it, in Japan, those who break the rules of seken are seen as offenders deserving of punishment to be meted out by the seken itself. This occurs even when no legal penalty is warranted, and regardless of any consideration of human rights or civil liberties.

The exceedingly long history of the seken means it is deeply entwined with traditional folk beliefs and superstition. That worldview considers illness a kind of kegare—a traditional concept of pollution or defilement—which must be forced out to purify the seken. As a result, the discrimination faced by the ill and their families is unusually strong compared to the West.

As fear and anxiety over the COVID-19 pandemic spread, the infected and their families face unprecedented social shunning, discrimination, and criticism in Japan. Reports of harassment include people throwing stones at victims’ families, or defacing the walls of their houses. Seken lies in the background of these behaviors, too. As the Japanese proverb about the nail that sticks out getting hammered down shows, Japanese seken values homogeneity and thus enforces a natural kind of egalitarianism, at the same time carrying a powerful sense of in-group and out-group. Anyone who shows difference, especially a negative difference like kegare, is deemed “other,” and must pushed out of the seken.

Interestingly, the concern for kegare has had some benefits. Recently, one prevailing theory about Japan’s relatively low death rate from COVID-19 is the rate of mask-wearing here. There is as yet no medical proof, but many believe that masks offer an effective impediment to more widespread transmission.

Prior to the COVID-19 pandemic, public mask-wearing was almost unheard of in the West. However, masks have been a common measure against hay fever and colds in Japan since their adoption during the influenza pandemic that began in 1918. With the creation of more fashionable masks in the early 2000s, which had absolutely nothing to do with health, they suddenly became enormously popular. Unlike in other countries around the world, it appears there was never any psychological resistance to wearing masks in Japan.

At the heart of this receptiveness is a sense that the outside world is a source of kegare; thus, people have a desire to protect themselves from its contamination. In other words, wearing a mask is an expression of the desire to separate the unclean outside from the pure inside, a particularly Japanese way of thinking. This is also the reason that, whenever Japanese people move from outside to inside (such as when they return home), they remove their shoes, wash their hands, and gargle.

It seems that the traditional understanding of kegare, which serves as a basis for seken rules, has contributed to keeping Japan’s death toll from COVID-19 much lower than the West’s. Unfortunately, we must also remember that part of the context for that does include the powerful peer pressure enacted by the seken, including discrimination and other negative behaviors.

(Originally published in Japanese. Banner photo: A Tokyo metropolitan official makes a public appeal for self-restraint to help stop the spread of the COVID-19 pandemic in Shinjuku’s Kabukichō entertainment district as part of the declaration of a state of emergency on April 10. © Jiji.)