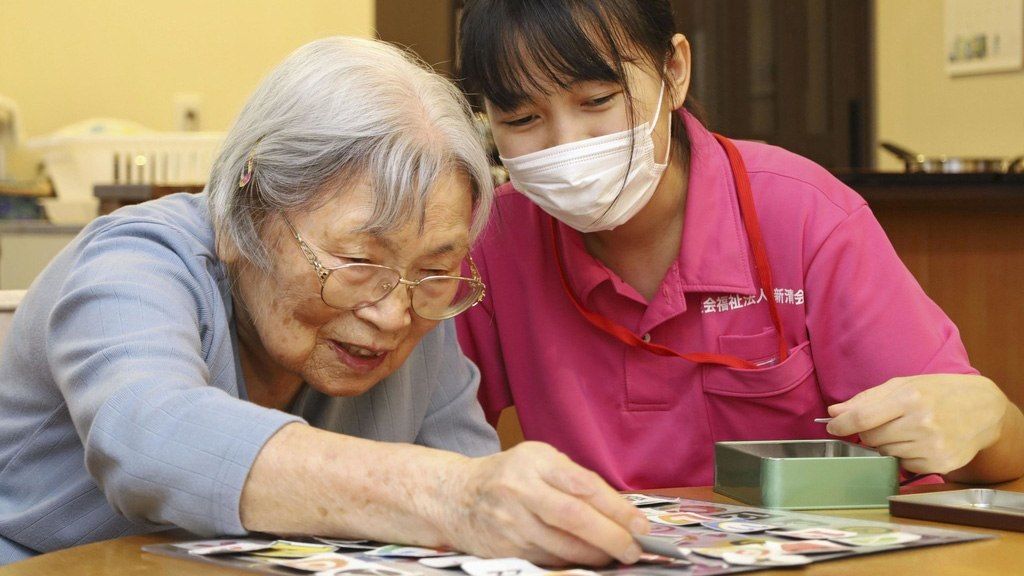 JICA Embarks upon Support for Foreign Workers in Japan

Society Lifestyle Work Dec 21, 2020
Many industries in Japan are no longer viable without foreign labor. With the rapid increase in workers entering the country under the technical intern trainee program, the Japan International Cooperation Agency has begun offering its support.

The COVID-19 pandemic has put the brakes on international travel, and government debate on the intake of foreign labor is also paused. But the establishment of a new platform by the Japan International Cooperation Agency aims to develop a society that is more responsible and inclusive towards migrant workers.

Faced with a declining population, the Japanese government has promoted greater workforce engagement of women and the elderly, but has failed to develop coherent immigration policies. By the end of 2019, Japan’s foreign population had grown to 2.93 million. In April 2019, the first official system providing a status of residence for blue collar workers with special skills was introduced, under the administration of Abe Shinzō. But there was no change in actual policy towards immigration. With no clear approach concerning the intake of foreign labor, this hot potato has been passed on to Suga Yoshihide, the new prime minister.

On November 16, 2020, JICA initiated a new body, the Japan Platform for Migrant Workers towards Responsible and Inclusive Society (also known as JP Mirai), bringing together local governments, employers, NPOs, and others to address foreign labor issues. Corporate members include big names such as Toyota, Aeon, Seven & i Holdings, SoftBank, Asics, and Miki House. Together, they are seeking regulatory compliance and appropriate consideration towards foreign workers from members, their supply chains, and related businesses.

The background to so many companies joining the platform is the increasing reliance of Japanese businesses on foreign labor as the population declines, combined with growing awareness of supply chain management that incorporates United Nations Sustainable Development Goals. A symposium was convened at the time of JP Mirai’s establishment, which discussed matters including the handling of technical intern trainees by businesses, and employment issues at supply chain affiliates.

There was input from Governor Yamamoto Ichita of Gunma Prefecture, which is home to many Japanese-Brazilians, and Mayor Shimizu Masayoshi of Ōta in Gunma prefecture, who spoke in person. Shimizu described the growing shift towards permanent residency among migrant workers, who are now indispensable to major automotive maker Subaru and other manufacturers in Ōta.

Another speaker, Phi Hoa, originally from Vietnam, undertook postgraduate studies at Osaka University under government sponsorship before joining Deloitte Tohmatsu, where she helped Japanese companies expanding into Vietnam. She later established One-Value, which provides Vietnam-related business consulting and human resource services for numerous Japanese companies. Phi Hoa described cases of foreign residents who lost their jobs during the COVID-19 pandemic and, faced with debt repayments to intermediaries, turned to crime to secure food to eat. She implored the Japanese government to cut out the middlemen, who she claimed extract exorbitant brokerage fees, and instead, to provide better mechanisms to support the livelihoods of migrants, including Japanese language schooling.

JICA President Kitaoka Shin’ichi alluded to government immigration policy, while emphasizing the need for changes to Japanese society. Diet member and chairperson of the LDP’s Special Committee on Foreign Workers, Katayama Satsuki, identified the importance of providing support for foreign workers during the pandemic, and expressed high hopes in JICA and the new platform.

Migrants are in JICA’s DNA

Why has JICA branched out to provide support for foreign residents in Japan, beyond its conventional role in international cooperation? JICA is the body responsible for implementing Japan’s official development assistance, and works to improve the livelihoods of people in developing nations. But no matter how much effort is made within these countries, the positive impact can be negated by social media posts from the over 400,000 technical intern trainees living in Japan, some of whom suffer substandard work conditions at shady employers. In this age where the relocation of global talent is a given, JICA can no longer limit the scope of its activities to developing nations.

Prior to JICA’s establishment in 1974, one of its predecessors, Japan Emigration Service, was engaged in assisting Japanese migrate to South America, and this became part of JICA’s history and its DNA. Other factors leading to JICA establishing JP Mirai were past collaboration between its Japanese branches and local authorities in regional development; and expectations that Japan’s ODA will dwindle in the future. Furthermore, it provides the opportunity to create work for former participants in its Japan Overseas Cooperation Volunteers program, assisting foreign residents in Japan.

Changing Relationship between Japan and ASEAN

The relationship between Japan and the Association of Southeast Asian Nations  has also transformed from a vertical to a horizontal one, which has brought about new roles for JICA. Aside from Chinese and Koreans, a large proportion of foreign residents in Japan come from ASEAN countries, and their number is noticeably increasing. While Japan’s economy remains stagnant, ASEAN nations continue to enjoy favorable economic growth. ASEAN’s combined gross domestic product looks likely to surpass that of Japan in the mid-2020s.

Should that happen, the relationship will shift from one where Japan provides unilateral technical support to a partnership where each side compensates for the other’s deficiencies. Japan’s present weakness lies in its diminishing and aging population due to a decline in the number of births. Welcoming talented youth from ASEAN countries, engaging them, and encouraging them to take up permanent residence could inject new vitality to Japan, creating a talent pool to underpin Japanese society.

As the Japan-ASEAN relationship becomes increasingly equal, expanded grassroots-level personal interaction will no doubt also provide great stimulation for Japanese youth. In such times, JICA should transcend its role in simply transferring technology to developing nations, and act as a bridge between Japan, ASEAN, and developing nations. It can encourage interaction between citizens, including mediation in the opening of sister city relations. No doubt such new forms of assistance that eclipse the conventional hierarchical ODA model will attract much global interest for Japan.

JP Mirai provides a groundbreaking forum where government, corporations and NPOs can directly listen to migrant workers, and transcend conventional boundaries to discuss issues and solutions for the future.

With the growing global trend of investment based on environmental, social, and governance factors, and the UN SDGs, the platform provides the impetus for more widespread debate among corporations on proactively adopting a responsible approach to hiring foreign labor. Consequently, there are growing hopes for revision on the technical intern trainee program.

Technical intern trainees comprise the majority of foreign residents in 20 of Japan’s 47 prefectures, and their number is growing nationwide. Numerous municipalities have conducted activities aimed at local residents, including Japanese language instruction and help with everyday activities. However, they do not give any support to trainees, seeing it as unnecessary, as they regard trainees as being under the direct support and control of the companies they work for. The significance of the platform for local authorities lies in providing an opportunity to discuss issues with businesses and to bolster collaboration. Hopefully, this will lead to greater support for technical intern trainees by municipalities, beyond superficial multiculturalism.

While the COVID-19 pandemic has highlighted the ambiguity of the Japanese government’s immigration policy, the launch of JICA’s platform is sure to trigger national discussion on the issue after the current crisis settles.

Review of the special skills system is scheduled for April 2021, one year after its launch. I hope that deliberations and proposals made under this new platform’s auspices may prompt a new approach aimed at developing genuine immigration policies.