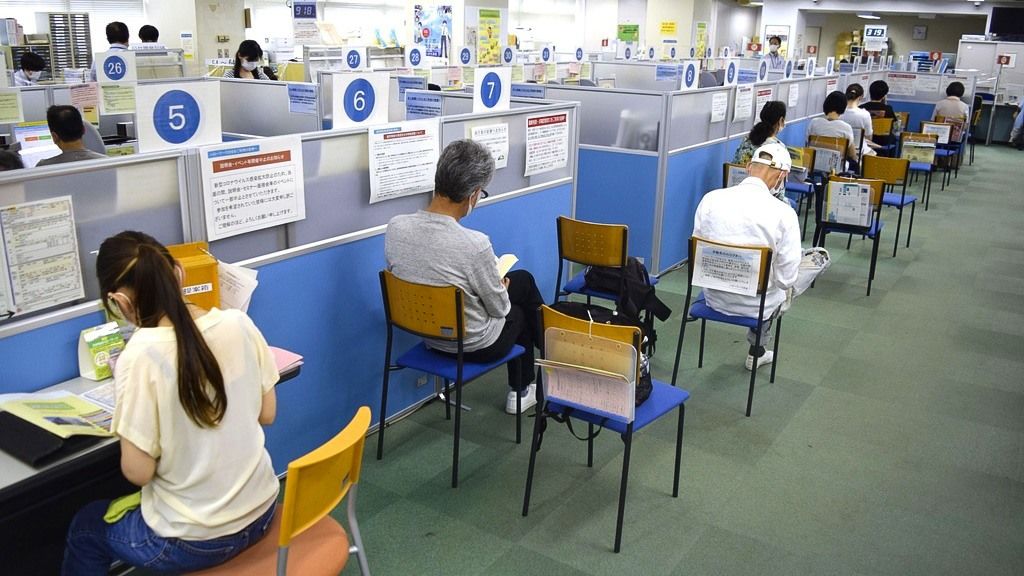 Warding Off Unemployment in a COVID-Stricken Economy

Economy Work Society Jan 21, 2021
The economic impact of the pandemic is causing job losses in countries around the world. The Japanese government’s response includes promotion of an initiative under which understaffed enterprises “rent” employees from overstaffed counterparts. By promoting labor mobility, this arrangement helps prevent unemployment.

About a year has passed since the first cases of COVID-19 were confirmed in the city of Wuhan, China. Initially the new coronavirus was seen as a domestic Chinese concern, but in March 2020 it spread to Europe, and presently the disease developed into a global pandemic. In April, the Japanese government declared a state of emergency in response to the spread of the virus. The declaration was lifted in May, and subsequently the administration implemented a “Go To” campaign consisting of programs aimed at stimulating the hard-hit economy by offering substantial financial incentives for people to take trips, eat out, and patronize local shops. But in the fall the pandemic surged in Japan again, and the campaign had to be curtailed. It was feared that the promotion of travel would abet the rapid spread of the virus, leading to sharp growth in severe cases among seniors and other high-risk groups, a development that could overwhelm the country’s medical facilities.

Until the disease is brought under control by effective treatments and vaccines, people will face limitations on what they can do, and economic activity will also be constrained. Meanwhile, the pandemic is causing job losses in countries around the world. In the United States, the unemployment rate rose by more than 10 points in April alone; after that the figure declined, but as of October it still stood at 6.9%. In Germany, joblessness had risen to 4.6% in September, up by over 1 point from the pre-pandemic level in February.

Japan’s official employment figures paint a better picture: In November the jobless rate was a low 2.9%, having risen by only 0.5 points since February. But this is not the whole story. In April the number of people with jobs fell by more than 1 million—a drop that took several months to occur in the recession after the collapse of Lehman Brothers in 2008. The majority of those thrown out of work were nonregular employees, including young people, women in the child-raising age cohort, and seniors.

The reason for the disparity is that the unemployment rate measures joblessness not by counting all people out of work, but by counting only those who are currently seeking work. This reflects the conventional perception from the past that the unemployed category includes few household heads (breadwinners). Since most of those in this category do not urgently need to find a new job, the thinking goes, they need not be counted as unemployed.

In recent years, however, we have seen growth in the numbers of those who, while not being conventional male breadwinners, do need to earn money—for example, college students whose parents do not support them financially, married women whose husbands have low incomes, and old people who cannot get by just on their pensions. The impact of a downturn that causes jobs for people like these to dry up is considerable. Though the numbers of people finding themselves out of work have decreased considerably from the levels hit earlier during the pandemic, they are still higher than normal. And unless economic activity picks up substantially, we are liable to see a rise in the official unemployment rate as well.

No Quick Relief for the Economy from Vaccines

In order to judge the prospects for employment, we need to gauge the prospects for the economy. The biggest factor is the future course of the pandemic. In this connection, the news that major Western pharmaceutical companies have developed effective vaccines is encouraging. The vaccination program will be unprecedented in scale, and there are some unknowns, such as the risk of side effects. But as the process continues, the number of people with immunity to the virus will grow, and if we can just get through this winter, it should become possible to pump up economic activity starting next spring.

Even if the COVID-19 pandemic winds down, though, it will probably take several years for the economy to recover to its prepandemic level. This is because the virus has changed the shape of the global economy. The confrontation between the United States and China has become intractable, and the pace of growth in global trade is bound to lag as a result. Meanwhile, national governments around the world have spent massively on measures to cope with the pandemic, and the need for them to tighten their belts will likely hold down the economic growth rate and restrain the expansion of imports. This will be bad news for Japan, which depends heavily on external demand.

The accelerated process of digitalization will also have a major impact. The rise in online shopping and remote work will lead to changes in the siting and operation of physical stores and offices, and it will also affect distribution and public transportation. We will see the fusion of existing enterprises and the emergence of new businesses that transcend the dividing lines between industries; such developments will bring restructuring and regrouping in every field of economic activity. If sales remain below past levels for some time to come, existing businesses will be under strong pressure to improve their efficiency, and we can expect increased numbers of mergers, acquisitions, bankruptcies, and closures.

Under these conditions, the employment picture is likely to remain bleak over the year to come. Businesses will feel pressed to cut jobs in order to improve their financial performance. Before the pandemic hit, new graduates entering the job market were in high demand and could choose among would-be employers. But henceforth they may find it difficult to land jobs.

The administration has responded promptly to this situation with measures including the payment of employment adjustment subsidies. These subsidies cover a portion of the leave compensation that employers pay to surplus workers that they keep on their rolls during a business downturn. In response to the pandemic, the government greatly increased the share of leave compensation that is subsidized under this program and streamlined the application procedures. In addition, it implemented a program providing direct payments to workers laid off by small businesses that are unable to pay them leave compensation.

These measures have helped keep Japan’s unemployment rate low, but they are targeted only at those in regular employment. The many people in the non-regular category are not eligible for this support. Large numbers of non-regular workers have lost their jobs, and if the employment picture continues to be poor, they are liable to run out of money. Since their term of eligibility for unemployment benefits is short, they may be reduced to destitution.

In the wake of the recession that struck in 2008, the government set up a program of support for job seekers, offering a combination of occupational training and financial aid. But there are limits to the amount of effective training that can be provided, and the program cannot be greatly expanded. Even those whose jobs are not in jeopardy face the risk of straitened circumstances resulting from reductions in their pay—notably cuts in their summer and winter bonuses.

European countries commonly have a second tier of benefits for the jobless, positioned between unemployment insurance and livelihood assistance, but Japan is deficient in this area. This is an inadequacy in our country’s safety net. We should implement a program to provide financial support for jobless people who are not eligible for unemployment benefits and are actively looking for work.

Another problem with employment adjustment subsidies is that, if implemented for an extended period, they delay shifts in the structure of industry and employment and keep zombie corporations alive, thereby setting the stage for future bankruptcies. They are also liable to depress the economic growth rate. The United States’ ability to achieve strong recoveries and thereby create new jobs following downturns that cause temporary spikes in the unemployment rate can be attributed to the fact that it does not provide subsidies of this sort. In the absence of such benefits, workers move from industries in decline to ones that are growing.

This does not mean that Japan should immediately ditch its subsidies. The situation here is different from that in the United States. There, the existence of occupation-based associations allows people to advance their careers on their own initiative. Also, community colleges provide opportunities for people who have failed in one field to gear up for a second start. Another point to note is that the US model has led to widening gaps in income, with many people failing to enjoy the benefits of economic growth.

In this context, a new approach is gaining attention in Japan. This is the temporary sharing of human resources by companies that have surplus employees with those that have labor shortages. This “employee rental” arrangement allows companies that are experiencing difficulties to keep their currently unneeded staff on their employment rolls in anticipation of a post-pandemic recovery, and it eases the financial worries of workers who might otherwise become jobless. In addition, it offers workers the opportunity to acquire new skills and know-how, thereby supporting the unemployment-free movement of labor from fields that are contracting to ones that are on the rise. This can help in the creation of new businesses, and it may also provide impetus for the fusion of existing industries.

Based on a December 8 cabinet decision, the government has beefed up the functioning of the Industrial Employment Stabilization Center of Japan in matching companies wanting to trim their payrolls with ones looking for additional workers. It has also created a new system of subsidies. In order for these measures to produce good results, private-sector entities will need to make active use of them. Let us hope that the public and private sectors will promote these initiatives through cooperation transcending industrial and regional boundaries.