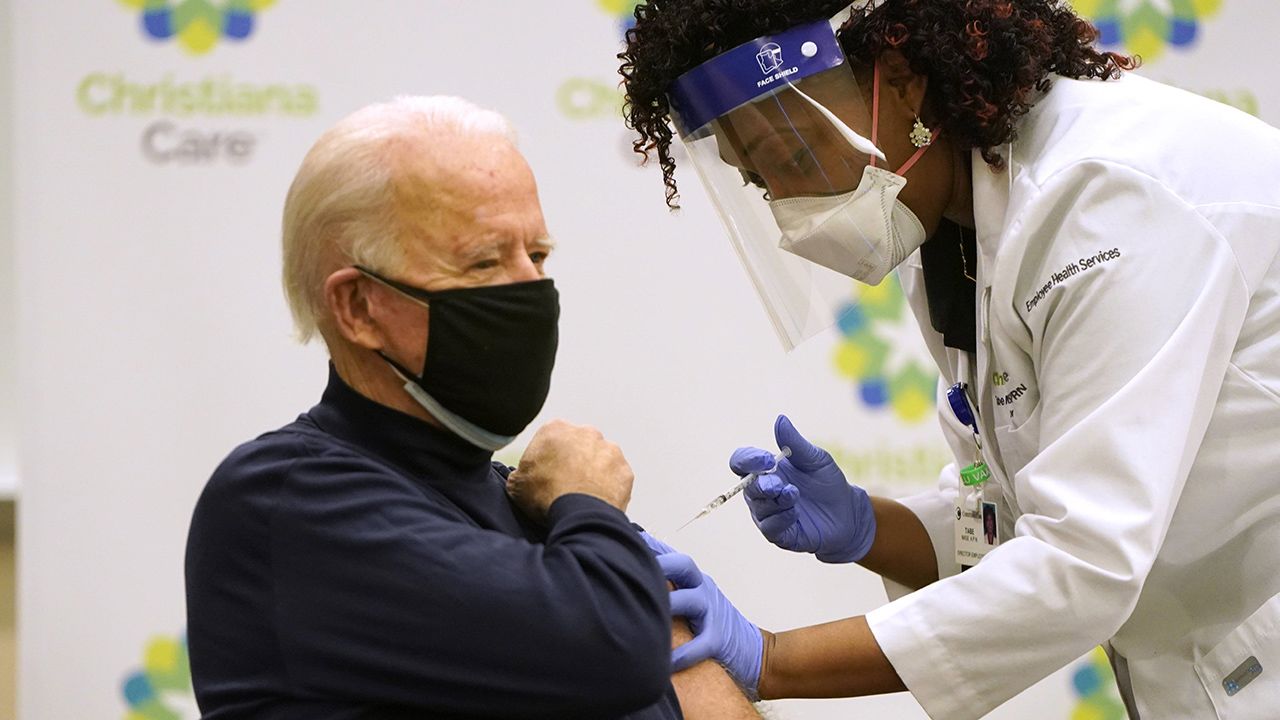 Politics Society Feb 16, 2021
As other countries forge ahead to get their people vaccinated, Japan has yet to get started, and the general public is not likely to have access to a vaccine until May or June. Deep-rooted concerns about safety are one reason for the delay, but a lack of domestic firms capable of developing a vaccine and a poorly structured approval system for new drugs are also factors.

Countries around the world have been moving quickly to get their people inoculated, convinced that a vaccine is the key to overcoming the COVID-19 pandemic. According to a website compiled by Nikkei and the Financial Times that charts coronavirus vaccinations around the world, as of January 26, 2021, the US led the world with a cumulative total of nearly 22 million COVID-19 vaccine doses administered. Just one week after inoculations began in the United States on December 14, 2020, president-elect Joseph Biden publicly got the first of a two-dose vaccine as part of a drive to reassure the American public of the vaccine’s safety.

The second country in cumulative total inoculations as of January 26, 2021, is China, at 15 million. China is offering its own vaccine as part of a “vaccine diplomacy” effort directed at the countries of Southeast Asia and other parts of the world.

In third place is Britain, with more than 7 million accumulated vaccinations administered. Queen Elizabeth, it was announced, was inoculated on January 9, 2021.

Finally, in fourth place in the global rankings is Israel, with almost 4 million inoculations, administered at a much faster pace than anywhere else. With 42.3 inoculations per million people, Israel stands at the top in terms of percentage of population vaccinated. On December 19, 2020, Prime Minister Benjamin Netanyahu was the first to be vaccinated in an ambitious drive to inoculate more than half the Israeli population by mid-March.

Other countries, including Germany, Italy, Russia, India, and Indonesia, had also launched their vaccination drives by mid-January.

As soon as the novel coronavirus genome sequence was made public in January 2020, major pharmaceutical companies in the United States and Britain promptly started producing vaccines for testing. The US government invested $10 billion in “Operation Warp Speed,” speeding up development with new technology capable of synthesizing the genetic material in large quantities in a short period of time.

Japan, for its part, currently plans to use vaccines developed by Pfizer, a major US pharmaceutical company, Moderna, a British company, and AstraZeneca PLC, a company headquartered in Britain. All three vaccines were approved in the United States and Europe back in December 2020 and are already in use.

The Pfizer and Moderna vaccines are believed to be more than 90% effective, meaning that the rate of infection among vaccinated test groups is 90% less than the rate among unvaccinated groups, effectively reducing the risk of infection by a factor of 10.

So why is Japan so late in getting its people vaccinated? Dr. Kunishima Hiroyuki, a professor at St. Marianna Medical University and director of its Center for Infectious Diseases, gives three reasons.

First, the Japanese people have traditionally been cautious about the safety and effectiveness of vaccines. While vaccines can provide immunity or lessen the severity of infectious diseases, there may also be undesirable and harmful reactions or side effects.

In the case of the coronavirus vaccines, reports range from mild side effects such as muscle pain, headache, and malaise, to anaphylactic shock, a severe allergic reaction that causes sudden drops in blood pressure and breathing difficulties.

Most countries have acknowledged that the full range of coronavirus vaccine side effects is still unknown, but they have hurried to get the vaccines approved on the basis that preventing infections from spreading any further is worth the risks. The Pfizer and Moderna vaccines, however, are a new type of vaccine made using the modified genetic information of the virus, and most of the clinical trial subjects were Caucasians, with only a small number of Asians.

Insisting that safety must be confirmed even if it means Japan will lag behind other countries in getting its population vaccinated, the Ministry of Health, Welfare, and Labor has required domestic clinical trials before any coronavirus vaccines can be approved for use in Japan. As a result, starting in October, Pfizer carried out clinical trials on 160 Japanese people, ranging in age from 20 to 85, and did not submit its application for approval to manufacture and sell its vaccine in Japan until December 18, 2020. While the Ministry of Health, Welfare, and Labor will take into consideration the data from clinical trials conducted overseas to accelerate its approval process for the three types of vaccines, final approval for Pfizer was not be given until after the data from its domestic trials became available in mid-January.

Memories are still fresh in Japan of the furor caused by reports of adverse reactions to a cervical cancer vaccine promoted by the government that resulted in lawsuits filed against the government and pharmaceutical companies. The fear that they may be criticized again for insufficient screening is thought to be one reason for the Ministry of Health’s cautious approach to the COVID-19 vaccines.

An Asahi Shimbun survey, reported in its January 25 edition, asked respondents what they would do if a vaccine was made available for free. While 21% said they would get vaccinated right away, 70% said they would prefer to wait, and 8% said they did not want to be vaccinated. It would seem the Japanese are as leery of the new medicine as they have been of other vaccines in the past.

The second and third reasons given by Dr. Kunishima for Japan’s delay in implementing a vaccination program are that Japan has few pharmaceutical companies or start-ups capable of developing drugs for infectious and other rare diseases, and that the country’s system for implementing clinical trials for new drugs at medical institutions is tenuous at best.

Up to about a half-century ago vaccine research and production was quite robust in Japan, but now there are fewer children with the declining birthrate to be vaccinated and the growing frequency of lawsuits related to vaccines have combined to weaken the Japanese vaccine industry as a whole. There are few pharmaceutical companies today that are willing to undertake the development and manufacture of vaccines for infectious diseases that appear suddenly and tend to fade away by the time a vaccine is finally ready to be distributed.

An outcome of this is that more than half of the vaccines currently used in Japan are imported, something that will also be the case for the COVID-19 vaccines. The slower Japan is in securing a supply of vaccines from other countries the more delay there will be in getting the Japanese population inoculated.

That is not to say no one in Japan is working on developing a coronavirus vaccine. AnGes, a start-up company, and Shionogi and Company, one of Japan’s major pharmaceutical firms, have both reached the stage of clinical trials for their coronavirus vaccines, and another major drugmaker, Daiichi Sankyō, is also working on domestic production of a vaccine. Still, none of these are ready yet to enter production. Nevertheless, the release of a domestically developed vaccine will be essential to protect the health and welfare of the Japanese people, and the government will need to support these kinds of efforts.

Given Japan’s weak system of clinical trials for vaccines, it is all the more imperative given the current urgency to create a flexible and swift screening system for approving new versions. With Japan slated to host the Olympics in Tokyo this year, it is all the more urgent that the country act promptly to bring the pandemic to an end. Safety is important, of course, but it should still be possible to waive some of the steps in the new drug screening process to get a vaccination program launched as soon as possible.

These same arguments were made in a five-point statement issued by four Japanese recipients of the Nobel Prize in medicine—Yamanaka Shin’ya, Ōmura Satoshi, Ōsumi Yoshinori, and Honjo Tasuku—in response to the second state of emergency announced for Tokyo on January 8.

The Nobel laureates called for the government to provide greater support for collaboration between the life sciences and industry that would lead to the development of vaccines and therapeutic drugs, and urged that the screening and approval processes for these solutions be accelerated while maintaining independence and transparency.

The battle against viruses continues, and there will surely be more pandemics. Japan’s delay in getting vaccines to its people has exposed the many problems that need to be addressed before there can be safe, domestically produced Japanese-brand vaccines.