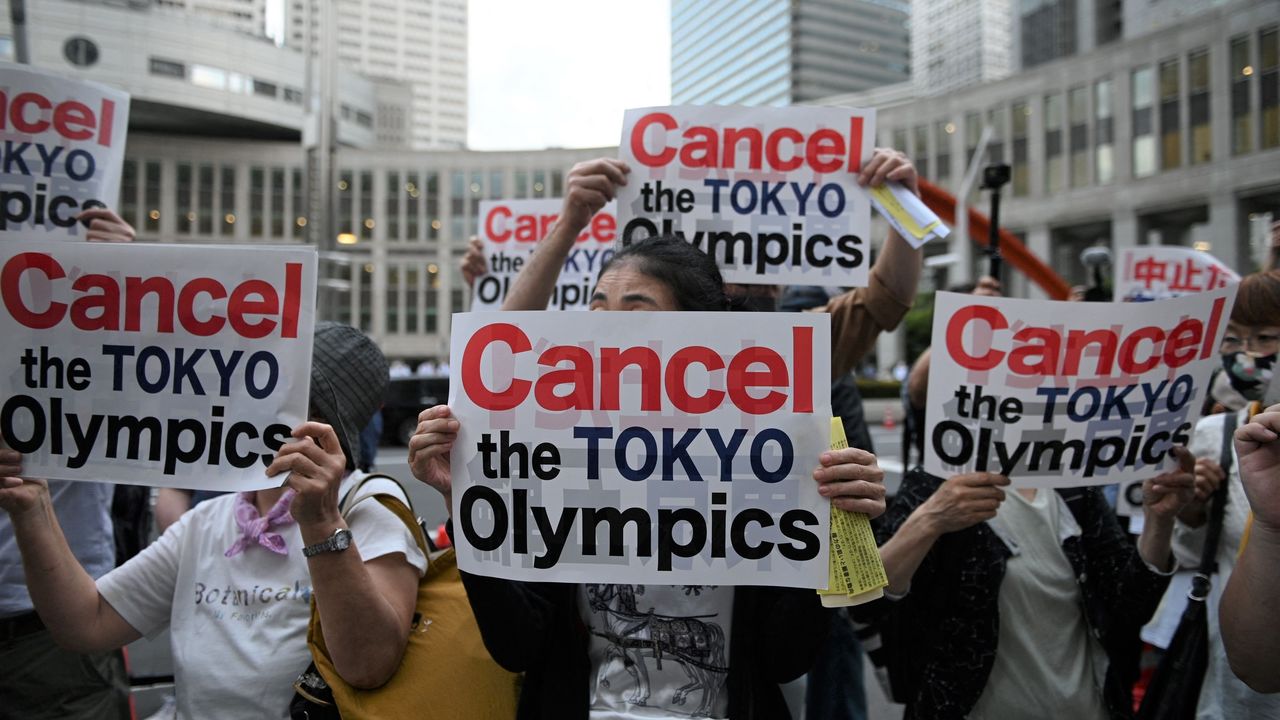 Why the Anti-Olympic Movement is Gaining Momentum

Lifestyle Tokyo 2020 World Society Politics Jul 21, 2021
The Tokyo Olympics are almost upon us, and yet calls to cancel the games remain unabated. Today’s anti-Olympic activism transcends national borders and is motivated by more than just concerns about COVID-19.

On June 23, exactly a month before the Tokyo 2020 opening ceremony, a large crowd formed in front of the Tokyo Metropolitan Government Building, calling for the Olympics to be cancelled. A total of eight Japanese organizations participated, including No Olympics 2020 and Orinpikku Saigai Okotowari Renrakukai (Network of Opposition to the Olympic Disaster). Simultaneous No Olympics Day demonstrations were also held in 2024 and 2028 host cities Paris and Los Angeles.

June 23 is actually supposed to be Olympic Day, an occasion to commemorate the establishment of the International Olympic Committee on that date in 1894. This year, however, the usual celebratory concerts and jogging events were cancelled due to COVID-19. It was in these circumstances that the No Olympics Day protests went ahead, with dramatic placards reading “Don’t Allow this Festival of Sacrifice” and “The Games will Kill Us.”

In a speech at the Tokyo protest, one organizer criticized the fact that the games were going ahead despite the COVID-19 pandemic. Referencing the way residents of the Kasumigaoka Apartments were evicted so the new National Stadium could be built, and the fact that, 10 years on, Fukushima has still not recovered from the aftermath of the nuclear disaster, belying the billing of the games as a “recovery Olympics,” she said, “The Olympic torch is travelling around the country in a display of commercialism. We and our friends around Japan and the rest of the world are calling for the Tokyo Olympics to be cancelled.”

This is by no means the first time the Olympics have met organized opposition. A well-known example is that of Denver, Colorado, which was scheduled to host the 1976 Winter Olympics. However, the backlash against environmental destruction and excessive taxes resulted in a rejection of the games in a referendum held on the matter. Denver pulled out four years before the games, which were held in the Austrian city of Innsbruck instead.

At the 1998 Nagano winter games, too, criticism from environmental groups resulted in the men’s downhill skiing course being relocated from Iwasugeyama in the Shiga Kōgen area to Happō-one in Hakuba. Even after the change, disputes continued to rage between the organizing committee and the International Ski Federation over whether the starting line should be allowed to be placed in a designated national park area at the top of the ski slopes.

Recent years have seen a spate of prospective host cities abandoning their bids in the wake of opposition from residents. Hamburg, Rome, and Budapest all withdrew their bids to host the 2024 summer games. In Hamburg, a majority of locals voted against the games, while in Rome, a newly elected mayor said she was withdrawing the city’s bird. A powerful groundswell of opposition was reported in Budapest as well. In all cases, concerns about the enormous financial burden of the games were behind the protests.

Thus, opposition on environmental or financial grounds is nothing new. What makes the current movement special is the solidarity between anti-Olympic movements in different host cities. In Paris, there were protests against the digging up of the Aubervilliers Workers’ Gardens in order to construct a practice pool for the 2024 games. Nearly a century old, these gardens are used by economically disadvantaged people to grow vegetables. The speakers at the Tokyo March talked about the Paris situation.

In Los Angeles, too, an organization calling itself NOlympics LA has held protests calling for the cancellation of the Tokyo events. In its statement, the group argues: “the Tokyo 2020 Olympics were illegitimate and ruined lives well before anyone knew what COVID was.” In reference to the situation in Los Angeles, it also notes: “we know firsthand what the Olympics did to poor, Black and brown, and other underserved communities in 1932 and in 1984.”

In addition to the Paris and Los Angeles groups, a group in Pyeongchang, South Korea, which hosted the 2018 Winter Olympics, is also protesting in solidarity with Japanese protesters. This group is calling for the IOC and the Olympics as a whole to be abolished.

We live in an age when it is easy to connect to people around the world via social media, smoothing the way for movements in different countries to unite and grow. This is the reason that residents’ movements have become more significant. But what do those who protest the Olympics want? When you connect the movements in different countries, you get the impression that there is a common theme.

In his book NOlympians: Inside the Fight Against Capitalist Mega-Sports in Los Angeles, Tokyo, and Beyond, US political scientist Jules Boykoff looks at the links between the anti-Olympics movement and social activism.

The United States is home to many active political movements, from Black Lives Matter to #MeToo, a reflection of social injustice in the form of racial and ethnic discrimination and class oppression. The people involved in the anti-Olympic movement appear to share similar views. For example, one of the groups behind Japan’s anti-Olympic movement is calling for the abolition of discrimination against women. Others in the protest talked about nuclear power and the health system.

Boykoff refers to the current state of affairs surrounding the Olympics as “celebration capitalism,” saying that commercialism and nationalism exploit the celebration that is the Olympics for profit and advantage. He says that this has led the festivities to accelerate, causing the games to become increasingly bloated.

Meanwhile, the Olympics ignore the victims of discrimination, the poor, and the socially disadvantaged. That may be the reality of the games. Despite enduring restrictions on what they can do as a result of the pandemic, Tokyo residents are about to have an event forced upon them that will be extremely profitable to the IOC but casts scarcely a sidelong glance at concerns about fresh COVID-19 outbreaks. In his book, Boykoff makes the following strongly-worded statement.

“The postponement to the Tokyo Olympics due to coronavirus thrusts into the light of day what critics of the games have been saying for a long time. The Olympics give special treatment to some social classes at the expense of others.”

A “World Religion” Falls from Grace

One is reminded of this quote by Ōshima Kenkichi, the flagbearer for the Japanese Olympic team in the 1964 Tokyo Olympics, that appeared in athletics magazine Gekkan rikujō kyōgi (Track and Field Monthly) in 1980, the year of the Moscow Olympic boycott.

“The Olympics is an enormous religious organization. The Olympic religion worships the universal concept of fair play.”

Ōshima believed that the Olympics was a world religion that surpassed Buddhism, Christianity, and Islam, and took the view that people around the world believe in fair play. One has to wonder whether any this spirit of fairness remains in the modern day games. Indeed, Article 6 of the Olympic Charter reads,

“The enjoyment of the rights and freedoms set forth in this Olympic Charter shall be secured without discrimination of any kind, such as race, color, sex, sexual orientation, language, religion, political or other opinion, national or social origin, property, birth or other status.”

If anything, the idea expressed in this article is the essence of the Olympics: the belief that people from around the world can overcome their differences to come together. This is the idea behind the Tokyo games’ message of Unity in Diversity, and it is a pity that the significance of this message has not been understood.

The declaration of a state of emergency in Tokyo means that there will be no spectators at any of the events taking place in greater Tokyo, Hokkaidō, or Fukushima. The torch relay skipped areas with high numbers of COVID-19 cases, and public-viewing events organized around the country have been cancelled. What do we look for in an Olympics stripped of its glitter and festive spirit? What message is sent by the struggles of the athletes?