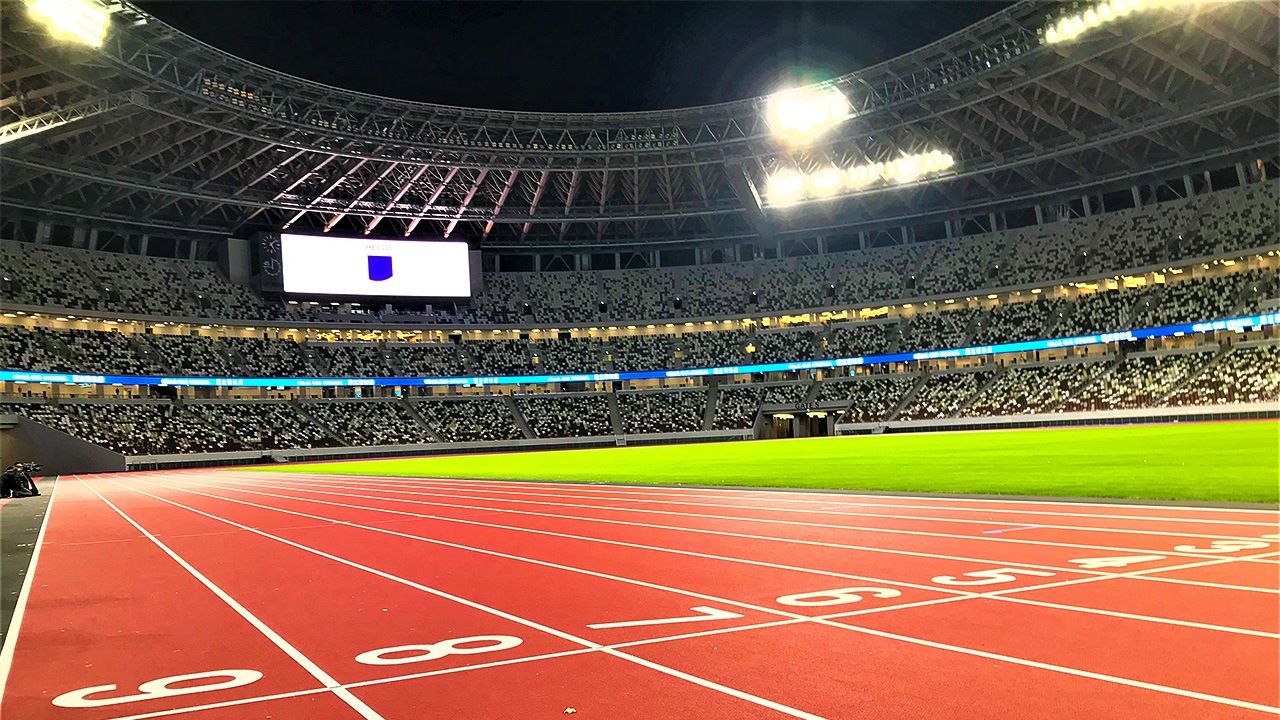 Let the (Political) Games Begin: Footing the Bill for an Olympics Without Spectators

Sports Tokyo 2020 Aug 6, 2021
Tokyo’s latest wave of COVID-19 infections forced the decision to hold the Tokyo Olympics without spectators. A first in the history of the games, the decision was reached by the Tokyo and Japanese governments, the Tokyo games organizers, and the international Olympic organization. Now political wrangling over responsibility for lost revenues has begun to bubble to the surface.

An Astonishing Statement: “It Was Governor Koike’s Decision.”

In the evening of July 8, following Prime Minister Suga Yoshihide’s announcement of Tokyo’s fourth state of emergency, consultations began among the Tokyo Metropolitan Government, the Japanese government, the Tokyo Organizing Committee of the Olympic and Paralympic Games, the International Olympic Committee, and the International Paralympic Committee. After further online consultation with governors of prefectures hosting events, the fateful announcement came close to midnight that evening. All events in the greater Tokyo area (Tokyo and Chiba, Kanagawa, and Saitama Prefectures) would be held without spectators.

Other prefectures soon followed suit. Ibaraki announced that only children from selected schools would be allowed to watch the soccer games taking place at Ibaraki Kashima Stadium, and Yamanashi also announced a reduction in roadside spectators for the portion of the cycling road races taking place on its roads. Later, the governors of Hokkaidō and Fukushima announced that they, too, would hold their planned events without spectators. Only the soccer in Miyagi Prefecture and the cycling events in Shizuoka Prefecture would remain open to ticketed spectators.

Three days later, NHK’s Nichiyō tōron (Sunday Debate) program took up the theme of the games and pandemic countermeasures during Japan’s fourth declared state of emergency. The show began with a discussion with Mutō Toshirō, secretary-general of TOCOG, the Tokyo Organizing Committee, responsible for the day-to-day running of the Olympics.

Mutō’s smooth-talking demeanor as he explained the decision belied the shocking nature of one revelation: “In light of the severity of the situation following the declaration of a state of emergency, Tokyo Governor Koike Yuriko decided that there should be no spectators at all in Tokyo. The government, TOCOG, IOC, and IPC all assented to the governor’s proposal.”

Up until then, nobody was sure who had ultimately made the decision to forego spectator attendance. However, by clearly identifying Koike’s role in the decision, Mutō was essentially raising the issue of who would be responsible for making up the inevitable shortfall in ticket revenue.

Later in the same show, Chief Cabinet Secretary Katō Katsunobu was pointedly clear in outlining the national government’s position on who should be financially responsible. Noting that the reduction of spectators will also reduce revenues, Katō referred to the Tokyo 2020 Candidature File submitted in 2013 during the 125th IOC Session. The document states on page 66 of volume 1 that, “should TOCOG incur a deficit, the Tokyo Metropolitan Government (TMG) has guaranteed to cover any potential economic shortfall of TOCOG, including refunds to the IOC in advance of payment or for other contributions made by the IOC to TOCOG. In addition, should TMG be unable to compensate in full, the Government of Japan will ultimately compensate for it in accordance with the relevant laws and regulations of Japan.” Katō read out these words almost verbatim, omitting only the text pertaining to IOC refunds and payments.

Katō likely wanted to emphasize that Tokyo should be liable for any TOCOG budget shortfall. Mutō then explained that, since revenue intake “would plummet to only a few billion yen, down from the originally expected 90 billion yen,” such a deficit was indeed likely. He added: “while we were confident of being in the black if the event was held last summer as planned, this time we will not be able to break even.”

No one from the TMG was present on the show to respond. However, political wrangling over financial responsibility between the metropolitan and national governments is already bubbling to the surface and will likely continue after the Games end.

A Late Decision to Exclude Spectators

An earlier decision to prohibit overseas visitors from attending the Tokyo Olympics was made at a five-party consultation on March 20. Following the meeting, TOCOG released a pragmatic statement explaining the decision “in light of severity of the situation, including the appearance of mutant strains” of the SARS-CoV-2 virus. Noting that “cross-border traffic is already severely restricted,” TOCOG concluded that “given these circumstances, it will be difficult to guarantee the free entry of people from overseas to Japan in the summer.”

What to do about domestic spectators remained an outstanding problem. After all, professional baseball and J-League soccer matches permitted spectators up to 50% of stadium capacity, capped at 5,000 spectators, in accordance with government policy during the third state of emergency period. In addition to concerns over reduced revenue from paying spectators, TOCOG also had to consider obligations to sponsors who had already distributed tickets during promotions. Adjustments therefore began to be made to bring spectator levels for Olympic events in line with domestic sporting events.

However, infectious disease experts soon poured cold water on these preparations. Omi Shigeru, chairman of the government’s Subcommittee on Novel Coronavirus Disease Control, joined 25 other members of a “voluntary independent group” of experts in submitting a document to both TOCOG and the Japanese government on “COVID-19 risks related to holding the 2020 Tokyo Olympic and Paralympic Games.” In the document, dated June 18, the group argued that:

“Compared with ordinary sporting events, the Games are in a league of their own in terms of scale and public attention. Additionally, the Games coincide with summer vacation and the nationwide Obon festival period. These conditions create risks for increased virus transmission and the overwhelming of healthcare systems resulting from the increased movement of people and social contact around the country triggered by the Games.”

By asserting that the games were a special case, and that “events without spectators obviously show the lowest transmission risk and present the ideal option,” this respected expert group made it clear that the same regulations and restrictions should not be applied to the Olympics as are applied to other domestic sporting events.

The Impact of the Tokyo Elections

Despite this advice, the organizing committee and its backers remained indecisive. The question of who would make up for lost ticket revenue was also effectively shelved. Then, the Tokyo Metropolitan Assembly elections were announced. The Tomin First no Kai party, advised by Tokyo Governor Koike Yuriko, was in danger of losing most of its seats in the Assembly. Taking a calculated gamble, Tomin First committed in its election manifesto to an Olympics without spectators. Although Koike had not expressed her own explicit stance on the spectator issue, she clearly sensed which way public opinion was trending.

Election day came on July 4, and Tomin First defied expectations by retaining a sizeable presence in the Assembly as the second largest party after the Liberal Democratic Party. Four days later, a fourth state of emergency was declared for Tokyo. This and the election results likely compelled Koike to push forward on holding the Games without spectators. While domestic spectator limits were supposed to have been set at the end of April, the effective delay of the decision until two weeks before the event introduced major difficulties for event organizers, especially surrounding refunds to ticket holders.

Disarray Sowed in the Politics of Postponement

Ultimately, the confusion over the postponed preparations for the Olympics can be laid at the feet of politicians and politicking. The dangers of the COVID-19 pandemic are clearly not behind us. However, looking at how European and American professional sports have restarted alongside concerted vaccination drives, one cannot help but wonder what might have been if the Olympics had been postponed for two years instead of one.

It was former Prime Minister Abe Shinzō who pushed for a one-year postponement—against the advice of many around him. Many believe that Abe made the decision conscious of the fact that his term as LDP president, and therefore prime minister as head of the ruling party, would end in September 2021. Holding the Olympics before then would have maximized his chances of making a grand Olympics entrance as prime minister. By taking advantage of a buoyant national mood post-Olympics, Abe must have thought that he could then lead the LDP to one final decisive victory in a general election soon after the Games finished.

Therefore, it seems that a lapse in political judgment led to the current chaos. Perversely, Abe’s resignation due to ill health soon after meant that he would not even be able to oversee Olympics preparations in any official leadership capacity. Earlier this year, former Prime Minister Mori Yoshirō also stepped down from his role as TOCOG chairman due to disparaging remarks about women. The absence of politicians like Abe and Mori, who had led the charge for the Tokyo Olympics, and the constant flow of resignations by people involved in directly organizing the games, created a leadership vacuum. This likely contributed to the delay in the decision to limit the number of spectators.

After the 2020 postponement announcement, then Prime Minister Abe, current Prime Minister Suga (then chief cabinet secretary), and others made lofty claims about how holding the Games in their “full form” would be proof of humanity’s victory over COVID-19. One year later, however, only a hollow feeling remains.

In Britain, we witnessed the European Championship soccer finals and Wimbledon tennis championships packed with spectators. We saw the excitement in the United States around the dual-threat exploits of Ohtani Shōhei in Major League Baseball and the All-Stars game.

By contrast, with vaccinations not yet available to the whole population, Japan tentatively began its no-spectator Olympics even as fears about the rapid spread of the disease remained. Foreign delegations of athletes and officials coming to Japan have been crammed into the Olympic Village under quarantine restrictions, while the foreign media trying to inform the world about the situation in Japan have been restricted in their coverage. Most of the side events designed to liven up the atmosphere around the Games have also been cancelled.

The games started at 8:00 pm on July 23. Athletes from various countries marched into the National Stadium during the opening ceremony without cheers from spectators. How will all this reflect on the world’s image of Japan?

(Originally published in Japanese. Banner photo: The National Stadium ahead of the opening ceremony. From a distance, the innovative mosaic-like design of the spectator seating gives the impression that the empty stadium is full. © Amano Hisaki.)