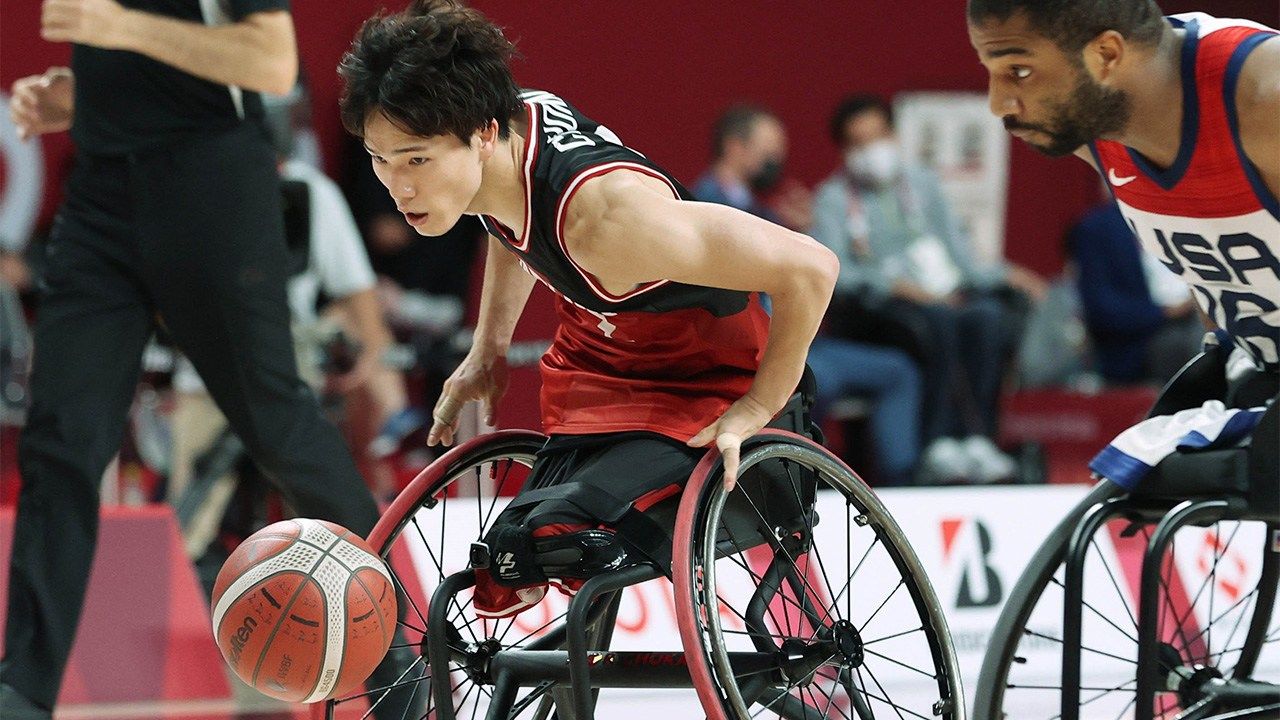 Paralympics: Classification Highlights the Gap between the Ideal and the Reality

Sports Tokyo 2020 Society Health Nov 5, 2021
The Tokyo Paralympics were a success this year, with public interest boosted by the 13 gold medals won by Japanese athletes. But like the Olympics, the Paralympics have become increasingly commercialized, and some doubt the fairness of the classification system, which groups athletes according to their degree of impairment. An exploration of the issues with the classification system at Tokyo 2020.

Changing Significance for the Games

The Tokyo 2020 Paralympics wound up on September 5, 2021. Thanks to strong performances by Japanese Paralympians, even people with little interest in para sports paid more attention than usual, and television broadcasts and news reporting also provided valuable exposure to what is usually a low-key event.

Wheelchair basketball was one of the sports attracting plenty of interest. The Japanese men’s team fought hard and won second-place silver, coming in just behind the reigning world champions, the US team. The great performances put on by Chōkai Renshi and his teammates reminded many viewers of iconic scenes from the classic basketball manga Slam Dunk, and the team attracted sustained media interest.

Other Paralympians in the news were wheelchair tennis athlete Kunieda Shingo, who won his fourth gold after missing out at the two previous Games, in London in 2012 and Rio de Janeiro in 2016, and swimmer Kimura Keiichi, who memorably won gold on his fourth attempt this time around.

But the Paralympics have not been free of controversy, both in the leadup to and during the event. The reason for this is the changing significance of the Paralympics.

The Paralympics got their start in 1948 in Britain as the Stoke Mandeville Games, begun as a rehabilitation program for service personnel injured in World War II. The Games gradually became more international in character, and the first official Paralympics took place in Rome in 1960. At the time, the Paralympics emphasized rehabilitation and physical fitness.

More than six decades later, the Paralympics have taken on a different character. Swimming and track records have improved tremendously, and ball sport players have developed sophisticated skills. Paralympic sports are no longer simply about rehabilitation. Today, top-ranked athletes with impairments compete at Paralympics Games every four years to win recognition as the best in the world in their sports.

The higher caliber of competition has also spurred stronger global interest, creating a different environment for para-athletes. Like the Olympics, the Paralympics have become increasingly commercialized, and some athletes with impairments are able to concentrate exclusively on their sport thanks to sponsor support or, for those playing team sports, professional contracts.

Sponsorship thus has a direct impact on income. Some Olympic-class athletes use pharmaceutical enhancements to achieve better performances, and there are also claims that a number of para-athletes have begun doing the same. But in the case of the Paralympics, it is classification parameters rather than doping that offer more scope for dishonesty.

Classification, which groups athletes according to type or degree of impairment, is a special feature of Paralympic competition. For example, some athletes would be at a disadvantage if artificial limb or wheelchair users and those with no lower limb impairments competed together. To ensure fairness, some kind of ranking system based on level of impairment is necessary.

Staff with specialized qualifications decide which class an athlete falls into. Criteria include examination of physical functions, evaluation of skills or performance during actual play, and observation of performance at actual events.

That leaves plenty of room for gaming the system. For example, making an impairment appear more restrictive than is actually the case can give an edge if the athlete is placed in a higher impairment class. Para-athlete organization officials say it is true that some athletes have acted as though they had a more severe impairment in front of classification officials. This kind of behavior casts a shadow over the running of competitions.

According to news agency Agence France-Presse, Jessica Long, an American swimmer who won her sixteenth gold medal at the Tokyo games, has said that given the higher acclaim and income that successful para-athletes can enjoy these days, ”there are plenty of opportunities to cheat.” Long is not the only one to express such misgivings. 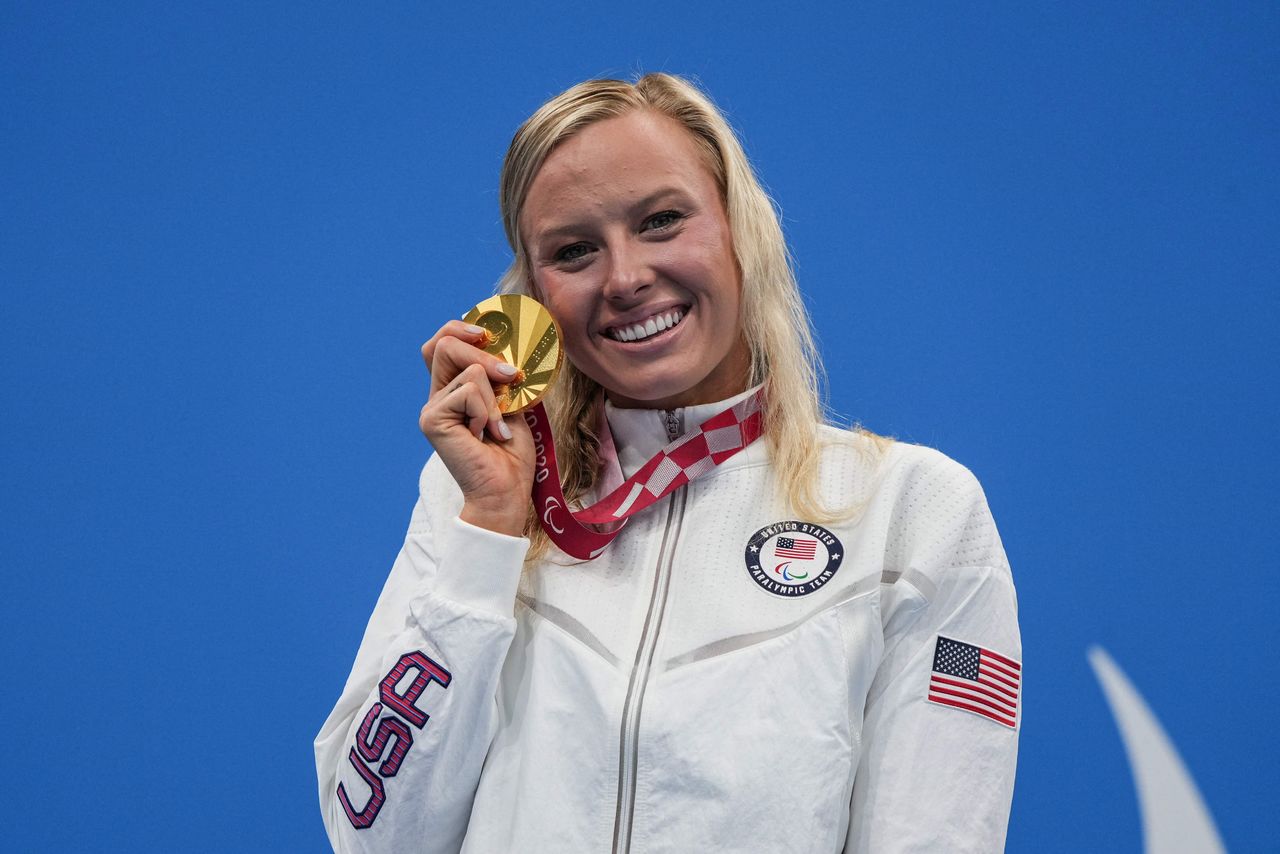 Paralympic swimming star Jessica Long, a five-time Paralympian with a winning record stretching back to the 2004 Athens Paralympics, photographed on September 2, 2021, at the Tokyo Aquatics Center. (© AFP/Jiji)

Classification is not the only area where shady behavior occurs. Take an incident involving the Korean jūdō team that escalated into a criminal case in December 2020. At the 2016 Rio Paralympics, the Korean national team’s jūdō coach passed off a sighted member of his team as visually impaired. Charged with illicitly receiving a cash bonus from the Korean government, the coach and 12 jūdōka were indicted as a result of the deception.

The Ideal: Everyone Competing Together

The International Paralympic Committee is not standing idly by. It has tried to introduce stricter examination rules, but that has, paradoxically, created a host of other problems. A good illustration of this is the case of Itō Tomoya, wheelchair track athlete. Itō, who suffers from muscular dystrophy, was placed in a lighter impairment class because he was judged to have residual trunk function when he was evaluated on August 20, just before the start of the Tokyo Paralympics.

This is what Itō had to say about the matter. “My condition isn’t one where I will get any better at my sport. I had a flare-up last year and I’m now in worse shape than before.”

Japan Para Athletics protested the decision, but to no avail. Itō, winner of two medals at the 2008 Beijing Paralympics, could have been a medal contender in his usual class, but in the new class he failed to even clear the heats. Classifications rely on the human eye, which allows some para-athletes to cheat and only ends up breeding athletes’ mistrust of the evaluation criteria. 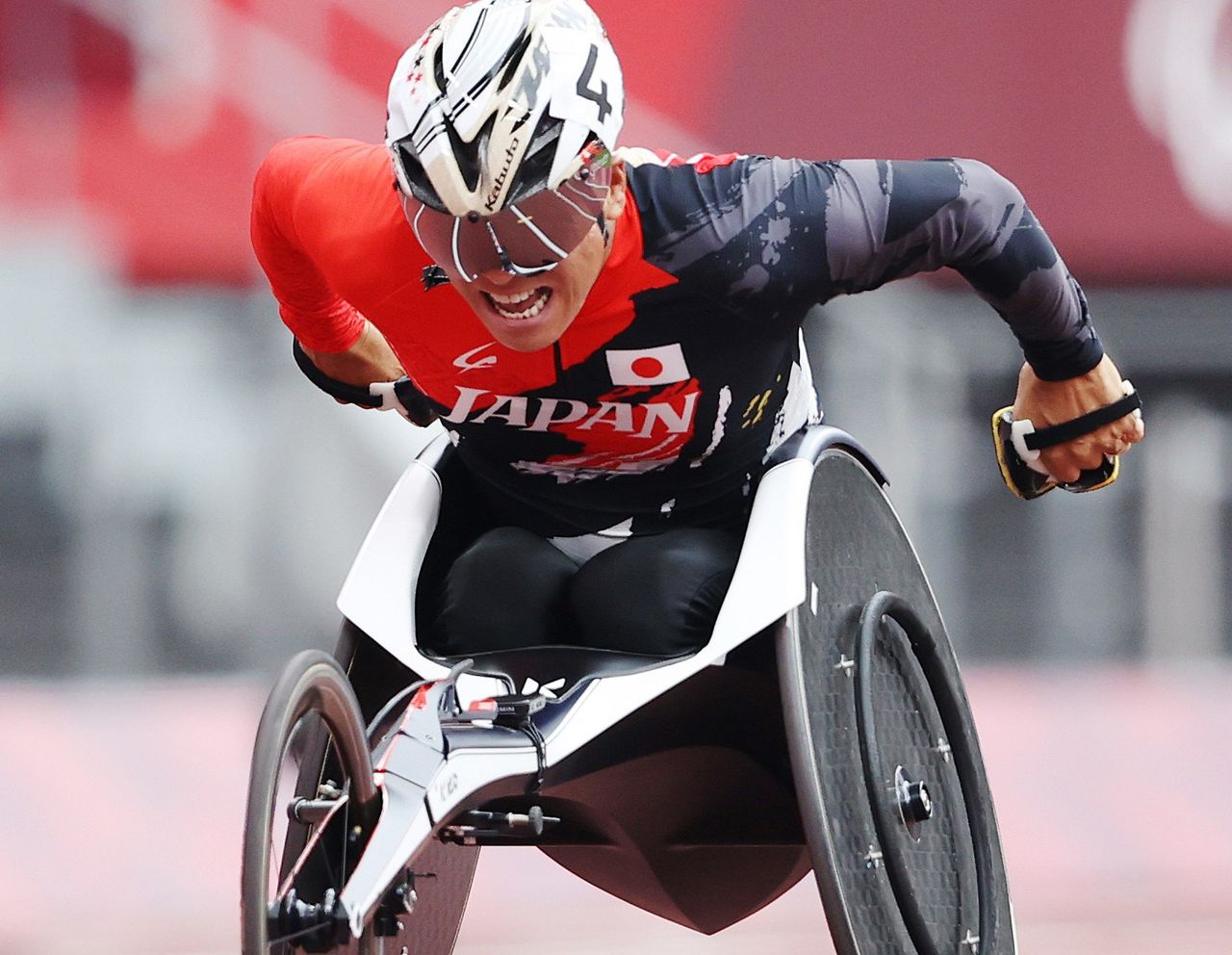 Itō Tomoya competes in the wheelchair T53 class on August 29, 2021, at the Japan National Stadium, coming in sixth in a field of seven and failing to advance in the heats. In his usual class, his time would have been faster than the bronze medalist’s final record. (© Jiji)

In January 2020, the IPC took issue with the fact that some wheelchair basketball players did not meet IPC criteria for participation, and warned the International Wheelchair Basketball Federation that the event would be dropped from the Tokyo Paralympics if its conditions were not met.

Wheelchair basketball players are classed from 1.0 to 4.5 in 0.5 increments depending on their impairment, and each player is assigned a score based on this. The smaller the figure, the greater the degree of impairment, and according to the rules, the combined scores of the five players on the court must not exceed 14.

The IPC took issue with players classed 4.0 or 4.5, which, it concluded, meant that players with physical ability close to that of able-bodied persons were on the teams. Some figures in the sporting community agreed with the IPC’s stance, because not following the IPC’s criteria could open the door to outright cheating.

But the Federation took a different view, saying that the IPC’s loose criteria for wheelchair basketball were applied in the spirit of allowing as many individuals as possible to participate in the sport. It’s true that having people both with impairments and without play sports together is an ideal in sports, and thus the Federation’s attempts to be more inclusive should not be dismissed out of hand.

Even so, it was necessary to toe the IPC’s line, and the Federation revised its criteria in the summer of 2020. As a result, nine players, including one Japanese, were disqualified. Even though that action was necessary to weed out those who wanted to achieve results by any means, the fact remains that other players sincerely devoted to competing fairly suffered as a result.

Traditionally, media treatment of the Paralympics has mainly focused on the inspirational journeys of athletes overcoming various obstacles, and it was no different for the Tokyo Paralympics. But as the foregoing examples demonstrate, there is also a dark side to the games.

Not Merely Seeking to Be Inspirational

But this can in fact throw a more positive light on the Paralympics.

Trying to portray para-athletes simply as inspirational figures makes it harder, in fact, to see them as they really are. All athletes, able-bodied or not, aim to turn in their best performance every time, and as human beings, they are animated by different desires. Not everyone is a person of good character or a model of upright conduct, and although cheating is certainly not to be condoned, it’s inevitable that some will take the low road. For better or for worse, Paralympics competitions are a human endeavor.

Bearing that in mind accords the Paralympics significance as an opportunity for fair competition that acknowledges diversity and gives everyone a chance to perform according to their unique traits and abilities. Overly glorifying the Paralympics and turning a blind eye to their shortcomings risks doing a disservice to diversity.

(Originally published in Japanese. Banner photo: Chōkai Renshi, voted MVP in the men’s wheelchair basketball competition. The spirited play of Japan’s national team greatly boosted the sport’s fan base, although classification in the sport remains a difficult issue. Photo taken on September 5, 2021, at the Ariake Arena in Tokyo. © Jiji.)