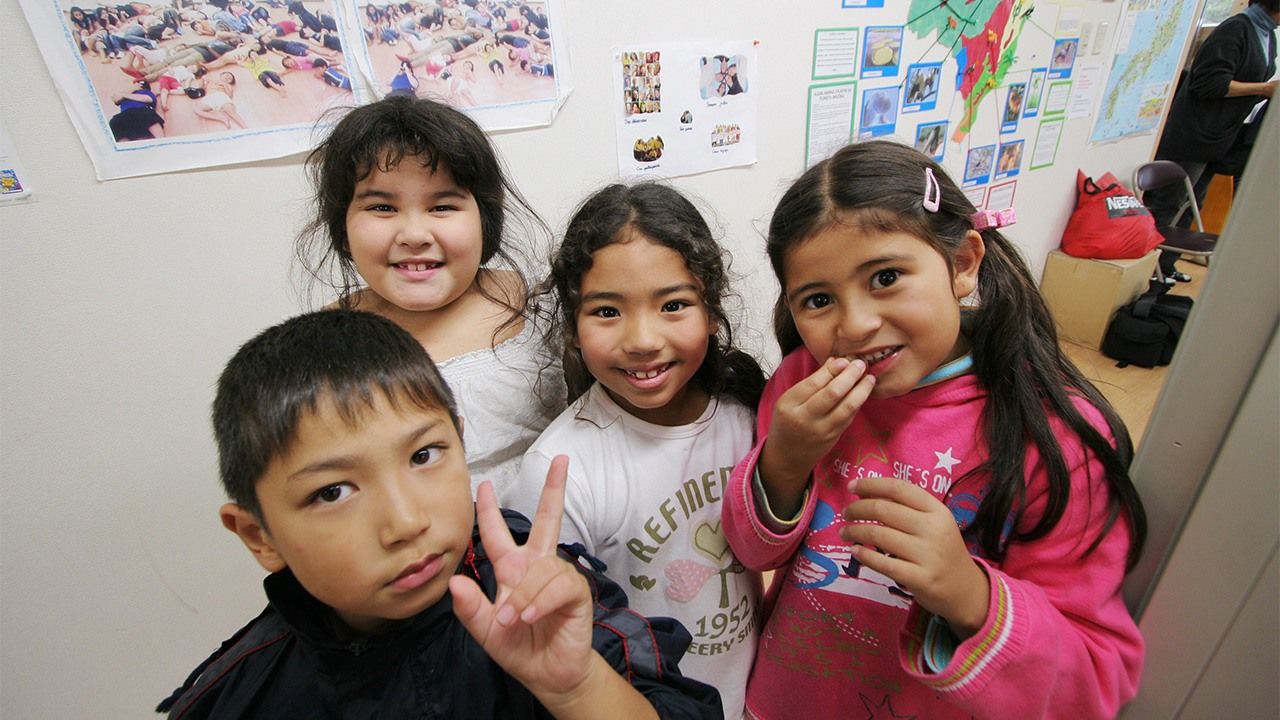 The Making of an Underclass: Japan’s Neglect of Immigrant Education

Politics Society Education Jul 22, 2022
Japan is neglecting the basic welfare of its foreign school-age children as a consequence of policies that fail to provide proper needed support to non-Japanese residents, thus denying their children an appropriate quality education, writes Kojima Yoshimi of the Tokyo University of Foreign Studies.

In September 2019, a report by the Ministry of Education, Culture, Sport, Science, and Technology (MEXT) published the first official estimate of the number of out-of-school children in Japan’s fast-growing international community. A nationwide survey of local boards of education concluded that as many as 20,000 compulsory-education-age children of non-Japanese nationality—almost one in five of the total—might not be receiving a school education. That figure would put Japan’s international community in the same ballpark as sub-Saharan Africa, the region of the world with the highest number of out-of-school children at the elementary level (according to a recent UNESCO report).

How do we account for such a low rate of school attendance among foreign school-age children in Japan—an industrially advanced country renowned for its high academic standards? In the following, I will attempt to provide some answers, drawing on my two-year study of school attendance among immigrant children in Kani, Gifu Prefecture. (Throughout this article, I use the terms “immigrant children” and “foreign children” as shorthand for eligible school-age children without Japanese nationality registered as residents of Japan. School-age is defined as ages 6 through 15, roughly corresponding to the compulsory grades, one through nine).

Foreigners and the Right to Education

First of all, we need to understand how the Japanese government views and treats school attendance among immigrant children. MEXT provides an essential piece of information on this subject in a Q&A about school enrollment for foreign nationals, published on its official website:

Q: What are the key points to know about enrolling foreign children in school?

A: In Japan, non-Japanese residents have no obligation to enroll the children in their care in any school. However, if they wish to enroll them in a public [elementary or junior high] school, their children are entitled to the same free education provided to Japanese students, consistent with international covenants on human rights..

Readers may be surprised to learn that foreign residents of Japan, including long-term immigrants, have no legal obligation to send their children to school. After all, the Universal Declaration of Human Rights states that not only that “everyone has the right to education” but also that “elementary education shall be compulsory” (article 26). Compulsory enrollment in school, an obligation imposed on parents and guardians, is the mechanism by which the universal right to education is guaranteed. Yet not even elementary education is compulsory for foreign nationals in Japan.

This is consistent with the central government’s interpretation of Article 26 of the Constitution of Japan. Paragraph 2 states, “All people [subete kokumin] shall be obligated to have all boys and girls under their protection receive ordinary education as provided for by law.” In this context, kokumin is interpreted to mean “the Japanese people,” thus exempting non-Japanese guardians. Yet in Article 30, on the obligation to pay taxes, kokumin is understood more broadly, to mean “residents of Japan.” By altering its interpretation according to the circumstances, the national government has effectively deprived the children of foreign nationals of their right to an education.

The Universal Declaration of Human Rights also states that “parents have a prior right to choose the kind of education that shall be given to their children” (article 26). But the Japanese government effectively denies foreign nationals this right by withholding its recognition—and consequently a basic level of regulation and fiscal support—of ethnic and international schools in Japan. There are some 200 such schools established to serve the needs of the children of various ethnicities—Brazilian, Nepali, Korean, and so forth—but almost none of these are classified as gakkō (schools) by the government. As a consequence, the children who attend them are not entitled to periodic health checkups and other basic welfare services at public expense. In this way, Japan has created a society that shirks its responsibility for the basic health and safety of immigrant children.

Falling Through the Cracks

In November 2020, around the time the third wave of COVID-19 infections hit Japan, one of these ethnic schools became the center of a major outbreak. The source of the infection appears to have been non-Japanese laborers who were obliged to continue commuting to work, since their job situation did not allow for telecommuting. The virus spread to their children and from there to others at the school. But local agencies lacked the information and mechanisms to intervene in a timely fashion. Chastened by this turn of events, the central government established a commission to examine health and hygiene at ethnic and international schools. A survey was undertaken, and the commission compiled a report highlighting the serious gap between Japanese gakkō and ethnic schools, which often lack infirmaries and qualified healthcare staff. Still, there has been no follow-up geared to protecting the health and lives of the immigrant children, even as the pandemic continues to rage.

Just how many children are falling through Japan’s healthcare safety net at this crucial point in history? Let us review the latest figures from MEXT.

At the end of March 2022, MEXT released the results of a second survey on school attendance among foreign national children. The latest report found that 5.9% of all foreign children attend institutions that are not recognized as gakkō by the government. Another 9.9% could not be accounted for and were quite possibly not attending school at all. (When roughly one out of ten children is unaccounted for, one can hardly be blamed for asking whether their lives really matter to the government of Japan.) Totaled, these two categories represent roughly 21,000 children—about one in six of all immigrant children in Japan—whose health lies outside the government’s purview.

Diversity and the Right to a Quality Education

Also at the end of March 2022, MEXT released its latest report on students requiring remedial Japanese language instruction in the nation’s public schools (2021 academic year). According to the report, 1 in 20 neither continues on to high school nor finds employment after junior high school. Of those completing high school, 1 in 7 ends up out of school and unemployed. The high school dropout rate among students requiring Japanese instruction is 5%, five times the overall dropout rate at Japanese high schools. MEXT also reports that 5.1% of those requiring remedial Japanese instruction at the elementary or lower secondary level are enrolled in special education classes (small classes intended for children with disabilities), as compared with 3.6% in the population as a whole.

It is true, as stated in the aforementioned Q&A, that foreign nationals who wish to enroll their children in public elementary or junior high school may do so free of cost. The attraction of a free education helps explain why the great majority of immigrant children do, in fact, attend Japanese public schools. But given the relatively large portion who drop out and end up unemployed, one must question whether foreign students are receiving a quality education geared to their needs. This is a particularly deplorable state of affairs today, when an appropriate, quality education is so crucial to realizing one’s individual potential as a productive member of society.

If Japan wishes to attract valuable human resources from around the world, it must abandon laws, policies, and practices that marginalize whole sectors of society on the basis of nationality. It must not only guarantee each child’s right to a quality education but also, in order to render that right meaningful, pair it with the right of guardians to choose the kind of education they deem best for their children. This means recognizing all grade 1-9 schools as gakkō and granting all children in Japan freedom to receive an education that respects their diversity, in accordance with the Universal Declaration of Human Rights. In a country where school refusal has climbed as high as 200,000 (according to MEXT data for 2020), such a reform would benefit not only foreign children but also the many Japanese children who struggle within the high-pressure and often stifling environment of this nation’s public schools.