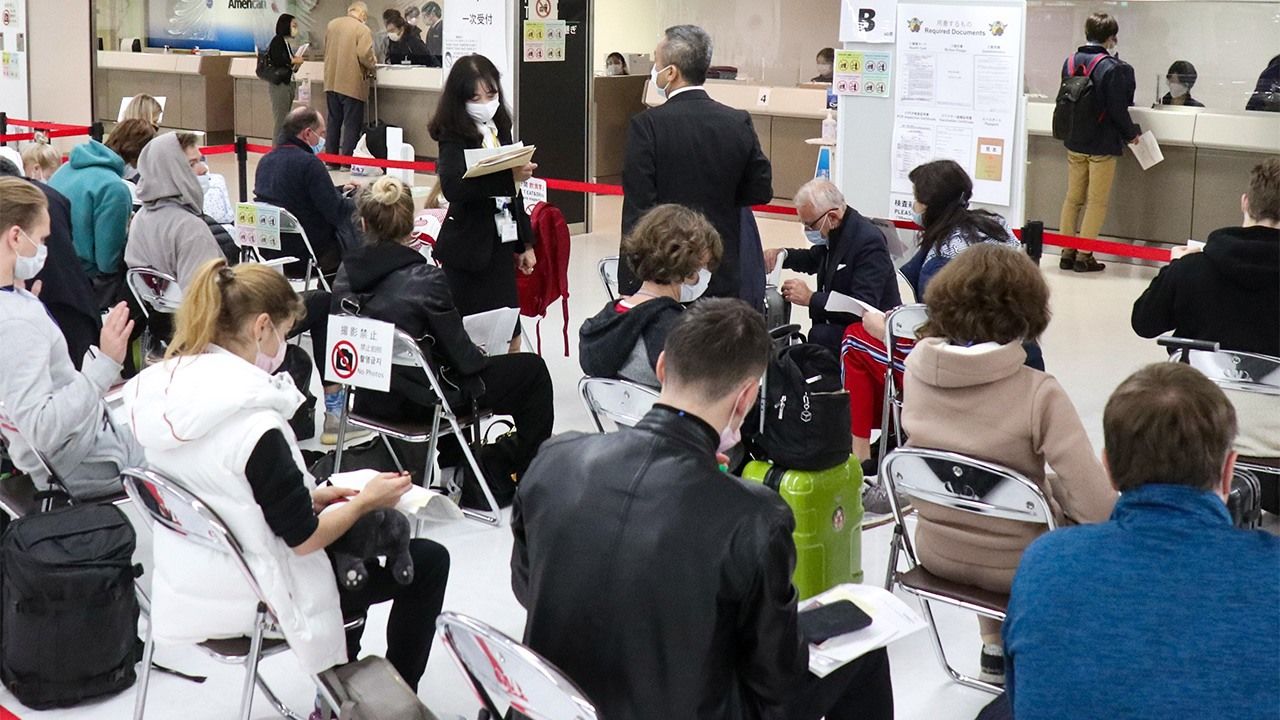 Society Culture Education Aug 2, 2022
Japan has closed its doors to exchange students for over two years during the COVID-19 pandemic. Researchers from overseas have faced many barriers to continuing their work. The resulting lack of opportunities to nurture Japan experts has cast a dark shadow upon the future of Japan studies abroad.

Japanese as a Minor Language

Japanese studies at US universities have a long history as an interdisciplinary​ field straddling literature, history, and other fields. They are often positioned as a program within a department of East Asian studies, Asian studies, or modern languages and literatures. Curricula include courses related to the Japanese language, history, culture, and society, whereby students can gain a high level of specialized knowledge.

Even before the pandemic, analysts had identified a decline in Japanese studies in the United States, starting from the 1990s, owing partly to Japan’s economic stagnation and the rise of China on the global stage. But the circumstances are actually more complex.

The Modern Language Association, a US academic association, publishes the results of a regular survey on foreign languages studied both at undergraduate and graduate levels in universities across the United States. Its last survey found that 68,810 students took Japanese in the 2016 fall semester, a small increase of 3.1% from the previous survey, in 2013.

In fact, although the United States is seeing a general decline in foreign language studies at the tertiary level, Japanese and Korean are exceptions, attracting more students each year. But the overall number of students taking Japanese (or Korean) is still much lower than for European languages. Despite the increase, the numbers pale in comparison with, for example, Spanish (712,240) or French (175,667). Japanese is still a minor language in the United States.

The MLA will release the results of its 2021 survey, the most recent, in 2023. This will reveal the impact of the COVID-19 pandemic on Japanese studies in the United States. Personally, I believe that the number of students is still rising slightly.

I teach at the College of William & Mary, where the Japanese language courses have grown steadily over recent years. Courses in Japanese literature, history, and cinema are also popular. Every semester, there are more students hoping to enroll than spaces available for them in the classes. Japan researchers at other universities report similar situations. Today’s American youth belong to a generation that has a close affinity with Japanese popular culture. Consequently, they view the Japanese language and Japan-related subjects as completely reasonable study options.

But does this nurture future Japan researchers? Students who study Japanese language and literature do not necessarily master the language or major in Japanese studies. According to the MLA survey, although the number of students in Japanese language courses is rising, the number majoring in the subject fell 17.5%, from 899 to 742, between 2013 and 2016. This is not an issue only in Japan studies—it is within the context of a general decline of humanities in higher education. The MLA survey shows that the number of bachelor’s degree​s obtained in other foreign languages is also falling.

With tuition fees in the United States soaring, there is a growing trend among students (and advice from their parents) to major in fields with a practical focus that are directly tied to gaining employment. Literature, foreign languages, and history are perceived as abstract and not beneficial for employment. Universities pour much of their budgets into the STEM fields of science, technology, engineering, and mathematics in an effort to attract students. As mentioned above, Japanese language and literature subjects are a popular choice with students, but many choose to major in such fields as computer science and business, with an eye to future job prospects. Very few go on to more advanced Japanese studies.

The COVID-19 pandemic hit at a time when the humanities were already struggling. What will happen to Japan studies in the United States in the future? An area where the pandemic has had the most obvious impact has been student exchanges to Japan. Since spring 2020, when the COVID-19 crisis struck, Japan stopped issuing visas for student exchange—a measure maintained until 2022. The government re-started visa issuance from March, but students cannot necessarily commence exchange studies immediately, because it requires high-level preparations for both the sending and receiving institutions. Also, students must consider the number of units they need for graduation, as well as major or minor subject requirements, and they may have a fixed schedule that is difficult to adjust. William & Mary has student exchange agreements with Keiō University and Akita International University, but they will not fully restart until the fall semester.

Consequently, for over two years, undergraduate and postgraduate students with an interest in Japanese culture and history have been robbed of opportunities to study or conduct research on exchange programs. Students who looked forward to studying in Japan, or who entered university and chose this field after careful consideration of their future career, have had their hopes for exchange studies dashed. As an educator, it has been heartbreaking to witness. Before the pandemic, the Japanese government launched and encouraged an initiative to boost the number of international students in Japan from 120,000 to 300,000 between 2008 and 2020. In contrast, the suspension of visa issuance for over two years during the pandemic, with no rational or scientific basis, has been extremely irresponsible.

Exchange students often go on to become Japan researchers, to engage in translation and interpreting, or to work for Japanese businesses or companies that deal with Japan. They are important human resources who help boost awareness and advance understanding of Japan around the world. The current popularity of Japanese food, anime, manga, and other culture globally is no doubt thanks to the efforts of Japanese people, but we must not overlook the many foreign Japan experts who also actively promote our country and culture. The prolonged exclusion of exchange students has dramatically reduced opportunities to nurture such people.

Hampering the Efforts of Foreign Researchers

There has been much media coverage of exchange students unable to enter Japan, and widespread criticism of the Japanese government’s border control measures. But there is little awareness of foreign scholars who are unable to conduct research in the country. As of June 2022, it is possible to obtain a visa to visit Japan on business. Also, foreign researchers can acquire a visa to take part in international symposia or to come engage in academic activities when invited by a university, if they have a guarantor in Japan. It is therefore theoretically and legally possible for them to visit Japan.

But research is a solitary and low-profile endeavor: visiting libraries and research institutes to gather materials, meeting with people, and conducting fieldwork. Typically, scholars conducting such activities do not have guarantors in Japan. Researchers usually devise their own schedules and travel to Japan during the summer vacation, using a research budget or personal funds. The Japanese government does not recognize such travel as essential—it is categorized as private travel. Recently, Japan partially reopened to foreign tourism, welcoming visitors from 98 countries including the United States, but limiting their entry to conducted tour groups. There is still no timeline for allowing independent travel. My William & Mary colleagues specializing in Japanese culture or literature have been unable to visit Japan at all during the COVID-19 pandemic. In some cases, they have had no alternative but to abandon or alter their research.

Exchange students may be potential future Japan experts, but these researchers are actually Japan experts already. Barring them from Japan for over two years had no merits, in spite of the perceived risk. Japan is the subject of their studies, but if they cannot conduct research on the ground, they cannot publish research findings in essays or other formats, and are hindered from interaction with other academics at conferences and the like. If this continues, research on Japan in the United States and other countries is likely to come to a halt. This will cause a decline in the quality of Japan-related education, possibly driving undergraduate and postgraduate students to abandon Japan studies. In this age of growing globalization, enhancing understanding of Japan and increasing the spread of its culture requires more than just Japan-based researchers. It needs the collaboration of overseas-based researchers who publish their findings in English and other languages.

Knowledge of Japan in the United States has grown in recent decades through the efforts of individual researchers, sustained by their ability to readily visit the country. Now, we are on the verge of a crisis—and it should be of great concern in Japan. I urge the cessation of these entry restrictions as soon as possible to allow the resumption of independent research activities. This sentiment is certainly shared by all who study or research Japan around the world.