The Japanese Communist Party: A Century of Moving with the Times

Politics Sep 26, 2022
In July 2022, the Japanese Communist Party commemorated the hundredth anniversary of its founding. In the prewar era and for a time after World War II, the party urged violent revolution and was a target of harsh repression, but it increased its influence thereafter, and recently has cooperated with other parties to present a united opposition. Nakakita Kōji, a specialist on the JCP, looks at the party’s past and prospects. 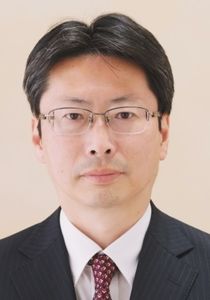 Professor at the Institute for the Study of Social Sciences, Hitotsubashi University. Born in 1968 in Mie Prefecture. Graduated from the University of Tokyo in 1991. Undertook doctoral studies at the University of Tokyo, where he obtained his PhD in law in 1995. Previously taught at Osaka City University and Rikkyō University. He specializes in the history of Japanese foreign diplomacy and contemporary Japanese political discourse. His writings include Jimintō “ikkyō” no jitsuzō (The Liberal Democratic Party: Reality Versus Image of “The Strongest”), Jikō seiken to wa nani ka (What is the LDP-Komeitō Government?), Gendai Nihon no seitō demokurashī (Contemporary Party Democracy in Japan), and Jimintō seiji no hen’yō (Transformation of LDP Politics).

The Outstanding Leadership of Miyamoto Kenji

INTERVIEWER  Why did you choose to study the Japanese Communist Party?

NAKAKITA KŌJI  Until recently, the JCP had not played an influential role in mainstream Japanese politics for around forty years. But the 2015 protests against Prime Minister Abe Shinzō’s controversial security bills sparked moves by the JCP and other opposition parties to form a united front, which has boosted the party’s presence. Today there are conflicting views on the JCP, which has been described as actually being a democratic socialist party, while the government and police still claim that it has not abandoned its policy of violent revolution. Because it has been out of the spotlight for so long, many people no longer have a clear picture of the party. This led me to undertake an academic analysis.

INTERVIEWER  What makes the JCP distinct from communist parties in other countries?

NAKAKITA  For many years, Japan was the only advanced Asian country. Based on this, in 1961, party chairman Miyamoto Kenji adopted a platform of striving for a national democratic revolution instead of a socialist revolution. This policy brought it into conflict with the Soviet Union, which the party believed had compromised its stance toward the United States. The JCP also clashed with China, which sought armed conflict. Consequently, the JCP established its own independent political stance. At the same time, it distanced itself from the French Communist Party, described as the “daughter of Moscow,” and the Italian Communist Party, which also indulged the Soviet Union. In comparison with these two giant Western European parties, the JCP was conspicuous in its independent approach.

INTERVIEWER  In your book, you describe in great depth how Miyamoto Kenji broke off relations with the Soviet Union and China, adopting a solid, stable policy of self-reliance for the JPC, a move that has been praised as playing a key part in preserving the party. What is your assessment of his policy?

NAKAKITA  Miyamoto was an outstanding, charismatic leader. Not only was he politically skilled and proficient in theory, he exerted strong authority, having survived twelve years of imprisonment and torture in Japan from 1933 onward without confessing or recanting. The JCP’s survival for 100 years is in large part thanks to his contribution. But I also believe that, in the present day, his legacy is waning.

The JCP renounced its militant line at the sixth Party Congress in 1955. I have labeled the political path taken by the JCP as it grew in strength under his leadership the “Miyamoto Way.” Under the JCP’s 1961 platform, its first strategy was to pursue national, democratic revolution through peaceful means. The second was to adopt an independent stance within the international communist movement. The third was to build a mass party organization with the aim to capture more seats in the Diet and other political entities.

My use of the phrase “Miyamoto Way” may give the impression that Miyamoto exerted dictatorial power within the party, but he abided by the principle of collective guidance, at least in form. As a result, the JCP was totally unlike the personality cults of its brethren overseas, and that is still the case today. In fact, on the basis of collective guidance, Miyamoto criticized the use of terms like the “Miyamoto Way” that referenced him. 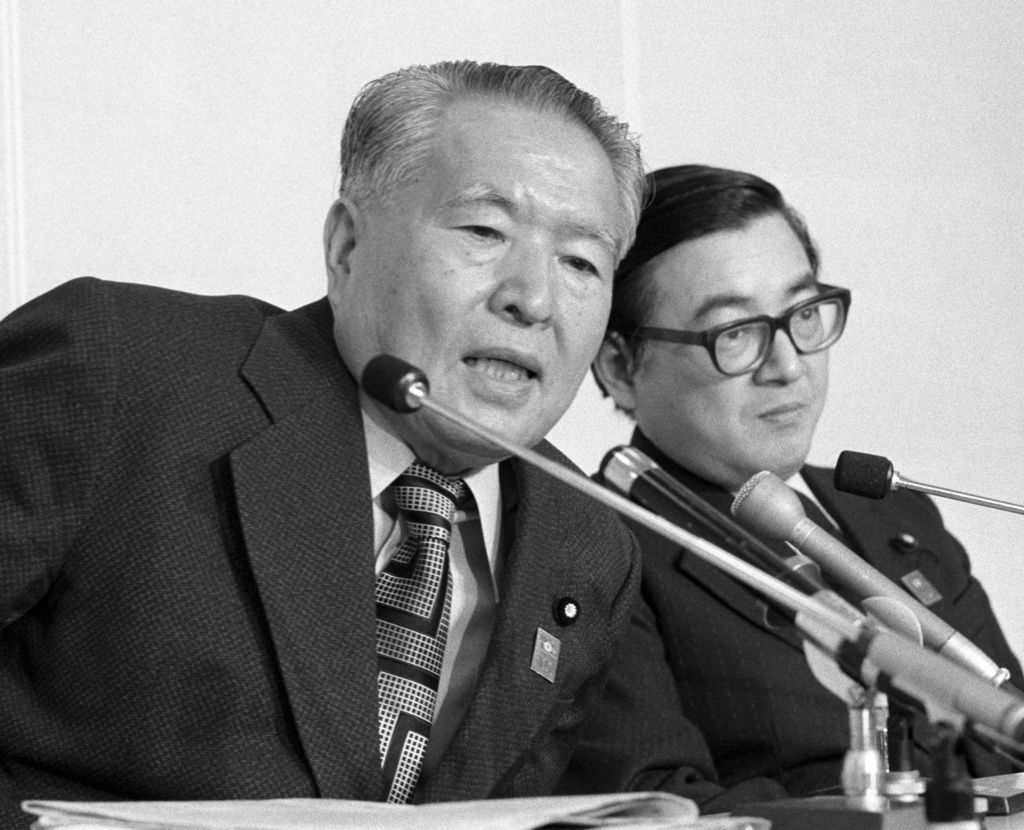 The Impasse of the Opposition Party United Front

INTERVIEWER  What is your view of Shii Kazuo, the party’s chairman since late 2000?

NAKAKITA  Shii has navigated the party through extremely treacherous waters. Immediately after his appointment as executive secretary in 1990, the world witnessed the collapse of the Soviet Union. Subsequently, the Japan Socialist Party also fell into decline, and the JCP experienced a brief surge in popularity. After Shii became chairman in 2000, the Democratic Party of Japan grew in strength, to the point where it took power in 2009, and support for the JCP waned. In my opinion, Shii endeavored to manage the party pragmatically, sticking to the Miyamoto Way. This was most obvious in the united front formed with other opposition parties, an initiative led by Shii after the 2015 protests against the government’s security bills. In the recent House of Representatives election, the JCP reached agreement with the Constitutional Democratic Party of Japan for limited extraministerial cooperation, but it failed to deliver the desired election result, leading to a retreat from this position in the latest House of Councillors election.

INTERVIEWER  In April 2022, prior to the House of Councillors election, Shii was criticized by other parties after stating his support for use of Japan’s Self-Defense Forces in the event of an invasion of Japan. He rebuffed the criticism, claiming it was not an off-the-cuff remark, but was consistent with the resolution adopted at the party’s convention in 2000. Is this an example of a lack of understanding of JCP policy?

NAKAKITA  I believe that Shii’s remark was misleading. Although the JCP worked on a platform in 2000 to employ the JSDF, it was criticized within the party, and for now, the party has revised its course of policy to depart from this. The truth is that the policy has been under review as cooperation with other opposition parties advanced following the security bill opposition protests. I believe the vicissitudes of SDF-related policy has resulted in a dearth of information-sharing not only with the public, but also within the party.

INTERVIEWER  Do you feel that the circumstances of the times call for greater flexibility in foreign and security policy?

NAKAKITA  The JCP has core policies that it firmly maintains, but others that it treats more flexibly. In terms of its foreign and security policy, JCP criticism of American imperialism is unwavering. But it has been more elastic in relation to the SDF. Prior to World War II, the overthrow of Japan’s emperor system was one of the JCP’s main policies, but since the platform adopted in 1961, abolition of the US-Japan Security Treaty has been its key policy. In comparison, SDF policy has been a minor debate. This is something that is poorly understood, and many people still believe that abolition of the emperor system and unconstitutionality of the SDF are core JCP platforms. In fact, the most crucial JCP policy is dissolution of the US-Japan Security Treaty. In recent years, the JCP has been more critical toward China, but this is unlikely to lead to an affirmation of the US-Japan Treaty. This has been a significant obstacle in advancing a united front with the Democrats and other opposition parties.

INTERVIEWER  Recently, the party has been proactive in the appointment of women, but in your book, you allude to the party being unable to resist the deep-rooted discrimination against women in Japanese society in the past.

NAKAKITA  In my book, I carefully described the dark side of discrimination against women within the JCP during the prewar era, when the all-male leadership which conducted underground activities treated female activists as housekeepers. It is a matter that has long been known, and Tachibana Takashi also discussed it in his book on the JCP, but other researchers claimed that my criticism was too mild. Numerous feminists told me that I should specify that the JCP had approved sexual violence.

Recently, the JCP has made strenuous efforts to appoint more women. In the most recent House of Councillors election, thirty-two out of its fifty-eight candidates, or 55 percent, were women—including two of its four successful candidates. The party has also boosted female representation in its leadership. However, the party maintains its organizational principle of a democratic-focused system coupled with a prohibition of factions, whereby the party core retains strong control over the lower ranks. The party emphasizes gender equality and values acceptance of gender diversity, but until it allows the coexistence of diverse views within the party and free debate among party members, I do not believe the party organization can be revitalized.

INTERVIEWER  The aging and shrinking party membership seems to be sapping the JCP’s vigor now. Do you believe it can survive another 100 years?

NAKAKITA  On its current path, it can only decline further. When you consider the aging membership, with core responsibility in the hands of those in their sixties and seventies, the next ten years will make or break it. The biggest challenge facing the JCP now is generational succession. Fewer young people have joined the party since the fall of communism in Eastern Europe and the Soviet Union. But the West is now witnessing a generation shift, as the so-called Generation Z and “Generation Left” have become more conscious of issues of disparity and climate change. The problem for the JCP lies in its perpetuation of old ideologies and organizational principles, leaving it unprepared for the next generation.

INTERVIEWER  In your book, you propose that the party change course to aim for democratic socialism, such as the left-of center style of the Italian Communist Party or the radical leftist approach of Senator Bernie Sanders in the United States. But could this make it difficult to distinguish the JCP from other opposition parties?

NAKAKITA  I believe the JCP needs to change its ideology, organization, and name in order to survive. Furthermore, I do not think that merely changing the JCP will be sufficient—it will also need to take steps to merge with other opposition parties. At present, it has a large membership and strong organization, including its official newspaper.

The most critical matter is for the JCP to internally deliberate its future conclusively. The greatest hurdle to this is its democratic-focused system. I believe the starting point must be the introduction of a mechanism whereby party members can directly vote for the party head.

INTERVIEWER  How do you view its future prospects?

NAKAKITA  As with many old businesses, change does not come easily. But proportional votes for the JCP in House of Councillors elections fell from over 6 million to 4.4 million, then 3.6 million, over the last three ballots. Also, the most recent election saw a reversal in electoral cooperation between opposition parties, with little prospect of enhanced ties going forward. If the JCP does not transform itself while it still has the strength, it risks falling into decay. But on the other hand, if the JCP embarks upon efforts for a fully fledged change of course, it could strengthen unity among opposition parties, enabling them to rival the LDP-Komeitō alliance. The party could become a game changer able to break through the Japanese political impasse. 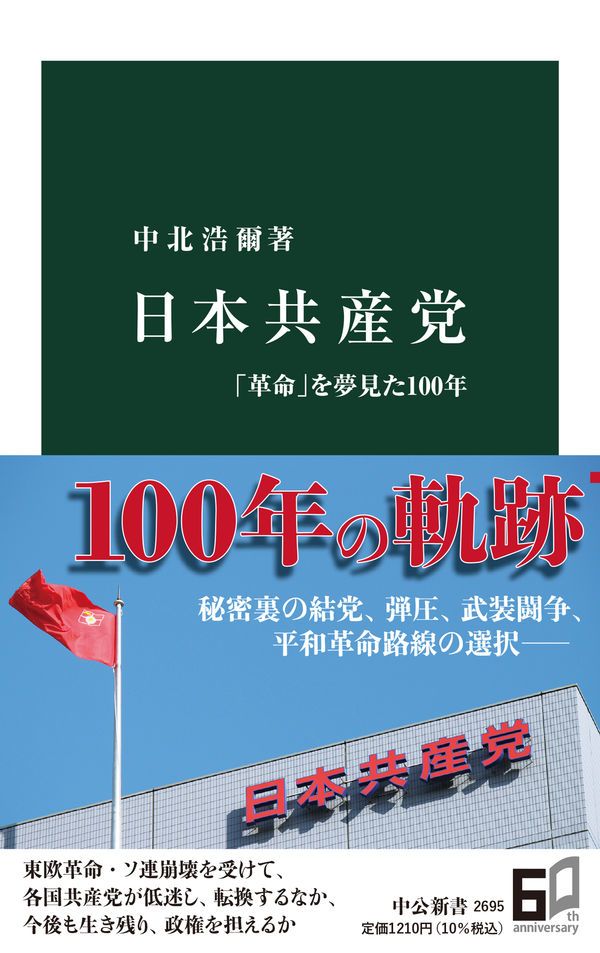 (Originally published in Japanese. Banner photo: Chairman Shii Kazuo speaks at a press conference for the JCP’s hundredth anniversary on July 14, 2022, at the National Diet. © Jiji.)