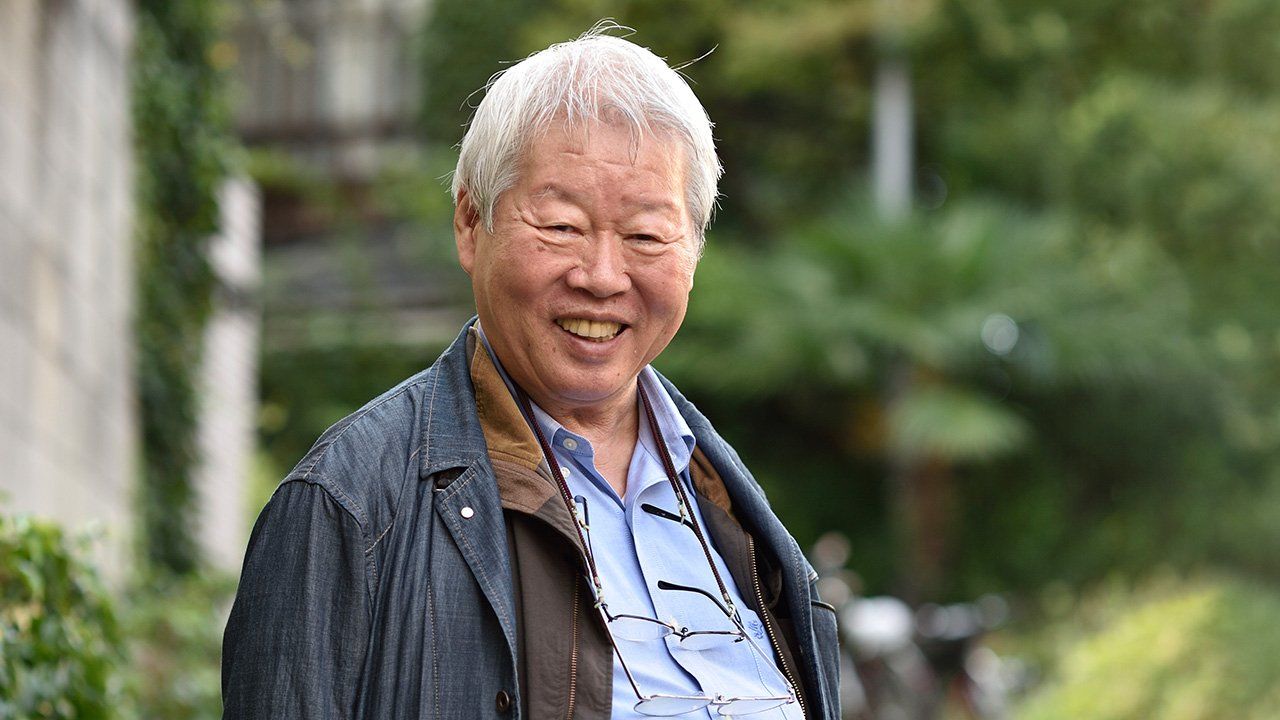 Culture Science Politics Society History Aug 24, 2021
Tachibana Takashi, Japan’s most influential postwar journalist passed away in April. He was the pioneer of investigative journalism in Japan, known for bringing down the government of Tanaka Kakuei in the 1970s. He also played an important role interpreting the work of leading researchers in a broad range of scientific fields for the general public.

Tachibana Takashi passed away on April 30, 2021, aged 80. He was the author of over 100 books on a broad range of subjects, from science to the arts, and the journalist whose investigations into Prime Minister Tanaka Kakuei led to his 1974 resignation. Tachibana confronted the depravity of money politics, and conducted vigorous inquiry into cutting-edge intellectual issues. Described by former Bungei Shunjū president Hirao Takahiro as “Japan’s greatest postwar journalist,” he passed away peacefully in hospital, unable to receive visitors due to the COVID-19 pandemic.

Tachibana first rose to prominence with an article in the November 1974 edition of Bungei Shunjū on Tanaka Kakuei’s financial and personal connections, which led to the resignation of the entire Tanaka cabinet the following month. He defeated politics with the power of the pen—it was a momentous event 28 years after the promulgation of Japan’s postwar Constitution, which guaranteed freedom of the press.

This was merely the first of several impressive writings. He penned a series of articles for Gekkan Gendai on the internal conflicts in the new left-wing movement as well as a study of the Japan Communist Party for Bungei Shunjū and an investigative piece on the country’s powerful agricultural cooperatives for Shūkan Asahi. His debut as a freelance journalist who stood up to the powerful in Japan made an indelible impression.

Tachibana did not follow any existing model in Japanese journalism. He directed his team of assistants to gather huge quantities of materials which he pored over in the preparation of his manuscripts. Frequently, he would request additional materials. It marked the beginning of investigative journalism in Japan. His editors admired the extent of his documentary research and superhuman ability to absorb his reading and analyze the structure of issues from the mass of materials.

Tachibana Takashi, born in Nagasaki in 1940, was the second son of Tachibana Tsuneo and Ryūko. When he was two, his father took a teaching position in Beijing, and the family moved with him. World War II ended when he was five, and the family was repatriated to Ibaraki Prefecture, where he entered school. Later, when his family moved to Chiba Prefecture, he attended high school in Ueno, Tokyo. His parents were both Christian, and their house was filled with books. Tachibana was an avid reader from a young age. He majored in French literature at the University of Tokyo, joining publisher Bungei Shunjū, where he was appointed to the editorial team for the weekly news magazine Shūkan Bunshun.

But he resigned from his position after just two and a half years, stating that he was too busy and “wanted to read more,” returning to the University of Tokyo to study in the Department of Philosophy. Intensifying student protests, however, made it almost impossible to attend lectures. For four years, he wrote pieces for a women’s magazine and a monthly news magazine to make ends meet, before laying down the pen to open a bar in Shinjuku’s Golden Gai district.

Then Tachibana received word of a writing post for the Israeli government through his old employer Bungei Shunjū, and sold his bar just six months after opening to travel to Israel. After this posting, he drifted around Europe and the Middle East. During these travels, on May 30, 1972, the Lod Airport massacre occurred in Israel, carried out by three members of an extremist group, the Japanese Red Army. Tachibana managed to score an interview with the only surviving assailant, Okamoto Kōzō, which was published in Shūkan Bunshun in July 1972.

Tachibana became widely recognized for his pioneering work during the 1970s. In 1981, he published a series of articles entitled “Return from Space” in monthly Japanese literary magazine, Chūō Kōron, based on interviews with returned American astronauts. Later, he turned his focus firmly towards science, publishing “People Who Learn from Monkeys” in Japanese natural history magazine Anima. I first met Tachibana in 1988, when he had been engaged to author a new series of articles for monthly science magazine, Kagaku Asahi. For just over six years, until I transferred from the editorial division, I accompanied him for interviews at scientific research facilities across Japan.

A Man Who Loved to Study

Tachibana was a humble investigator, and a man of few words. Although people often addressed him as Sensei, he was always quick to reject such praise. Watching him work close up, I admired how he presented himself as a journalist.

After a year and a half writing about the latest scientific research, his interest turned to supercomputers, and later, to cutting-edge brain research.

The first time I accompanied him on assignment was to Nobeyama Radio Observatory, in Nagano Prefecture, which at the time was the largest radio telescope in the world. I arranged a two-day visit, which I thought would be sufficient for our interviews, but when it came time to leave, I was dumbfounded when he announced that we still needed more information. This led to a return visit.

When we went to Super-Kamiokande, a neutrino observatory in Kamioka, Gifu Prefecture, known for its Nobel Prize-winning physicist Koshiba Masatoshi, Tachibana insisted on traveling by overnight train. His excuse for preferring rail over air was his “persistent wanderlust.”

Researchers he interviewed would compliment his extensive knowledge, but he simply replied that he “loved to study,” which certainly created a sense of empathy with his subjects.

As he continued his research, he once remarked “I wasted 10 years on Kakuei.” I assume that fighting wrongdoing was not his genuine passion, and he was frustrated that he had not had the opportunities to pursue his true interests.

Another frustrated wish was his desire to learn sign language. He heard about chimpanzees in the United States that had been taught American Sign Language, so he also wanted to learn it to directly interview them. I was shocked at his journalistic dedication.

When I casually asked him if he would like to be young again, he was adamant: “Yes, I would.” I wondered how one could be successful as a journalist while harboring an urge to redo things, but Tachibana said he wanted to study more languages, including Greek.

Tachibana frequently referred to Paul Gauguin’s painting Where Do We Come From? What Are We? Where Are We Going?, as he wondered the same. This was why he wanted to know about current leading-edge science: astronomy, physics, biology, medicine, or any other field. I am sure he wanted to learn it all. 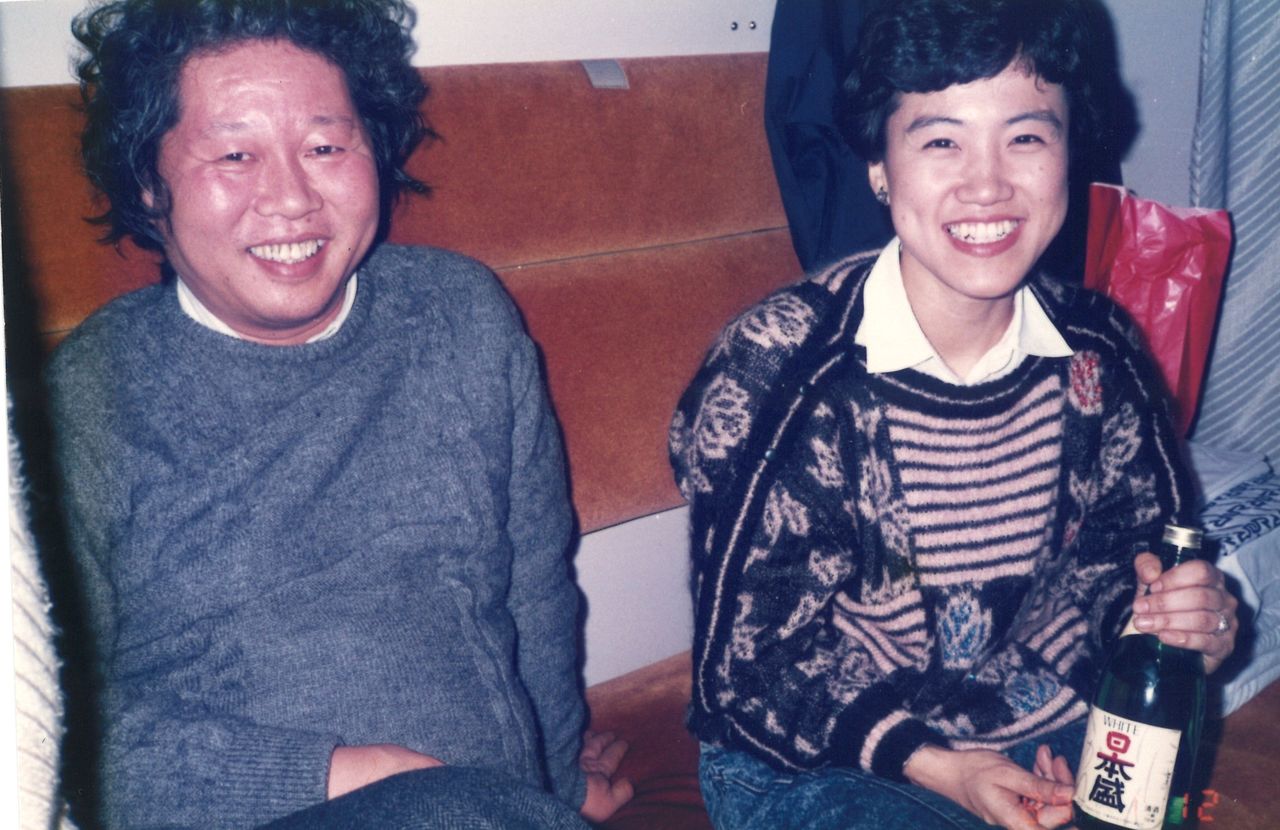 Tachibana Takashi (left) with the author on an overnight train in 1989. Photo by Hayasaka Motooki of Asahi Shimbun.

But he tended to shy away from socially contentious scientific issues, such as nuclear energy. I heard he pointedly refused to write on nuclear power, despite receiving fan mail asking him to cover it. Probably he did not want to waste time caught up in debating the pros and cons, as had happened when he reported on Tanaka Kakuei.

Contribution to Debate on Brain Death

He did, however, enter the debate on the topic of brain death. At a time when society was asking if brain death was actual death, while he agreed that it was, he firmly contested that the standards for assessing brain death should be more stringent. Tachibana took exceptional interest in and wrote about near-death experiences, even producing a television program on the topic. Despite his immense faith in science, he did not reject occult-like topics outright as nonscience, instead, he actively investigated them.

His engagement in the debate was no doubt based on his wish to push a cautious approach in Japan towards transplants from braindead patients. Still, in 1999, aged 58, he publicly announced that he had signed authorization for his own organs to be donated upon his brain death. His views on the assessment standards did not change, but he explained that he would have no qualms under the current criteria.

He continued to write major works in his sixties, such as a history about the emperor and the University of Tokyo. He conducted a long interview with the innovative composer Takemitsu Tōru about his creative journey. He also published a book about artist Kazuki Yasuo, known for his paintings depicting his experiences as a Soviet POW in Siberia. Tachibana’s enormous personal library was said to contain over 30,000 books, and with the incredible breadth of his work, it is fitting that he is remembered as an intellectual giant. Aside from his writing, he also lectured at the University of Tokyo and Rikkyō University, urging young students to research and write. He also taught mature students how to pen their own life’s history.

He was diagnosed with bladder cancer in 2007, but continued to research and write about life and death. His core message for readers through those years was that they should not fear death.

He also suffered diabetes, heart disease, and other ailments, and was often hospitalized in his final years. Towards the end of 2020, I received a call from him on my cellphone. In a feeble voice, he told me “I’m in hospital. I’m not very well.” That was the last time I heard his voice.