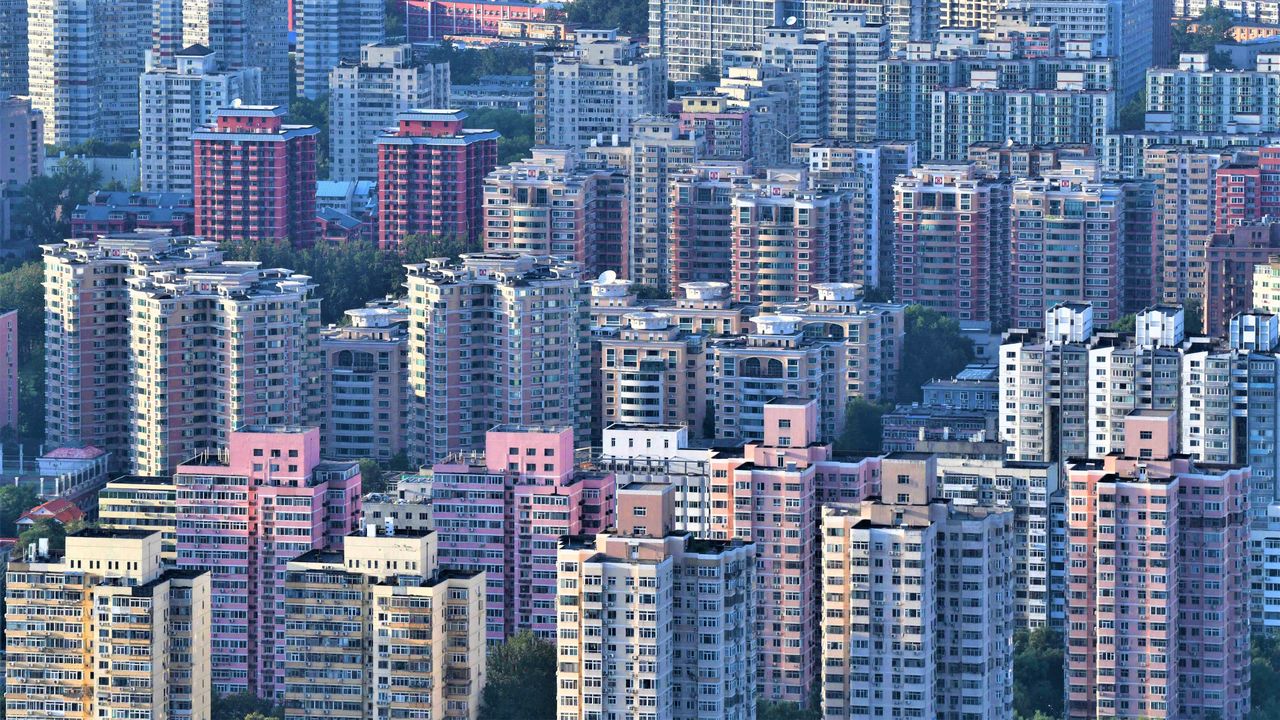 China’s Economy, COVID-19, and the Collapse of the Property Market

Economy World Sep 30, 2022
China’s economy is slowing, with annualized GDP growth falling to 0.4% for April–June 2022, its second lowest level since 1992. Economic recovery is being hampered by the combined effects of COVID and a falling property market.

The Xi Jinping government has responded to the global COVID-19 pandemic by locking down China’s cities and tracking infections exhaustively. The government’s policy of tackling even small clusters with wide-scale lockdowns, sometimes of cities of 10 million people, is known as “COVID zero.” While the approach may have appeared excessively strict to those elsewhere, it has become established as China’s “winning strategy” against COVID. However, the emergence of the highly infectious omicron variant in late 2021 and early 2022 rendered this “winning strategy” unable to contain the spread of infection, and large clusters were soon being recorded. At the end of 2021, Xian went into lockdown, followed by Shenzhen, the Chinese equivalent of Silicon Valley, in March, and Shanghai, China’s largest business center, in April. These lockdowns highlighted the side-effects of China’s strict isolation policy. In Shanghai, daily infections exceeded 20,000 and lockdowns prevented the city’s 24 million residents from shopping for essentials. While the two-month lockdown ended on June 1, its effects were profound.

The lockdown caused both life and economic activity in Shanghai to grind to a halt, as it had in Wuhan two years earlier. Expressways, container ports, and other distribution infrastructure ceased to function over a wide area, paralyzing the Chang Jiang Delta that forms the heart of China’s economy. The world’s largest container port, Shanghai serves as a kind of main artery linking the Chinese economy to the global economy, so the effects of the port shutdown spread down the supply chain to the global economy. In Japan, disruptions to shipments of Chinese parts forced manufacturers of cars, appliances, and electronic devices to reduce operating hours or find other suppliers.

In response to this state of affairs, the Chinese government implemented a raft of policies in April aimed at facilitating the movement of goods and shoring up the supply chain, including a “whitelist” of 666 companies whose products—which include automobiles, medical supplies, electronics, and everyday essentials—would receive preferential treatment. As a result, factory production and shipping volumes have increased steadily since May. However, the damage caused by the lockdown was too severe to be easily remedied. GDP for the April–June 2022 quarter, which was announced by the Chinese statistics bureau on July 17, grew by a mere 0.4% against the same period the year before, marking a significant slowdown from the 4.8% growth recorded in the January–March quarter.

The slowdown affected the entire east China region that forms the heart of the nation’s economy. Shanghai was hit particularly hard, falling 13.7% against the same period the year before, while Jiangsu and Zhejiang provinces recorded negative 1.1% growth and 0.1% growth, respectively. In fact, China’s major cities all took a major hit. While not as drastic as the Shanghai lockdown, the capital Beijing also implemented stringent COVID regulations that caused its economy to shrink by 2.9% against the year before.

Shanghai’s lockdown was so strict that those in other countries might well describe it as “bizarre.” Meanwhile, the process by which the COVID-19 pandemic was allowed to be come so serious may be described as “manmade.” Let us now look at the effects of these events on the global economy.

The way that labor is divided internationally suggests that the impact of the lockdown on Chinese and overseas businesses will differ depending on the industry in question. In electronics, for example, China boasts a domestic industrial chain for parts and materials whose scale and density is unparalleled anywhere else in the world, so for electronics manufacturers, relocating production overseas is no mean feat. Meanwhile, automobiles and other goods for which China is a leading market must be manufactured locally in order to maintain market share. While these industries did suffer significantly as a result of the lockdown, the difficulty in relocation overseas means that we are unlikely to see any immediate relocation of production hubs offshore due to the COVID zero policy.

In contrast, in industries that do not have to be located in China and are able to relocate overseas if conditions are right (for example, final assembly of tech products), skyrocketing production costs and labor shortages in addition to an increased focus on economic security have already prompted firms to begin relocating overseas. For these industries, the latest series of events is just one more negative aspect of continuing to do business in China. Indeed, after the lockdown was lifted, there was a marked increase in foreign residents leaving the country.

While the Chinese government continues to state that its COVID zero policy remains in place, the hefty price paid this time around means that the government will try to avoid a repeat of the present chaos in future. In those industries in which a presence in China is not a must, any further outbreaks in spite of the government’s best efforts could cause negative assessments of the investment environment to cross a threshold, accelerating the departure of these firms from China.

The lockdowns were not the only reason that the Chinese economy slumped in the June 2020 quarter: The slump in the property market that began in the second half of last year has had a serious effect on China’s economy as a whole. Expressed in terms of human health, if the COVID zero slump was an acute illness, the property market woes are a chronic one. To recover from the major slump in the economy caused by COVID 19, the Chinese government implemented an economic package in the June quarter that pulled out all the monetary and financial stops, but this had the effect of sparking a renewed property bubble in summer. Concerned, the government then took steps to significantly curtail lending to property developers. However, like the Shanghai lockdown, these measures were also excessively stringent, and caused the entirety of the property market to fall into recession in the second half of 2021.

Realizing the seriousness of the situation, the government began rectifying the excesses of its financial tightening policy at the end of last year, and is currently attempting to shore up the property market, such as by allowing provincial governments to relax home lending requirements. However, the legacy of the government’s earlier overzealousness is a serious one. Residential property sales in the first half of 2022 were down 26.6% in terms of floor area and 31.8% in monetary value against the same period in the previous year. New construction permits were down 35.4% in terms of floor area, while land purchases have fallen by a staggering 48.3%. With the real estate market said to account for one quarter of China’s economic growth, the effects of the slump are significant.

Secondly, the worsening of developer cash flows is causing construction work on presold blocks of flats to be abandoned. This has resulted in groups of concerned buyers refusing to pay their mortgages, creating the possibility that many bank loans could turn into bad debt.

Historically, the Chinese government has continued to blindly rely on the property market for economic growth while failing to take effective action to prevent property bubbles. This has caused real estate prices to balloon, producing a gap between the haves and have nots that rivals that in the United States. At the same time, over 90% of Chinese households now own their own homes. When you consider that real estate makes up two thirds of household wealth, any significant fall in property values is guaranteed to cause major discontent amongst the public. If the Chinese government continues to fail to take clear action on the bankruptcy of major property developers and the issue of stalled work on presold flats that has caused owners to refuse to pay their mortgages, the Chinese property market will cool even further and become unstable.

The achievement of the 5.5% economic growth target pledged by the Chinese government is now looking increasingly difficult. However, in autumn, Xi Jinping faces the twentieth National Congress of the Communist Party, where it will be decided whether he will serve an unprecedented third term as chair. Xi will therefore want to avoid economic growth falling to the level of 2% or 3% if at all possible. That only leaves monetary policy. While there are significant hopes that a policy of fiscal expansion will produce results, there are also fears that this approach will only further exacerbate mid- to long-term issues, such as excessive debt.

Whichever path Xi pursues, he cannot have his cake and eat it too. A path of thorns lies ahead of the Xi administration as it heads into its third term.

(Originally published in Japanese. Banner photograph: Blocks of residential towers in Beijing. A stalled property market has caused work on some buildings in China’s urban centers to be abandoned. © AFP/Jiji.)