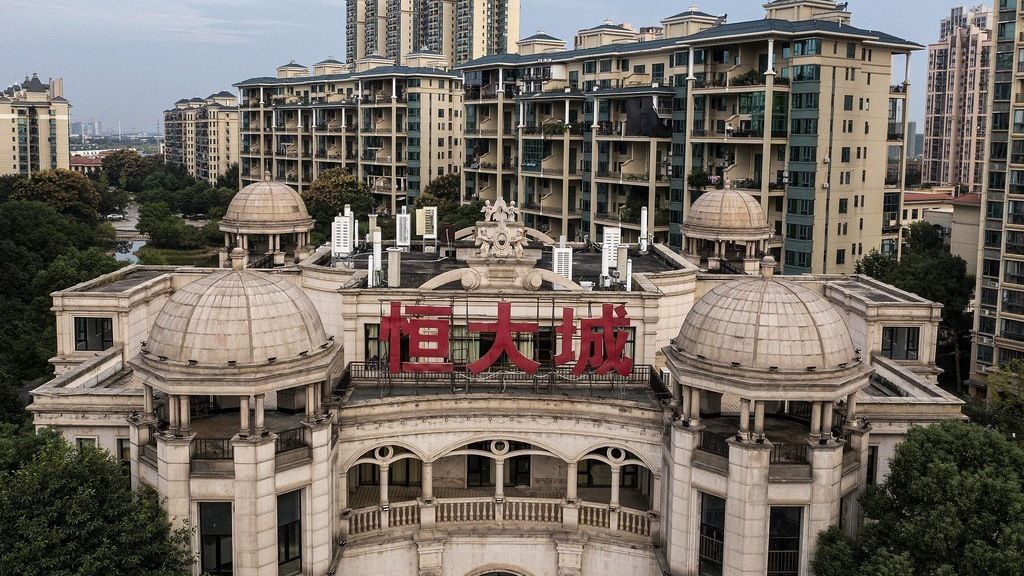 Economy Politics Oct 29, 2021
Evergrande Group, one of China’s largest real estate groups, has plunged into financial crisis. Huge debts incurred by the company have brought it to the brink of collapse. Despite China’s socialist political system, rampant land speculation has created a real state bubble. How will Beijing handle this crisis at a company “too big to fail”? Financial markets around the world are watching closely.

Prices have skyrocketed on China’s real estate market over the past 20 years, and many years have passed since the first alarms were raised about a bubble in this sector.

But why do real estate sales even take place in China, where property is technically state-owned? From the mid-1990s, inspired by Japanese fixed-term land leaseholds (which give the right to lease land and construct your own building), the Chinese government separated property ownership and use rights, establishing the latter as a way to lease and build on land. This triggered large-scale urban and real estate development.

Under the Hu Jintao administration (2003–12), then-premier Wen Jiabao established that proceeds from the sale of land-use rights could provide revenue for regional governments. This resulted in collusion between local authorities and property developers, causing a rush on land speculation.

In real estate economics, the price of apartments and other residential property is measured against the annual income of a working family. A home is considered reasonably priced if it costs within six times that amount. In contrast, by 2020, the average price of urban residential property in China had already skyrocketed to over 50 times a working family’s annual income. For this reason China’s real estate market was said to be experiencing a bubble.

Investment Targets for the Wealthy

If people buy homes to live in them, there is little chance of a real estate bubble occurring. In recent years, though, many wealthy Chinese have been buying because they consider real estate to be an attractive investment. This is because, although the rate of household savings in China is believed to be around 30% of GDP, there are limited financial markets and instruments available for people to invest their funds with confidence.

Another reason for strong demand in real estate is that the rental market is underdeveloped, because the country has an underdeveloped tradition of contract fulfillment. In addition, because people believe that renting property will leave them without assets, many young newlyweds hope to purchase their own home rather than rent. But young couples often lack the financial means to purchase a home, instead receiving assistance from their parents.

The key concern when taking out a housing loan is the interest rate. Under China’s monetary policy, adjustments are often made to the cash-deposit ratio, rather than adjusting interest rates in response to changing economic conditions. Interest-rate policy is rarely implemented. As of September 2021, China’s mortgage rate was said to be around 4.35%, an indication of the heavy repayment burden upon young first-home buyers.

Aside from overinflated property prices, another factor in China’s real estate bubble is that, in many developments, 30%–40% of apartments remain vacant. Investors prefer to wait for the property value to increase and sell their units at a profit, rather than to rent them out. Many wealthy urbanites have made their fortunes through such investment.

But it is always a gamble—profits can be made while property prices continue rising, but they will eventually peak. The game cannot last forever.

The Triad of Local Governments, Developers, and Banks

A further key factor is the business model of developers. As noted earlier, when regional governments sell land-use rights, they hope to maximize the selling price, leading to land speculation in collusion with developers.

In recent years, municipal governments have come to be housed in much larger structures, a sign of their increasing affluence thanks to land speculation. Developers cooperate closely with these governments to secure land for their projects, but as the prices for properties they develop rise, they pull up the land prices as well, squeezing developer profit margins.

Developers rely on bank loans, rather than their own finances, to undertake their business. In some cases banks directly finance developers, but typically they raise investment funds through the sale of financial instruments (investment trusts), attracting both institutional and individual investor​s. While real estate prices are rising, lenders show little concern about the risk of bad debts, and the money spigot remains wide open.

Because regional governments are in the same boat with developers, they encourage banks to provide finance. Consequently, they form a type of triad in this money game.

China Evergrande Group is one of the largest property development companies in the country. It has seen enormous growth since it was established in 1996, when it was called the Hengda Group. Today its debt-to-asset ratio exceeds 80%, presenting obvious exposure. Until now, investors ignored the risks in Evergrande corporate bonds or shares. It is no exaggeration to describe it as a moral hazard, but the banks financing Evergrande were also morally culpable.

Before the risks became apparent, Evergrande was the darling of the real estate market, viewed as a leader in the Chinese economy. The company’s founder, Hui Ka Yan (Xu Jiayin), was even selected as a representative for the Chinese People’s Political Consultative Conference, which acts as an advisory legislative upper house for the Chinese government. The title is also an important tool in influencing government agencies. But its business model was obviously unsustainable.

But no matter how much Hui may have wanted to use his influence to grow Evergrande, the bubble was already inflated to a dangerous level in the real-estate industry, making further stratospheric growth impossible for his company. Indeed, Chinese President Xi Jinping fired a warning shot across the industry’s bow with his statement that housing is for living in, not for investment. But Evergrande’s business model placed it under an inescapable spell. The more it expanded real estate development, the more bank finance ballooned and the higher its debt ratio climbed.

Another issue is the company’s diversified operations. Diversification per se is not an issue, but there must be synergy between businesses. Aside from its core business of real estate, Evergrande expanded into such unrelated areas as “new energy vehicles,” amusement parks, internet media, and a professional soccer team, and its participation in such businesses with little synergy became a burden.

For example, the vehicle requires highly specialized battery, hybrid, and fuel-cell technology, making it a capital-intensive field. But Evergrande lacked the technical expertise and its retained earnings are low. In this business area, the odds were stacked against it.

Too Big to Fail

As the problem of Evergrande’s excess debt became more apparent, the Chinese government turned its attention to reorganizing the real estate industry and market. State-owned banks became hesitant to finance real estate-related projects, which suddenly placed Evergrande’s cash flow in jeopardy. On August 17, 2021, company founder Hui was forced to step down as chairman—a key sign that the end for was near for Evergrande. The move sent stock prices crashing in Hong Kong, New York, Europe, and Japan. Many were worried that this was China’s “Lehman Brothers moment.”

Evergrande was considered too big to fail in political terms. But even if Beijing were amenable to the idea of a bailout, the presence of other companies in similar circumstances waiting in the wings would make this a difficult step to take. Evergrande has now come under government oversight, and is undergoing evaluation of its assets. The first priority is determining the degree of its liabilities. Then, decisions must be taken on how to pay down its debts.

Given these circumstances, it is unlikely that the company will receive aid. If the company is declared bankrupt, the damage would be unfathomably huge. In the worst-case scenario, Evergrande enters insolvency proceedings, and being substantially insolvent, it is unlikely that it will be able to fully repay creditors. The impact will be widespread, affecting banks, trading partners, and institutional and individual investor​s.

In the most likely scenario, the government will step in to effectively nationalize the company, taking over handling of these matters. The next steps are the full examination and appraisal of Evergrande’s assets. It is important to identify the profitable business areas and carve them out from those that are loss-making or insolvent. If the Chinese government undertakes a bailout, it must also consider the responsibility of those in management who led the business into this mess.

The Chinese Communist Party is scheduled to hold its National Party Congress in autumn 2022, and Xi Jinping is expected to retain his hold on power. Xi’s government is touting a rhetoric of “common prosperity” to reduce socio-economic disparity, but if the real estate bubble collapses as a result of Evergrande’s financial failure, it will cause widespread social unrest.

The real estate industry is estimated to contribute as much as 30% to China’s economic growth. Should the property bubble burst, China’s economy will suffer a dramatic slump, raising the specter of a jump in unemployment. Consequently, it is likely that the government will extend aid to Evergrande. Of course, that will not eliminate the risk of a future collapse of the bubble, signaling the inevitability of economic and social destabilization at some point.