The Great East Japan Earthquake that devastated the Tōhoku region struck on Friday, March 11, 2011 at 2:46:18 p.m. The epicenter was off the coast of the Sanriku region in northeast Japan (around 130km east southeast of the Oshika Peninsula), at a depth of approximately 24km. The magnitude 9.0 earthquake was the strongest ever recorded in Japan, and the fourth largest anywhere in the world since 1900 according to the United States Geological Survey.

Strong tremors were felt across a wide area. On the Japanese seismic intensity scale, which measures the perceived intensity of tremors in different locations in units called Shindo, the earthquake measured a level of Shindo 7 in Kurihara, Miyagi Prefecture; Upper 6 in other parts of Miyagi Prefecture and in Fukushima, Ibaraki, and Tochigi Prefectures. Tremors measuring Shindo Upper 5 were recorded as far away as Tokyo.

Seismic Intensity in Areas of Japan 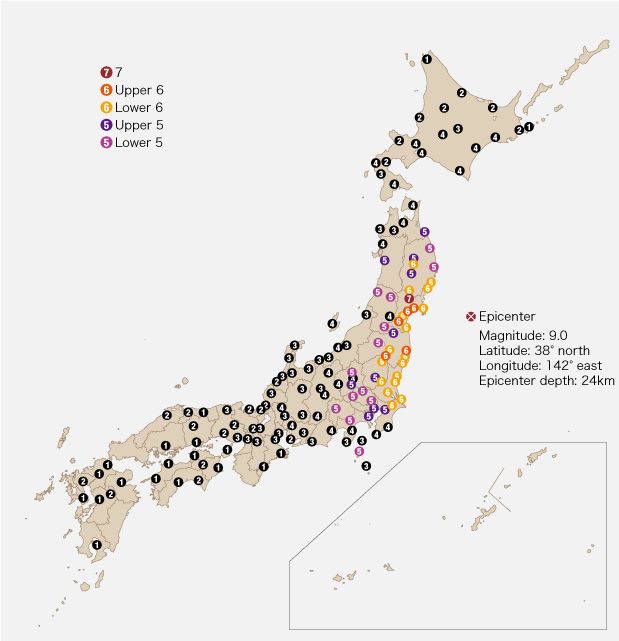