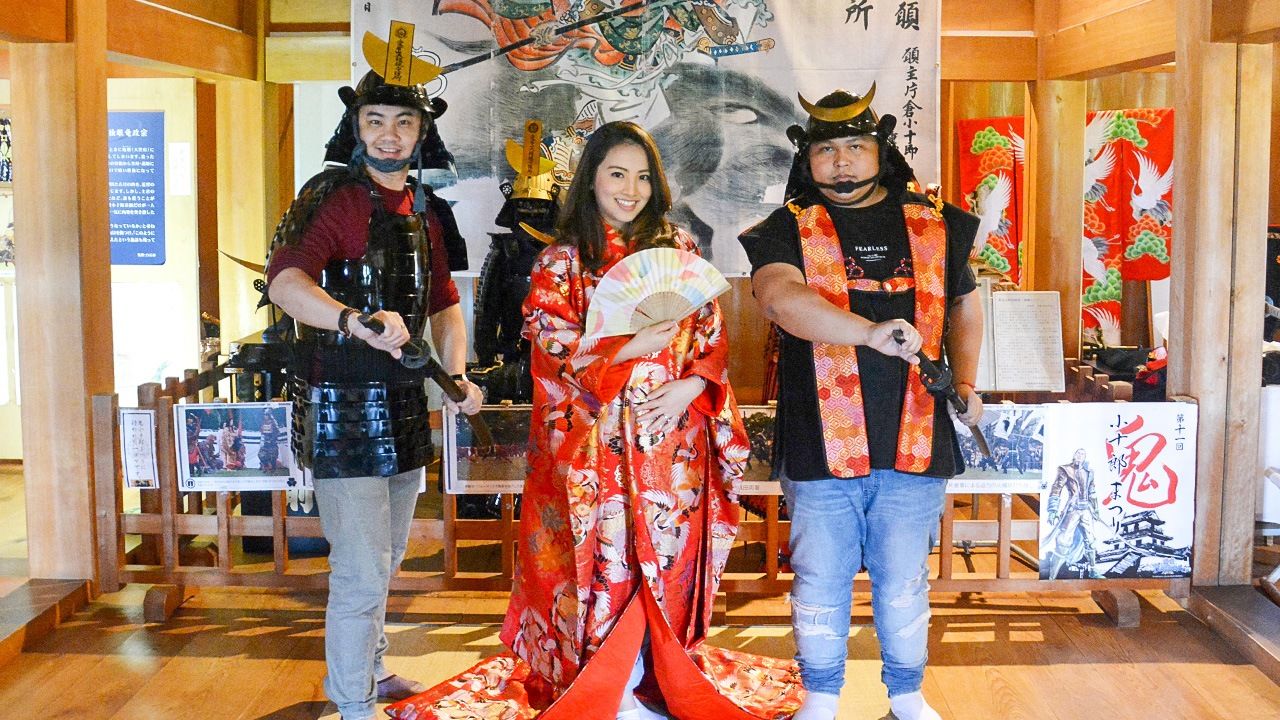 A record 31.2 million foreign tourists came to Japan in 2018. This was an 8.7% rise from the previous year and the highest figure recorded since statistics started being collected in 1964. The government’s goal of reaching 40 million overseas visitors in 2020, when the Tokyo Olympics will be held, is picking up pace. 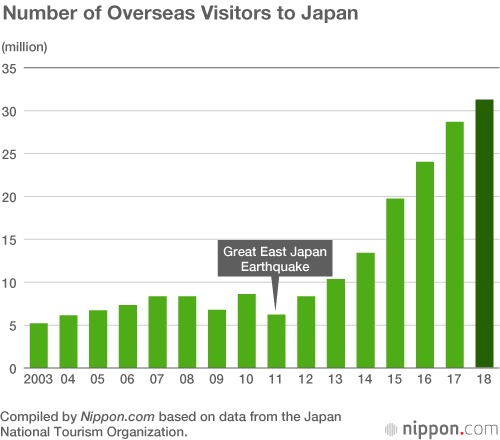 Visitor numbers in the period February to June 2018 saw double digit-growth compared to the same month the previous year. However, a series of natural disasters, including the Osaka Prefecture earthquake in June, the heavy rains in western Japan from late June through early July, and the Hokkaidō earthquake in September, meant just 2,159,600 visitors came to Japan in September 2018. This was 5.3% lower than September 2017, and the biggest year-on-year drop since January 2013. Figures recovered from October onward though, and apart from Hong Kong, the number of visitors from most countries and regions rose to new highs in 2018. 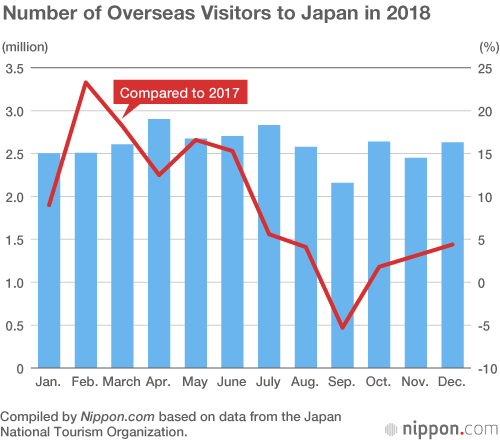 By country, while visitors from China dropped during the summer months, individual travel increased again from October and rose in total by 13.9% to 8.4 million. With South Korea, new low-cost airline services have meant more seats are available for travel to Japan, contributing to increased visitor numbers. Thailand too has expanded new airline services and flights, and visitor numbers, which rose particularly between June and August, exceeded 1 million in 2018. This is the first time for a Southeast Asian country to achieve that figure. Cruise ship travel was in demand among tourists from Europe, North America, and Australia, and visitor numbers remained favorable throughout the year. 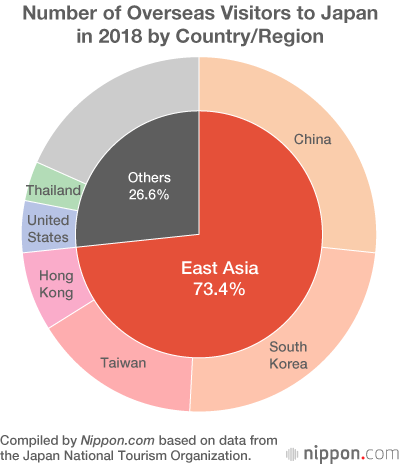 Top 20 Countries/Regions by Number of Visitors

Compiled by Nippon.com based on data from the Japan National Tourism Organization.