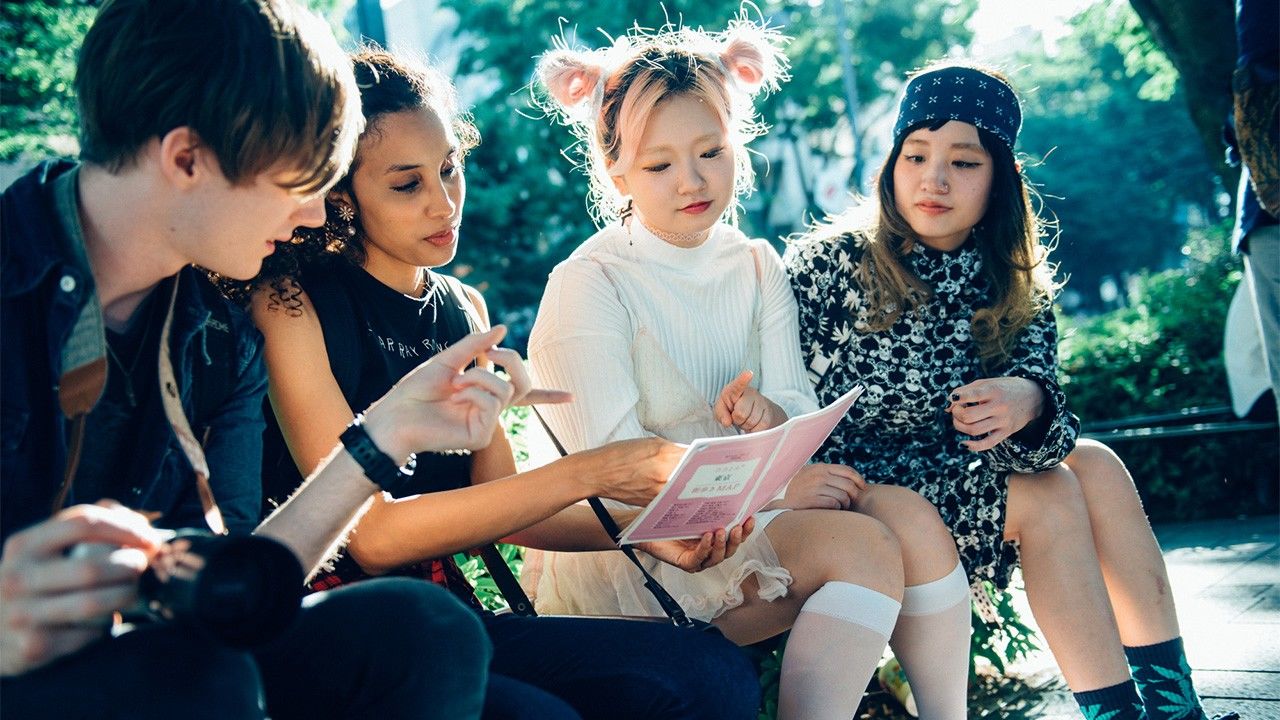 The Changing Face of Tokyo: One in Eight Shinjuku Residents Are Foreign Nationals

Society Feb 27, 2019
As of January 1, 2019, a record 550,000 foreigners reside in Tokyo. Shinjuku is far and away the Tokyo municipality with the highest number of foreign nationals.

Foreigners living in Tokyo totaled 551,683 as of January 1, 2019. The capital’s foreign population declined temporarily following the Great East Japan Earthquake in 2011, but began to rise again from 2014, and since then has been growing at an increasing pace. Foreigners now account for 3.98% of Tokyo’s population, as compared to 2.44% in 2000. 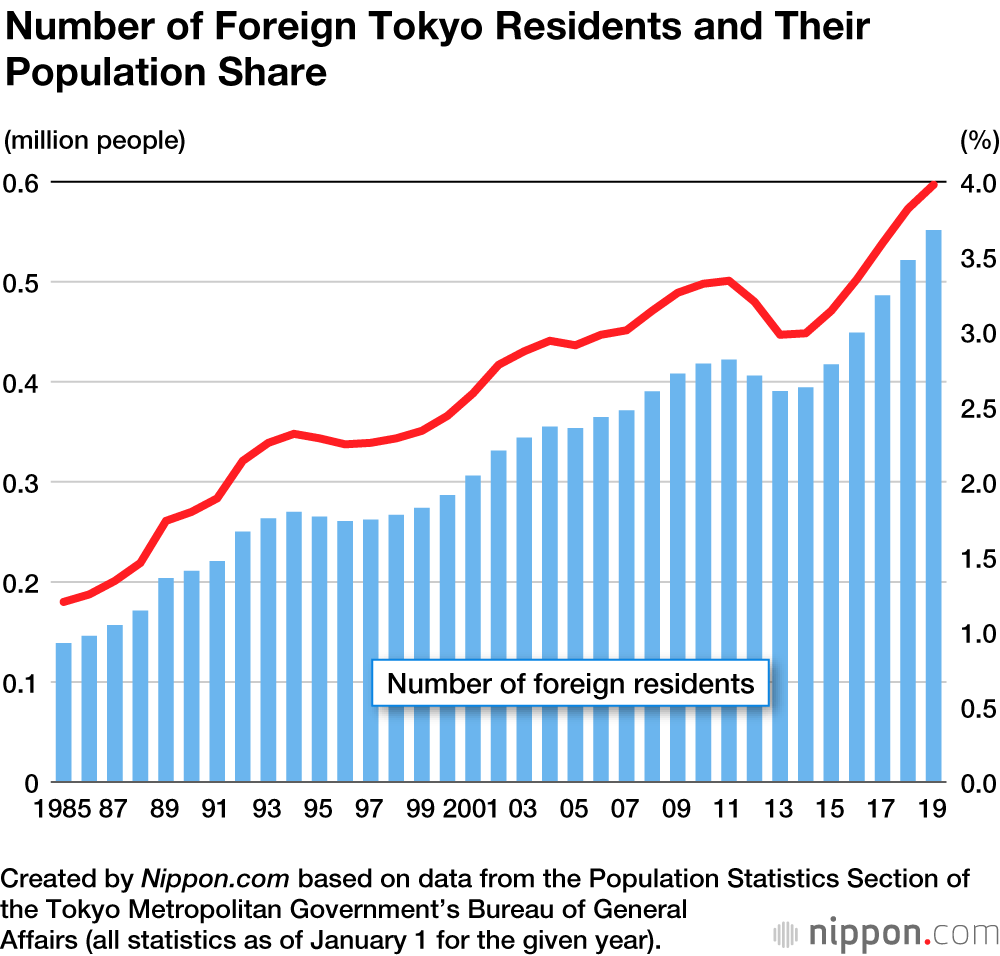 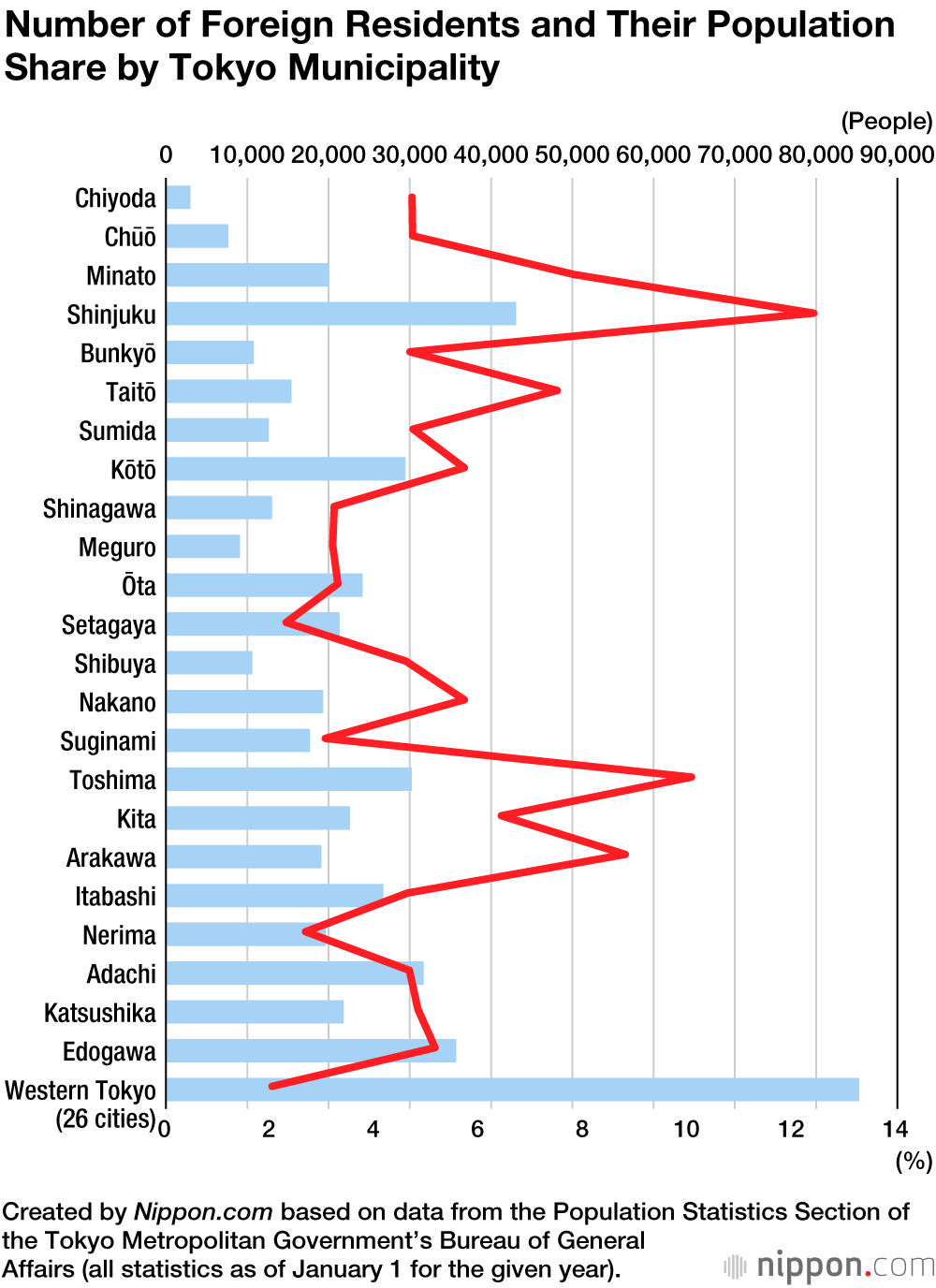 Chinese account for the largest number of foreign residents at 213,767, or 38.75% of all foreigners in Tokyo, followed by South Koreans at 16.75%, Vietnamese at 6.57%, Filipinos at 6.02%, and Nepalese at 4.95%. Japan’s foreign population was once dominated by Korean special permanent residents living in the country since before 1945 or their descendants. Thirty years ago, South and North Korean nationals, Chinese, and Americans made up over 80% of Tokyo’s foreign residents, but in recent years there has been an influx of foreigners from a variety of countries, particularly in Asia, contributing to Tokyo’s emergence as a multicultural city. As of January 1, 2019, people from 184 different countries or regions now make Tokyo their home. 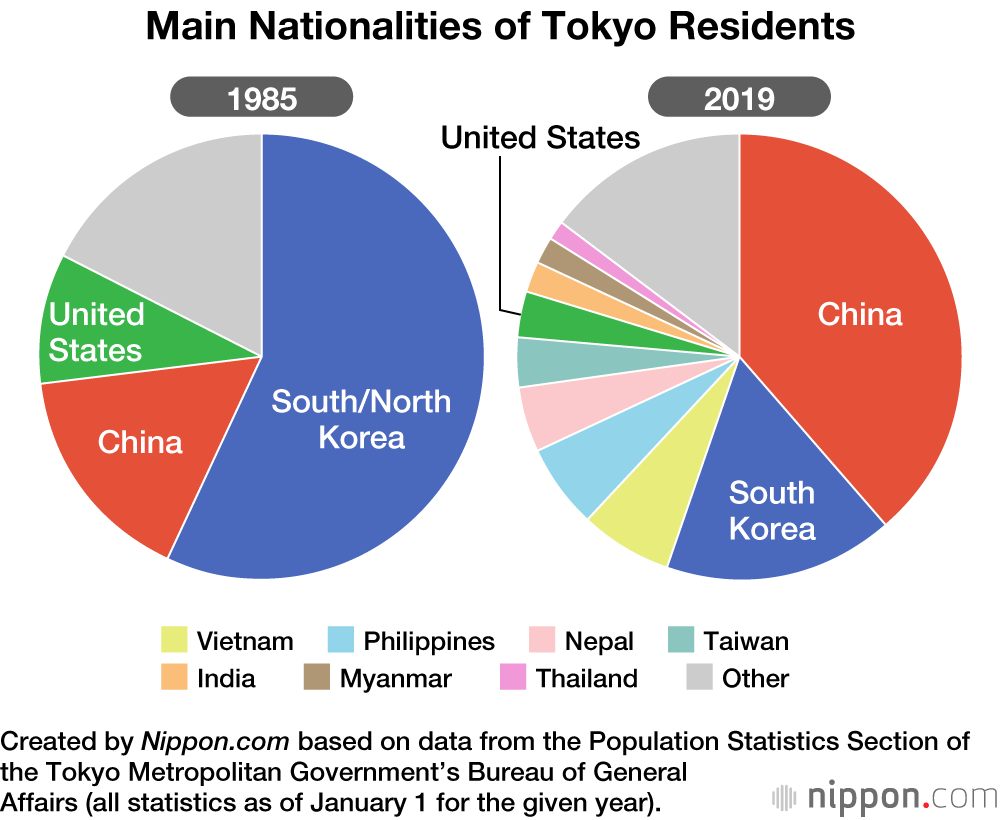 Chinese are spread out quite evenly around central Tokyo’s 23 municipalities, whereas residents from Vietnam, Nepal, and Myanmar are concentrated in Shinjuku and Toshima. The most popular municipalities for Americans are Minato, where they represent 17.6% of the population, Setagaya, and Shibuya. Among the Indian population, 4,148 people, or 34.2%, are now living in Edogawa. Around the turn of the century, many Tokyo companies began hiring Indians as skilled IT personnel, in response to concerns about the possible Year 2000 problem. Many Indians settled around Nishi-Kasai Station on the Tōzai Line, given its easy access to Ōtemachi, Kayabachō, and other areas where financial companies and IT firms are located. Since newcomers from India relied on friends already living in Tokyo to help them find housing, more and more came to live in the vicinity of Nishi-Kasai, so that it has come to be known as “little India.”