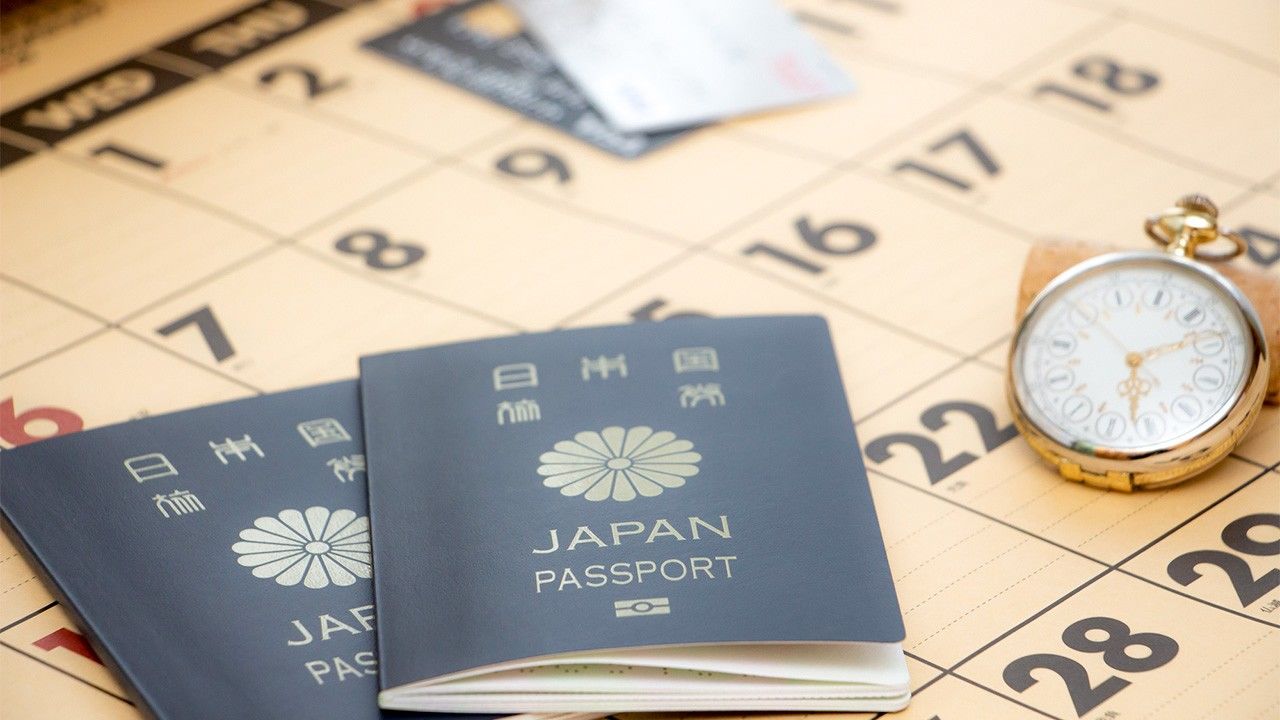 Society May 7, 2019
Despite the postponement of the Olympics, changes made to Japan’s national holiday schedule in 2020 will remain in place.

Japan reshuffled some of its national holidays in 2020 to accommodate the Tokyo Summer Olympics. The games are now set to take place from July 23, 2021, but the changes to the holiday schedule in 2020 remain in place. Marine Day is moved a week later to July 23, the day before the Olympics opening ceremony was scheduled; Sports Day has been shifted from October to July 24, the day planned for the opening ceremony; and Mountain Day is a day early, on August 10, the day after the closing ceremony would have taken place. The aim was to reduce rush hours for commuters and students, as well as to avoid traffic congestion, so that the athletes could travel to and from venues and security could be maintained without problem.

Following the accession of Emperor Naruhito in 2019, the Emperor’s Birthday national holiday from 2020 takes place on February 23.

Health and Sports Day will be renamed Sports Day from 2020. Compiled by Nippon.com based on information from the Cabinet Office, Government of Japan website.

Holiday Periods at a Glance 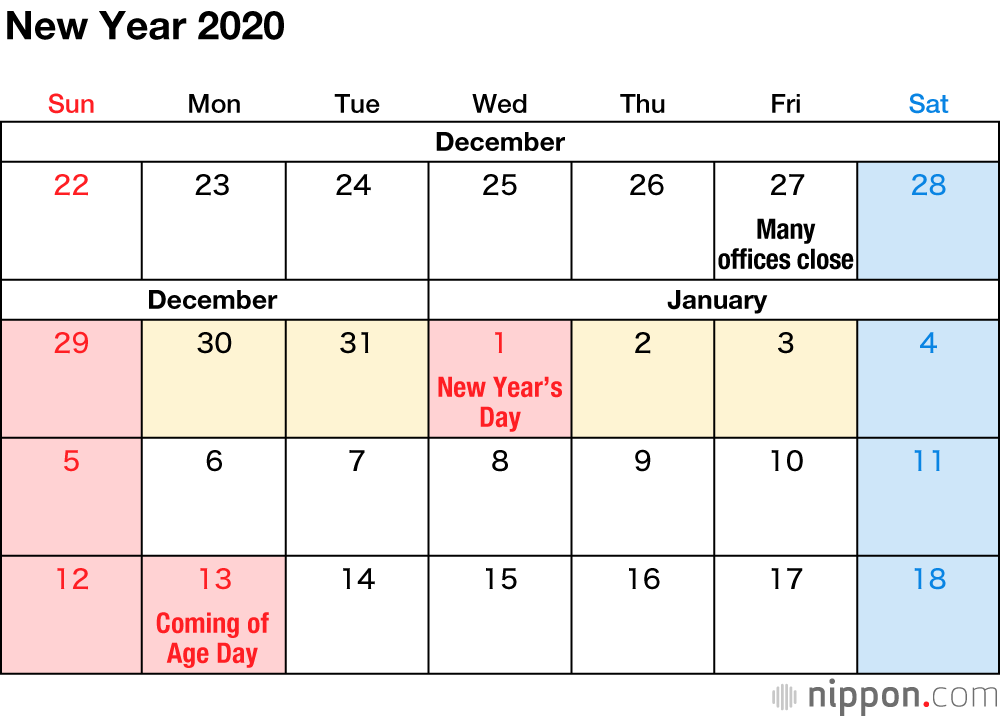 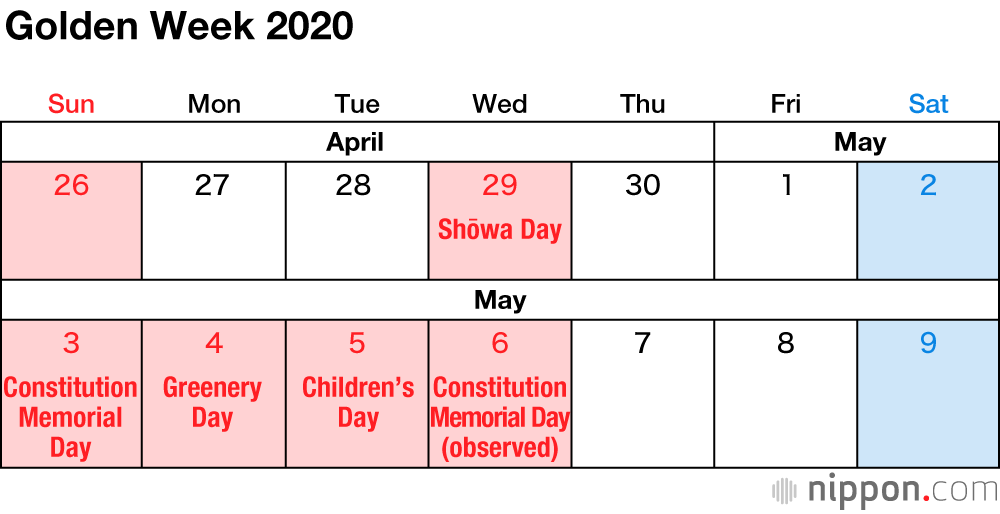 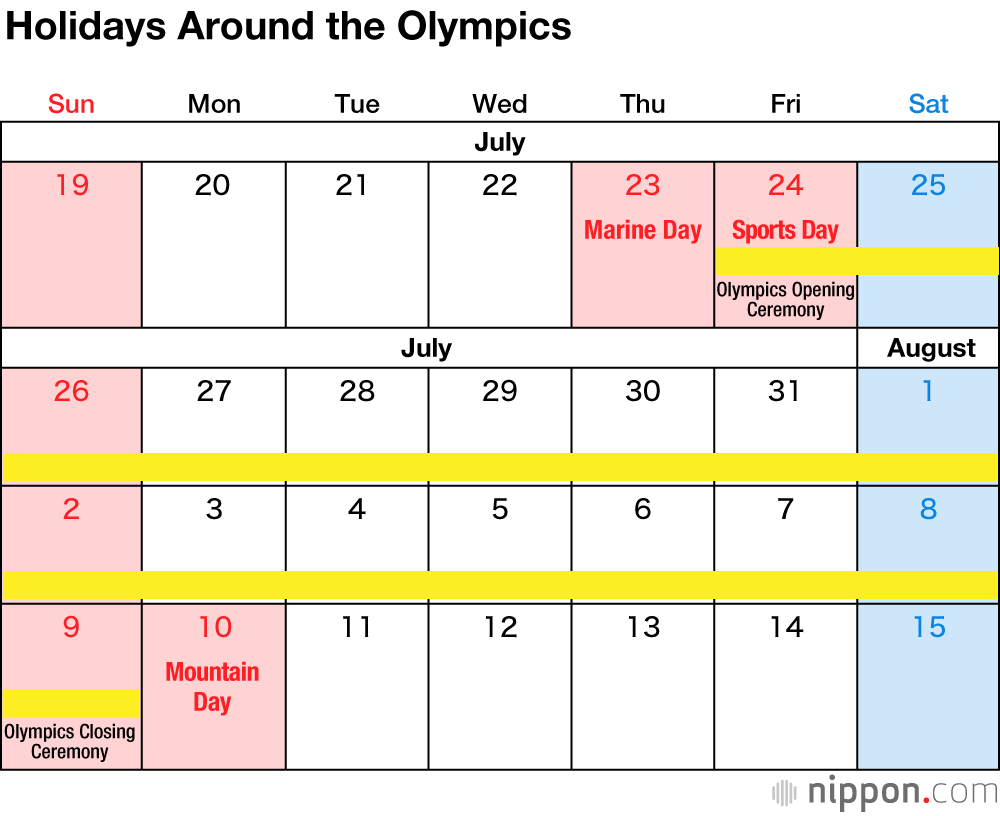