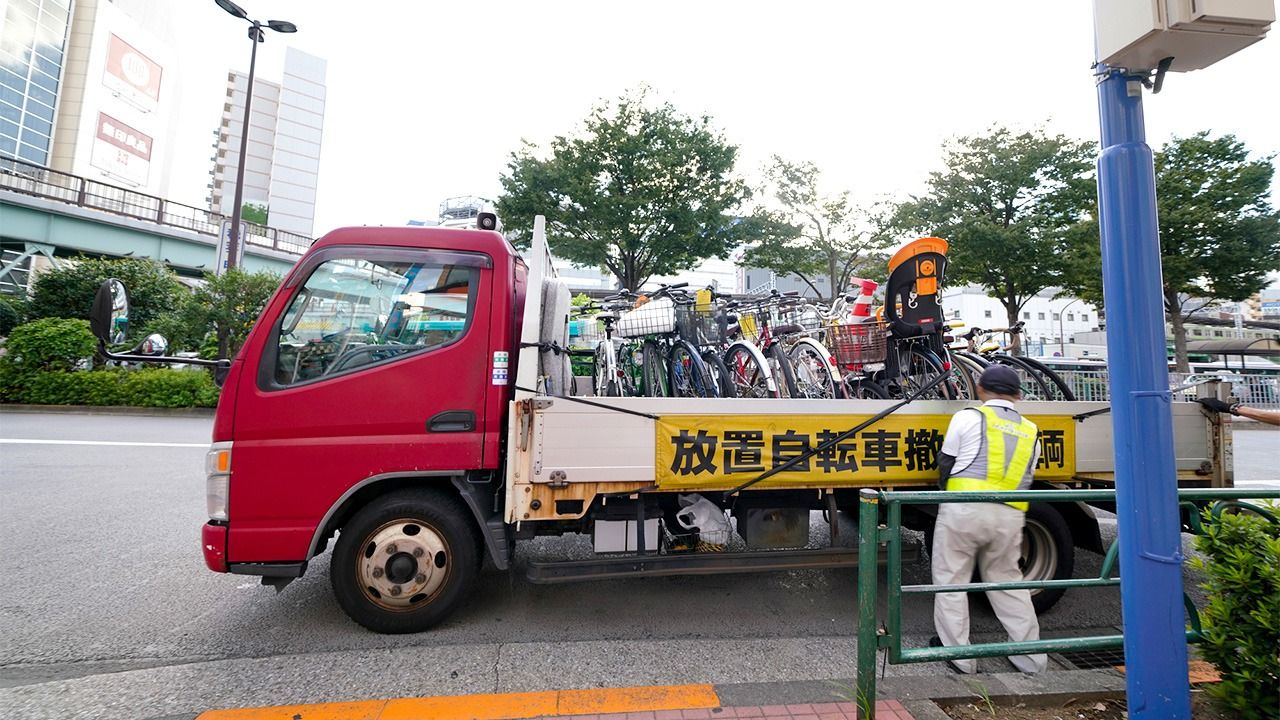 Society May 21, 2019
Abandoned bicycles used to be a major headache for Japanese cities but thanks to action by local bodies, Tokyo has achieved a tenfold reduction in the space of 30 years.

A Tokyo Metropolitan Government survey for fiscal 2018 counted just over 27,000 bicycles abandoned at railway stations around the city (the official figure includes mopeds and motorbikes, although these are rare). This is the lowest number ever, and represents a reduction of nearly 4,000 on the year before. It is also a mere tenth of the figure of 243,000 recorded in 1990. The survey was performed by municipalities across Tokyo in October 2018, during daylight hours, and counted bicycles abandoned at around 600 railway and subway stations. 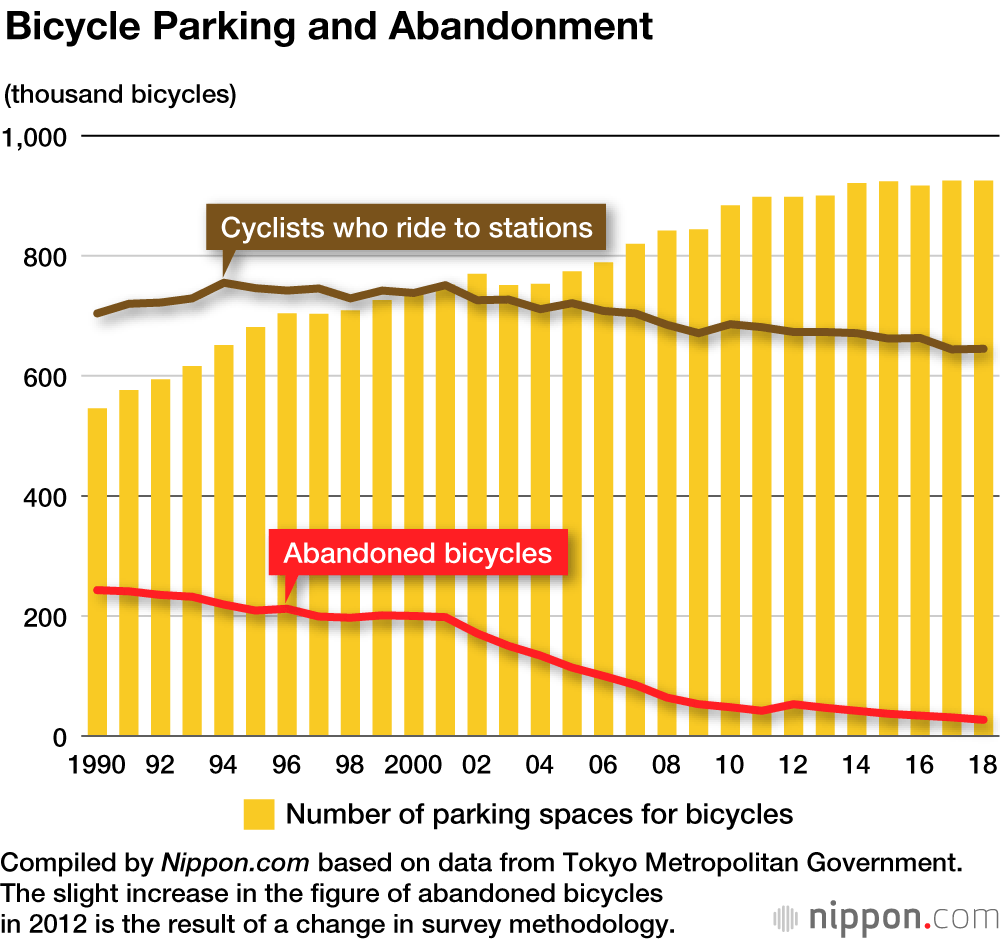 Bicycles abandoned outside train stations are obstructive for both pedestrians and emergency vehicles alike, and have been a headache for Japanese cities for around 40 years now. According to surveys conducted by the Tokyo Metropolitan Government, in the period between 1990 and 2000, over 700,000 cyclists were riding their bikes to stations, with between a quarter and a third of those bikes being abandoned in any given year.

While in 1990, the worst year for abandoned bicycles, only 540,000 parking spaces were available to accommodate the 704,000 cyclists who rode to stations, by 2018 the number of spaces had increased to 925,000. These numbers show that there is now ample parking available.

The Rising Cost of Abandoned Bikes

Municipalities that remove bicycles abandoned in their jurisdiction will return any stolen bikes to their owners before destroying the rest. While the number of bicycles being removed is declining year by year, we can see that around 360,000 bicycles were removed from railway stations in fiscal 2017, of which around 160,000 were destroyed. 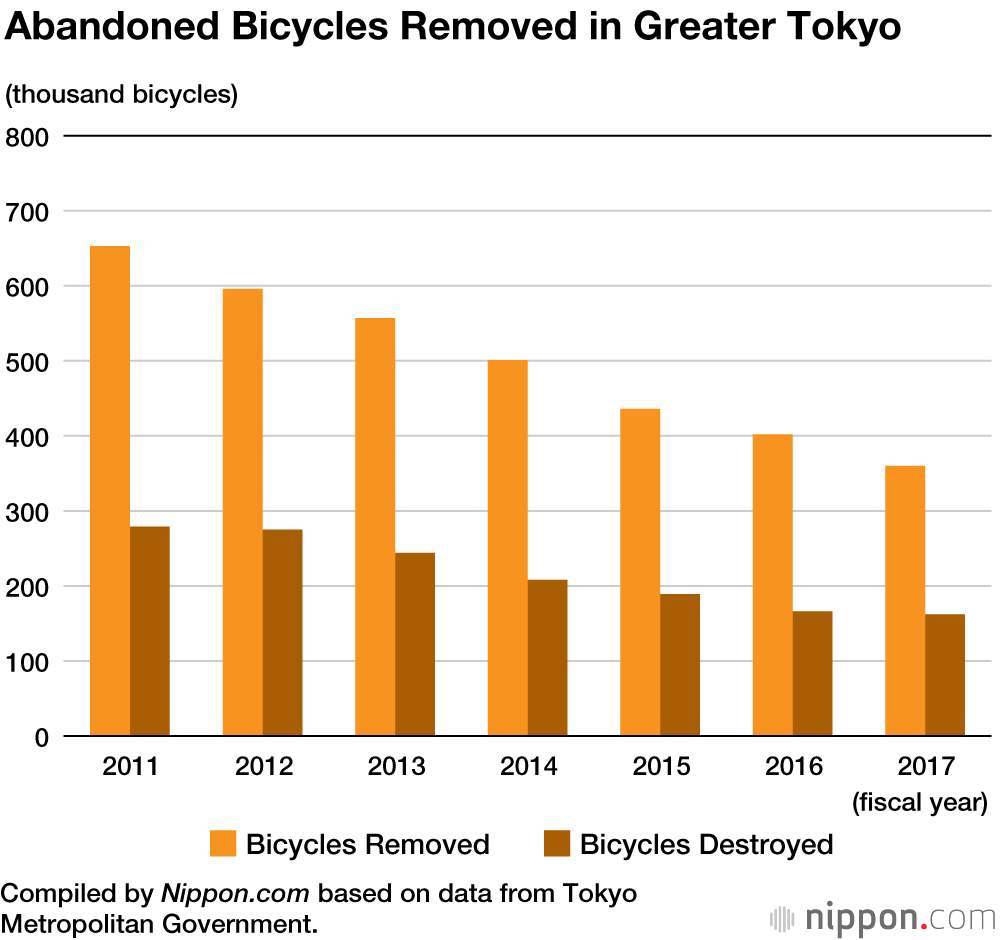 In fiscal 2017, Tokyo spent a whopping ¥18.1 billion on the creation of parking spaces for bicycles and the organization and removal of abandoned bicycles. Of this total, ¥3.12 billion was spent on parking spaces while ¥15.03 billion was spent removing abandoned bicycles. While fewer bikes are being removed, the cost actually increased by ¥1.1 billion against the year before.

A representative from the urban infrastructure management division of Ōta in Tokyo, which is responsible for dealing with bicycles abandoned in the municipality, told us that, “Bicycles abandoned outside stations represent a significant cost. Workers need to be permanently stationed in the area to marshal cyclists, for instance. While commuters are increasingly using paid parking, cyclists out for a night on the town tend not to follow parking etiquette.”