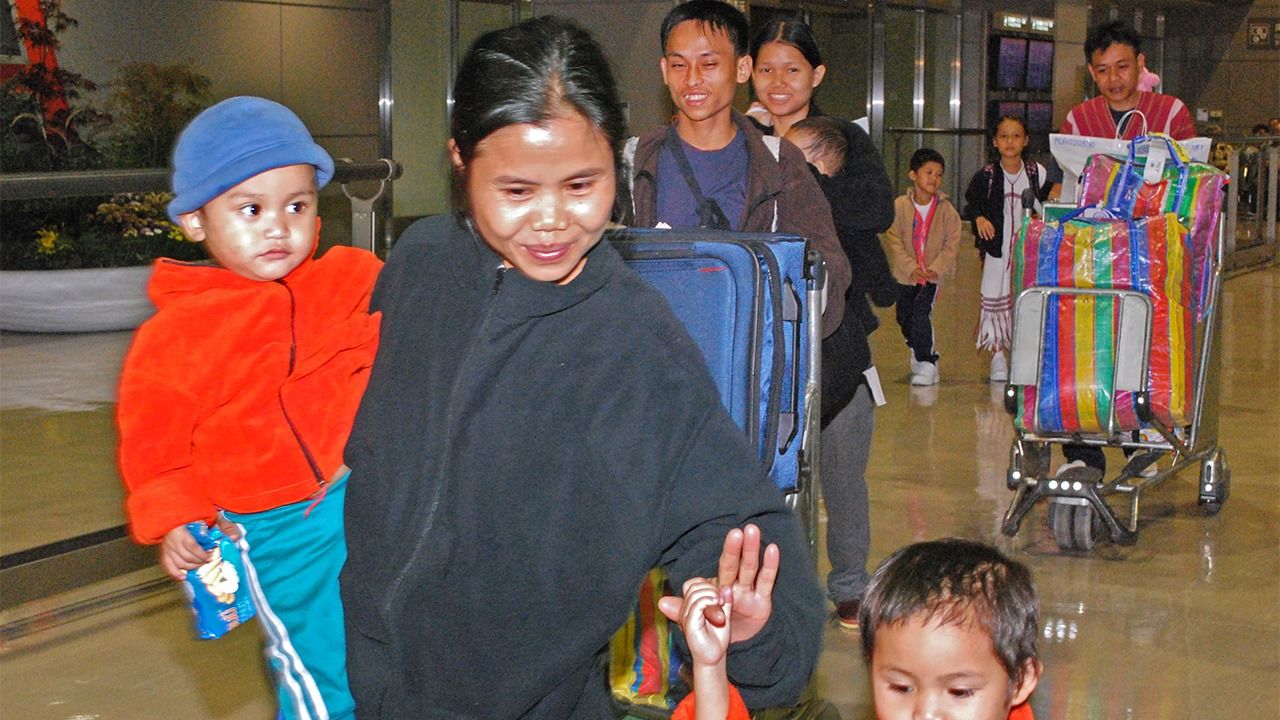 The table below shows recent figures for refugee recognition applications and those granted status or special residence permits in Japan.

Compiled by Nippon.com based on data from the Ministry of Justice.

The 42 people who received refugee status in 2018 included 13 from the Democratic Republic of the Congo, 5 each from Yemen and Ethiopia, 4 each from Afghanistan and China, and 3 each from Iran and Syria.

Although not recognized for refugee status—for which various protection measures apply—at the discretion of the Ministry of Justice, 40 people in 2018 received special residence permits as they could not return to their own country due to humanitarian-related issues. In 2009, 501 people received this special residence status; however, that number has been falling year on year ever since.

A survey by the nonprofit organization Japan Association for Refugees found that in 2016 Germany accepted 260,000 refugees (a recognition rate of 41%), France 24,000 (21%), the United States 20,000 (62%) and Britain 13,000 (33%). Compared to this, Japan’s figures were extremely low with just 28 refugees accepted and a recognition rate of 0.3%. Due to this, there are growing calls from both within the country and internationally for Japan to further contribute toward refugee protection. 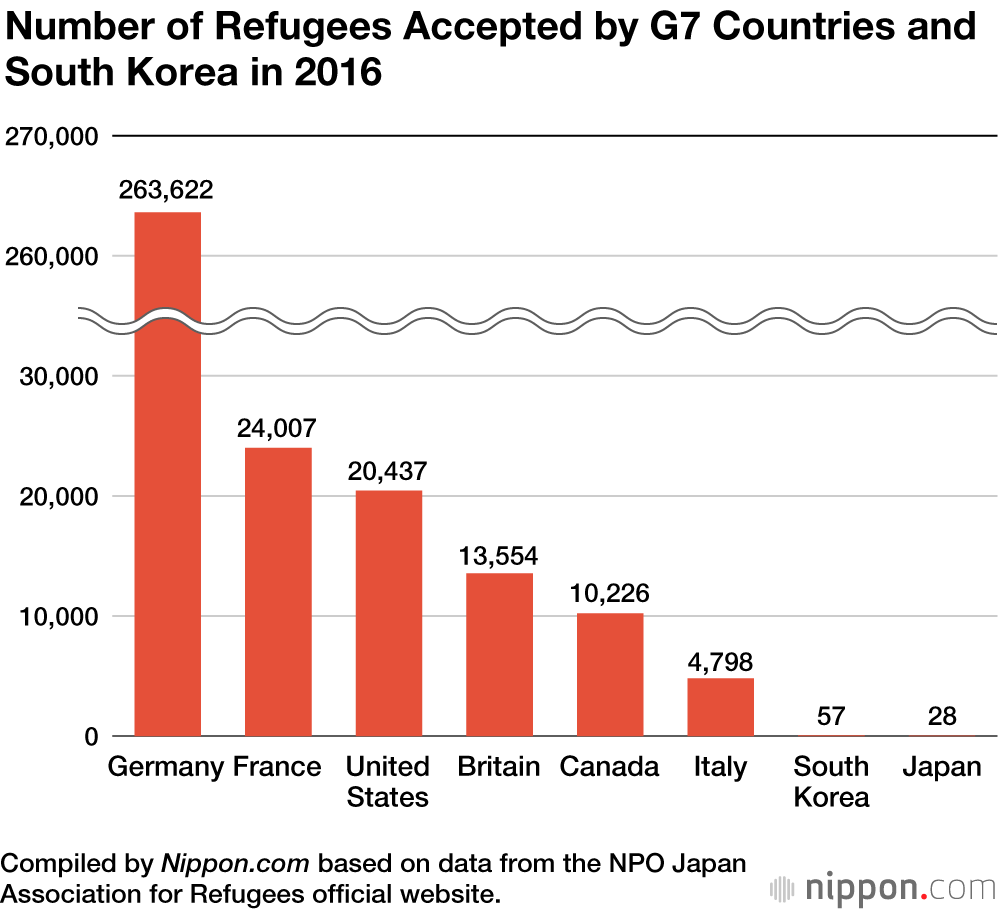 The Ministry of Justice has responded by stating that 55% of the refugee applications for Japan were from five countries—Nepal, Sri Lanka, Cambodia, the Philippines, and Pakistan—and that most applicants’ countries had no issues that would cause large numbers of refugees or displaced persons. The ministry added that there were just 50 applicants from the top five countries in the world whose citizens apply for refugee status (equivalent to 33% of the world’s applicants) with 7 from Afghanistan, 3 from Iraq, 9 from Syria, 2 from Venezuela, and 29 from the Democratic Republic of the Congo.

Refugee Status Applications Drop by Half

Nearly 20,000 people applied for refugee status in Japan in 2017; however, in 2018 this number fell by almost half. Behind this decrease is the tightening of the examination process by the MOJ in response to fraudulent applications for work purposes. It had been the case that applicants could work for six months in Japan after submitting their application, in consideration of the financial difficulties incurred due to the long application process.

However, from January 2018 the system was changed. Applicants’ documents are checked within two months of submission and any who clearly do not qualify for refugee status are no longer permitted to work.