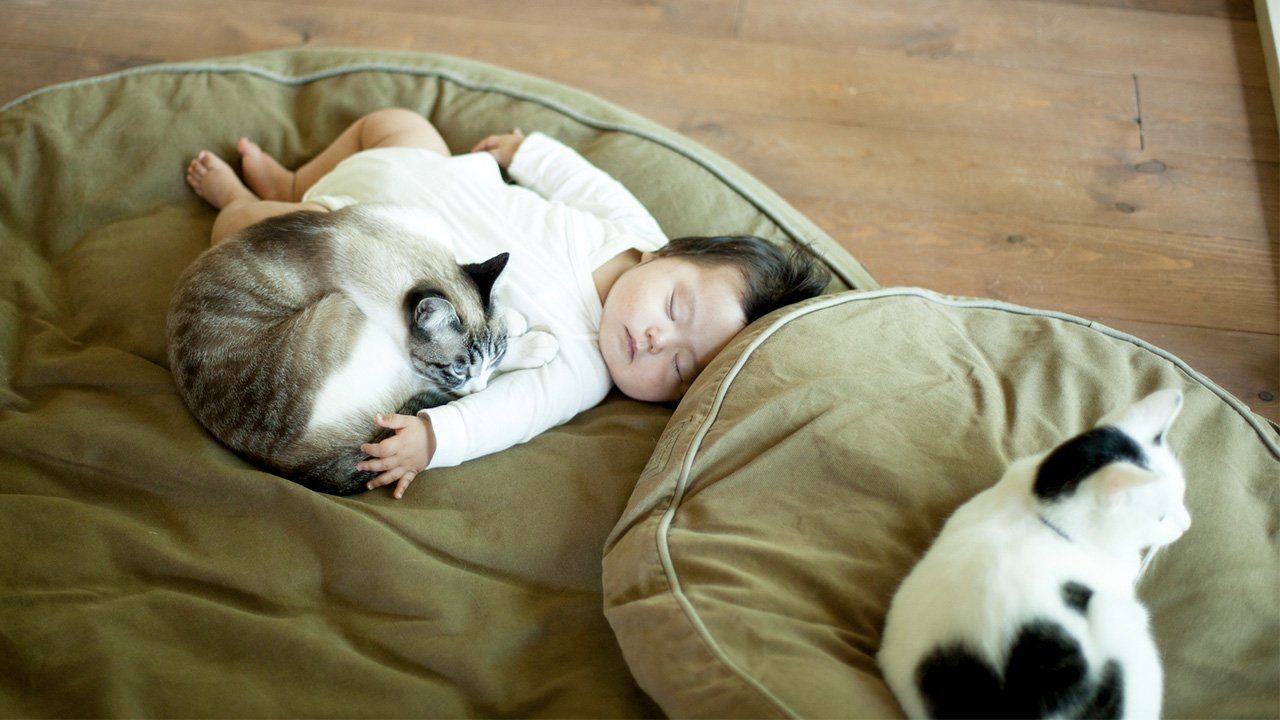 Society May 28, 2019
While the debate between dog and cat lovers continues unending, recently it seems that cats are coming out top in Japan.

According to a nationwide survey on cats and dogs being kept as pets conducted annually by the Japan Pet Food Association, the total number of dogs in 2018 was 8,903,000, but the total number of cats was higher with 9,649,000. In recent years, the figure for dogs has been falling while that for cats is gradually rising. 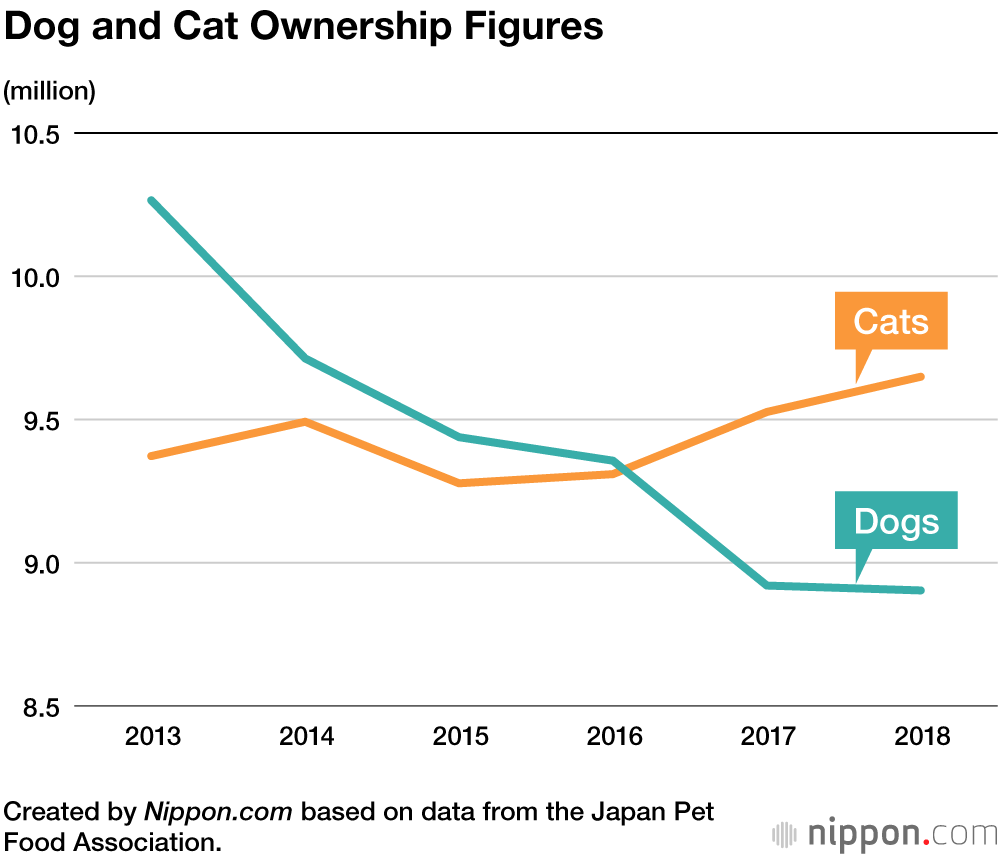 While there has been little year-on-year change in cat ownership by age of owner, the proportion of dog owners in their fifties and sixties has been steadily falling. Approximately 90% of cats and dogs are kept inside; however, as dogs need walking, this is becoming a burden on middle-aged and older owners. 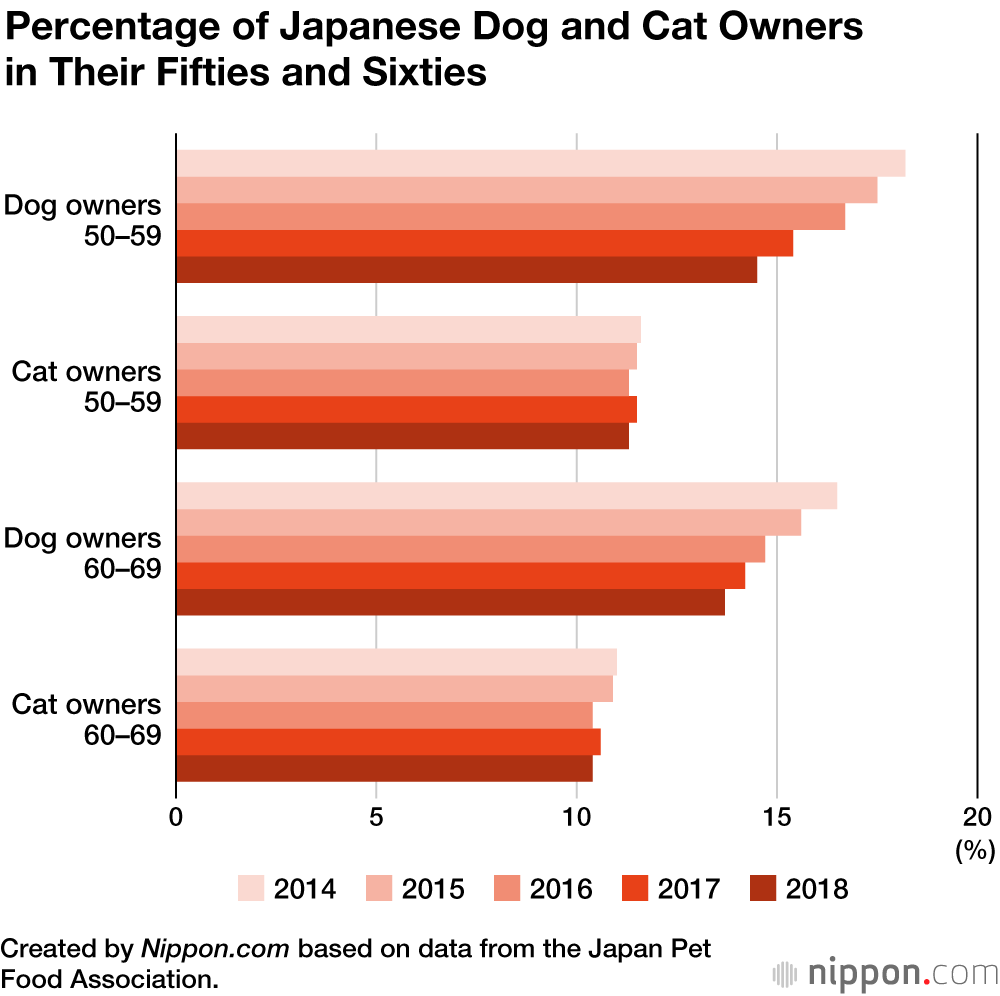 Further, a comparison of monthly expenditure (including veterinary costs) shows a large gap between dogs costing ¥11,480 and cats only costing ¥7,521. On average, dog owners take their pet to the vet 4.36 times a year, while cat owners go 2.37 times, so cats overall take less time and money, making them a partner that is easier to care for.

Most Popular Dogs and Cats Among Pet Owners

Created by Nippon.com based on data from the Japan Pet Food Association.