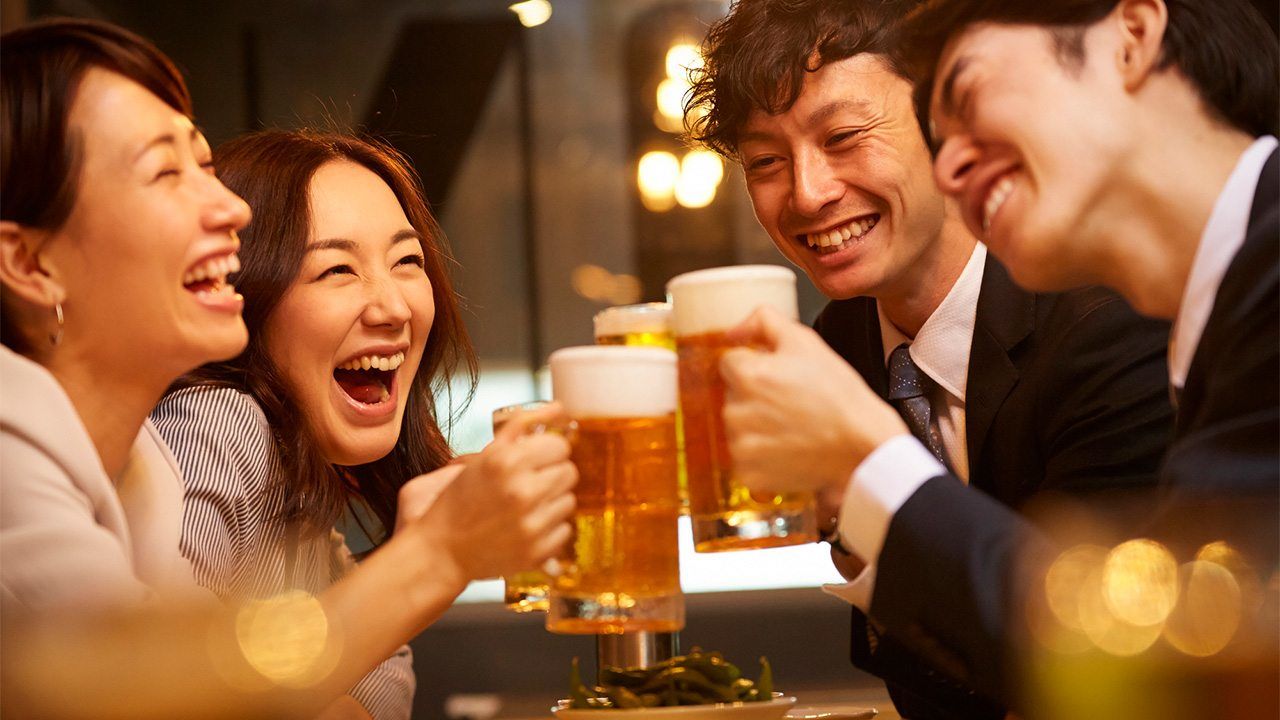 Society May 29, 2019
Japan’s drinking culture remains strong, but per-capita consumption continues to decrease, falling 20% compared to the peak year of 1994, as does tax revenue from alcoholic beverages.

Tax revenue from alcoholic beverages peaked in fiscal 1994 at ¥2.12 trillion and has steadily declined, totaling to just ¥1.3 trillion in fiscal 2017. 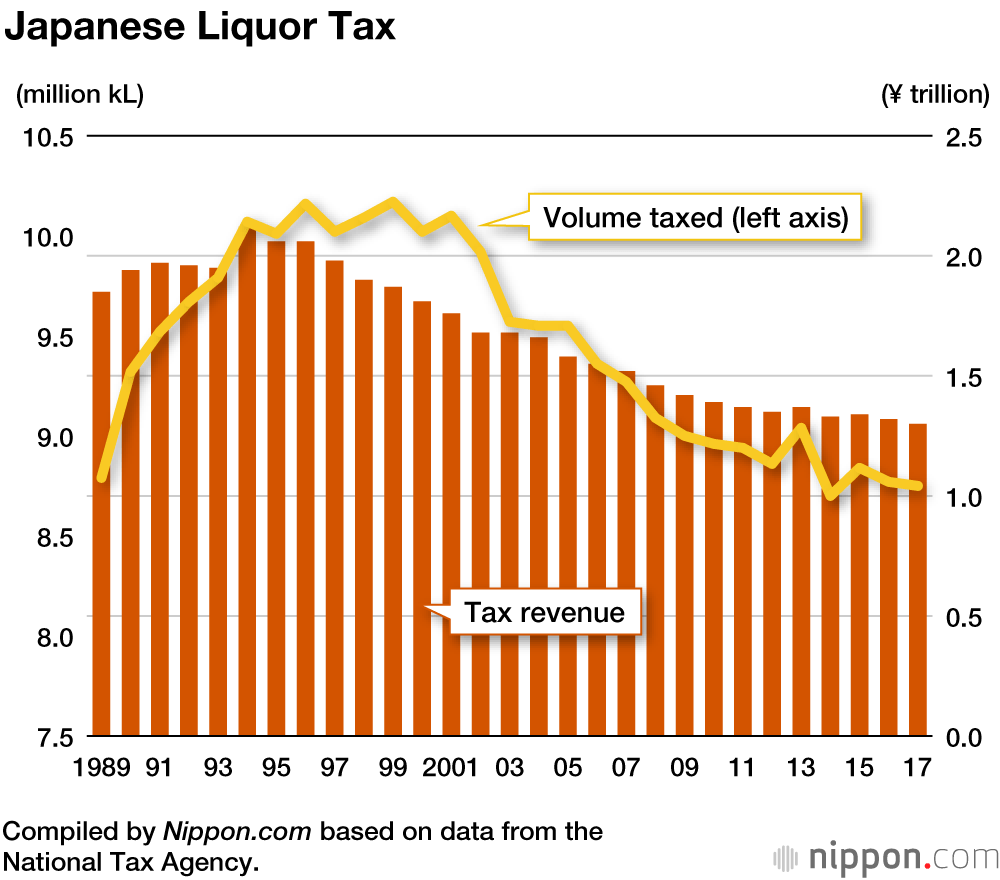 Japan’s aging population is an underlying factor in the decline in alcohol consumption. Japanese 60 and older accounted for 40.9% of the adult population in 2017, compared to 23.2% in 1989. Regular consumption of alcohol tends to increase sharply starting with 30-year-olds, but then declines significantly among people 70 and older. Although the overall adult population has not shrunk, it is gradually getting older. 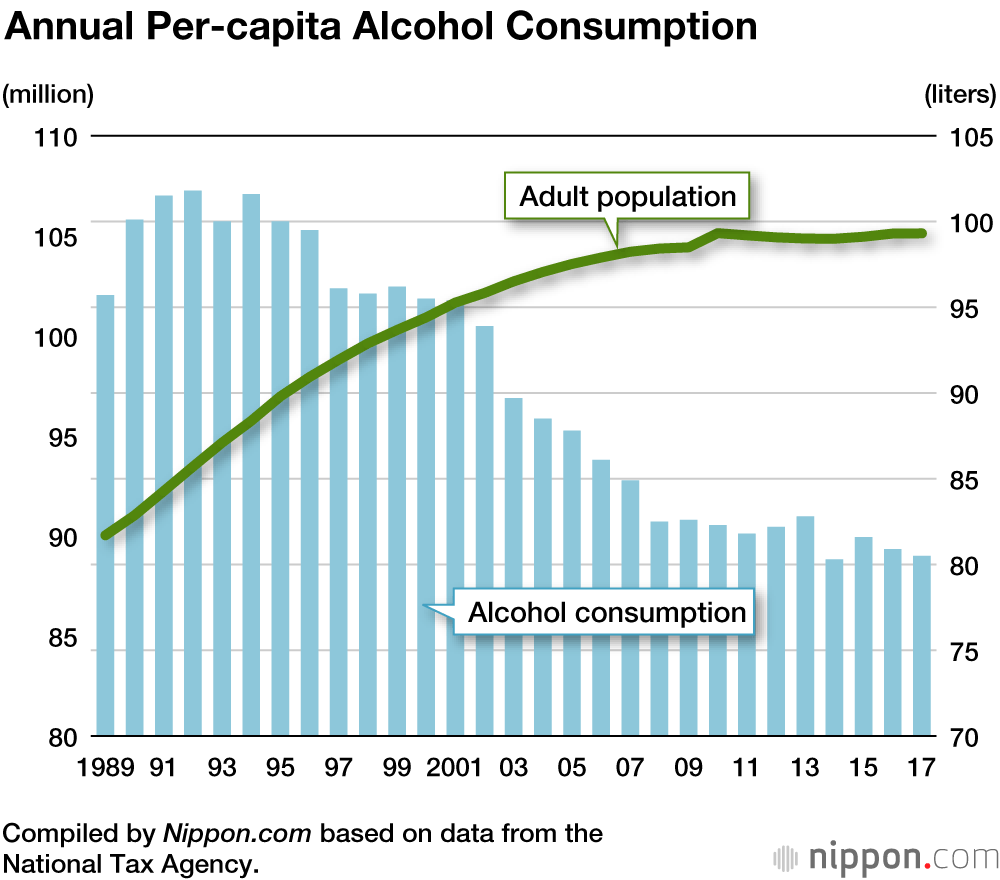 Looking by alcoholic beverage, beer generated over 40% of liquor tax revenue, or around ¥576 billion, while quasi-beer products like happōshu and “liqueur” drinks including shōchū highballs totaled more than ¥93 billion and ¥188 billion, respectively. Alcohol accounts for 2.1% of overall Japanese tax revenue. 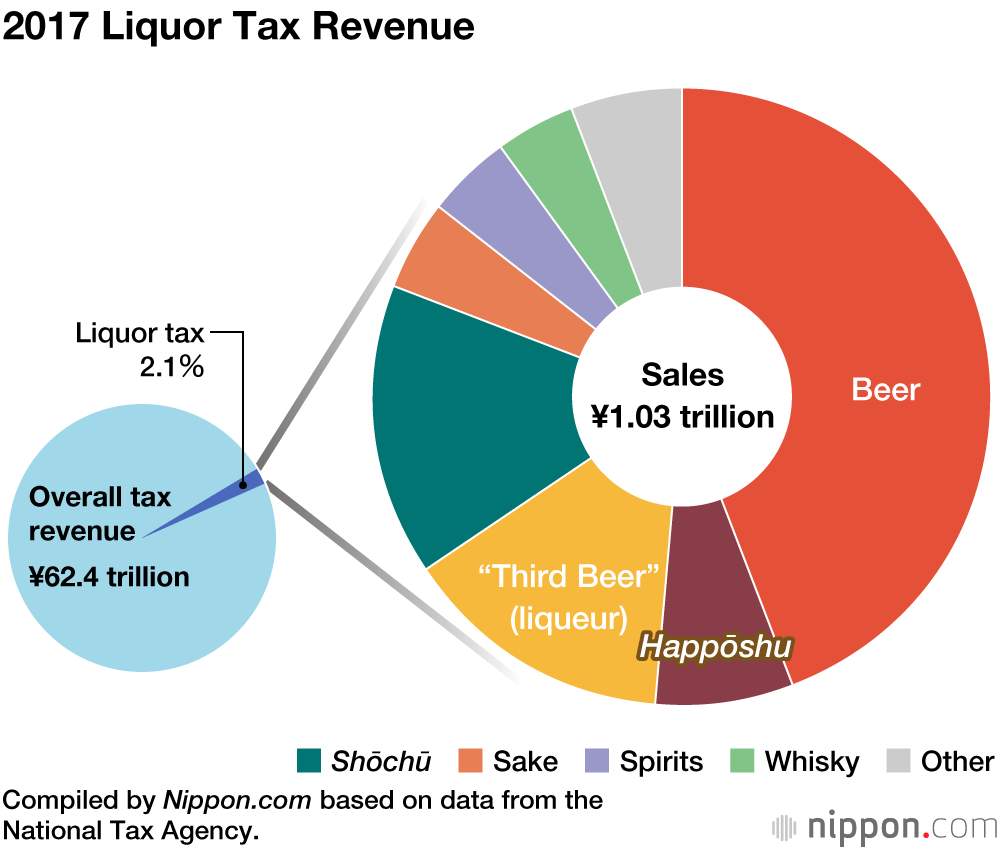