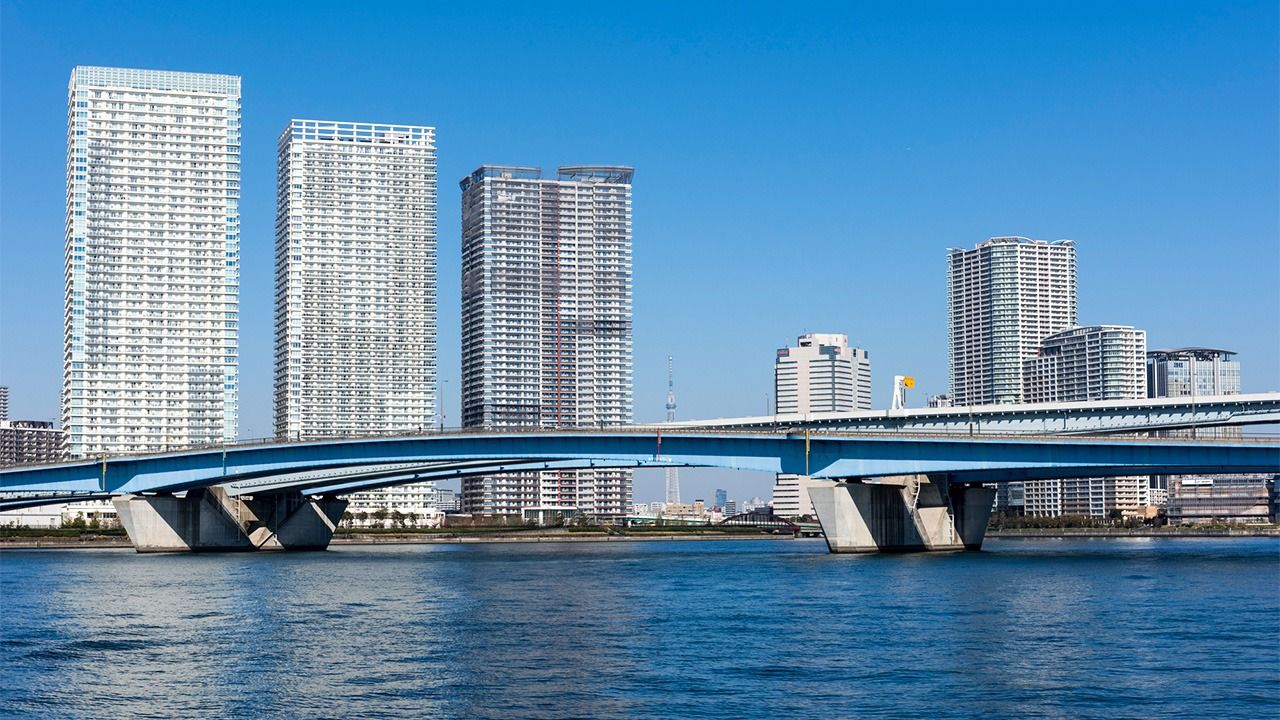 Economy Society May 30, 2019
Residential tower blocks are back in fashion in Tokyo, spurred by pre-Olympic redevelopment.

An April survey by Japan’s Real Estate Economic Institute found that a total of 69 high-rise apartment buildings are scheduled for completion in 2019, in a significant increase on the figure of 45 the year before. This translates into a total of 18,988 apartments. Of these tower blocks—defined as residential buildings of 20 stories or more—34, or around half, will be constructed in greater Tokyo. While the market had slumped somewhat from its peak in the mid-2000s, things are looking up again amid major redevelopment work in central Tokyo and the Tokyo waterfront area ahead of the 2020 Olympic Games. 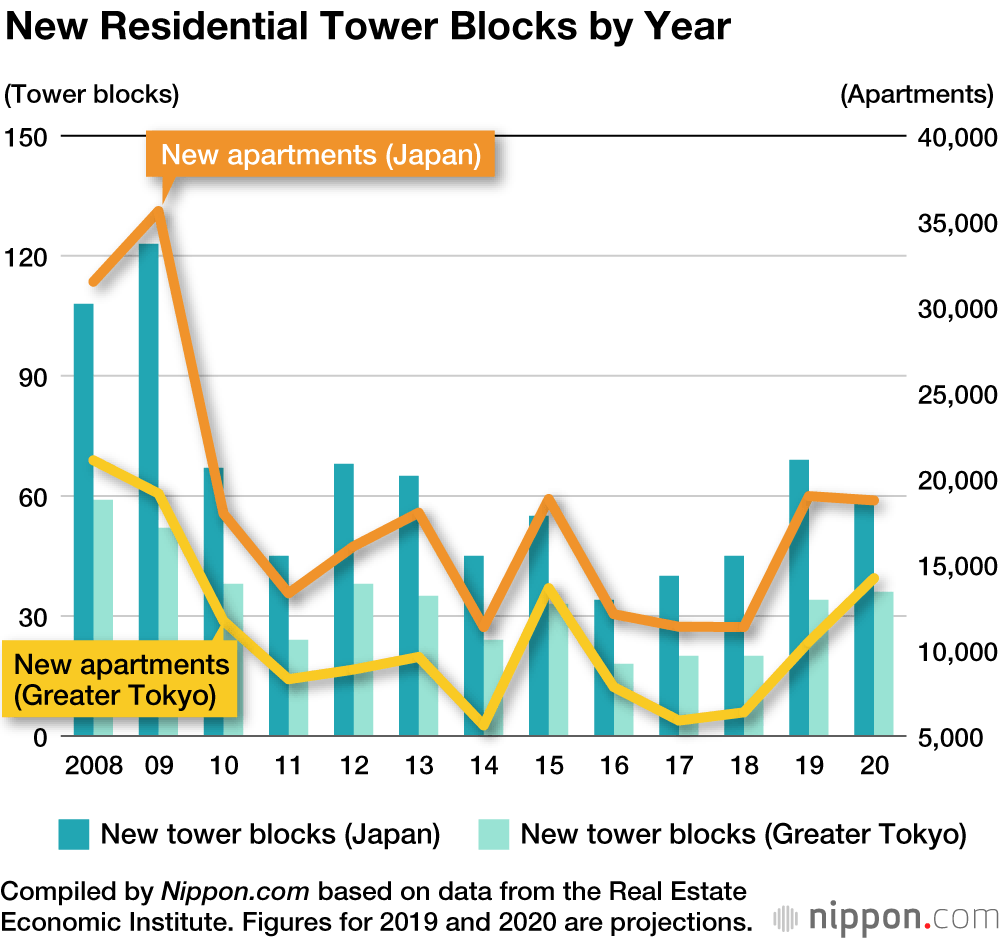 According to the Real Estate Economic Institute, between five and ten tower blocks, representing two or three thousand apartments, were built in Tokyo each year during the 1980s and 90s. However, a raft of amendments to the Building Standards Act in 1997 relaxed minimum floor area ratios and shadow restrictions, setting the stage for redevelopment of the areas around railway stations and a boom in tower block construction. Tower blocks make popular investments because they tend to retain their value and are easy to sell. In Japan, tower block construction peaked in 2007, in which a total of 74 were built in greater Tokyo, representing 23,313 apartments.

However, sales slumped after the global financial crisis in 2008, and the market suffered further when, during the 2011 Great East Japan Earthquake, building sway caused Tokyo area tower block elevators to shut down, putting off many prospective buyers. These factors, combined with construction delays, had led to a sluggish market in recent years.

Municipalities with Most Tower Blocks Scheduled for Completion in 2019

Compiled by Nippon.com based on data from the Real Estate Economic Institute, as of March 2019.

(Translated from Japanese. Banner photo: The Harumi Bridge with tower blocks in the distance. © Uchida/Pixta.)