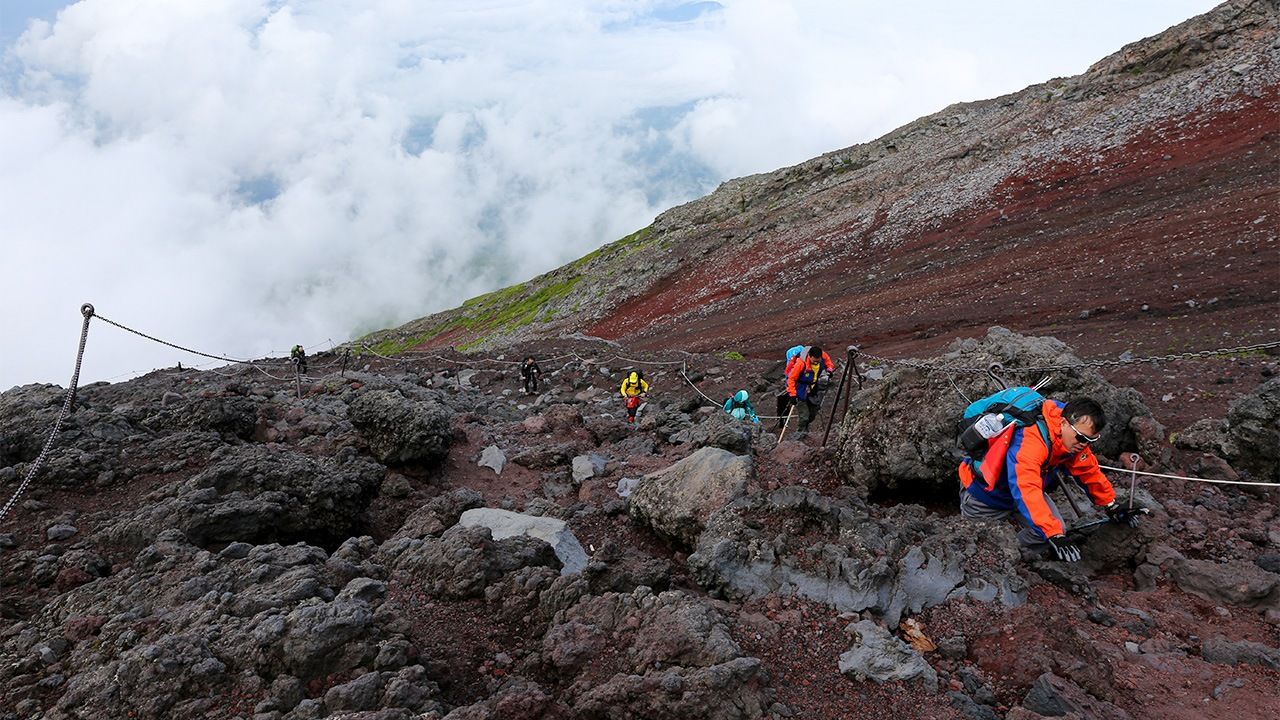 Society Jul 19, 2019
The number of people climbing Mount Fuji every year varies due to weather conditions, but over the past decade there have been around 200,000 to 300,000.

Climbing season on Mount Fuji opens on July 1 and runs through into September. Every year, many climbers tackle Japan’s highest peak, which is a national symbol.

There are four trails to the mountain’s summit: Yoshida, Subashiri, Gotenba, and Fujinomiya. The routes differ in their characteristics and level of difficulty, so it is important for hikers to choose the one that suits them best. The trails are color coded, and hikers can follow the signs posted for each.

Created by Nippon.com based on descriptions and other information available on the official Mount Fuji Climbing website.

Figures gathered by the Ministry of the Environment show that during the 2018 climbing season (July 1 to September 10) 208,161 people climbed past the eighth station of Mount Fuji. The ministry had to estimate the number of climbers on the Fujinomiya trail at roughly 20,000 because the infrared sensor used to count the number of climbers on that trail was out of order for around a month, but that issue aside the overall number of hikers for the year was around 20% lower than in 2017. The decrease seems to have resulted from poor weather conditions during the summer, including extended periods of rain and approaching typhoons. 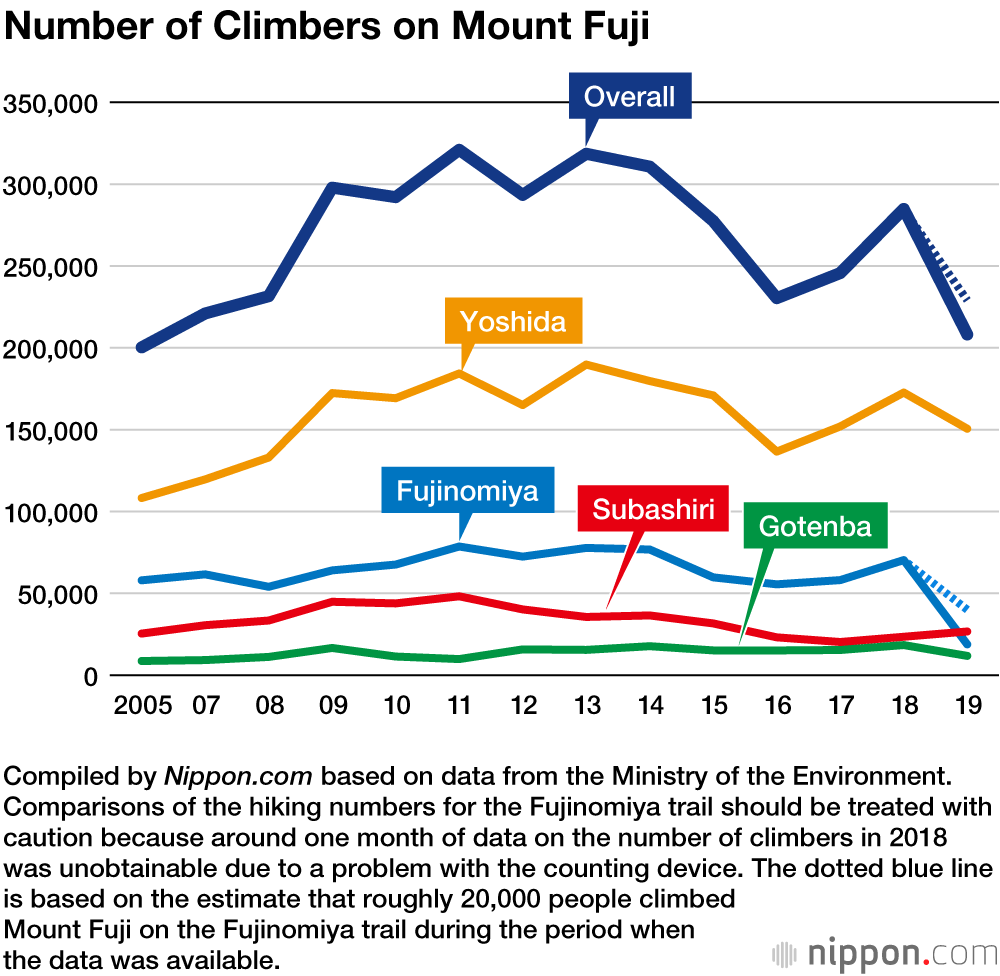 In 2018, around 70% of all climbers on Mount Fuji, or 150,845 people, took the Yoshida trail in Yamanashi Prefecture. Meanwhile, the three trails in Shizuoka Prefecture—Subashiri, Gotenba, and Fujinomiya—had 26,696, 11,792, and 18,828 climbers, respectively (although the figure for Fujinomiya excludes one month of missing data).

From a distance, Mount Fuji appears to slope gently, but in fact it has many rocky surfaces and steep inclines, putting hikers at risk of altitude sickness. In 2017, 87 people were involved in mishaps on the mountain, including seven fatalities (all of whom died while ascending the mountain outside the summer climbing season). The Ministry of the Environment’s office in charge of managing the Fuji-Hakone-Izu National Park have called on hikers “to make careful preparations for a hiking excursion, check the weather conditions in advance, and adhere to the fundamentals of hiking safety” and to “never go hiking solo if you lack adequate physical fitness or knowledge of the mountain.”