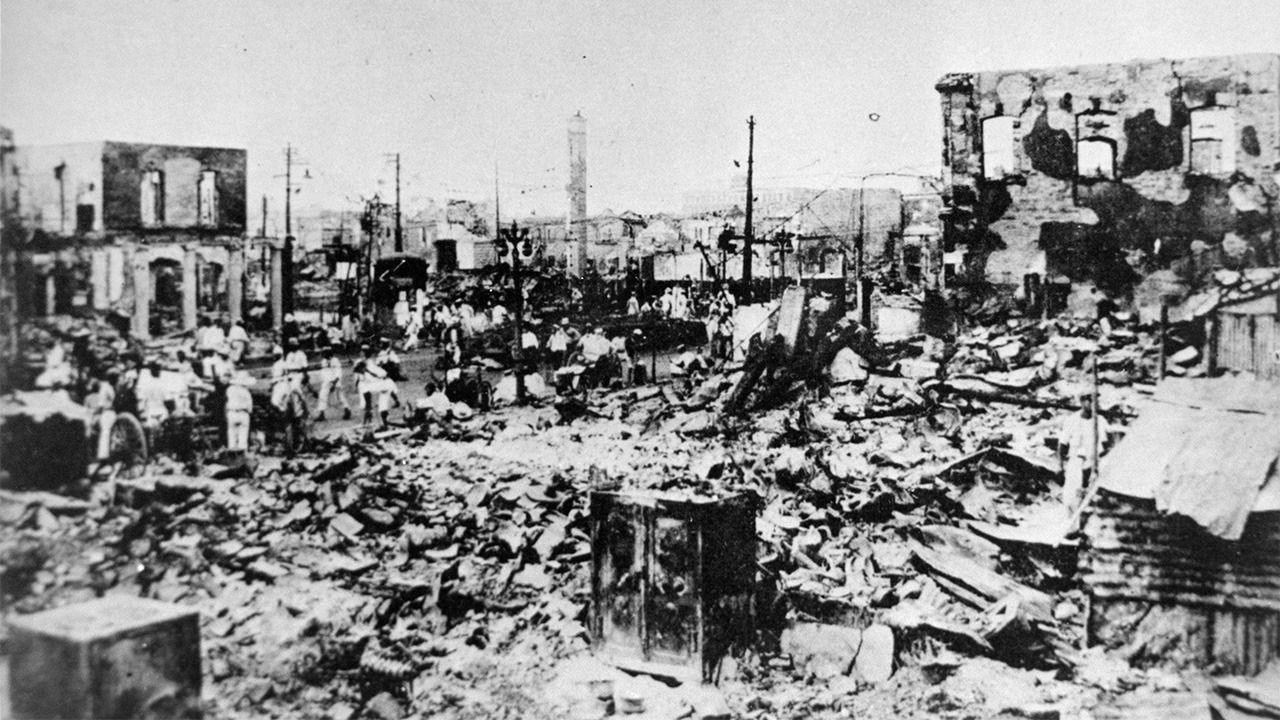 Looking Back on the 1923 Great Kantō Earthquake, Which Devastated Tokyo and Yokohama

Society Disaster Sep 5, 2019
The only major disaster in modern times to strike the Tokyo metropolitan area resulted in more than 100,000 fatalities.

More than 100,000 people died when the Great Kantō Earthquake struck the Tokyo metropolitan area on September 1, 1923. Every year on the same date, drills and other activities are held across Japan to encourage proper preparation for natural disasters, including earthquakes, typhoons, heavy rain, and storm surges.

In the decades since, there have been significant improvements in quake-resistant technology and urban disaster management systems, and citizens’ awareness has also increased. On the other hand, the number of high-rise buildings and complexity of the transport network have risen to levels incomparable to 1923. However, as the only major temblor to have hit the capital in modern times, the Great Kantō Earthquake is still instructive for city planners.

It occurred at 11:58am on September 1. The epicenter was on the plate boundary beneath Sagami Bay, along the line known as the Sagami Trough. It was rated at the maximum level of 7 on the Japanese intensity scale. In the mountains of western Kanagawa Prefecture, close to the epicenter, there were landslides and debris flow, while along the coast there was tsunami damage. Many of the buildings in the metropolitan area collapsed. As it was lunchtime, people were preparing food and the fires lit for cooking got out of control simultaneously in many places, leading to massive fires that burned for almost two days and nights.

A total of 370,000 houses were either destroyed, burned, washed away, or buried, and more than 105,000 people died or went missing. Of these, 92,000 people, or approximately 90%, lost their lives in the widespread fires. There were 95,000 deaths in the city of Tokyo (now the 23 municipalities of central Tokyo) and Yokohama—again more than 90%. Most of the tremendous damage caused by the Great Kantō Earthquake was due to those huge fires.

Deaths and Damage Caused by the Great Kantō Earthquake

At the time of the earthquake, the open areas of Shiba Park, Hibiya Park, and Ueno Park helped stop fires spreading. As part of the recovery efforts after the earthquake, three new large parks were established—Hamachō Park, Sumida Park, and Kinshi Park—along with a large number of smaller green spaces. These are still used today by local citizens to escape the hustle and bustle of the city.

Compiled by Nippon.com based on the Central Disaster Management Council’s 1923 Great Kantō Earthquake Report, Volume 2. The number of deaths/missing in the Great East Japan Earthquake is taken from National Police Agency data as of March 2019 and the number for the Great Hanshin-Awaji earthquake is based on data from a 2006 Fire and Disaster Management Agency confirmed report.