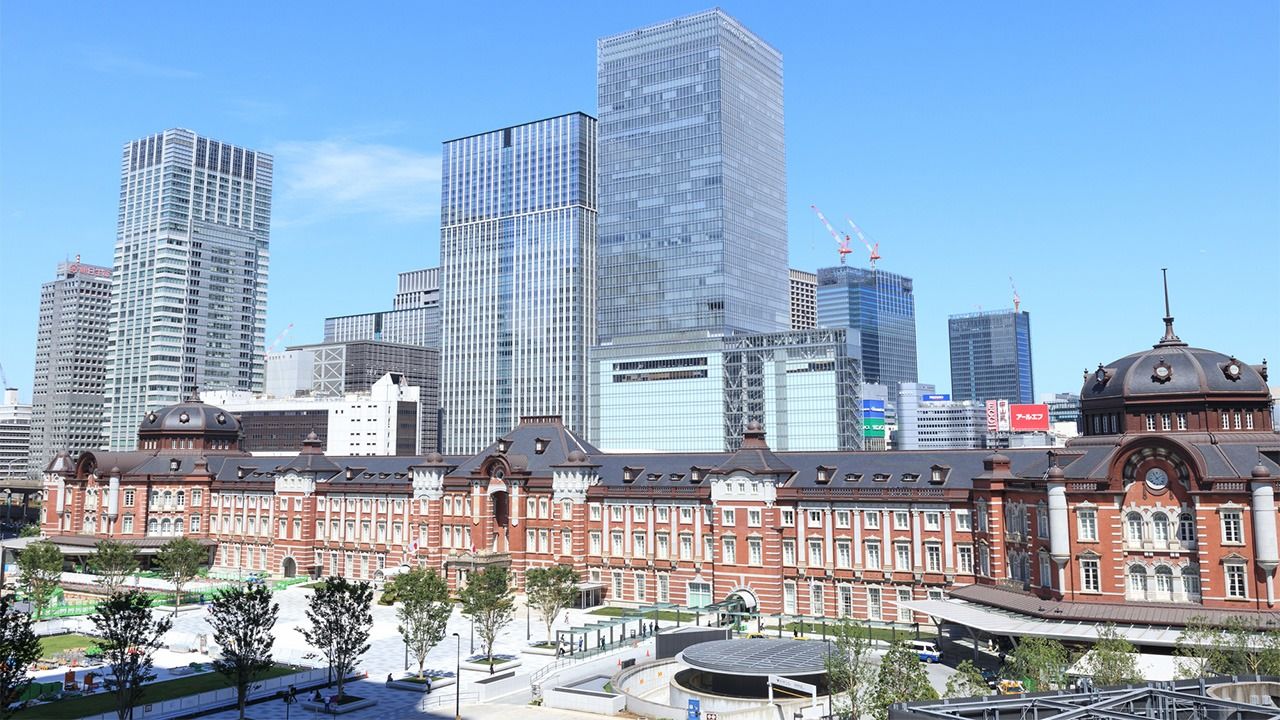 Tokyo ranked first in the Safe Cities Index 2019 conducted by The Economist Intelligence Unit, and Osaka came third. The survey has been run every two years since 2015 and each time Tokyo has topped the list. It analyzes 60 cities around the world, using 57 indicators divided into four categories: digital security, infrastructure security, health security, and personal security.

Compiled by Nippon.com based on the Safe Cities Index 2019 from The Economist Intelligence Unit.

Japan particularly excelled in the health security category with Osaka placing first and Tokyo second. Access to healthcare and the quality of those services, as well as access to safe and good food, quality air and water, and prompt emergency services all gained perfect or near-perfect scores.

Tokyo was assessed highly for its natural disaster preparedness infrastructure and low rates in crime and computer virus infection.

Two other Asian cities also appeared in the overall top ten: Singapore in second place and Seoul ranking eighth. The Economist Intelligence Unit states that the reason is not down to geography, however, but the specific urban environments their residents and officials have built. 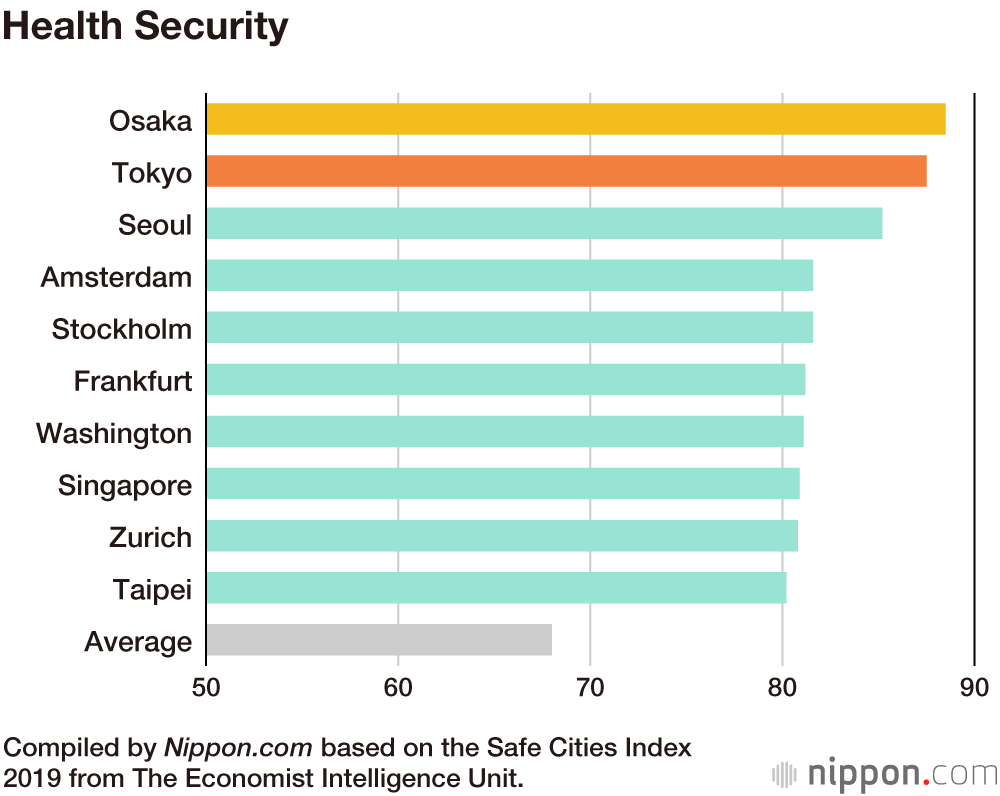 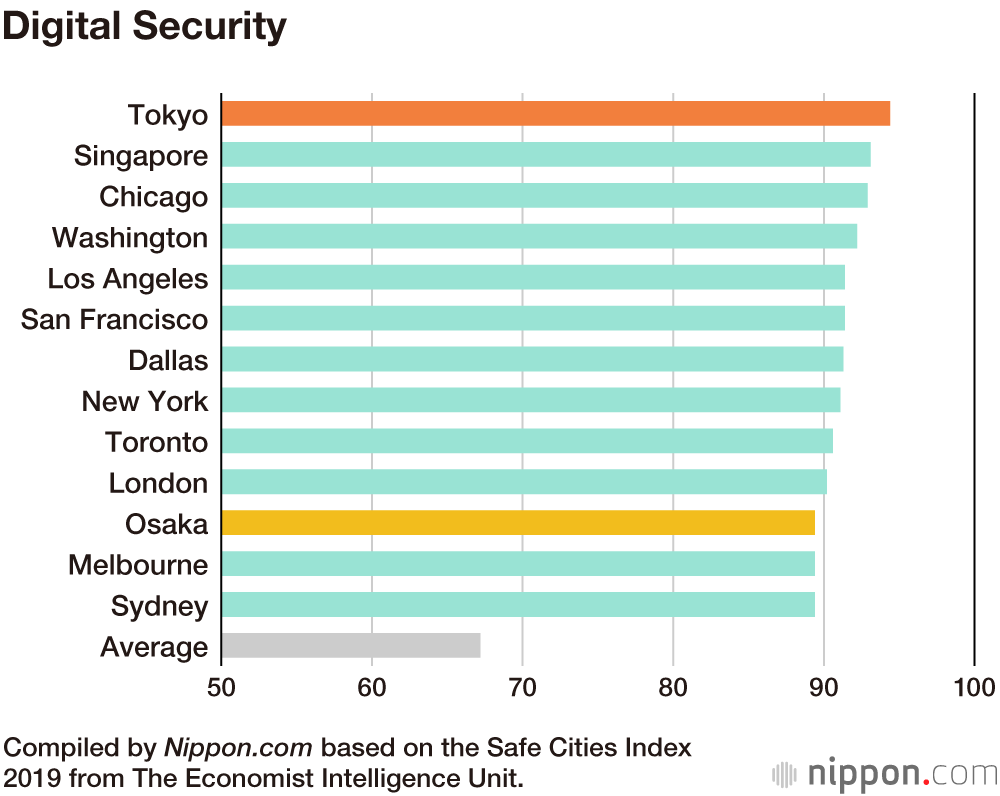 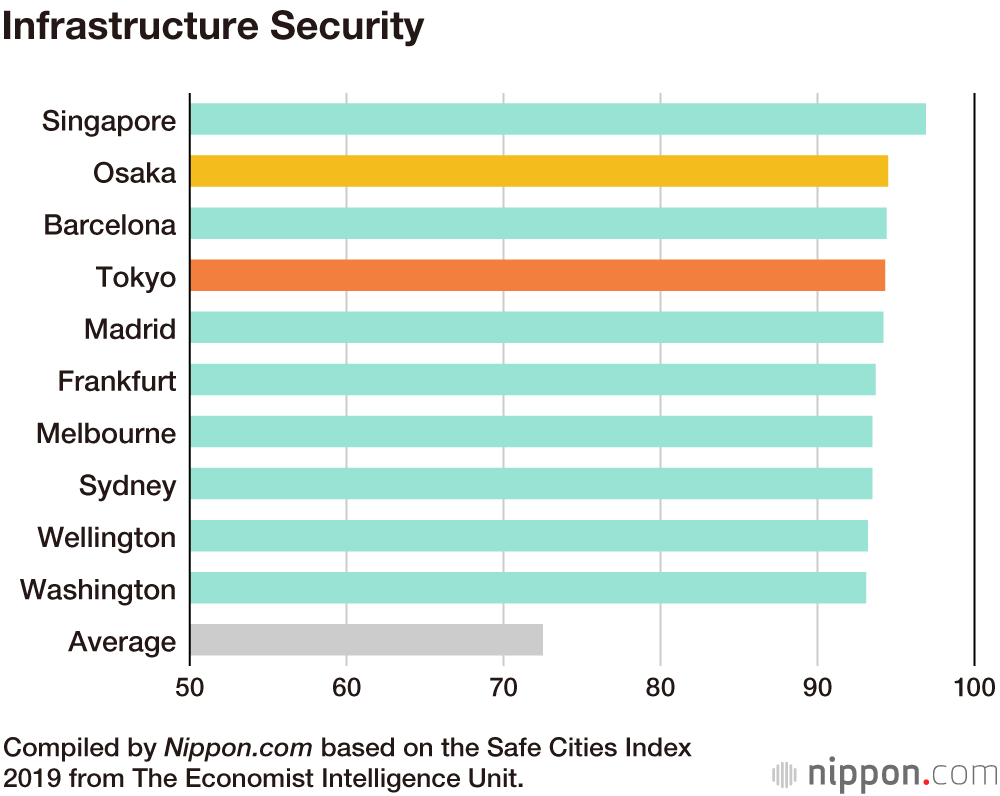 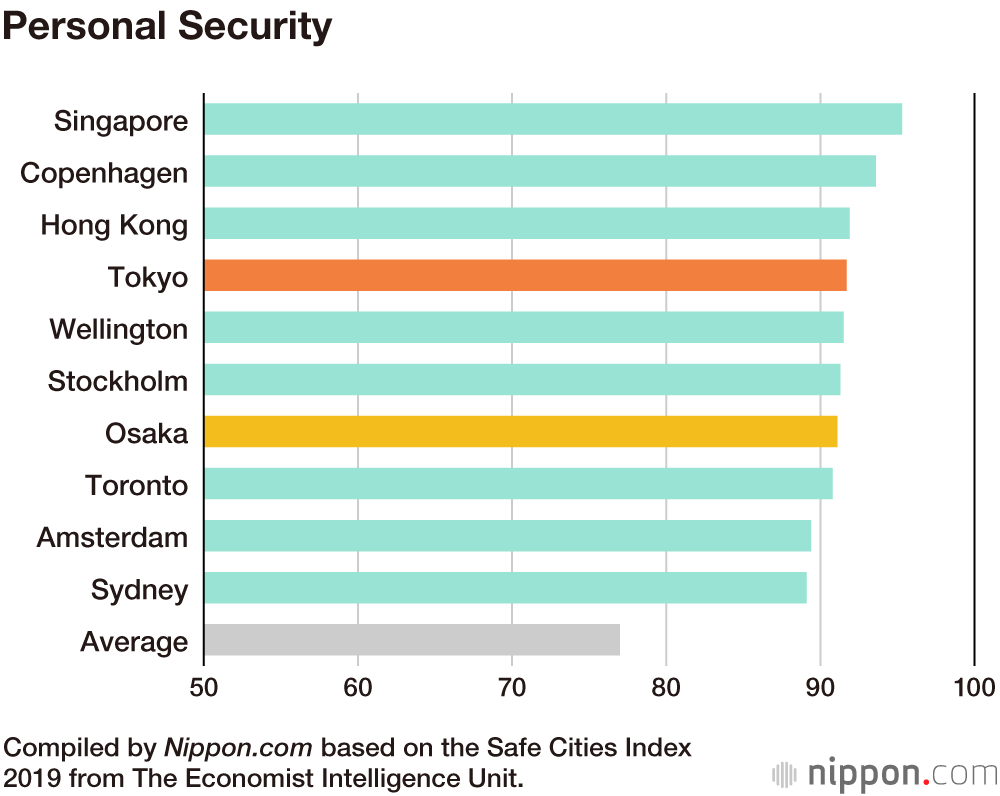