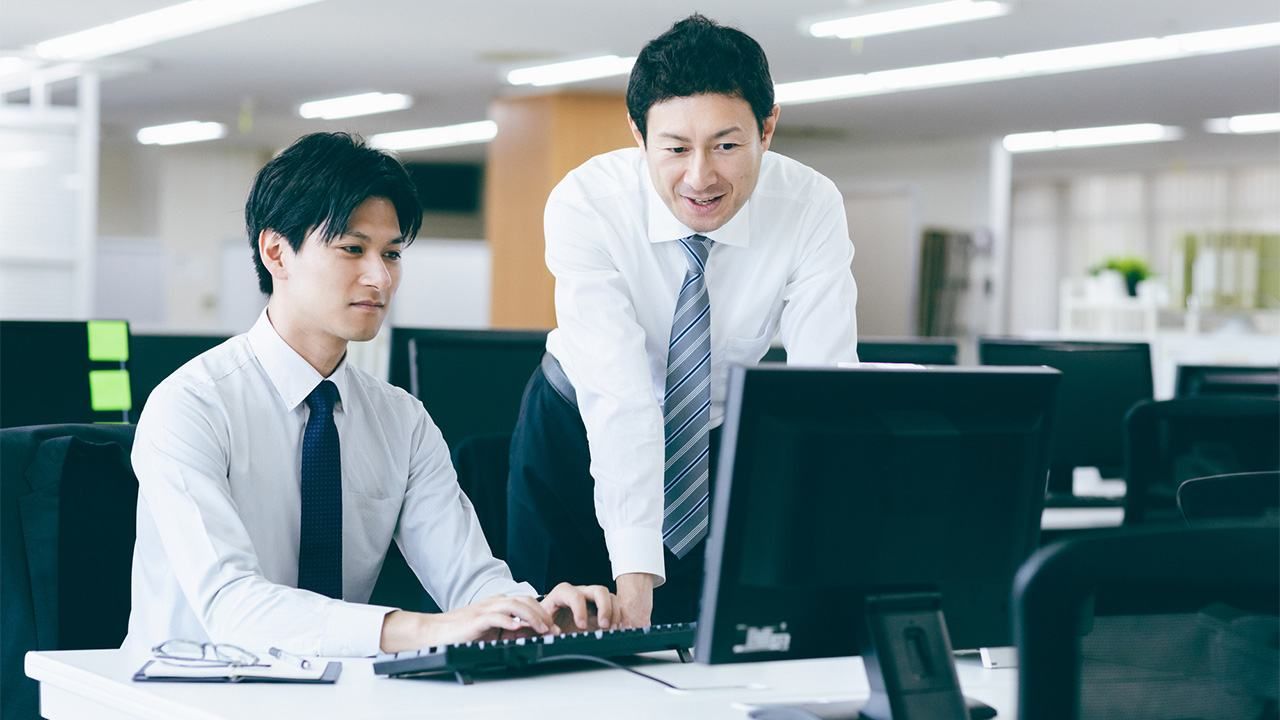 Society May 12, 2022
A rundown of what Japan calls its different generations and how they are seen by society. 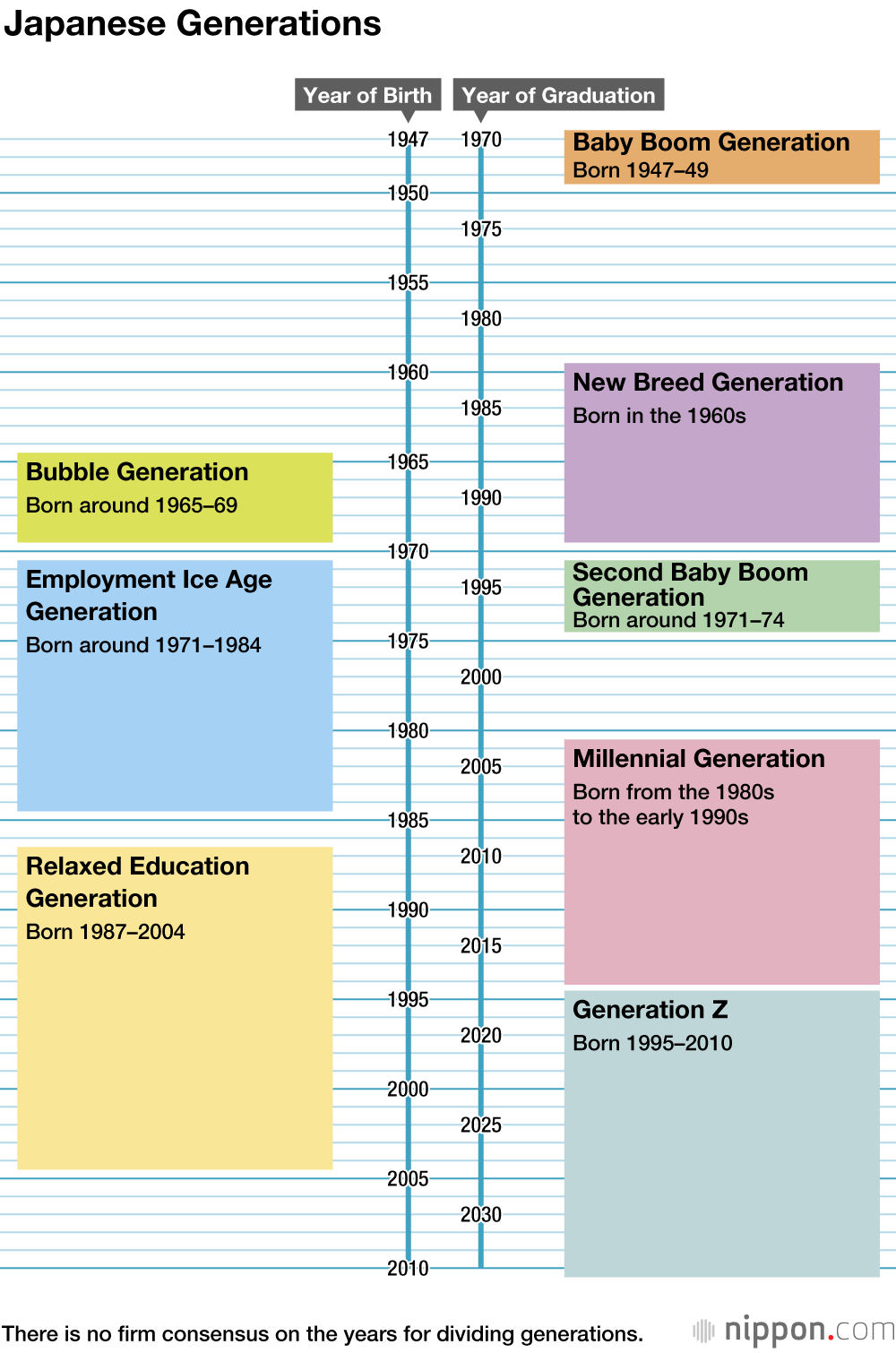 This is the first generation of baby-boomers, born just after the end of the World War II. Its members experienced both the rapid economic growth of the early postwar era and that during the bubble period. Those who went to university attended around the time of peak student radicalism in the late 1960s.

The Japanese phrase for this generation, dankai no sedai, comes from the title of a novel by the author and economist Sakaiya Taichi. Due to the large size of the cohort, it has had a huge effect on employment, consumption, and national policy. As its members are now in their seventies, concerns are rising about the country’s growing social welfare costs.

The name for this generation, shinjinrui (new breed), was coined by the economic anthropologist Kurimoto Shin’ichirō, based on the apparently incomprehensible difference between its members’ ways of thinking and those of previous generations. By the time they went to university, the student movement had burned itself out, and there was little appetite for political activism.

As they grew up when the economy was good, and did not know wartime and immediate postwar shortages, they were often criticized as spoiled, too quick to give up, and lacking common sense. Now in their fifties and sixties, they aim the same kind of barbs at the younger “relaxed education” generation.

This generation entered employment when the bubble economy was at its height. “Can you battle on for 24 hours, Japanese businessman?” an energy drink TV commercial famously asked. It was considered not just acceptable, but perfectly normal, to work long hours and then go on to business-related meals or leisure activities like golf and mahjongg.

The Equal Employment Opportunity Act came into effect in 1986. This opened up greater potential for women to forge their own careers, rather than quitting employment upon getting married, as had previously been the typical life path.

Also known as the lost generation. The phrase “employment ice age” first appeared in November 1992 in a job recruitment publication and was noted as one of the top buzzwords of 1994.

While the people in this generation were at university, the bubble burst, leading to a worsening economy. Companies stopped hiring, meaning they could not find full-time company employee positions, so many had to take temporary contract or dispatch work. Even those who did get full-time work lacked opportunities to succeed during the economic slump, when business was down and cost-cutting rampant.

Now the generation is in its late thirties and forties, and many are still poorly paid as nonregular employees. Concerns raised over their social isolation have led the government to pledge support for helping these people find more stable, regular employment.

The children of the original boomers formed a second baby boom, overlapping with the employment ice age generation.

This generation went through school when education was making a shift from cramming to a more yutori, or relaxed, approach, with changes like reduced lesson times. Unlike earlier generations, members place more importance on the work-life balance, rather than trying to climb the corporate ladder and working themselves almost to death with overtime. They prefer to spend time with their family and friends, often disappointing bosses who want to go drinking.

This generation is also seen as less materialistic, without the same desire for brand-name goods and fast cars seen in their elders. Their tendency to always seek agreement and consensus can disappoint more individualistic bubble generation members.

Millennial Generation: Born from the 1980s to the early 1990s

Japan has taken on the American term “millennial” for the generation that started working from around 2000 onward, although it greatly overlaps with the relaxed education generation.

Japan has also adopted the American term “Generation Z” for fully fledged digital natives born from around when Microsoft’s Windows 95 ushered in the era of home computing.