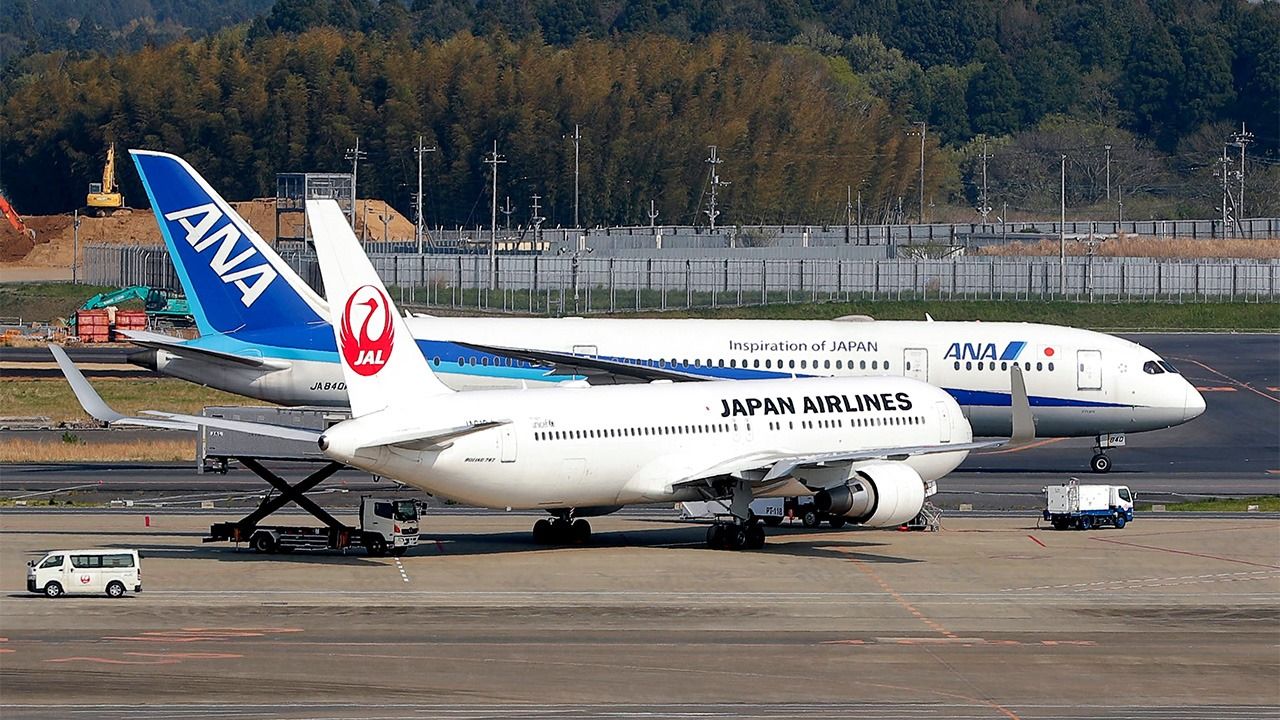 Society Sep 27, 2019
Japanese airlines are renowned worldwide for their hospitality and attentiveness toward passengers, but face plenty of competitors, particularly in Asia.

In the 2019 Airline Satisfaction Survey conducted by AB-Road Research Center of Japan, top place went to Singapore Airlines, followed in second place by All Nippon Airways. ANA also ranked third in Skytrax’s 2019 ranking for World’s Best Airline and Japan Airlines came in at eleventh place. The main factor for these high rankings was the customer service they provide.

Compiled by Nippon.com based on the AB-Road 2019 Airline Satisfaction Survey and the 2019 Skytrax World Airline Awards. Japanese airlines are highlighted in blue.

The AB-Road survey focused on the 40 most-used airlines and targeted 4,000 Japanese men and women aged 18 and over who travelled overseas in 2018. Emirates placed top for satisfaction in both the category for aircraft equipment and amenities, as well as the category for in-flight food and drink service. However, ANA and JAL were rated highly by passengers for their service by cabin crew and ground crew.

Among the written comments, one JAL passenger said that the crew regularly checked the cabin and brought drinks, even after the lights were turned down at night. An ANA passenger commented that with only a short time to transfer at the next airport, the staff kindly provided guidance to the priority procedure gate. 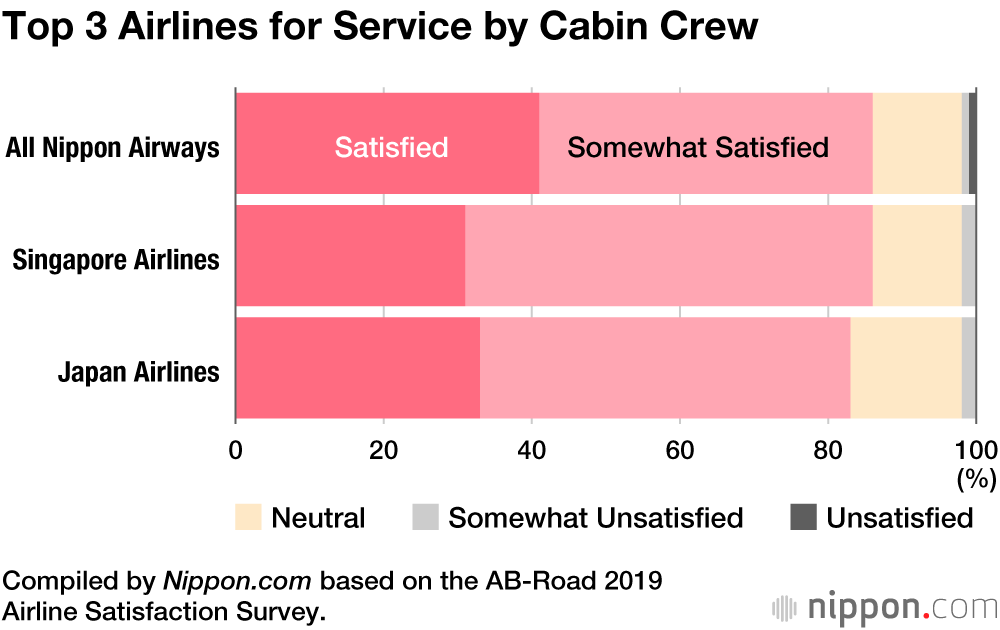 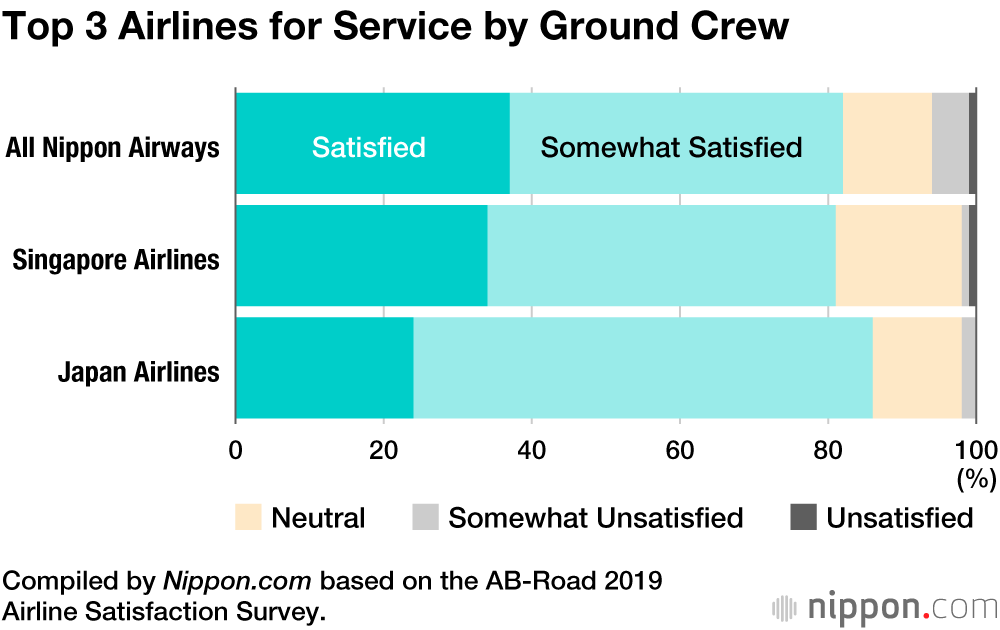 It is natural that Japanese citizens rate their own country’s airlines highly as they feel more comfortable being able to communicate with the crew in Japanese. In contrast, the Skytrax survey covered 100 countries and more than 300 airline companies with 21 million responses, so it reflected the perspectives of passengers from many other countries too.

Even here though, ANA and JAL scored well for their cabin crew and ground crew services. Their attention to detail has helped to burnish the image of Japanese airline companies.

Compiled by Nippon.com based on data from Skytrax.

Compiled by Nippon.com based on data from Skytrax.

Asian airlines overall received high evaluations in both surveys. Japan is proud of its hospitality, but it faces a lot of competition in the region.