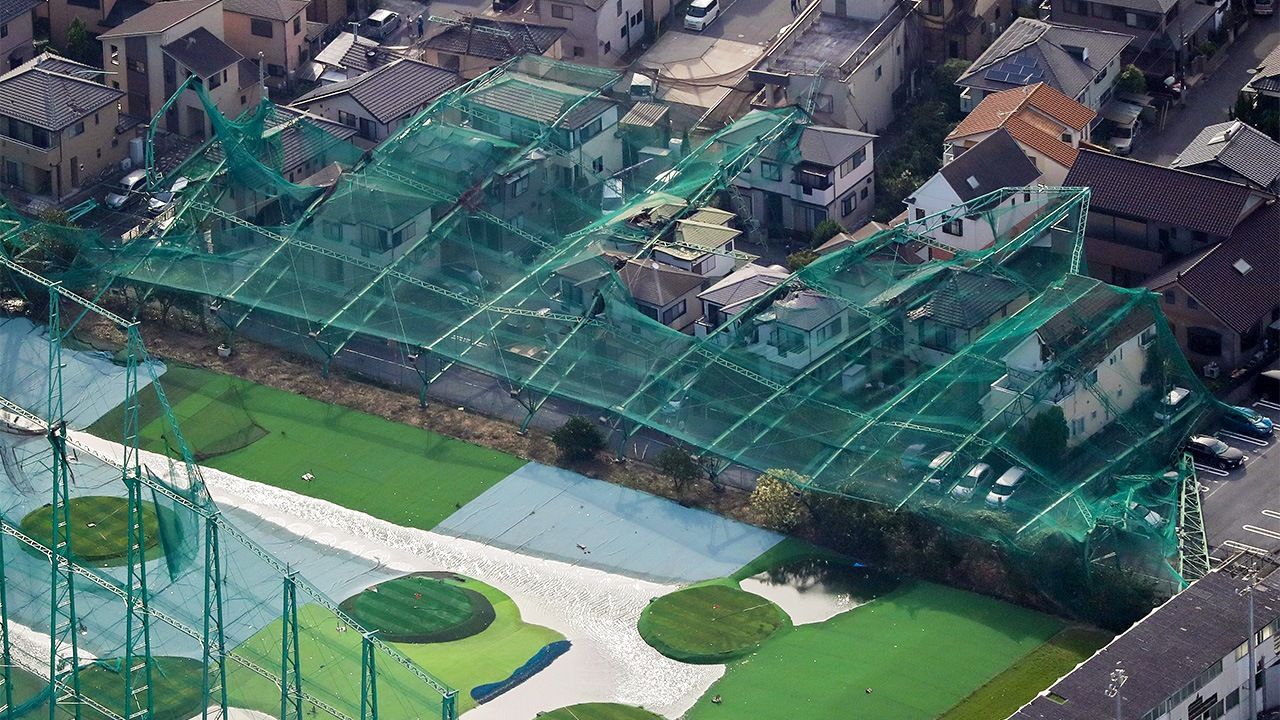 Although Japan only accounts for 0.28% of the world’s land area and just 1.9% of its population, it is the site of 18.5% of earthquakes with a magnitude of 6 or greater and 7.0% of active volcanoes. This was the finding of a 2014 white paper on disaster management. 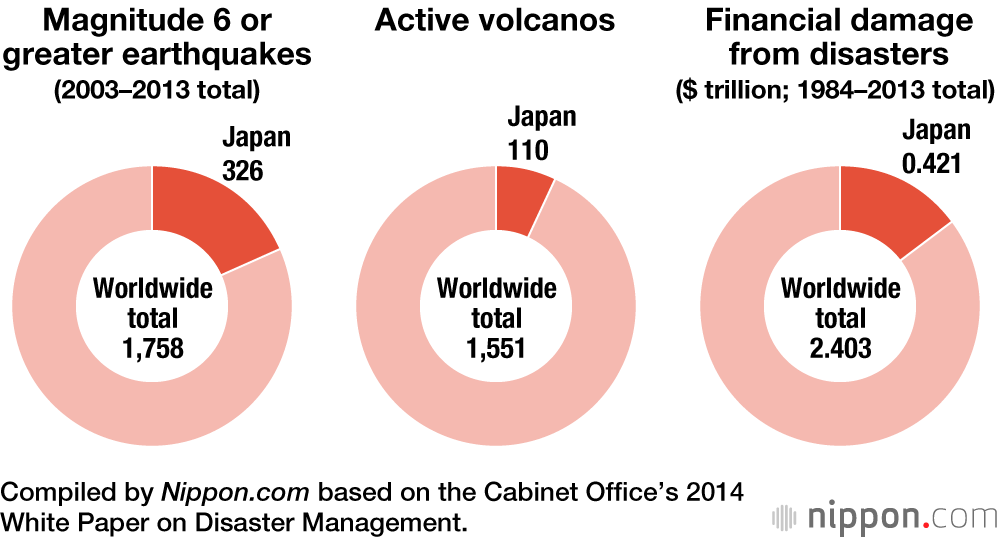 Only 1.5% of the victims of natural disasters worldwide were residents of Japan, but 17.5% of the financial damage was caused in the country. Japan has made progress in the building of embankments and other disaster-prevention measures, which have limited the sort of damage seen in the past from typhoons and other disasters that sometimes claimed more than a thousand victims at one time. Still, in recent years, major damage has occurred from natural disasters such as earthquakes, torrential rain, and volcanoes, including most notably the 1995 Great Hanshin-Awaji Earthquake and 2011 Great East Japan Earthquake, which resulted in dead or missing of over 6,000 and around 20,000, respectively. 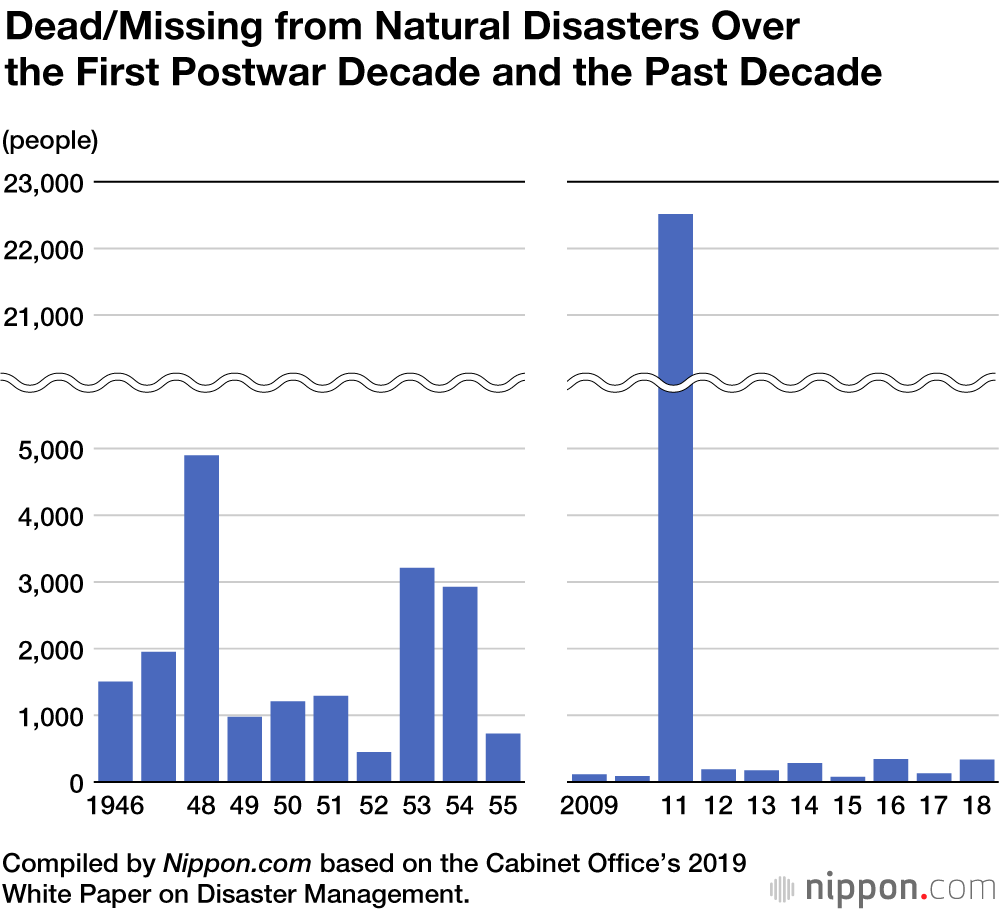 Materials presented to the public by the Ministry of the Environment based on 2011 discussions identified the following four reasons why so many natural disasters occur in Japan: the Japanese archipelago is formed by four plates, making the area active for earthquakes and volcanoes; its steep topography results in rapidly flowing rivers; it often has intense rain as part of the Asian monsoon region, with a rainy season and a typhoon season; and cities and farmland are often located near rivers, oceans, and active volcanoes due to land overcrowding.

The materials show that, among the largest natural disasters that have occurred worldwide since 1900, Japan was the site of 9% (5 of 56) of the meteorological disasters from typhoons, flooding, and other causes, and 16% (9 of 55) of the earthquakes and tsunamis. 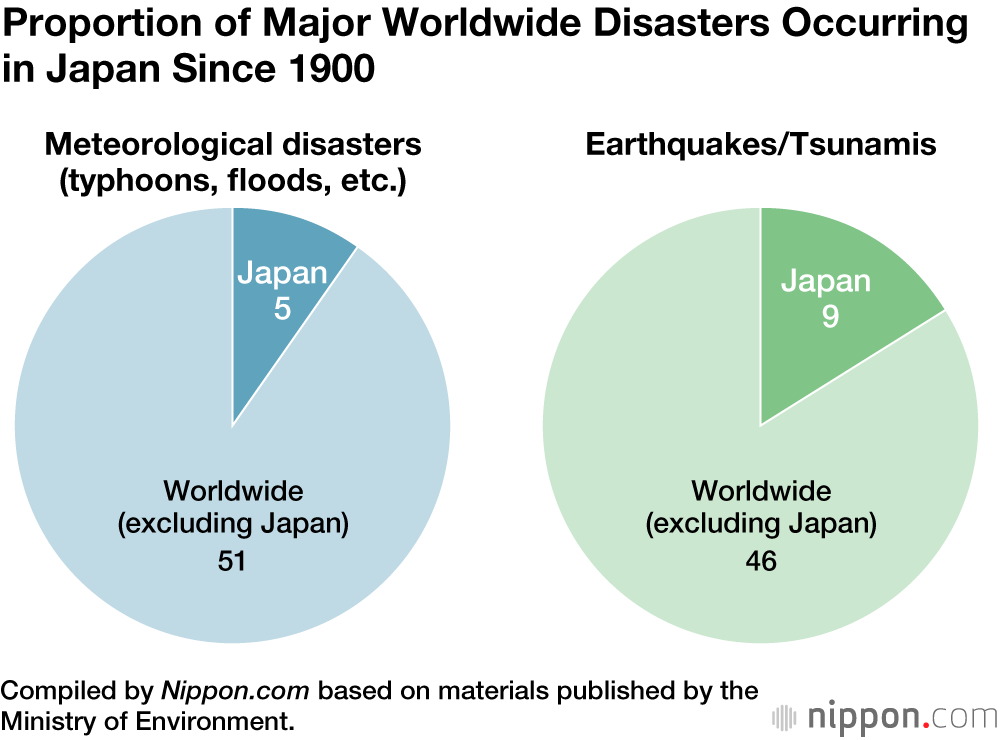 (Translated from Japanese. Banner photo: Fencing from a golf driving range that collapsed onto a residential area of Ichihara, Chiba Prefecture, due to Typhoon Faxai on September 9, 2019. © Jiji.)