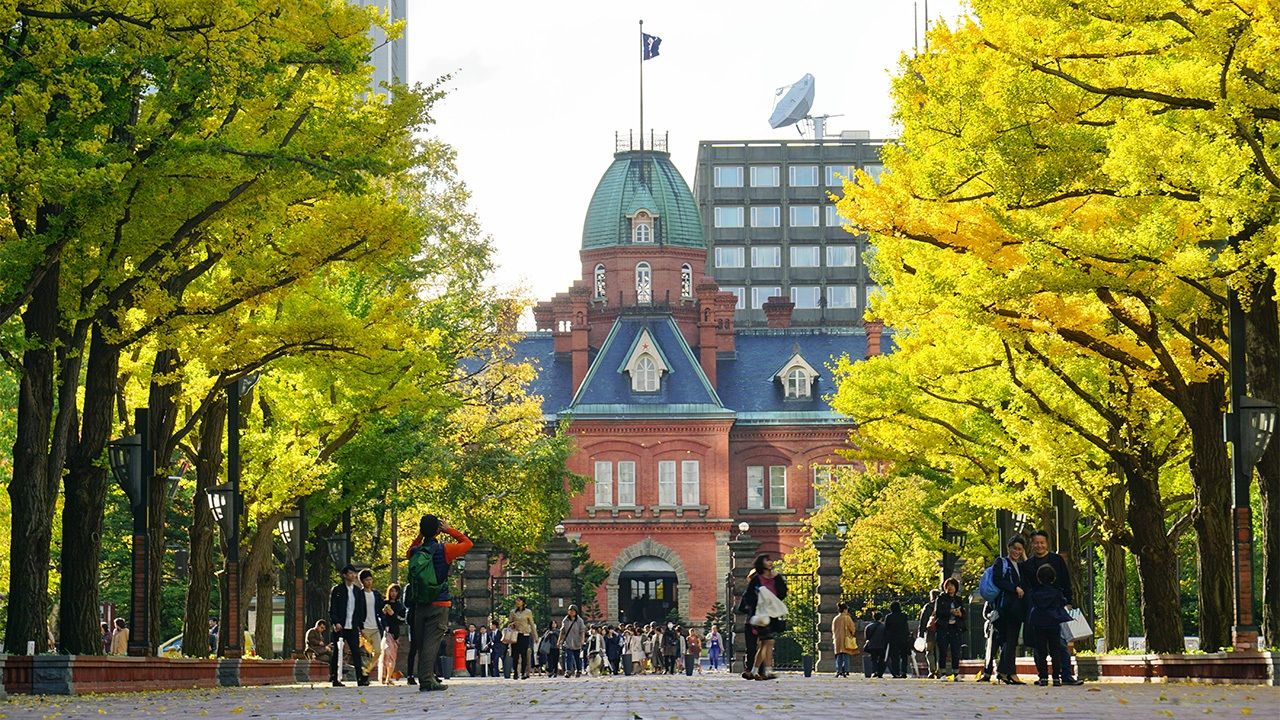 Society Oct 10, 2019
The Japan Meteorological Corporation has released its national autumn foliage forecast showing when the red and yellow hues of the season will be at their peak.

The Osaka-based firm predicts red autumn hues like the Japanese maple will appear in early October in northern Hokkaidō and mountainous regions across the country, then gradually spread south and to lower altitudes over the subsequent weeks, reaching most areas by mid-November. 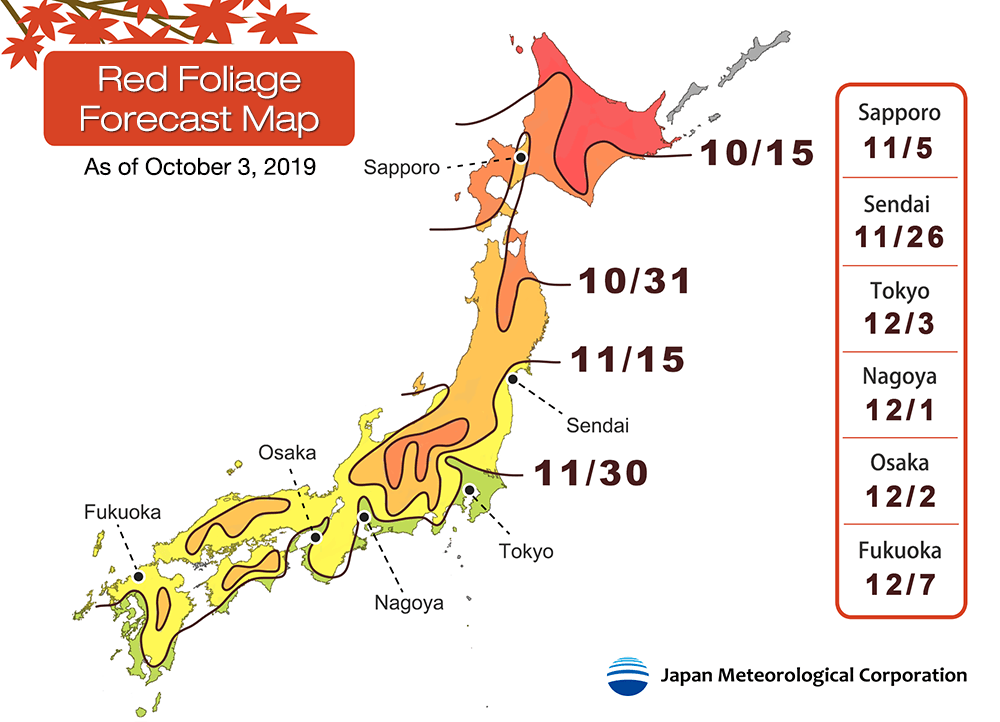 The ginkgo and other trees famed for their yellow foliage are typically found at lower elevations, and are abundant in parks and along roadways. Peak viewing season in most regions is in mid- to late November. 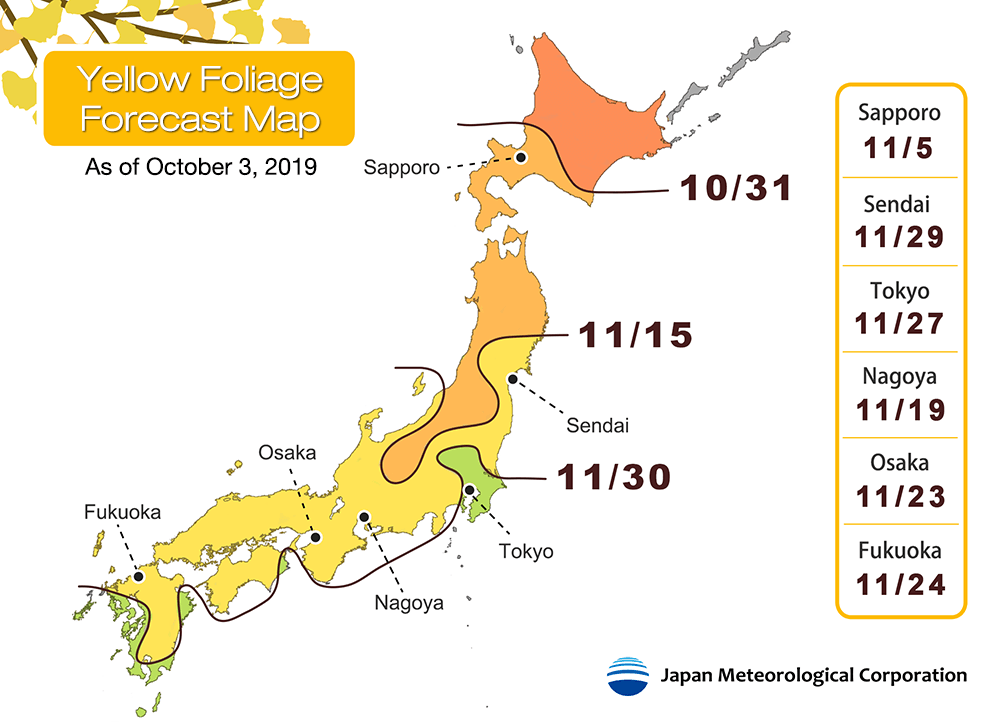