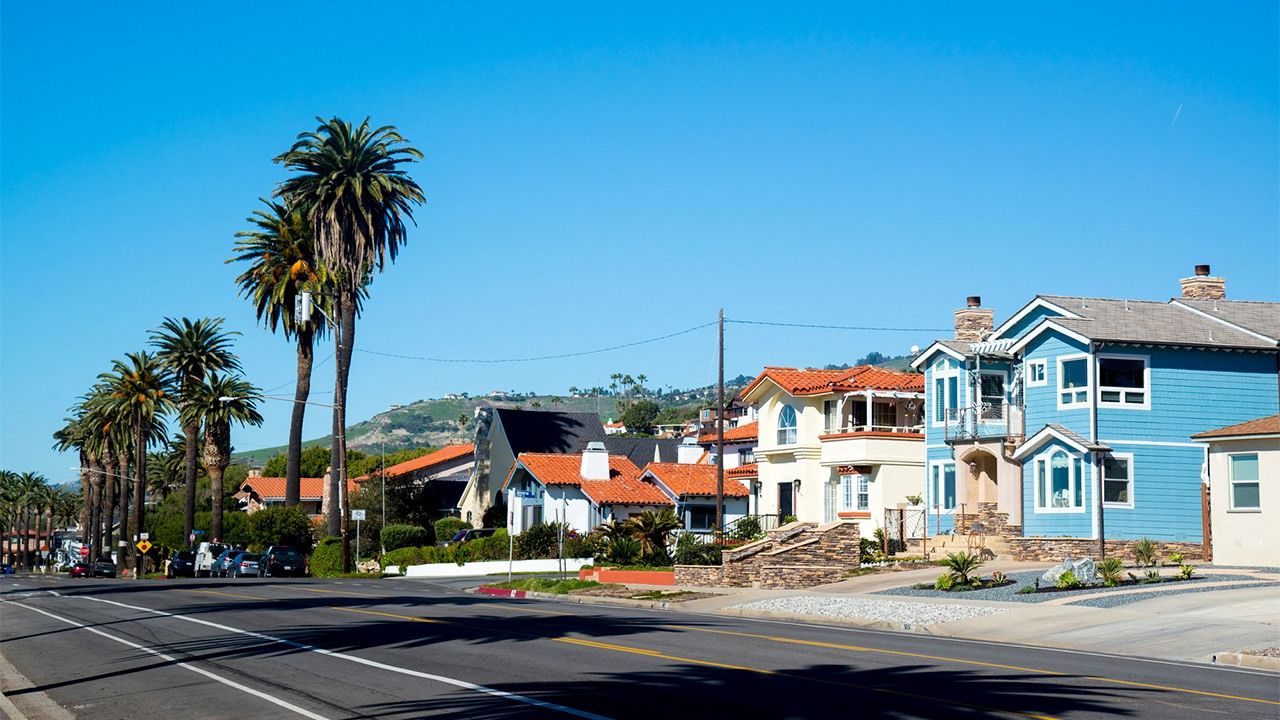 The population of Japanese nationals residing overseas continues to grow. According to  Ministry of Foreign Affairs statistics, as of October 1, 2017, there were more than 1.35 million people residing overseas either long term (more than three months) or as permanent residents. 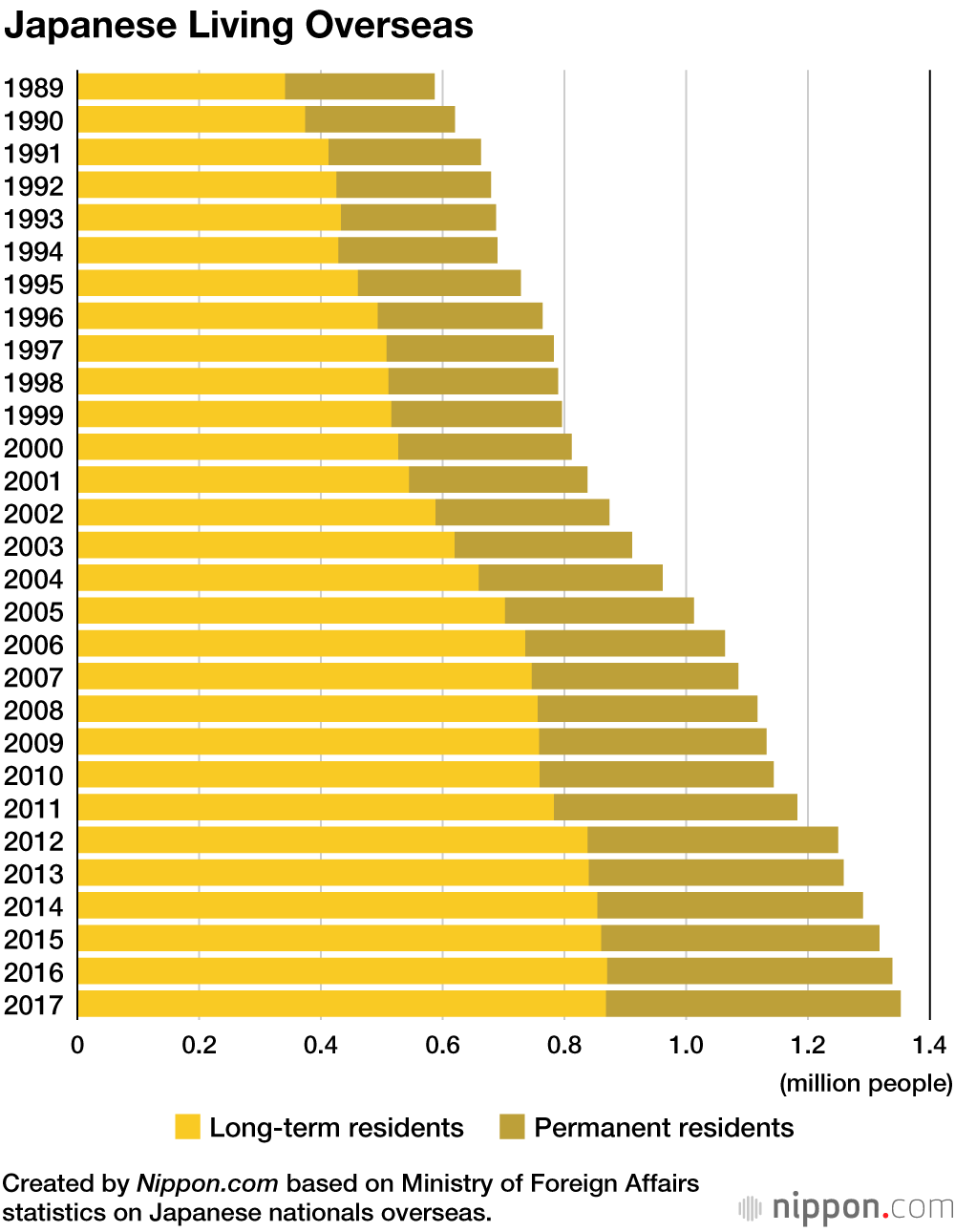 New York once boasted the highest number of Japanese residents living abroad. However, starting in the 2000s the population of Japanese residing in Los Angeles steadily ticked upward, surpassing the Big Apple in 2007. In particular, Los Angeles boasts a greater percentage of permanent residents than New York. This is thought to be due in part to the relatively smaller impact economic downturns and the withdrawal of Japanese businesses have on national living in that city.

Rapid industrialization in Shanghai since 2000 has enticed many Japanese businesses, leading to a similar swift rise in Japanese residing there. However, to avoid overconcentrating on China, firms have made a concerted effort to diversify into other Asian markets, and since 2012 there has been slight decrease in the number of Japanese residing in the city.

Bangkok, on the other hand, has seen its population of Japanese nationals steadily grow as Japanese automobile companies increase their presence in the country. In 2016, the Thai city overtook Shanghai to become the top destination for Japanese overseas residents in Asia. 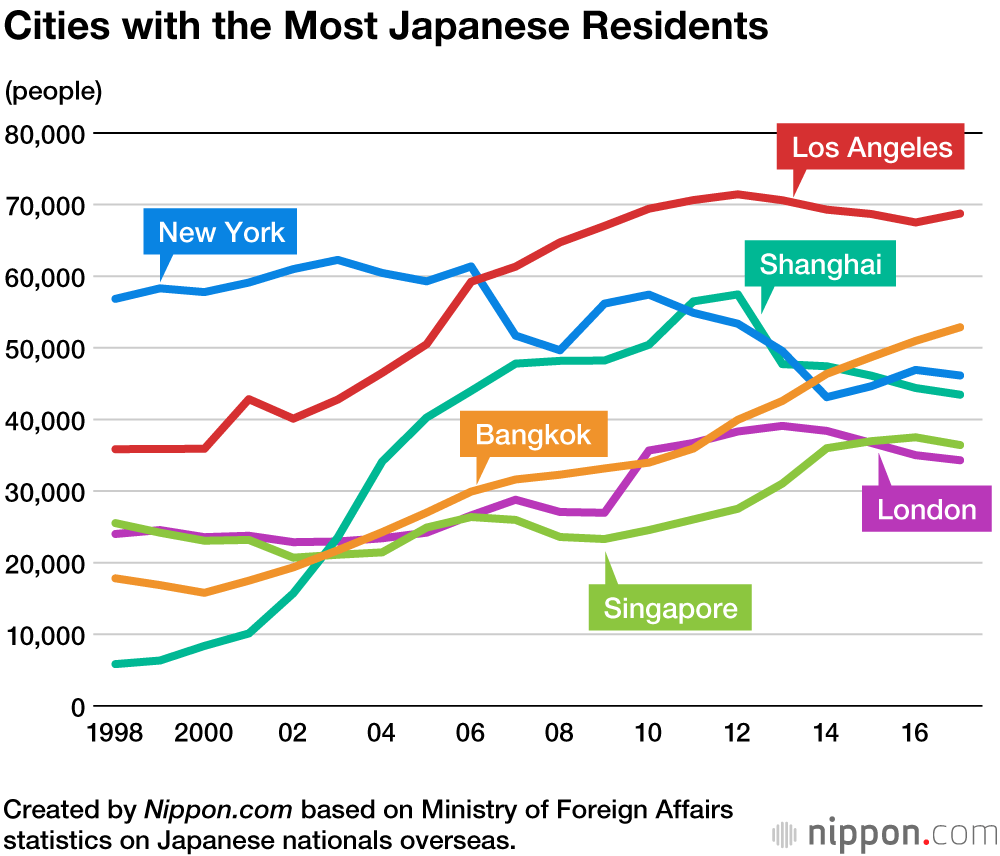 Below are the cities with the highest number of Japanese residents. Cities in Asia have a relatively smaller percentage of Japanese permanent residents compared to North America and Australia as most inhabitants are company employees and their family members.

Created by Nippon.com based on Ministry of Foreign Affairs statistics on Japanese nationals overseas.