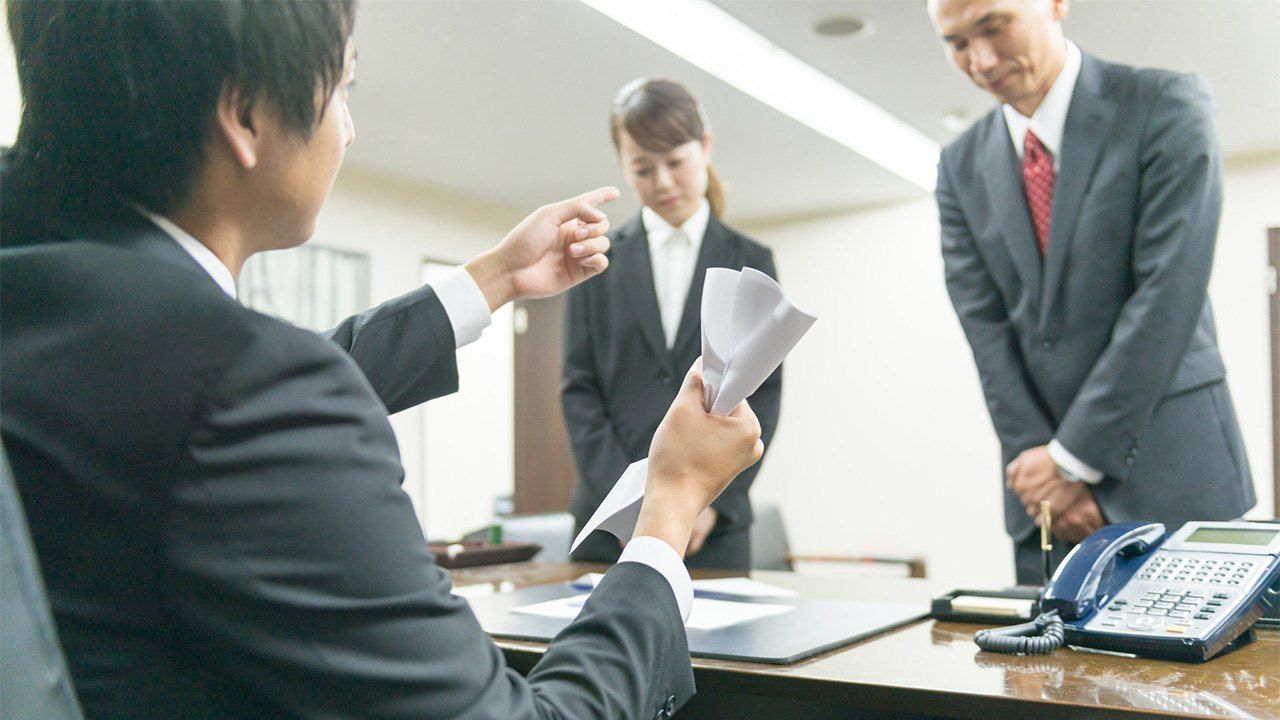 Society Oct 18, 2019
A survey has revealed that in the Japanese entertainment and media industries, a majority of freelance workers have experienced harassment from their clients.

An estimated 3.9 million freelancers are active throughout Japan’s entertainment, media, and advertising industries. As they are classed as sole proprietors not workers, however, they do not fall under the Labor Standards Act.

The Japan Actors Union, MIC Freelance Liaison Committee, and the Professional and Parallel Career Freelance Association conducted a joint survey through July and August that received answers from 1,218 freelancers. It revealed that almost all of the respondents (98.2%) have experienced abuse of power or sexual harassment. The main perpetrators of this harassment were in the categories directors/producers/staff, client company bosses/senior colleagues/managers, and dispatchers/business partners/client employees. 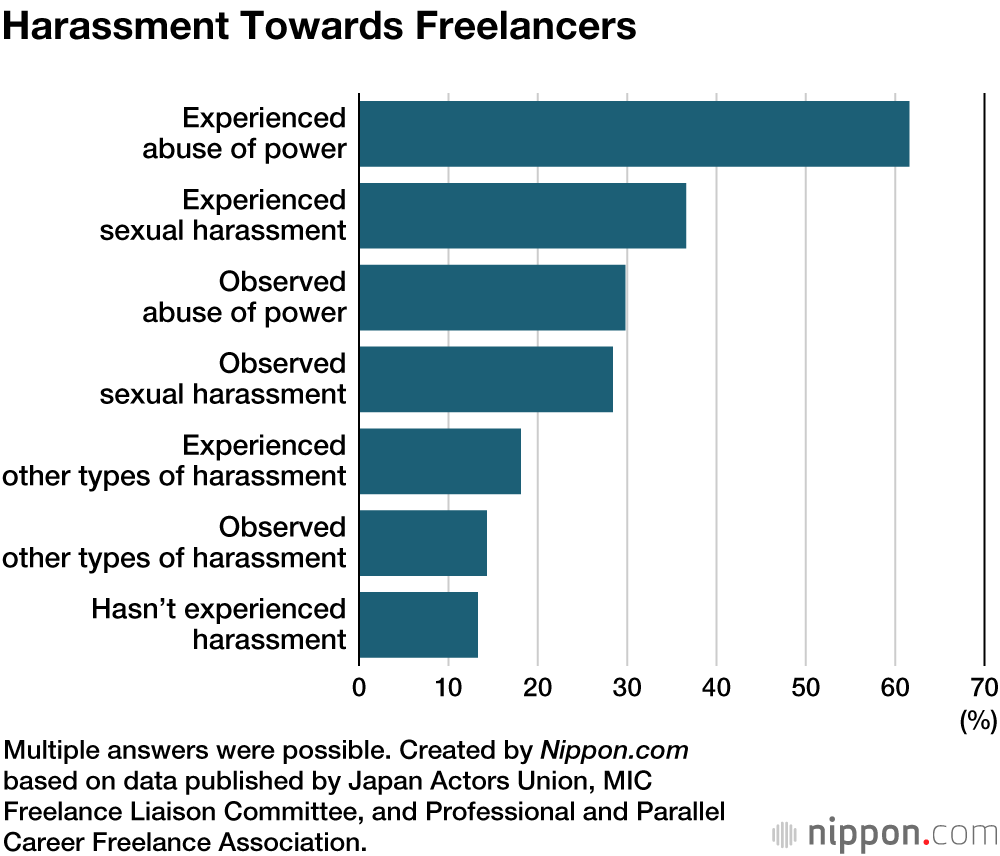 A video production technician in his thirties said he was hit and kicked, while a PR worker in her forties reported that her client tried to force her to have a private relationship with him and when she refused, he sent her unpleasant emails every day. An actress in her twenties said she was told to practice at a sponsor’s home and he got her drunk and sexually assaulted her. Although they had been harassed, 45.5% did not seek advice. The main reasons they gave were because they felt that even if they did, it would not resolve the matter; that it would impede their work and personal relations; or that they would no longer be able to work.

In May 2019, the government enacted harassment prevention legislation that obliges employers to implement measures to protect their workers. However, freelancers are excluded as they are not classed as company workers. In June, the International Labor Organization adopted a new convention to combat violence and harassment in the world of work, which includes freelancers. The three organizations that held the survey are now calling on the Japanese government to ratify this convention and establish domestic laws.