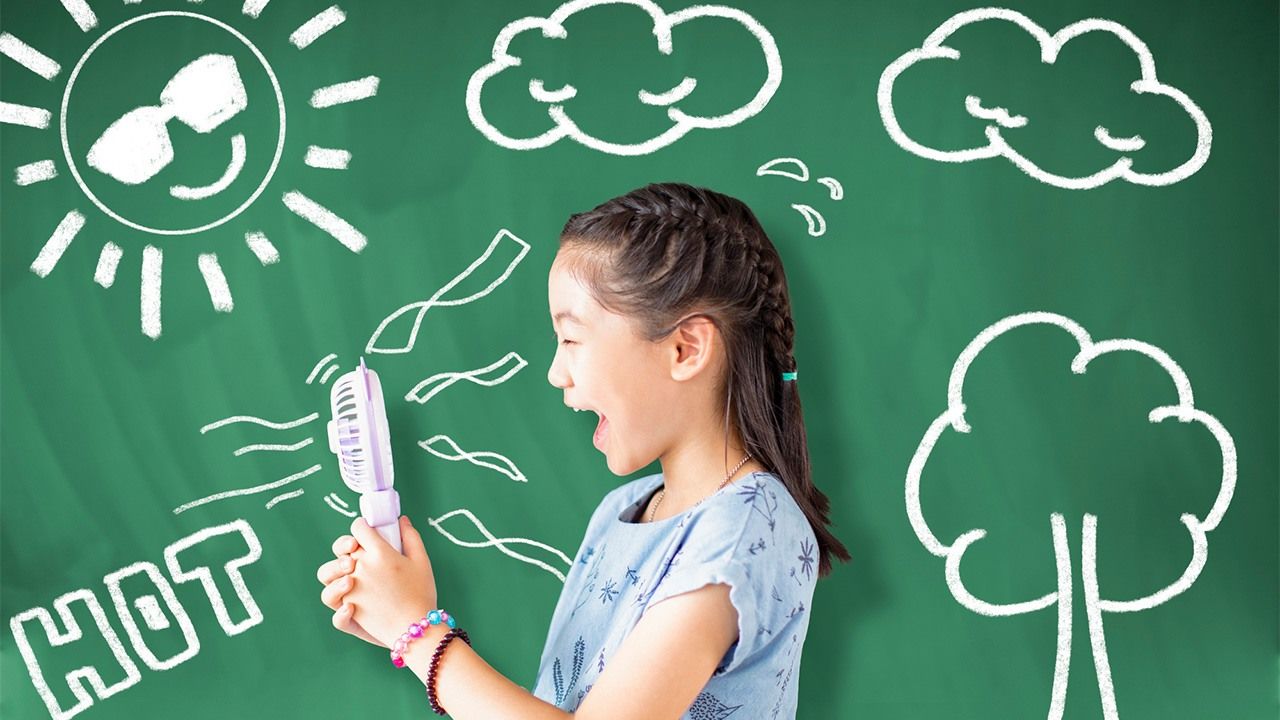 Society Education Oct 16, 2019
As heatwaves intensify, the percentage of Japanese public schools that have equipped ordinary classrooms with air conditioners continues to rise, reaching 78.4% as of September 2019.

In Japan, there is a growing concern of schoolchildren suffering heat exhaustion as spring and summers temperatures rise. In response to a startling upswing in cases during a record-breaking heatwave in 2018, the government allotted ¥82.2 billion in subsidies in its supplemental budget to promote air-conditioner installation in all ordinary classrooms at public schools.

Public kindergartens, elementary schools, junior high schools, high schools, and special-needs schools are eligible to receive the subsidy, spurring institutes around the country to install units. As of September 1, 2019, 78.4% of general classrooms have air conditioners, marking an 18.2% increase from the previous year. The Ministry of Education, Culture, Sports, Science, and Technology (MEXT) anticipates that the installation rate will reach 90% by the end of the fiscal year in March 2020. 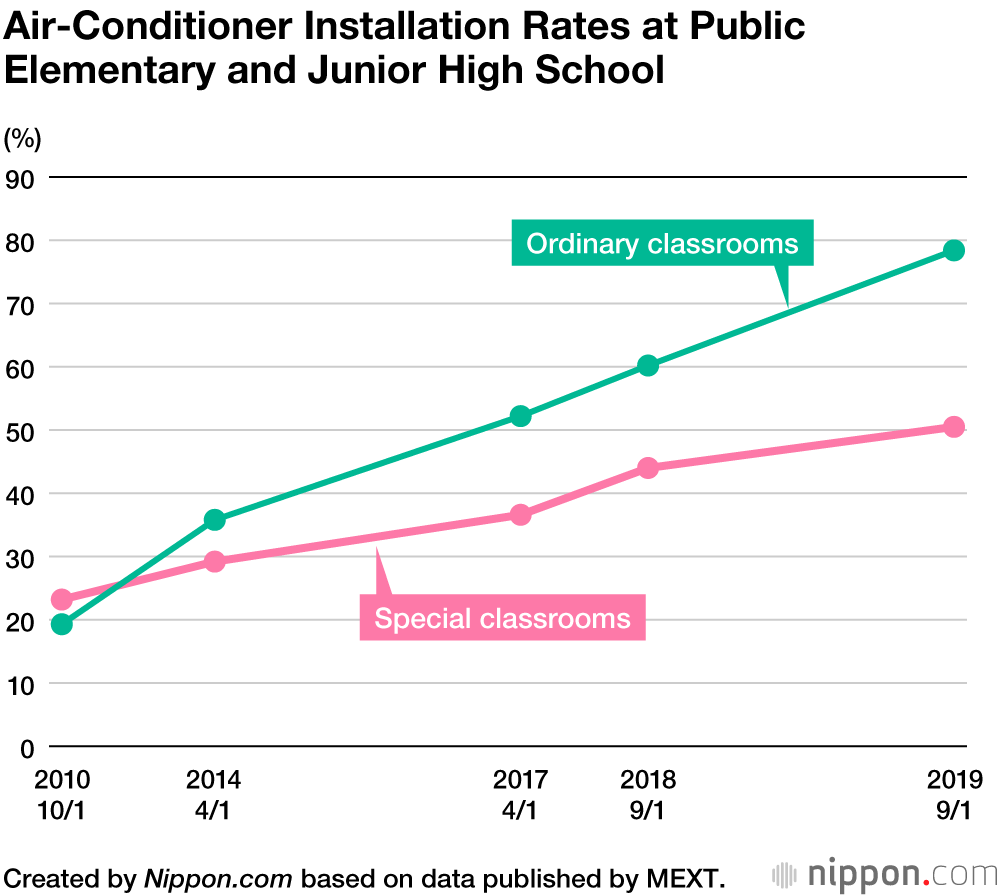 Looking at the situation by region, installation rates were lowest for schools in Japan’s northern prefectures, where spells of extreme heat are typically less common. However, installation has progressed in ordinary classrooms in prefectures stretching from the Kantō region southward to Okinawa and now exceeds 40%, with rates in Tokyo, Shiga, and Kagawa Prefectures reaching 100%. 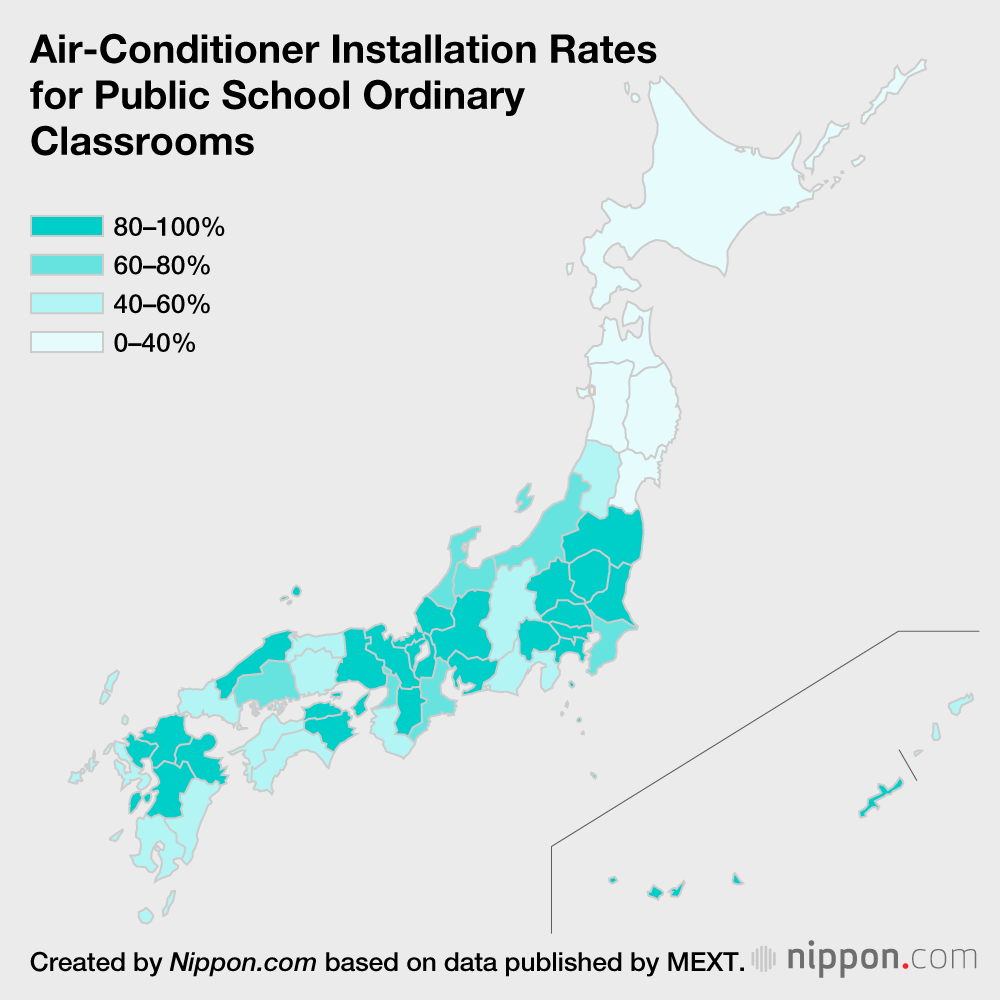