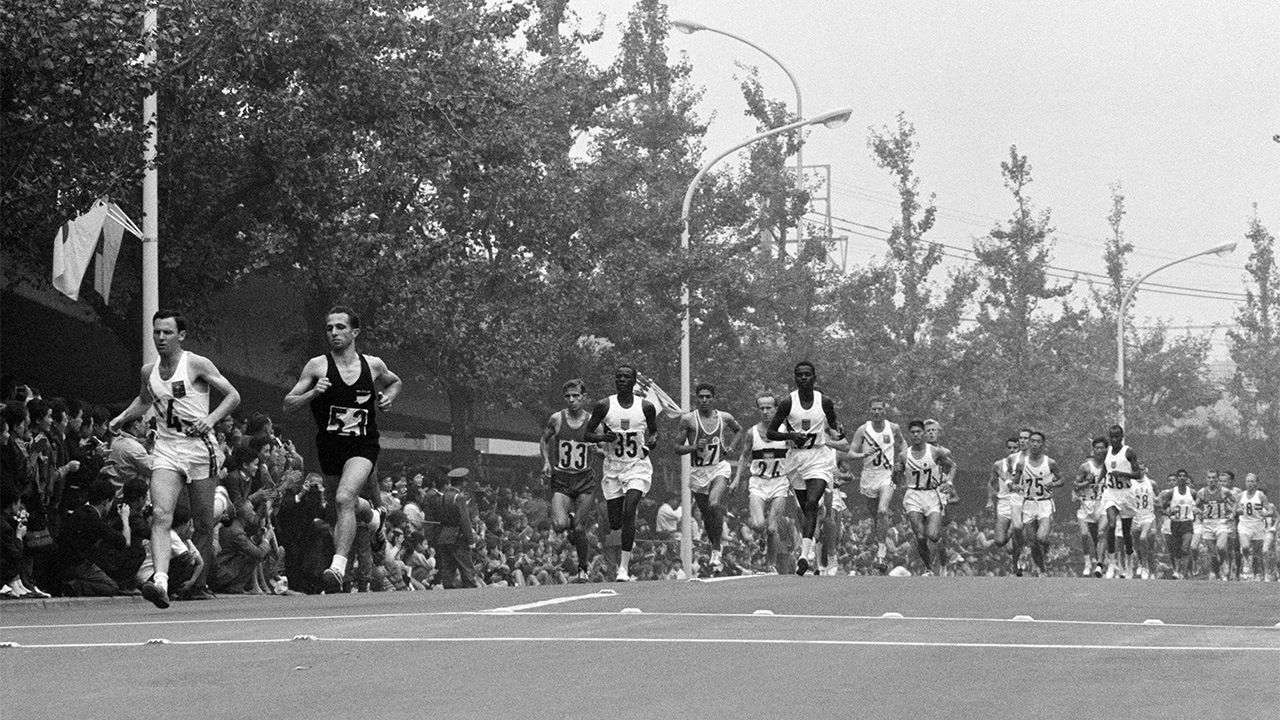 Society Oct 21, 2019
Japan did not have the same concerns about heat when it held its first Olympic Games in the middle of autumn in 1964.

The first Olympic Games held in Japan opened in Tokyo 55 years ago, on October 10, 1964. Over the two weeks of the events, the high temperatures were usually around 20 degrees, rising to 23.3 on the sixth day (October 15), while the low temperatures were between 10 and 15 degrees.

The 2020 Tokyo Olympics, however, will be held in mid-summer. The 2019 data for Tokyo in the period between July 24 and August 9, corresponding to next year’s event dates, shows that the lowest temperatures all rose above the highest temperature during the 1964 Games. The high temperatures all exceeded 30 degrees, and on six days the thermometer rose to 35 degrees or greater.

There are concerns that the heat at next year’s Olympics will not only impact athletes’ performances but may also affect their health and safety. At a triathlon held in August 2019 as one of the test events for the 2020 Olympics, the organizers decided on the day before the race, based on the forecasted heat index, to halve the length of the women’s run to five kilometers. 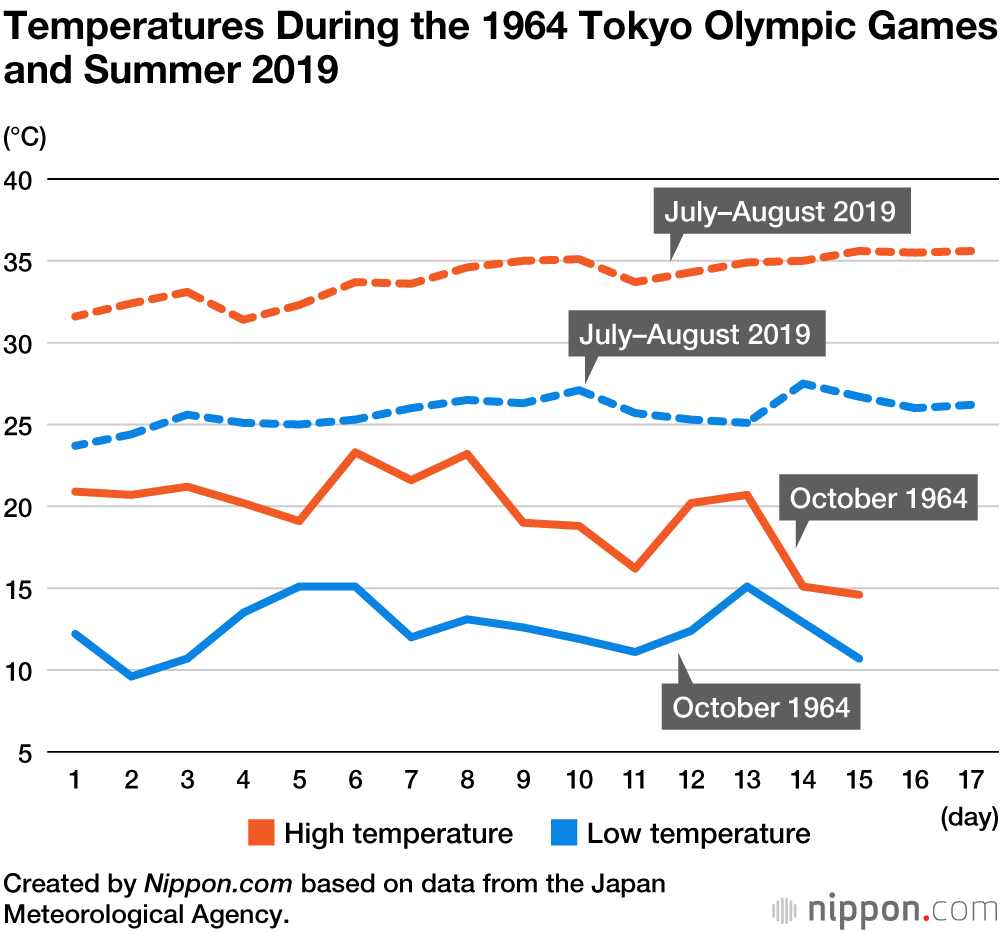 The typhoon factor is also important. Between 2015 and 2019 roughly 60% of annual typhoons struck Japan during the three months between July and September. A typhoon during the Olympics has the potential not only to seriously affect events like surfing and canoeing as a result of high waves and wind but also to disrupt the transportation network, causing problems for athletes and spectators. On the other hand, while typhoons are particularly prevalent earlier in the year, the devastation caused by Typhoon Hagibis this October shows that holding the event in this month is also far from risk-free. 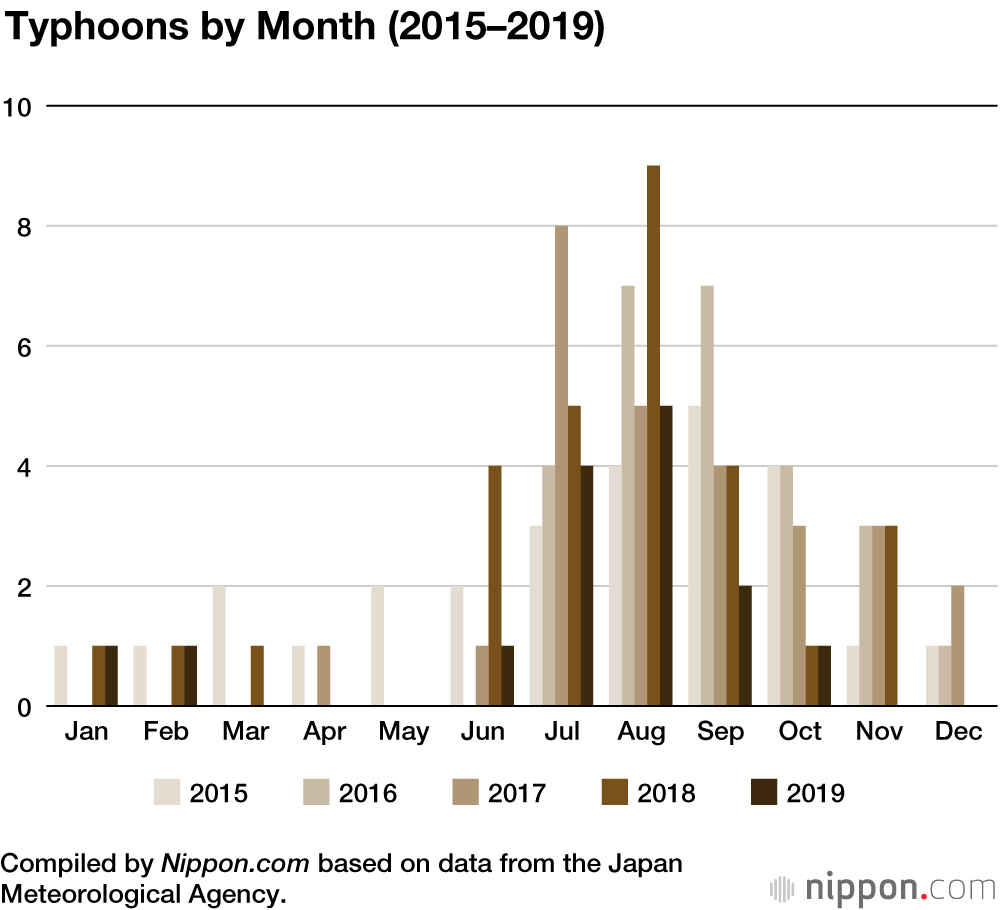 For the 2020 Games, the Tokyo government is considering various ways to deal with the scorching heat, such as installing mist showers and heat-resistant road pavement. But there is a limit to what such measures can achieve. At the end of the day, the organizers might just have to pray that the temperatures next year will somehow be cooler than usual.